Soulstice may take a lot of inspiration from other action games like Devil May Cry and Bayonetta, but there is a lot about this title that sets it apart. While, like its predecessors, the point of the game is to out-style your enemies as much as it is to out-fight them, the specifics of doing so are pretty different.

With your ghostly sister in tow and with a new setting to explore, there are plenty of small things to learn before you're fully ready to take on the enemies infesting Ilden, something that this guide hopes to help you with. 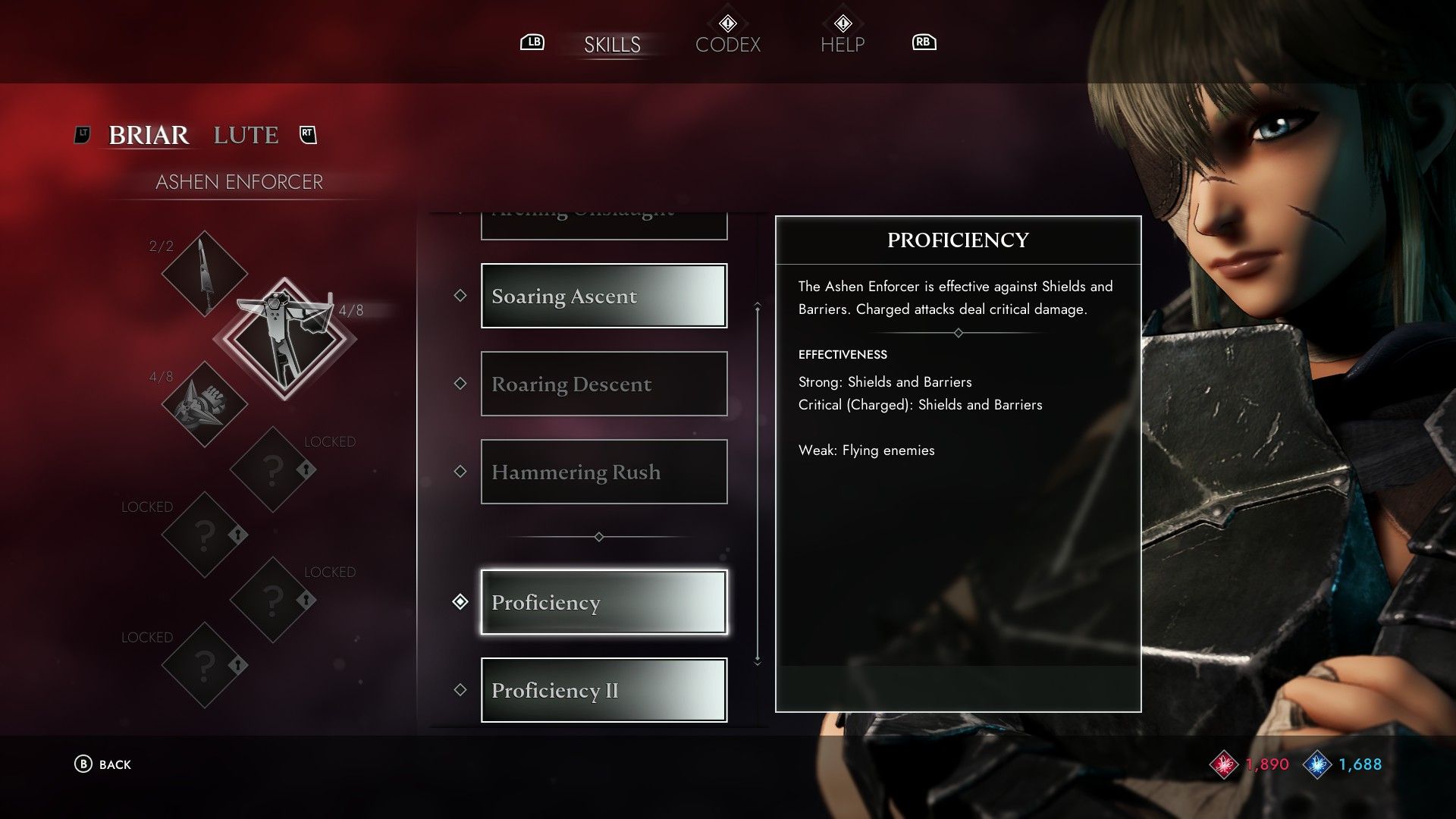 You start the game with the Ashen Vindicator, a massive greatsword that can transform into an equally massive hammer called the Ashen Enforcer. Over time, you'll add armored fists, a bow, and even a pair of matching cannons. Their differences go beyond their appearance and understanding those differences is crucial to succeeding.

Each weapon performs differently against different types of enemy health. For example, the Ashen Enforcer excels at smashing away enemy shields and barriers while struggling against flying targets. An early-game alternative, the Hand of Retribution, is better at stripping the protection from armored enemies, though it performs poorly when used on ferocious enemies like the nimble Slasher.

You can check your weapon's characteristics on its page in the Skills menu. Enemy traits, such as Ferocious and Armor, can be viewed at each foe's Codex entry.

Learn To Handle The Camera 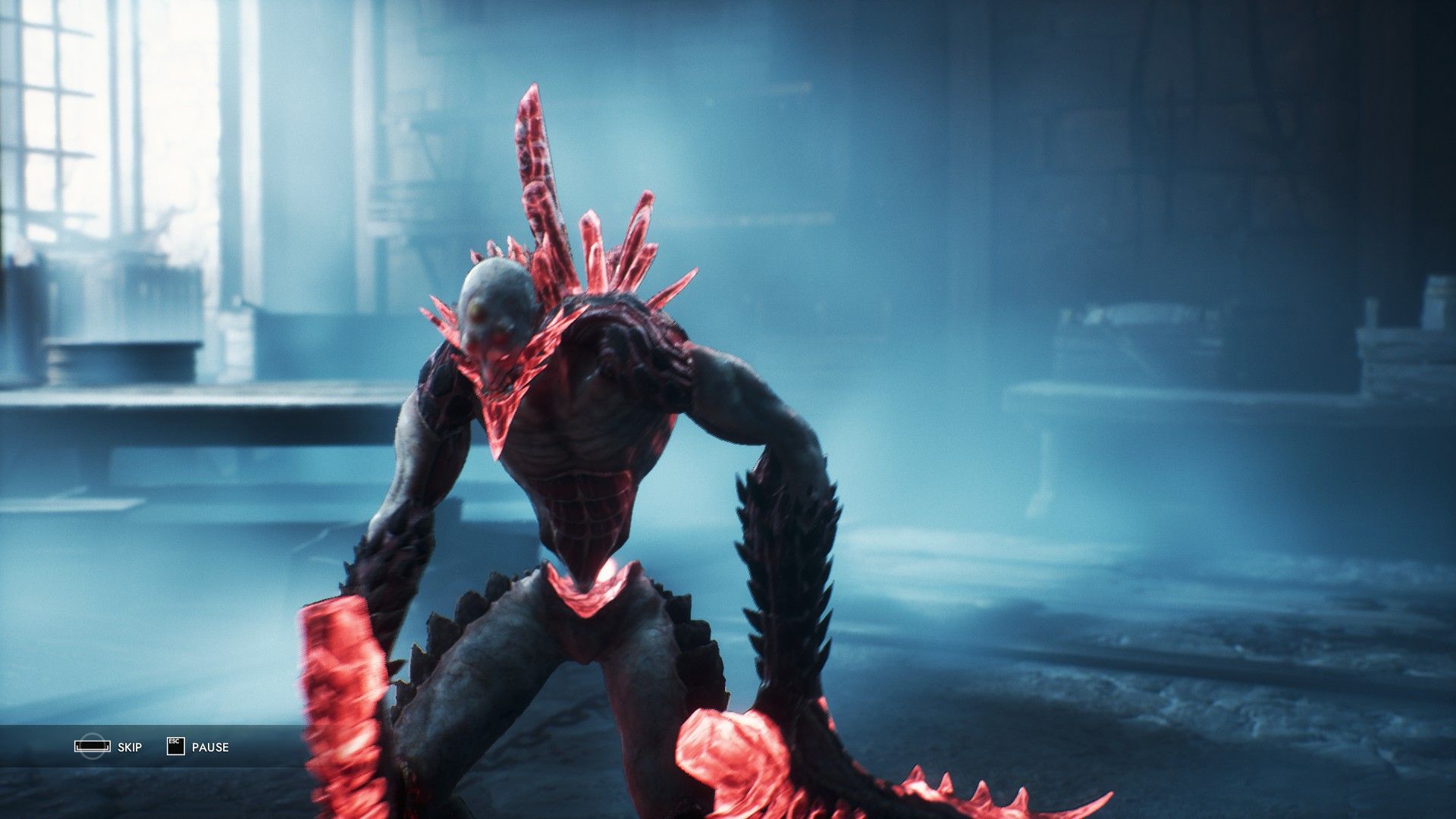 Sometimes, it feels like you're fighting two things at once. The enemies and the camera itself. Though it works great most of the time, it sometimes struggles at moments when you find yourself surrounded by foes. At its worst, you won't be able to see enemies striking from behind, ruining a perfectly good score.

The game's camera lock-on does alleviate this significantly by ensuring that the camera is always pointed at a single enemy. Learning when to switch from one target to another will help you maintain your situational awareness and keep you alive.

You can see the health and armor of locked-on targets, which can be really helpful for knowing which enemy to go for.

Try To Score As High As Possible 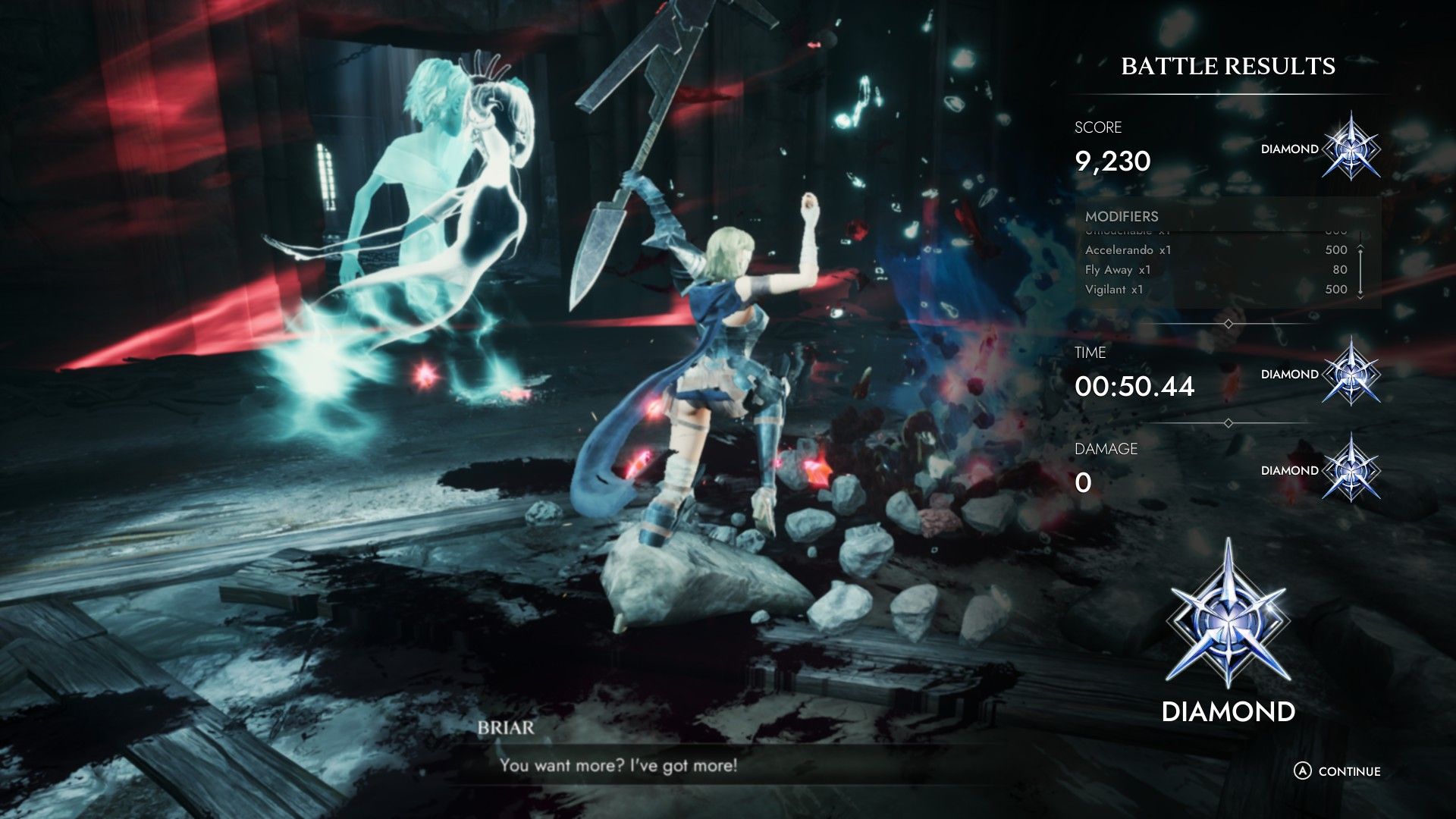 This may seem glaringly obvious but putting in the effort to mix up your combos and avoid damage will get you more than just self-satisfaction and a boost to your ego. The reward for completing each encounter goes up alongside how well you do. With the Red crystals used to buy Briar's many upgrades and consumable items in limited supply, maximizing how many you can earn from each fight will help you ensure that you've got enough tools to do even better at the next fight.

The battle results are graded in four tiers arranged in the following order: Bronze, Gold, Platinum, and Diamond.

You can improve your score by completing modifiers, small challenges that reward making the most of your weapons by recognizing feats like knocking away your enemies or countering at the right moment. This is graded alongside how quickly you finished the encounter and how much damage you took. 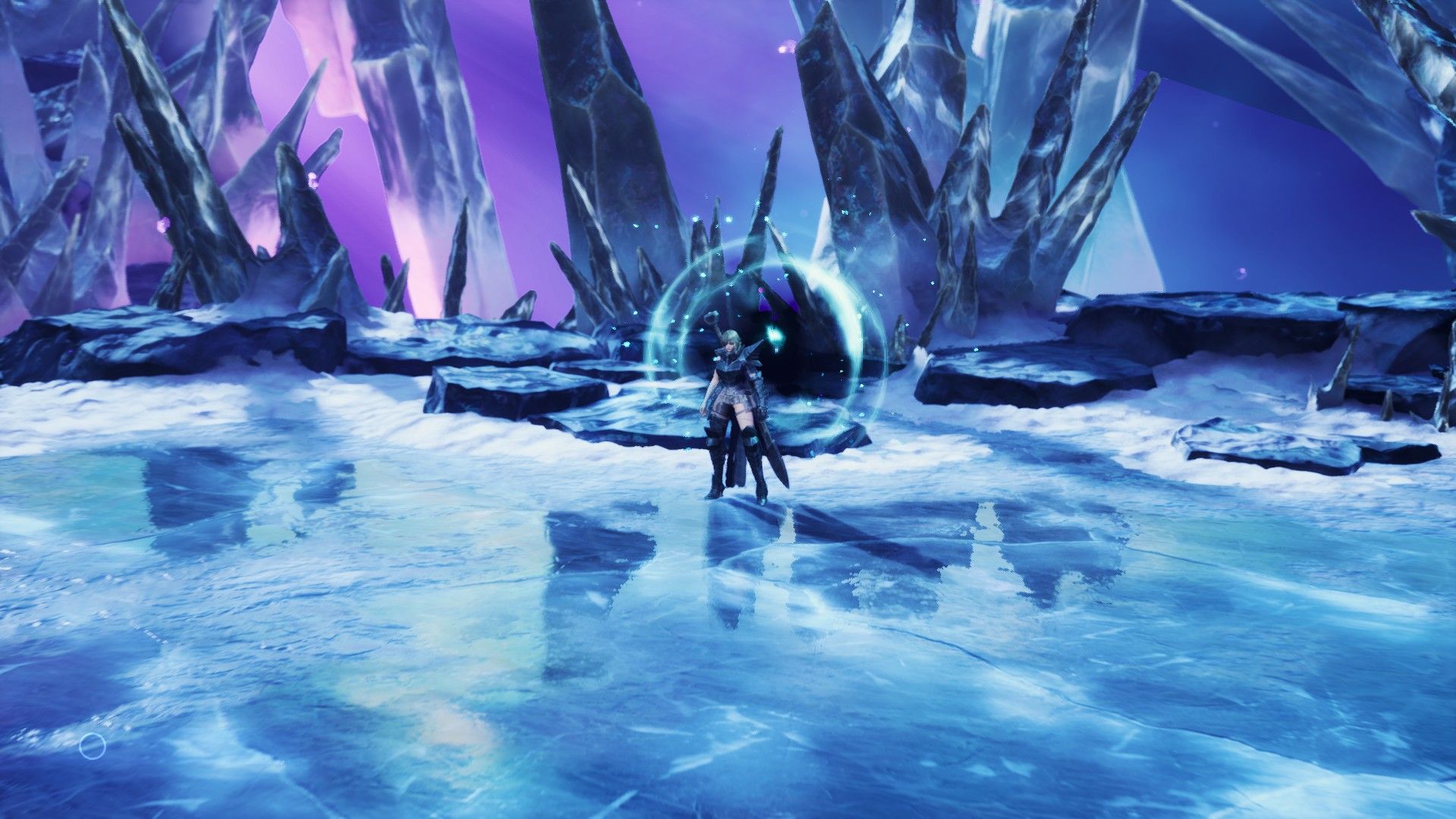 While on the topic of money, you should always explore Soulstice's levels whenever the chance arises. Searches can reveal more crystals to upgrade both sisters and even find you more encounters whose successful completions let you score higher.

You can also find items that increase your overall health and even Void Challenges, special arenas that force you to complete challenges under a strict time limit with rewards to match. 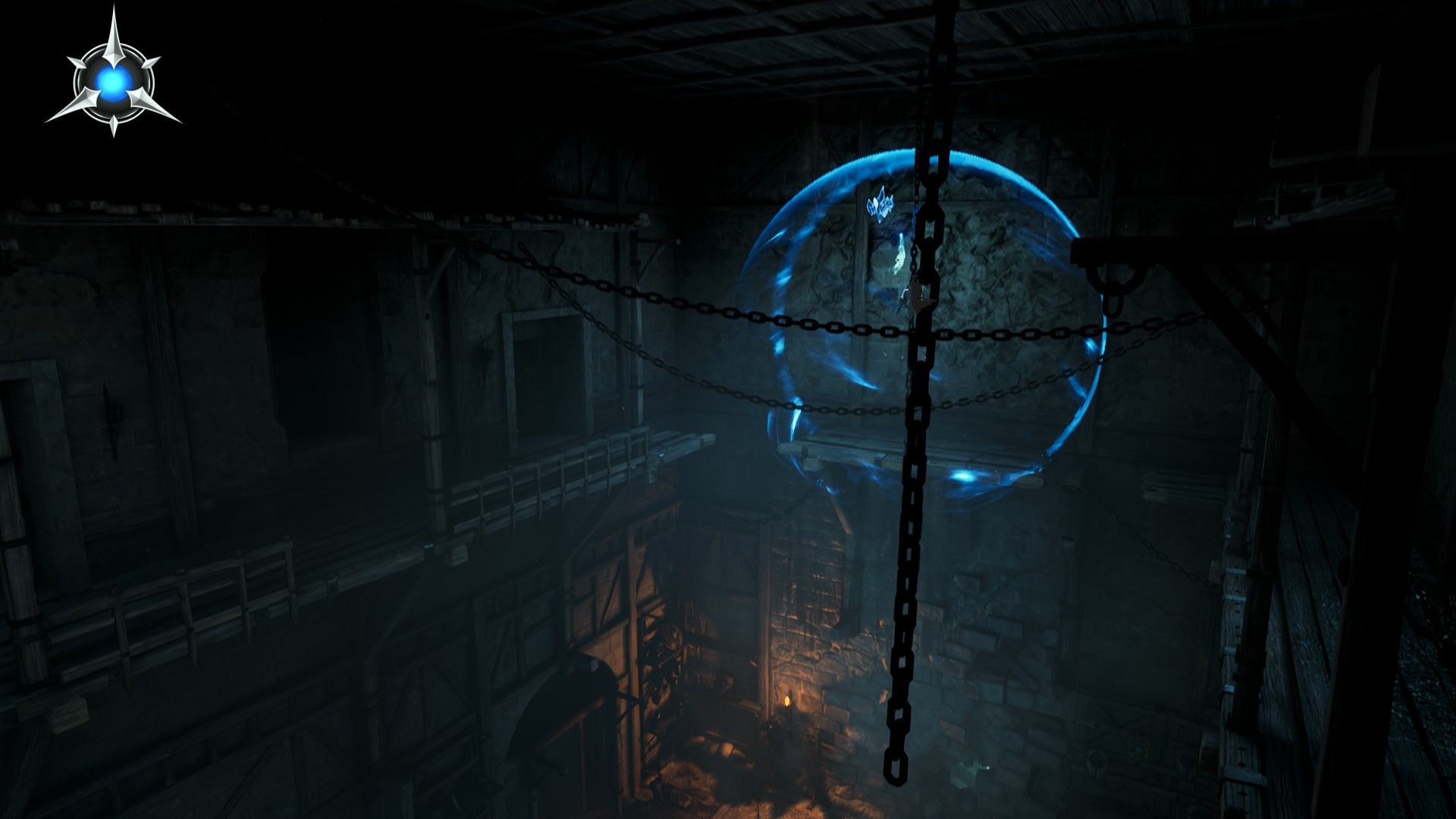 Lute is able to produce Evocation and Banishment Fields, creating a bubble around the sisters that let you touch the untouchable by making them tangible. These Fields are Blue and Red, respectively. You'll have to use them frequently throughout your mission both for combat and for exploration. Many of the game's most lucrative treasures need you to use these Fields to make platforms tangible or to destroy crystals. Some enemies can't be damaged without using the Fields at the right time.

It's worth remembering that Lute can't maintain these fields forever. The circle on the top-left corner of your screen indicates how long she can maintain it. The fuller it is, the less time you have. If the circle fills up, Lute is out of action for a few seconds.

There are upgrades that alleviate this limitation, either by defeating enemies or by consuming Unity once the gauge fills completely. 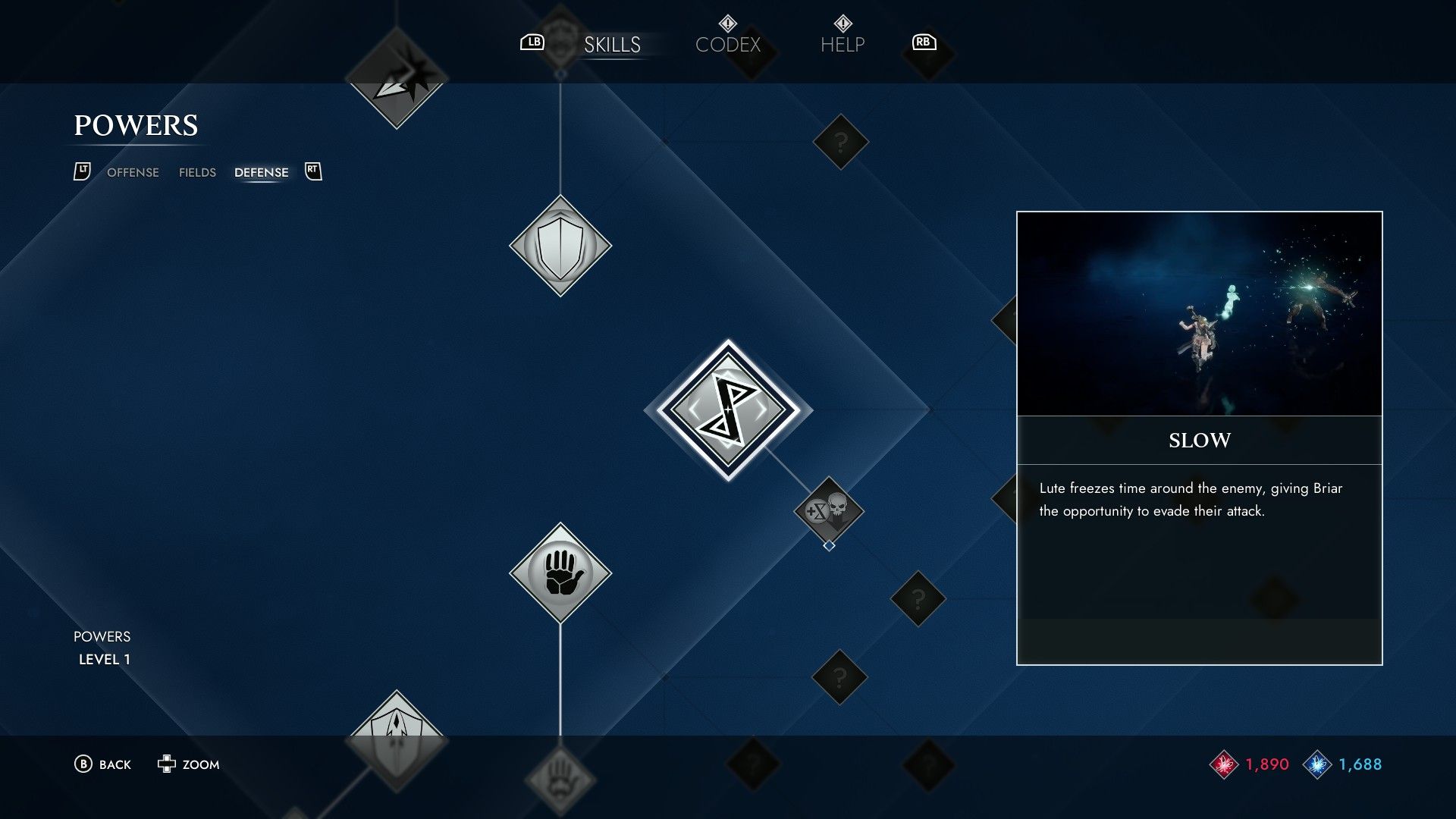 One of the things that Lute, your ghostly sister, will do in battle is to counter incoming attacks. The method she uses depends on what attack was thrown at her and how you've upgraded her. After some upgrading, she'll have a full complement of four Counters.

One of the main limitations that you'll have to work around are the enemies that won't be stopped by Counters. It's easy to be lulled into a sense of security by being able to Counter most enemies you find, something that changes before long.

The Slow counter is another one that you'll need to understand well. You'll be using it a lot since all enemies will suffer its effects. However, it's important to recognize that it doesn't stop attacks – it merely delays them. Smashing an enemy prone will stop the attack once the Slow ends, but that only works on smaller enemies. Bosses and otherwise tough enemies won't be stopped so easily. In these instances, Slowing tougher enemies to get away from their attacks is much smarter than taking the opportunity to get some good hits in.

One of your best defensive tools is the humble Dodge. It's not as fancy as a Counter, but diving away from an oncoming strike is just as good as using your ghostly sister to slap it aside.

Pay Attention To Your Unity 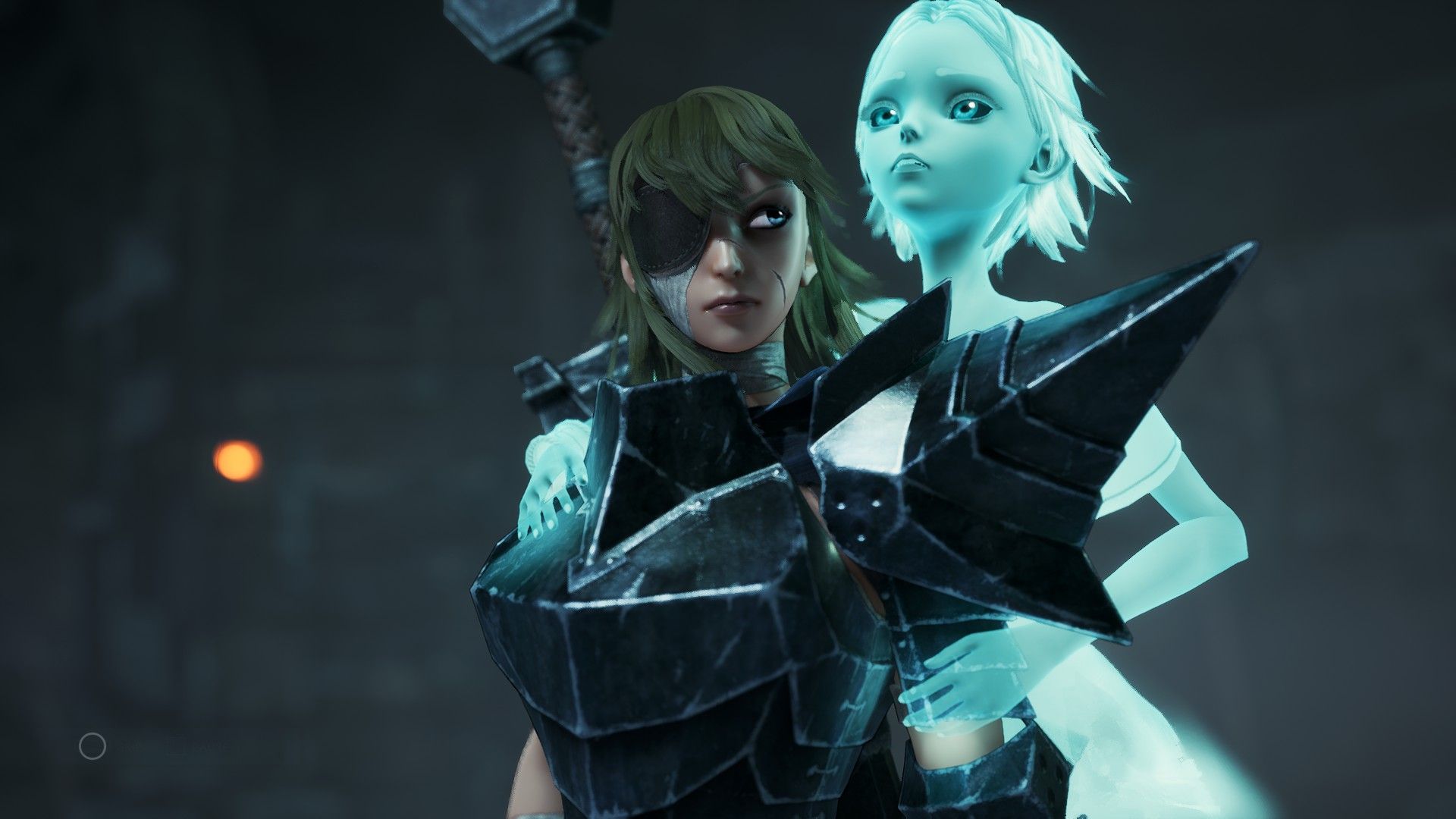 You're rewarded for using both sisters to their fullest with Unity, a resource that builds up in the upper-right corner of the screen. It's not something to focus on completely; fighting well and using all the tools available to you will build it up while getting hit will lower it. Filling up the Unity gauge will let you unleash a Synergy Attack, a hard-hitting finisher that can be used at the end of a combo. The attack will damage enemies in an area around you, perfect for clearing out areas.

You'll be able to expand on the feature as the game progresses by getting upgrades for Lute once they unlock.