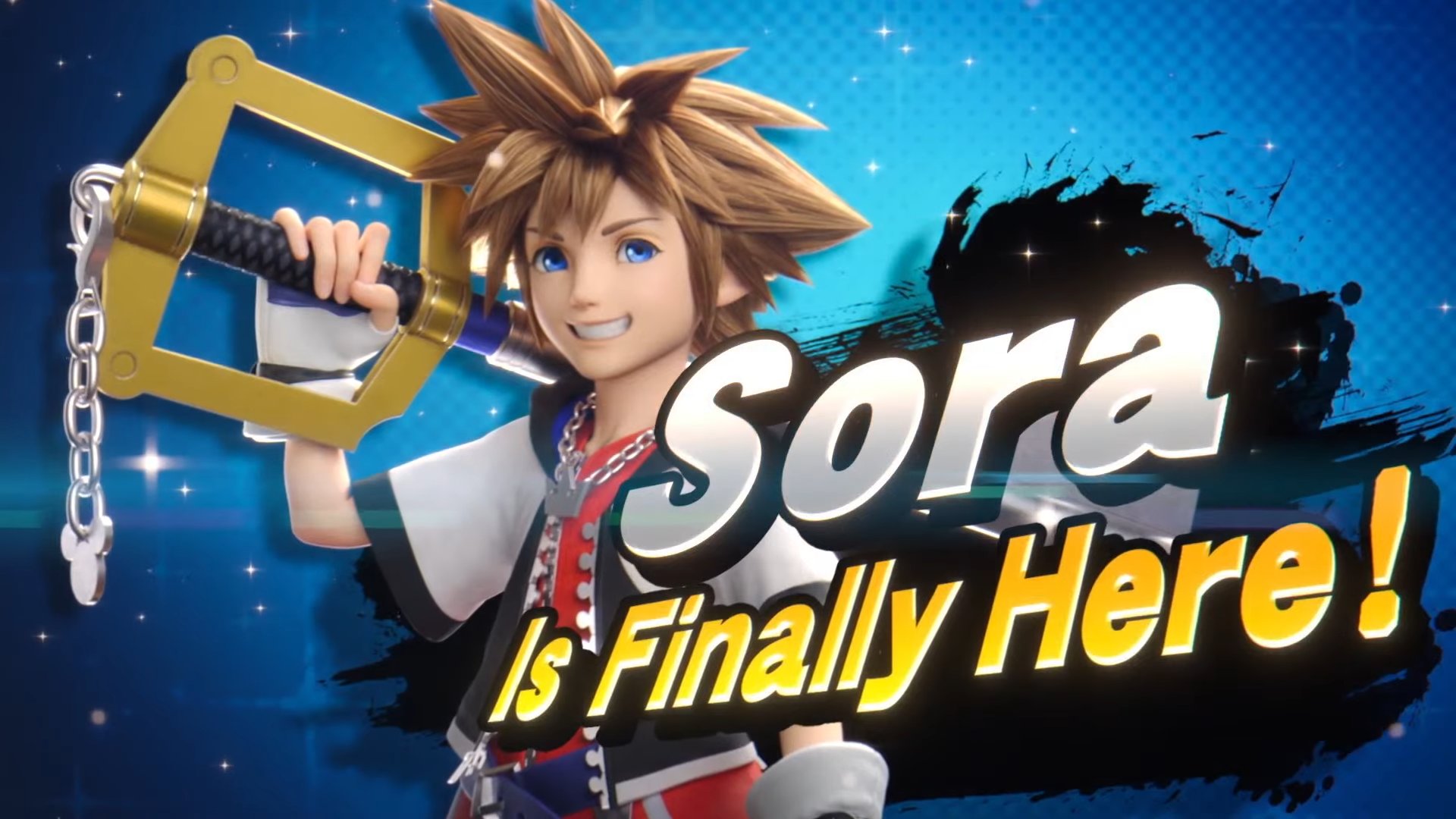 Nintendo has finally revealed the last DLC fighter for Super Smash Bros. Ultimate, with the main character from Kingdom Hearts.

After months of fan speculation the final DLC character for Super Smash Bros. Ultimate has been revealed and… it’s one of the more predictable choices and something fans have been asking about for ages. Which is strangely un-Nintendo.

Sora is the main protagonist of the Kingdom Hearts franchise, the crossover between Disney and Square Enix that while primarily associated with the PlayStation has seen plenty of spin-offs on Nintendo hardware as well.

The new DLC will be released on October 19, along with the final three Mii Fighter costumes, one of which is Doom Slayer, aka Doomguy. The other two are an Octoling wig and Judd hat from Splatoon 3.

The announcement was made by director Masahiro Sakurai, who has repeatedly said that not only is this the last DLC character for Fighter Pass Vol. 2 but it will be the last DLC of any kind for the game, which first launched in 2018 and has now sold over 25 million copies.

Once X Sora released the game will feature 86 playable characters (or 89 if you count the Pokémon Trainer’s pokémon and Pyra and Mythra as separate), with 74 in the base game and 12 from the two Fighter Passes.

Mii Fighter costumes have also added a huge range of characters from games, for those that didn’t get a playable character, ranging from Cuphead to Devil May Cry, Undertale, Assassin’s Creed, Shantae, and Fallout.

While Sakurai is adamant that there won’t be any more content created for the game it does seem probable that some kind of special edition will be released that bundles all the DLC into one package.

That hasn’t been announced yet though and, as fans will be well aware, what seems probable and logical to everyone else is rarely viewed in the same way by Nintendo.