You are here:
Home / Sony shows off PSVR2 broadcasting and cinematic mode 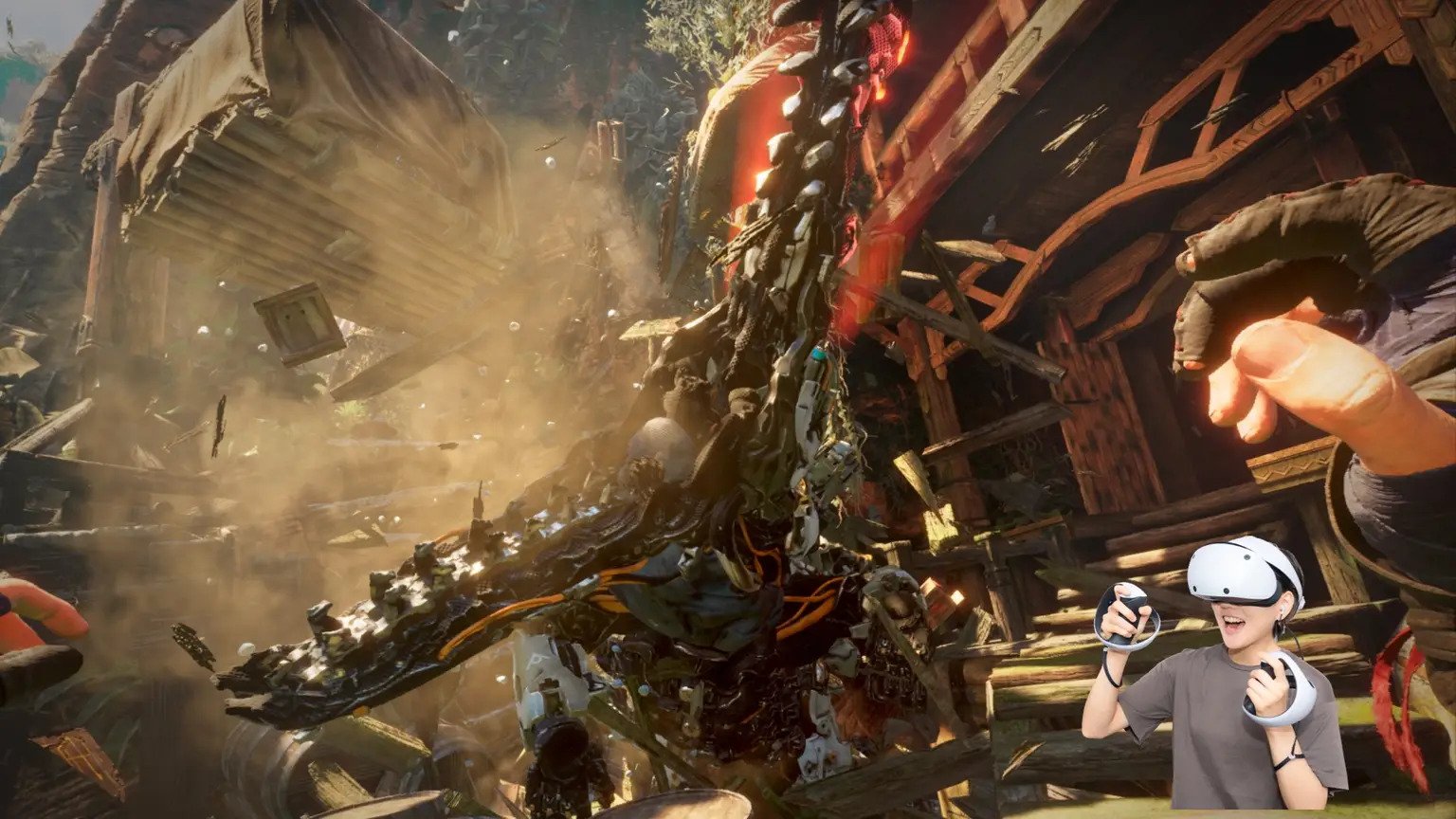 A new look at the PSVR2 headset reveals how the see-through mode will work, as well as customised play areas you can walk around in.

Many fans were upset when Sony didn’t put on an E3 equivalent preview event this June but what they did instead was reveal the first footage of games for the PSVR2.

They never actually showed anyone using the headset though, just the games themselves, but now a small blog update has revealed detailed of how the UI works and various other non-game features.

This includes a broadcast feature that allows you to film yourself while playing, by connecting a PlayStation 5 HD camera. Obviously aimed at streamers, the idea is that you’ll be able to see both the game and the person playing it, rather than just one or the other.

As with other headsets, such as the Oculus Quest 2, you’ll also be able to set up a custom play area to move around in. The cameras built into the headset scan the room you’re in and you can fine tune where it’s safe to move around without tripping up on anything.

There’s a GIF of the process working on the PlayStation Blog, along with pics of See-Through View, which again looks very similar to Oculus Quest 2, in that it shows the real world in black and white – in case you need to see what you’re doing without taking off the headset.

Cinematic mode is meant for viewing non-VR content, including ordinary PlayStation 5 games, on a virtual cinema screen. That’s been a feature since the early days of VR headset and while it’s never really caught on – because wearing a headset for that long while playing non-VR games gets a bit stuffy – it’ll run at a resolution of 1920×1080 with HDR video at 24/60Hz or 120Hz.

And that’s it. There’s no additional details for any of the games and no indication of when it’ll be out or how much it’ll cost.

Sony are promising to share that information ‘soon’ but given they’re not following any of the old schedules any more, it’s impossible to say when exactly that might be.