As much as we all love the PS4, its time has to come to an end at some point. Currently, Sony first-party games are still being supported on the aging console, but that may stop by 2025.

As spotted by Push Square, Sony's morning business briefing contained a slide that seemed to wipe first-party PS4 game revenue off the charts completely. The chart below shows that Sony is predicting its revenue split in 2025 will skew much more towards PS5, PC, and mobile, with PS4 nowhere to be found.

This may come as sad news to PS4 owners still yet to get their hands on the PS5, but Sony has stated it intends to fix the supply issue of its latest machine as a "top priority." If it does indeed keep offering first-party PS4 games until 2025, that'll be five years of post-PS5 support, more than any previous console generation. 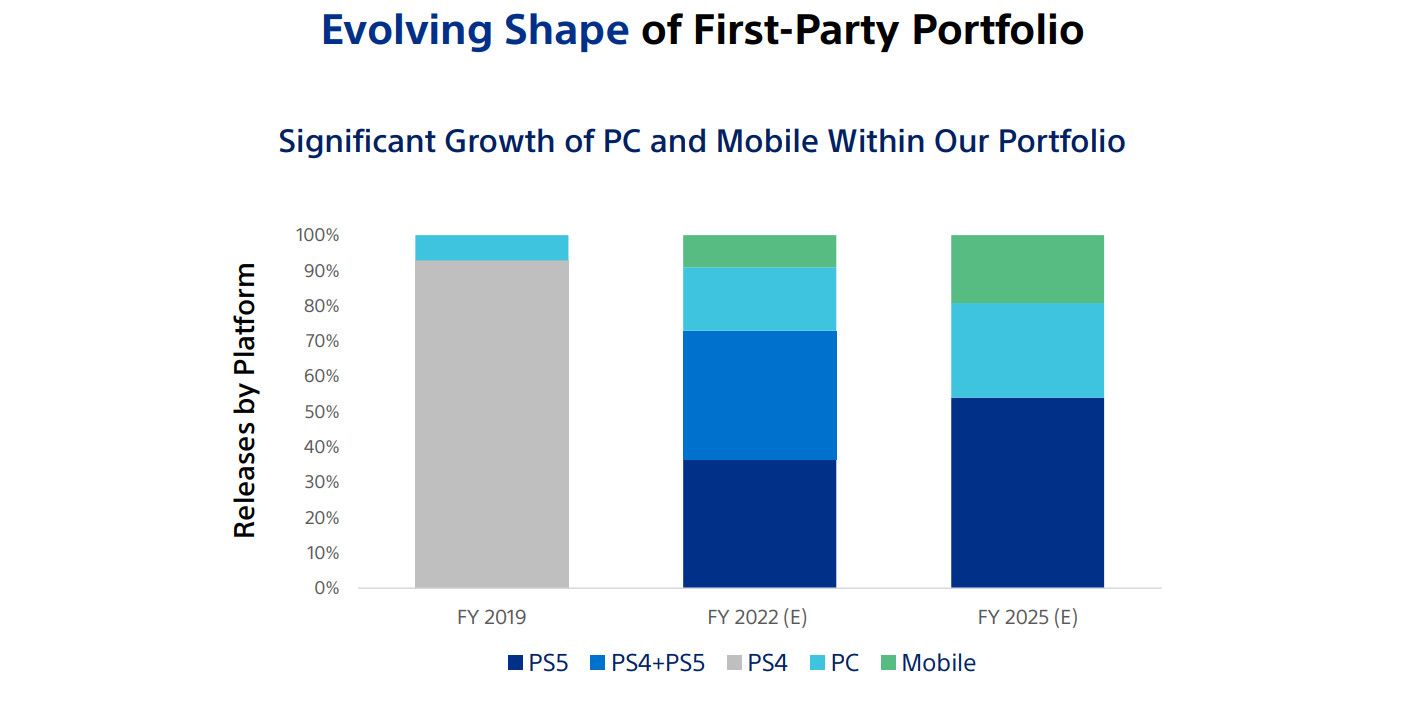 This also means that PS4 owners have a good few years left to upgrade to the latest hardware. Currently, it's still up to third-party developers to decide whether or not they wish to make games for both the PS4 and PS5 or just one or the other. Also, upgrades from PS4 to PS5 games will still be £10 for first-party games, and at developer discretion for third-party titles.

As well as Sony promising to make PS5 supply issues a thing of the past, the issue seems to be slowly resolving anyway. A quick search online shows that new PS5s are in stock in major UK and US retailers.

In other PlayStation news, Sony Interactive Entertainment CEO Jim Ryan revealed that as well as The Last of Us, God of War, and Twisted Metal, Sony has Horizon Zero Dawn and Gran Turismo TV shows in the works.

The company has also come under fire since a report surfaced claiming it wouldn't support any statements made about abortion rights. Jim Ryan also reportedly told staff to "respect differences of opinion" with regard to abortion rights.