You are here:
Home / Skyrim VR Is Better If You Punch Everything

Skyrim VR Is Better If You Punch Everything

Skyrim VR combat is messy. Melee weapons don’t feel right because each swing spams the attack button without any input delay, meaning you can gently wiggle your wrist and send a flurry of hits against your enemies. It’s disorienting and clunky, so I had half a mind to turn the game off, but then I got into a few fistfights after a little brawl in Markarth, and something clicked. Before I knew it, I was knocking out werewolves, storming a vampire castle with nothing but my two fists, and staring down Paarthurnax with my hands raised up. No comment on how many of those fights I won, mind.

Fist runs have been a thing since 2011 when Skyrim launched. I remember finding a YouTube video with a detailed guide on what gear to use, what race to pick, and what stats to level up, all to optimise the best fist-fighter in the province. You’d pick Khajiit, get the Ratway gloves, the heavy armour perk, and the College of Winterhold rings, and then charge headfirst into Sovngarde to punch Alduin’s teeth out like you’re in a drunken brawl outside Wetherspoons at 3am. Ulfric’s your dodgy mate from school yelling, “Yeah! Fuck him up!” from the sidelines.

It’s a workout, too. There are whole VR fitness games dedicated to boxing with a beat, but this comes with the added perk of knocking Nazeem’s teeth out. It’s a challenge run in the base game, but in the VR version, it’s the best way to fully immerse yourself. Skyrim, at its core, is a power fantasy. You’re a tough-as-nails Dragonborn capable of shouting down giants and levelling whole cities, but more often than not, we awkwardly crouch about with a bow and pick people off from the shadows. Crouching in VR is sickly, because either you press a button and shrink – which is nauseating – or you crouch in real life and hobble around awkwardly. But you don’t need to do any of that when you can wail on everyone instead. 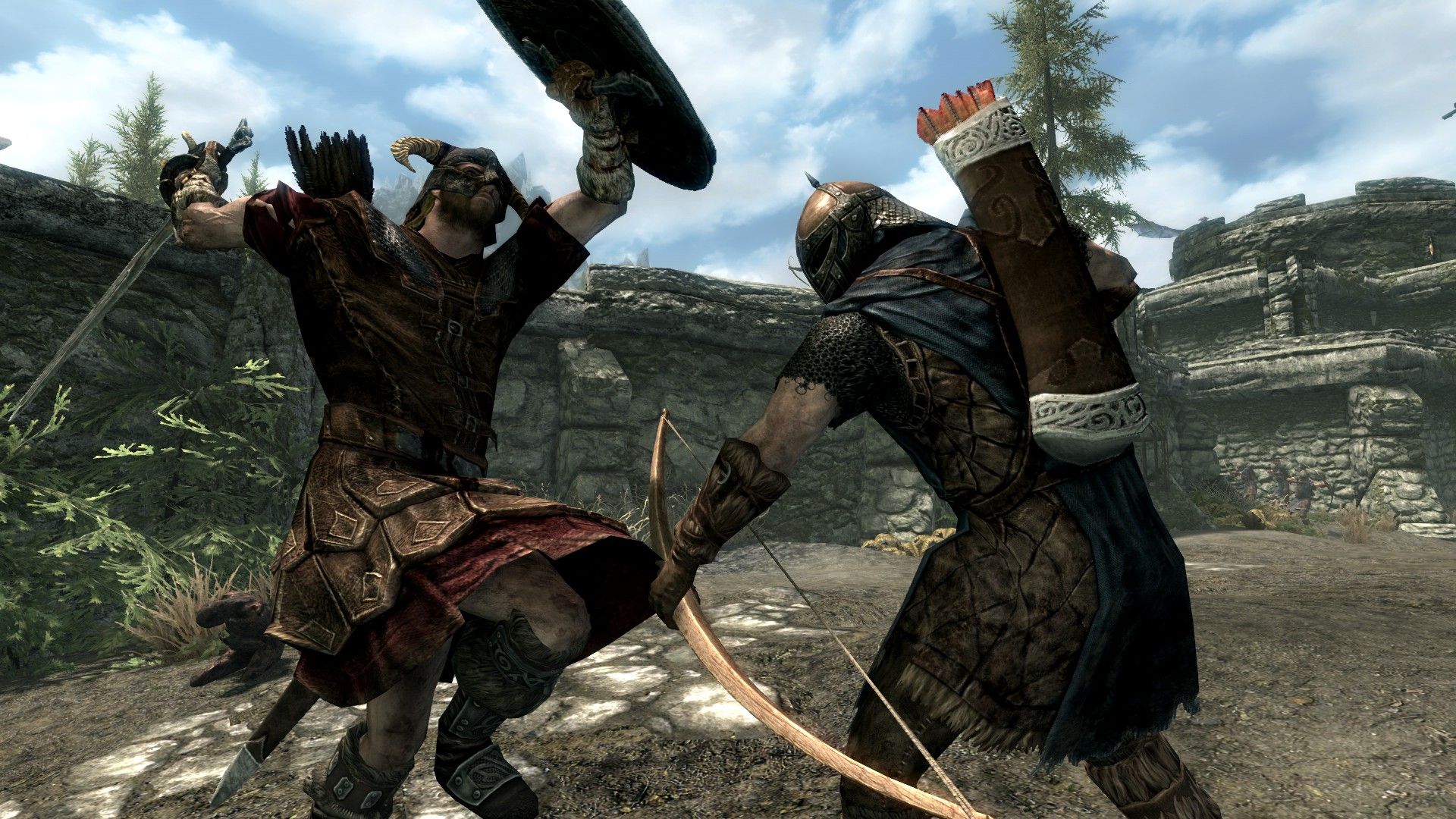 I started my run as a battlemage, hurling fireballs at people from afar while conjuring up dremora to fight by my side. Then I got into a brawl with a miner and it clicked. Magic from afar is just tapping a button, the same experience as using a controller in the standard edition on my PC. Using weapons in VR feels awkward because you press a button to summon them and then they don’t register realistically in combat, creating a jarring disconnect. But punching? I put my fists up, albeit probably in the completely wrong stance, and jab, uppercut, and all other boxing terminology I definitely know.

I’m breaking a sweat swinging right hooks and swerving out of the way of attacks before leaping back in for another punch, watching as my opponent flops to the ground. Then I pick ‘em up, chuck them off a hill, and raise my hands in the air like a Tusken Raider. I’m really glad nobody walked in on me doing that.

If you put me in a ring with Mike Tyson, I’d be dead in seconds. But if you put me in a VR headset, keep me at a safe distance from the TV so I don’t shatter the screen, and hand me two controllers, I can probably take on a frost troll or two. That’s what power fantasies are all about. Granted, when I tried to fist-fight a giant and got sent flying into the sky, I nearly threw up. Swings and roundabouts, eh?