You are here:
Home / Skate 4 re-emerges with pre-pre-pre alpha footage and insider playtests 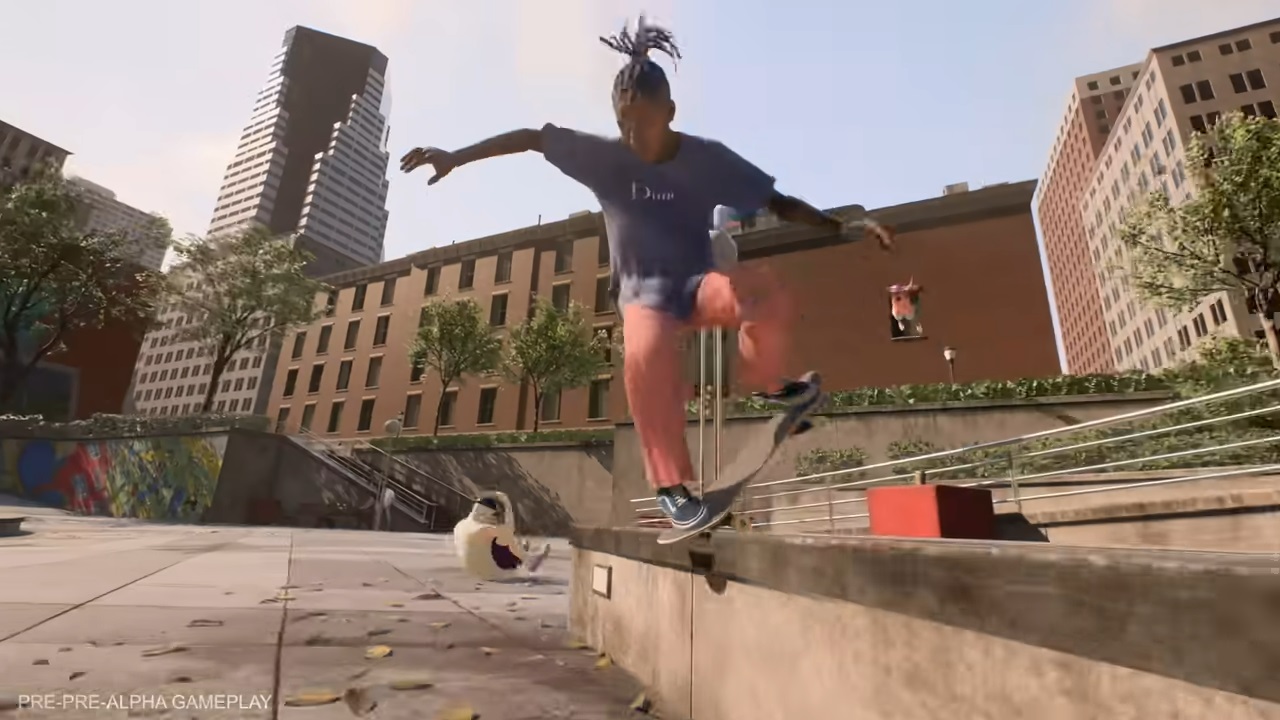 It looks to be years away from coming out, but EA is letting people try out the new Skate in closed play sessions.

It’s been a while since we last heard anything about Skate 4, at least officially. Some early footage leaked online back in April, but it was only 30 seconds long.

More recently, official behind the scenes footage was shared by EA and developer Full Circle. The bad news is that Skate 4 (or simply Skate as they call it) is still likely years away, with the gameplay being from a pre-pre-pre alpha build.

The good news is that EA has announced it will be running insider playtests, meaning regular fans can try the game out and provide feedback to the developers.

It’s not a public test, though. Not only will you need to sign up for EA’s insider programme to participate, but you’re also not guaranteed to be selected for any of the playtest sessions.

If you do manage to get in, you’ll need an EA Origin account as well, since the playtests will only be available on Origin via PC. More platforms will be added as time goes on but, as it stands, we don’t know exactly which consoles Skate 4 will be released on.

Considering how early in development Skate 4 is, EA isn’t even calling these sessions beta or alpha tests.

‘We’re very early in the development of Skate and are bringing players into the game much sooner than is the norm in our industry,’ it admits in its FAQ page.

‘We’re incredibly passionate about Skate and want to ensure we’re building the best possible game, and that’s why we want you playing and providing feedback early enough for us to make meaningful decisions and changes ahead of a worldwide launch.’

Unsurprisingly, EA has stressed that anyone who takes part in the playtests do not share any information about them, whether it be through word of mouth, social media, or recorded footage.

Even so, we fully expect someone to break those rules regardless and leak information. The April leak is already a testament to that and we’ve seen it happen before with other closed playtests, like the one for Ubisoft’s Skull & Bones.

If you want a shot at playing Skate 4 early, you can sign up for EA’s insider programme via the official website.