You are here:
Home / Silent Hill Elden Ring Mod Lets You Terrorize The Lands Between As Pyramid Head

Elden Ring's character creator is just as elaborate and in-depth as FromSoftware's other titles. At the time of release, fans were sharing their weird and wonderful creations, including everything from Handsome Shrek to Gigachad. It can't do everything though, so if Elden Ring fans want to cosplay as a more intricately designed character, they have to get creative. In steps modder Tallmaget, who has displayed their love for Silent Hill 2 by causing chaos as Pyramid Head in The Lands Between.

First shared by PCGamesN, Tallmaget has also allowed everyone who'd like to cosplay as everyone's favorite geometrical villain to do so by making the mod available to download over on the Nexus Mods website. Unfortunately, you won't be able to play as Pyramid Head from the get-go, as the mod adapts existing gear that can only be obtained by beating some of Elden Ring's toughest enemies.

To acquire Pyramid Head's gown and iconic helmet, you'll need to find yourself the Crucible Tree Armor and the Crucible Tree Helm. For the rest of the armor, you'll have to go and beat up Radahn and pinch his Greaves and his Gauntlets. Of course, Pyramid Head isn't complete without his massive, terrifying, blood-soaked knife, and to get that you'll need to grab a Troll Knight's Sword. Once you have all the gear and have properly downloaded the mod, you'll be able to terrorize The Lands Between to your heart's content. 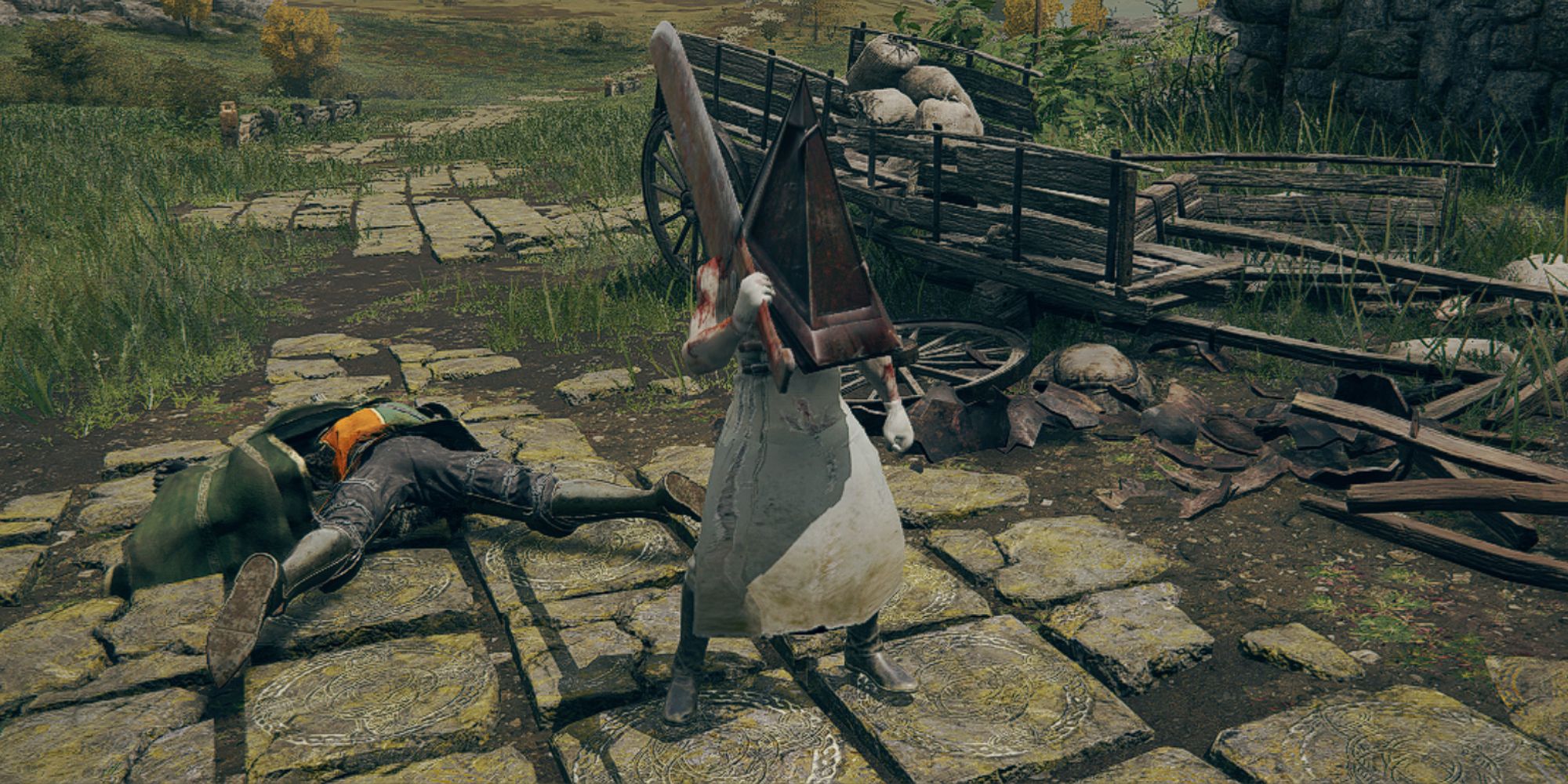 If you really want to amp up the fear factor, this mod also comes with a "bloodlust massacre" version which covers Pyramid Head from head to toe in blood, and is something that modder Tallmaget "highly recommends."

Hopefully, for Silent Hill fans, this can alleviate some of the ravenous desire for a new game. However, it might not be too long before we get either a new entry or some remakes, as the director of the 2006 Silent Hill movie Christophe Gans claimed in a recent interview that the franchise "is going to be relaunched in terms of video games." Whether this is genuine insider knowledge or just Gans' hunch remains to be seen.