If there’s one sports genre I’m into, it’s snowboarding. That and skateboarding. I guess I just like anything with boards. Well, except for board games. Anyway, my love of the board has been a real shame over the past generation as, although skating games are having a Renaissance, snowboarding games have almost completely disappeared.

What was once a genre filled with stand-out titles like SSX and Amped is now down to an individual sport amongst many in Rider’s Republic and Steep. Those games do it well, but I’ve wanted something purely dedicated to snowboarding for some time now, and Shredders is here to do just that. 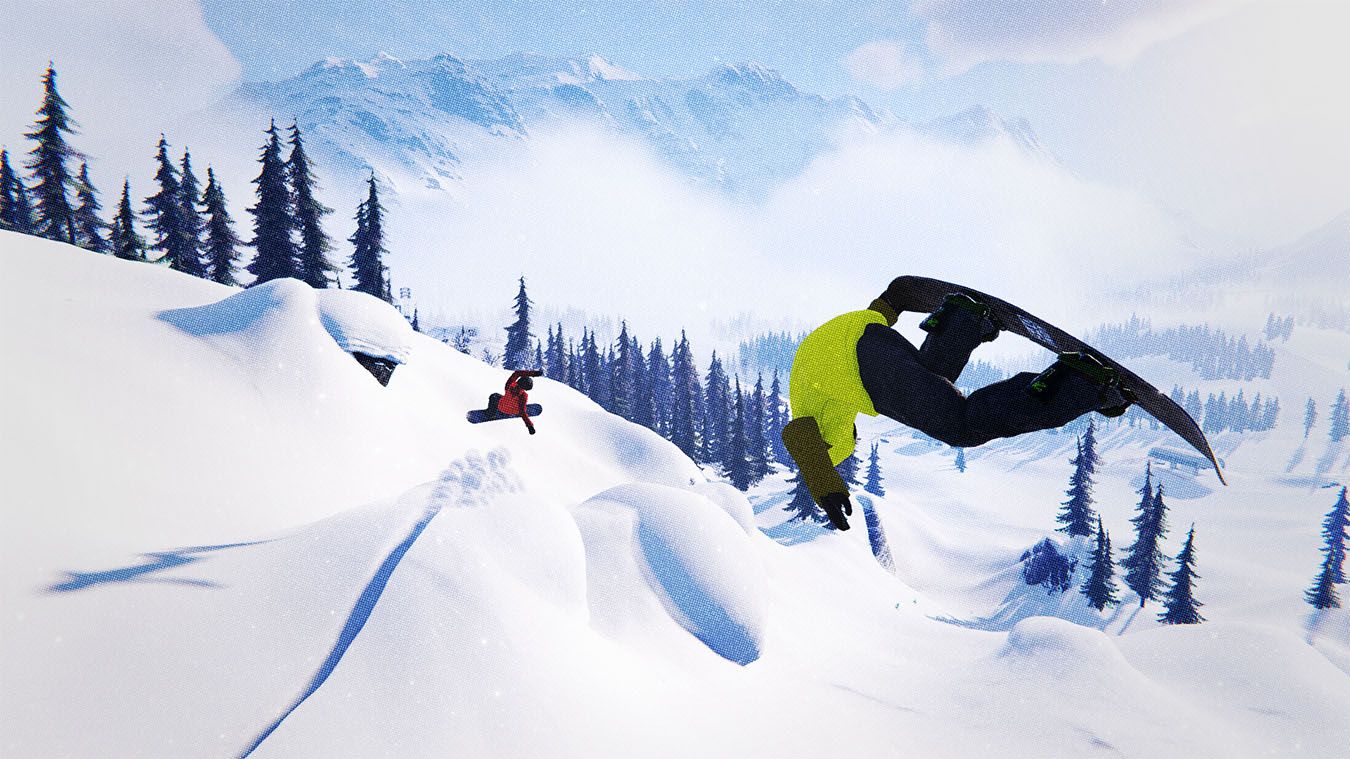 At its core, Shredders is low-budget snowboarding Skate. If that doesn’t paint a clear picture for you right off the bat then damn, I guess I better write some more about it, but if you’re a fan of boarding games that’s probably enough to get you interested right off the bat.

Shredders has you playing as the second member of Shreddageddon, a YouTube channel with 20 subscribers that is trying to make it big. They decide to shred through some flags and end up working with 540 Indy to slowly gain some attention.

As soon as Scotty, the talkative one of your internet duo, opened his mouth and spewed some YouTuber cringe my way, I thought this was going to be the worst part of Shredders, but it ended up being one of my favourites. The main two characters, Scotty and Lisa, bounce off of each other really well and there’s a great tongue-in-cheek nature to the whole thing. It’s pretty funny when it wants to be, such as when Scotty asks a French snowboarder to say “cinq cent quarante” and keeps mistaking it for sink sunk carrot. It’s stupid, but it’s got a lot of heart.

Of course, it’s also massively cringe at times, with one instance of the phrase “peace out brussel sprout” that almost made me want to quit playing games altogether. Unlike Riders Republic, which is cringe in all the wrong corporate ways, you can tell it’s meant with love here, like a dad who finds himself funny. There’s also a good mix of love for the sport, with real snowboarders like Zeb Powell and Jamie Anderson making appearances that help things feel a bit more authentic. 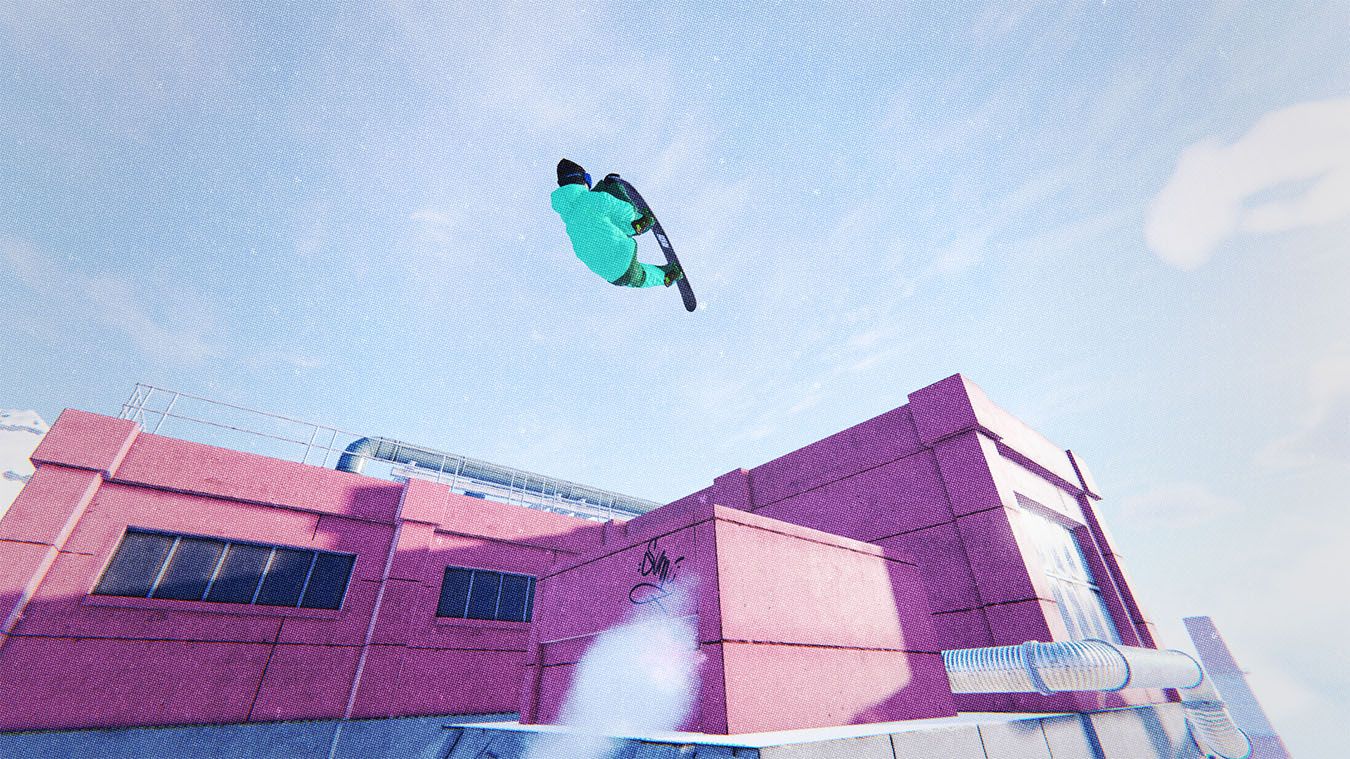 The story and characters were a surprising positive of Shredders, but it’s really all about the snowboarding. This is where the comparison to Skate comes in, as instead of button presses that let you perform 900s with ease, you’re instead using the right stick to control the board and influence what trick you’re going to do.

Here, something as easy as spinning in the air a few times can be quite difficult to nail down because of how physics-based gameplay is. You need to learn how your board controls and put a lot of force into spins, prepping them before you fly off a ramp. At first, I hated this and wanted the instant serotonin of something like SSX, but as I learned how to do some tricks and got the basics down, it became a lot more satisfying.

Luckily, Shredders also nails how blisteringly fast snowboarding can be, as you can bomb it downhill with little effort, making it easy to find another ramp to try and pull some tricks off. Not that Shredders will help you with figuring out the tricks all that well though, as there’s no trick list in sight here. All you have are the loading screen tips, which just aren’t that helpful.

For something that makes performing tricks feel like such a cool moment for the player, it’s a shame that it doesn’t help you out more and counts on you to either memorise it or get lucky in the moment. The lack of a proper trick list is probably down to how low-budget Shredders is, but that doesn’t make it any less annoying when I forget how to prepare for a jump for the eightieth time. 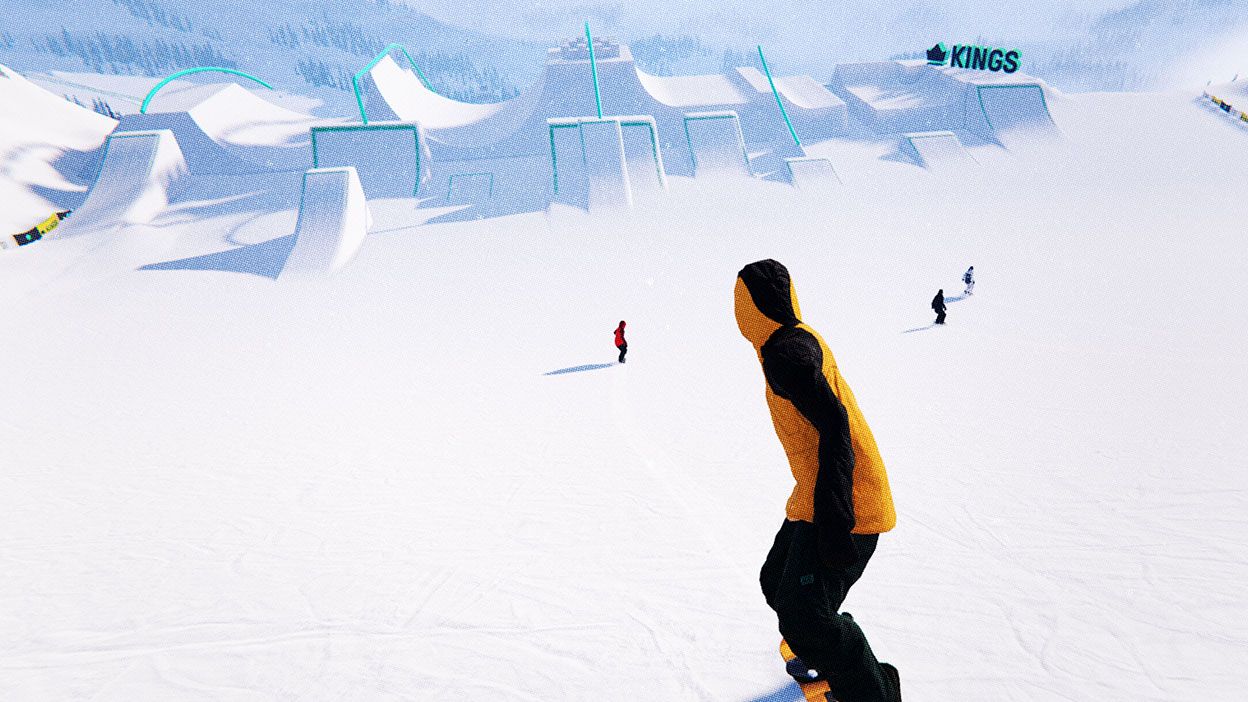 In some ways, Shredders being low-budget actually works really well for it. Not only does it make fourth-wall-breaking jokes about it during cutscenes, but it also feels a lot more focused because of it. You won’t be finding Ubisoft-size worlds here, and I’m grateful for that.

On the other hand, there are some elements where the budget lets the game down a bit. For one, the sound design is pretty awful, tearing through snow sounds less like crunchy rubber (that’s totally what snow feels like, shut up) and is more like someone is pumping static into your ears. Other noises like grinding and smacking into things also sound pretty bad, but the snow is the big one considering how important it is to the game as a whole.

There’s also not a lot of meat on the bones here. The story mode can be completed in around two hours depending on how committed you are to completing all of the bonus objectives, and there are only a few side missions and collectibles to find in the world. It’s very much a game to flick on for a bit and mess around with, rather than something to dedicate yourself to.

I ended up feeling the same way about Shredders in comparison to SSX as I do with Tony Hawk and Skate. I prefer the fast-paced arcade action of the former, but the latter is a great time as well. I’d love to see the core gameplay and vibe of Shredders with a little more budget put into it, as there’s something special hidden underneath all the snow.