You are here:
Home / Shovel Knight Dig: How To Beat Tinker Knight

Shovel Knight is eligible for franchise status, and it continues to grow with Shovel Knight Dig. The first game established a very rich and vibrant universe full of many colorful characters. Among them were, of course, the villains, particularly the Order Of No Quarter. Comprised of eight knights, Shovel Knight had to defeat each one in their appropriate domain.

Some of them became more popular than others to biome recurring characters in the series. A returning face is Tinker Knight, who has been an ally before and now serves as a boss at the end of the Smeltworks. His engineering skills keep you guessing what contraptions he's waiting to unleash.

How To Beat Tinker Knight 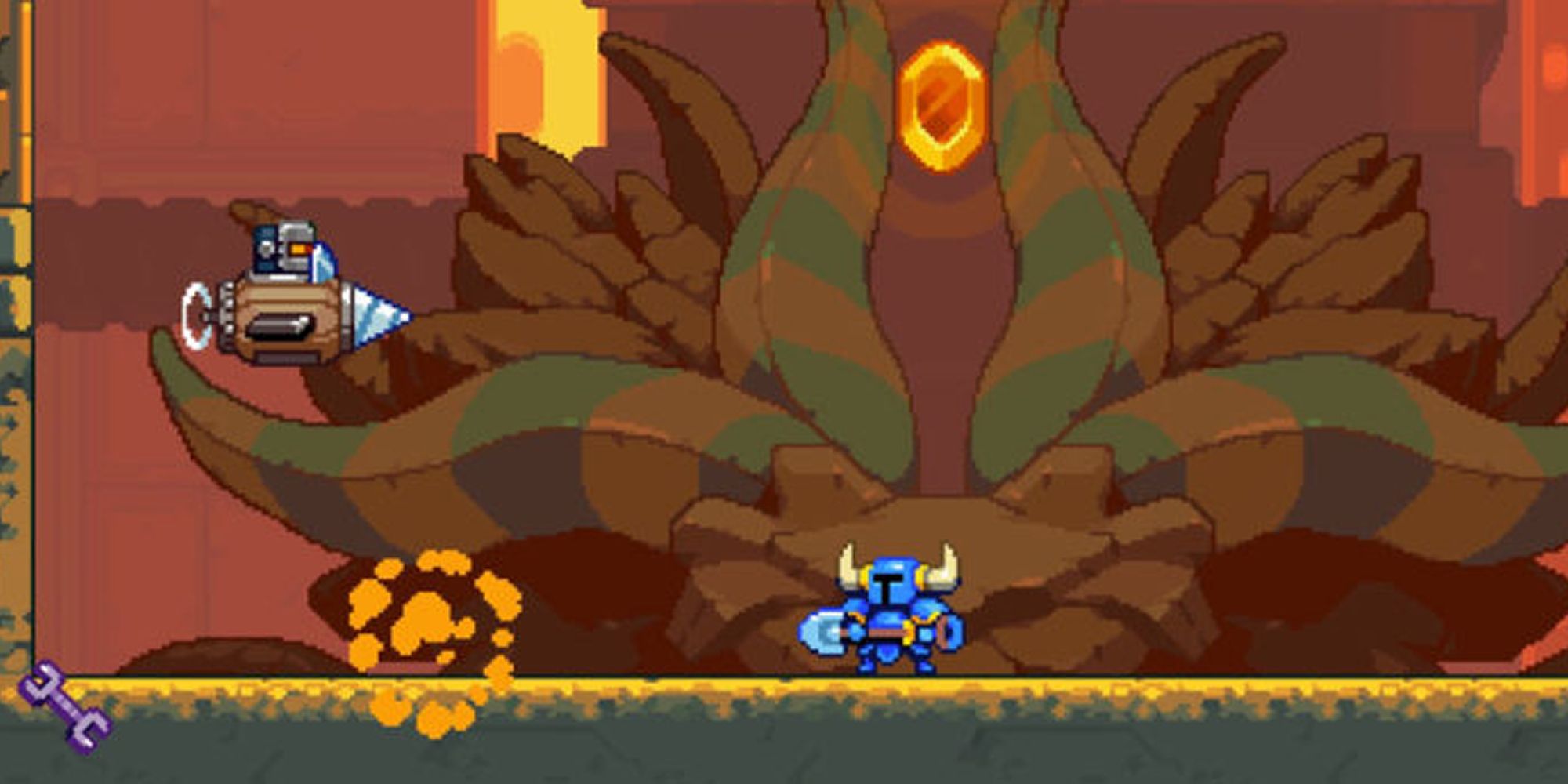 Tinker Knight is unique in that his stage doesn't really change much. Whenever you confront him, you'll be in a small nondescript chamber with a bunch of empty space. This is for the first phase, where Tinker Knight needs space to move.

When the second phase starts, the bottom part of the room will be flooded with lava, and you'll have to platform across his machine.

To land hits on Tinker Knight, you simply need to strike him whenever he's exposed. Due to his lack of armor, he's vulnerable as long as his body or head can be struck. In his first phase, you can strike either his body or shovel drop on top of his head. In the second phase, it remains the same, but he's much more mobile and goes inside his machine frequently. 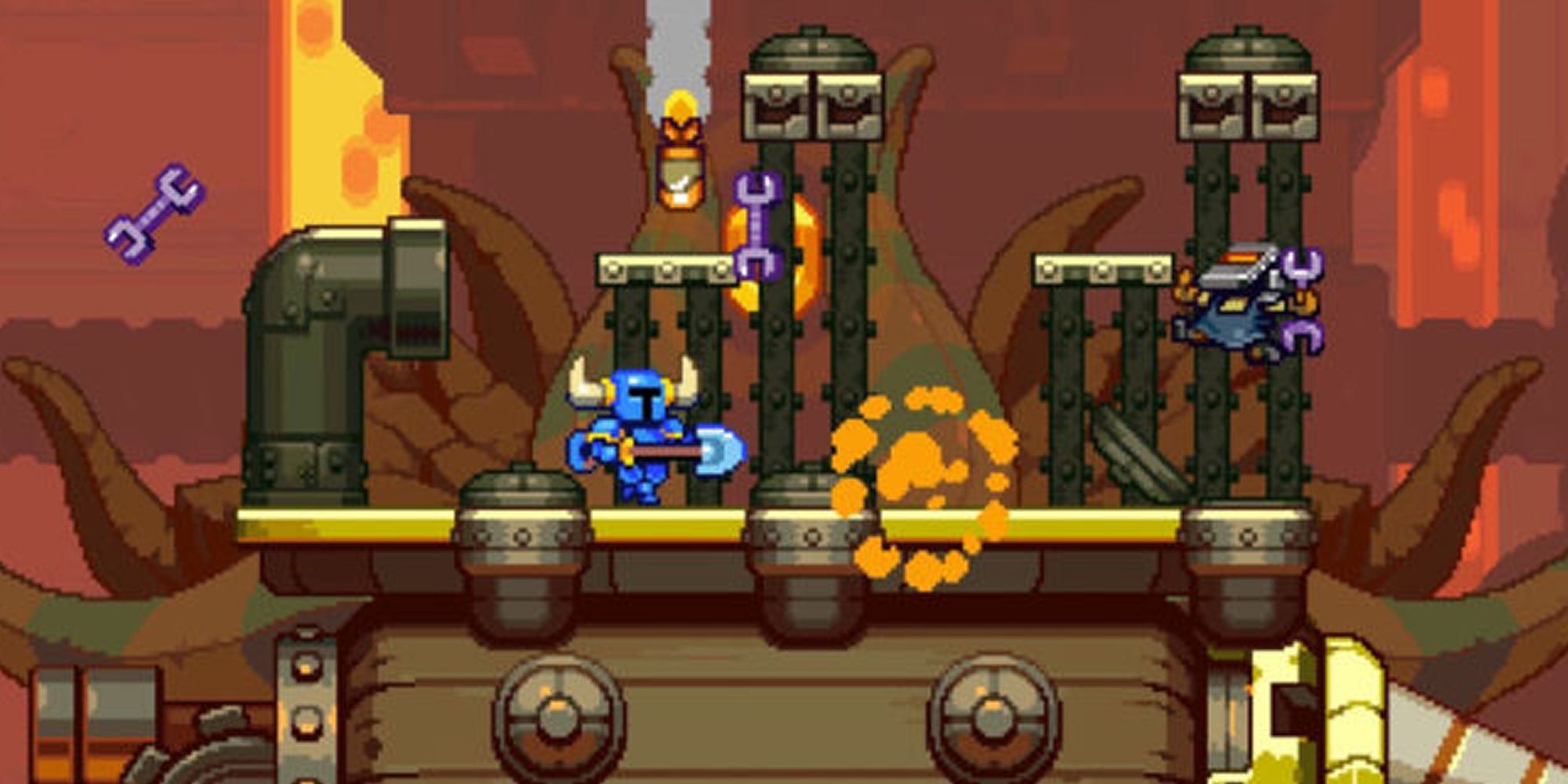 Depending on the phases, TK has different sets of attacks.

In the first phase, he uses his trademark frantic running back and forth across the stage. He'll fling wrenches in various arcs in an attempt to hit you, but you can also hit him whenever you're in range. Additionally, he has a little rocket that he can jump into and fly over the chamber, dropping bombs while flinging wrenches. When he's doing this, you'll need to wait until he swoops down, so you can hit his head.

The second phase makes TK bring out his mech, which floods the lower portion of the chamber with lava. As you platform across it, TK will move between manhole covers on the top or poke his head through windows on the side. You can only hit him when he's outside the machine or part of his body is sticking out of a manhole. In terms of attacks, the mech will launch slow-moving homing missiles at you while TK continues to throw wrenches. The lava will also spout fireballs in arcs making for a lot of projectiles to avoid. Keep cool, move sharply, and take every chance you have to hit Tinker Knight.