You are here:
Home / Should You Complete The Moise Kean POTM SBC In FIFA 23?

Should You Complete The Moise Kean POTM SBC In FIFA 23?

Moise Kean is the latest player to receive the POTM month for the Serie A after a stellar set of performances with Juventus. Kean recently received an in-form that is going for a decent price on the market, so this FIFA 23 card is actually an okay price.

This guide covers how to complete this SBC, along with the cheapest players for the squad requirements, and a deep-dive into the card's stats compared to his previous cards and other cards on the market in this position.

How Much Is Moise Kean? 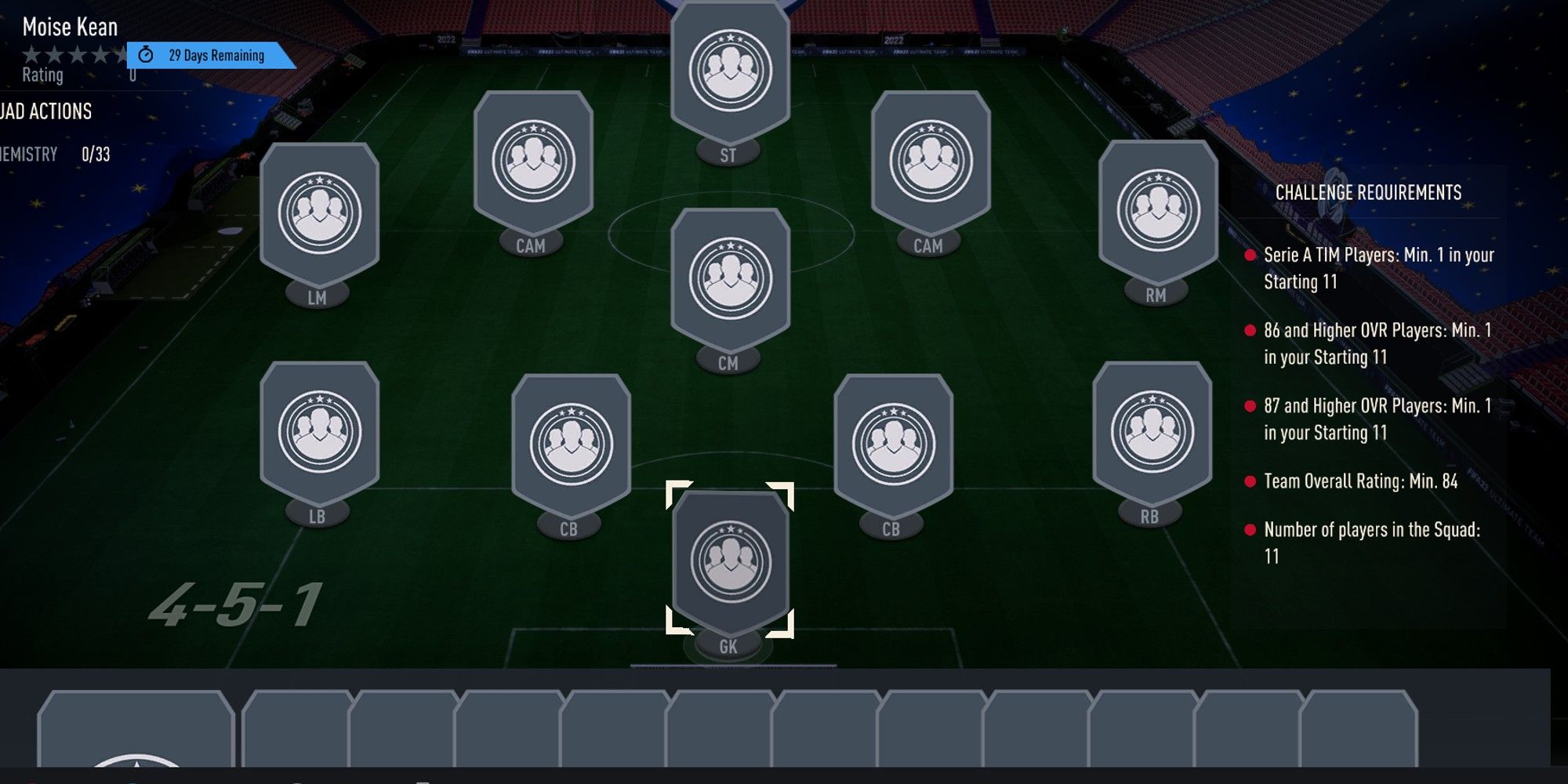 Moise Kean is around 30k all-in, and this will obviously drop in price a lot if you use some of that fodder that should hopefully start rolling in this weekend.

How To Complete Moise Kean