Shotcall has raised $2.2 million in a seed funding round to build a platform to form gaming communities and marketplaces for fans. The Atlanta-based company is creating an ecosystem for gamers, creators, celebrities, and influencers to better engage with their fans and build stronger communities.

A recent Techstars accelerator alumni, Shotcall lets people create communities around games such as League of Legends, Fortnite, Call of Duty: Warzone, and other games. Shotcall’s cofounders are Thomas Gentle, Gordon Li, and Riley Auten. They built Shotcall to elevate the traditionally stale, one-dimensional landscape of fan interactions into a multi-dimensional experience, and it has gained ground during the pandemic. They thought fan communities should evolve beyond livestreaming where fans just watch their favorite players.

“Shotcall is the destination for fans to play games with their favorite people,” said Gentle, CEO, in an interview with GamesBeat. “It’s a marketplace but also a platform. If you have a fan base and you’re a gamer, you should be on Shotcall. If you’re a streamer, content creator, pro gamer, a celebrity, artist, and athlete, we view gaming as the ideal medium for you to engage with fans.”

Initial Capital and New Stack led the round with contributions from Lerer Hippeau.

Starting with a stutter 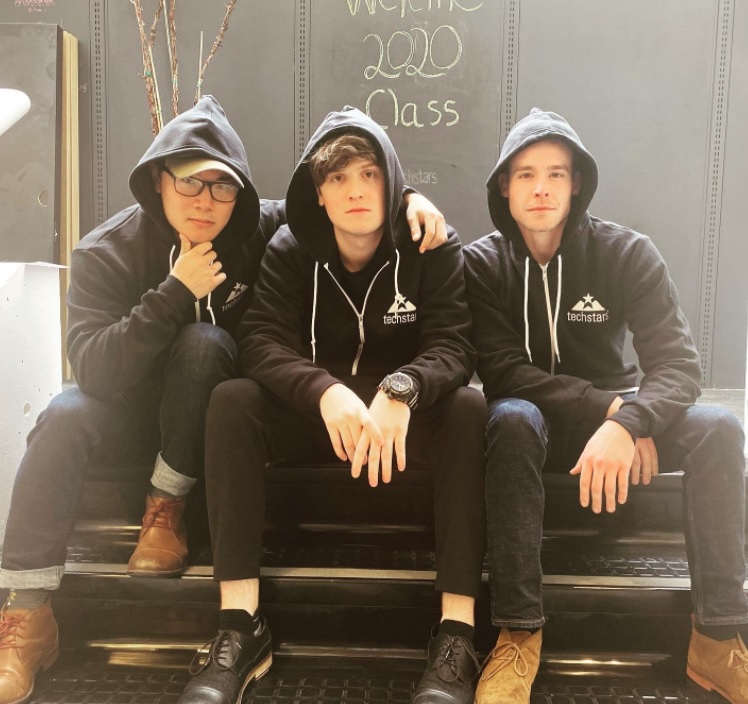 Gentle said his love for gaming goes back a long way. When he was younger, he spoke with a stutter. He was drawn to gaming because it didn’t matter that he spoke haltingly.

“The reason why I bring that up is that it’s nowhere near as bad as it used to be,” he said. “Growing up, I was essentially mute. I took to gaming online to build relationships and find friends and find communities. It has been part of my life forever. And when you grow up with that as your only means of interacting for a long time, you discover that there’s more to gaming than just this stigma of the social outcast in a basement. It’s truly a way that I’ve made friends all around the world.”

Gentle met his cofounders at the Georgia Institute of Technology, where he got a business degree. He almost went down the road of pre-med, but gaming pulled him back from that life. They all formed a business and got funding from the Alliance of Angels.

The company started in 2019, and it held a beta test in the spring. Since that time, the number of users has been growing 40% every month. The team has grown to 14 people. 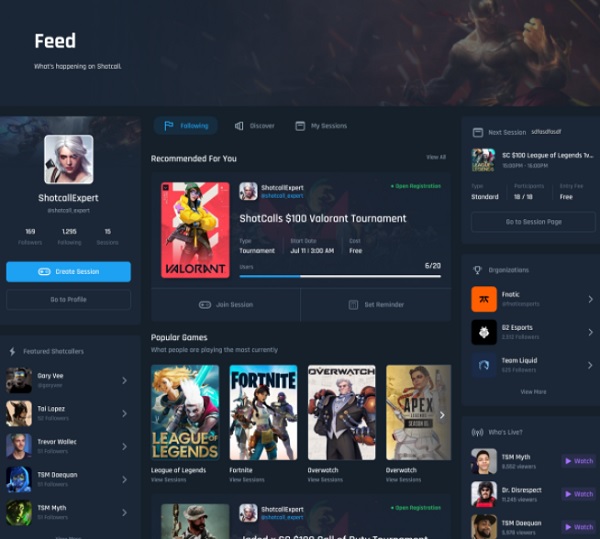 Social media sites such as Facebook are bigger than any single gaming community, but in a string of tweets, investor Peter Rojas noted on Tuesday that games make people feel more comfortable with each other, creating a safe space with structured play, while the unstructured space of social networks can be prone to people getting into arguments with each other.

Shotcall hopes that its platform can make games better as an intersection of social discourse, going beyond subcultures so that fans can enter the worlds of their favorite games and play directly alongside top creators, influencers, and celebrities. You could think of it as Twitch meets Cameo or the more recent Taki platform for fan transactions. The goal is to appeal to both giant celebrities and amateurs.

Shotcall’s marketplace is an avenue to schedule and monetize any kind of community event hosts desire to hold including tournaments, coaching sessions, Q&As, queue lines, charity events, one-on-one competitions, and more. Already a hub for the gaming community, the Shotcall platform is filled with upcoming events for fans to register for.

In April, the Seattle Sounders team hosted events on Shotcall’s platform for fans to stream and play games for a fee with their favorite players, which sold out within minutes, and all proceeds were donated to the Sounders’ COVID-19 Relief Fund.

There is no initial cost associated with accessing the Shotcall platform and marketplace. Users can create profiles that indicate their availability to play, highlight their favorite games, and include links to their personal social media pages to begin connecting with other players in the space. Hosts have the opportunity to create profiles in the marketplace where fans can register to pay to play games with them. Shotcall’s model serves creators who are focused on improving follower engagement, which is crucial to growing their overall brand.

Shotcall is currently live and will use this initial round of funding to grow the platform to integrate with more game publishers as well as to expand hosting opportunities with more celebrities and artists in its marketplace. In that way, it sounds like rivals such as ReadyUp, which helps fans keep track of esports and gaming events.

“There are dozens of sites out there for coaching and tournaments and wager matches,” Gentle said. “We approach it with a different kind of mentality. These other sites seem to be built under the presumption that these communities and the hosts are static. If I were a coach for a game, I wouldn’t always be that forever. I may get bored with a game. We’re built in a way where my interactions with fans can evolve. That sets us apart.”