You are here:
Home / SGDQ Made Me Want To Play A Final Fantasy Game For The First Time

I’m Ben and I’ve never wanted to play a Final Fantasy game. I don’t know why that is really, the series has just never tickled my fancy. I love a lot of JRPGs, I like ridiculously large swords and dragons, so Final Fantasy seems perfect for me. But it just passed me by.

I think a big reason for this is never touching the games as a kid. Many of my favourite series are those that I first played on my trusty Game Boy Advance on long car journeys or under my bed covers at night, torch held in my mouth to light up the screen. That’s where my love of Pokemon began, and I poured hours into the slightly above-average The Lord of the Rings: The Two Towers movie tie-in GBA game. I have fond memories of Super Mario World and the Bionicle game I rented once a month when pocket money hit my grubby little hands. Remind me to write about that soon, I’m sure it has aged beautifully.

My colleagues and peers have told me to play Final Fantasy for years now. Apparently, the critically acclaimed MMORPG Final Fantasy 14 has a free trial, and includes the entirety of A Realm Reborn AND the award-winning Heavensward expansion up to level 60 with no restrictions on playtime. But I didn’t even have time to get into The Lord of the Rings Online, and you’ll all know how much I love the Lord of the Rings at this point. My boss does, as I can practically hear her sighs from across the country whenever I send her another Rings piece for edits. 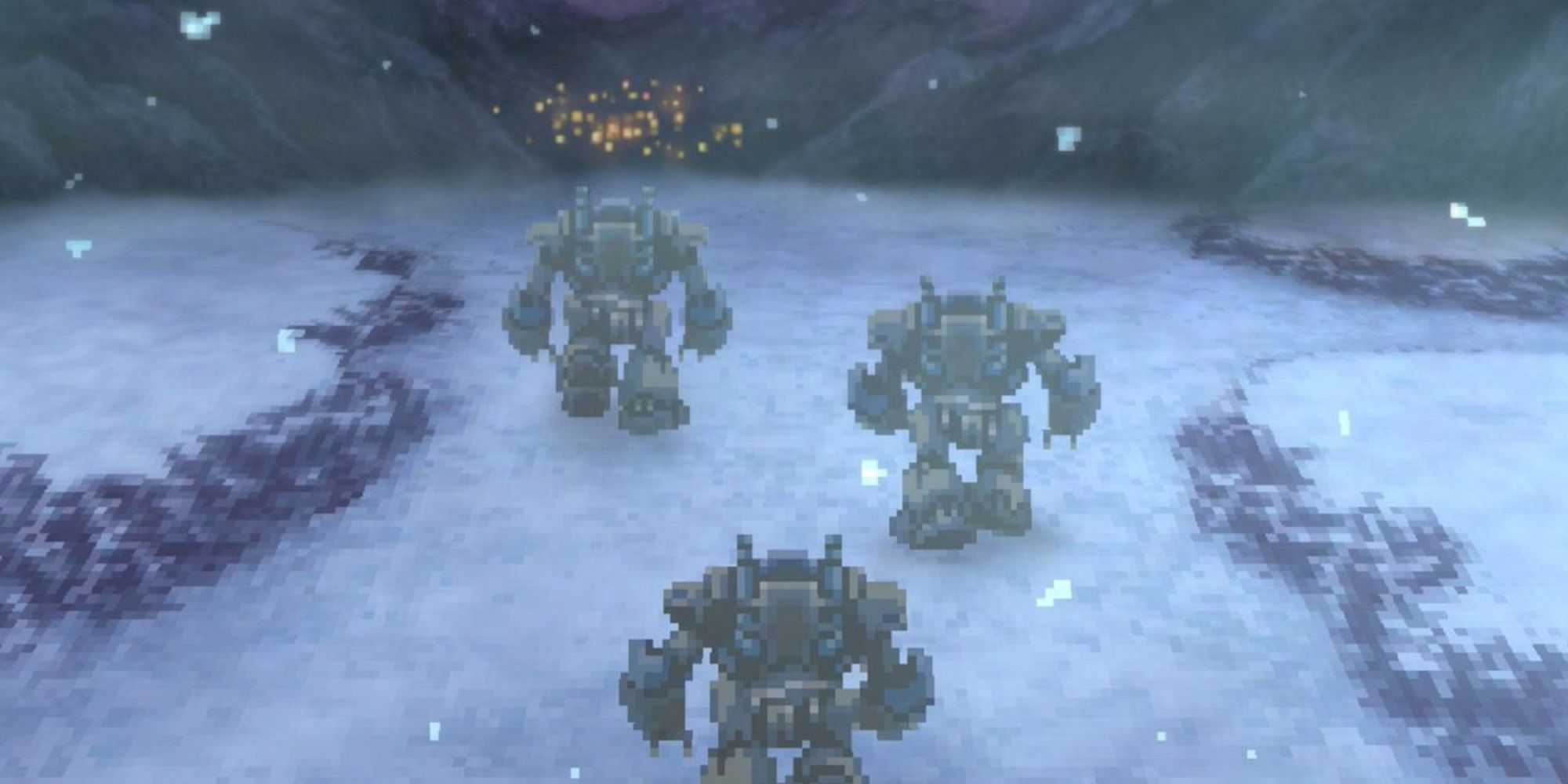 I played some of Final Fantasy 7 Remake when it came out, but I didn’t want to. I was fomo-ed into playing it because it was the only thing my friends were talking about, and one of the landmark games that websites were taking pitches for at the time. I didn’t actually land any pitches about FF7R, but that’s the curse of being a freelancer. I liked the game well enough, the characters were interesting, the world beautiful, and the story compelling, but I got stuck on a fight and didn’t care enough to try my hardest, so I never finished it. That’s what happens when you’re not really bothered about playing a game and only do so to join the gamer crowd.

But after watching SGDQ, I have found myself interested in playing a Final Fantasy game for the first time. Not playing one for work or so I can talk about it with my friends, playing one for me. I watched drewlith, DoctorDT, seto kiaba, and Jexvrok play Final Fantasy 6, and I was hooked.

Like most SGDQ runs, nothing was as simple as it first seems, and this was a four-way randomised race to beat the game. Despite the fact that the Worlds Collide randomiser meant that I barely understood what was going on, I loved watching Terra, Locke, and the crews fight through a more steampunk setting than I expected. And despite seeing four players take on the final boss – who appeared as some kind of biblically accurate angel – I don’t feel like the game’s been spoiled for me. That’s the nature of randomised speedruns, I guess.

What is it about Final Fantasy 6 that grabbed my attention then? It wasn’t the steampunk vibes, although they’re cool. Part of it was the combat, the menu-based Active Time Battling really compelled me. It might have been the pixel art too — I’m still a sucker for those old school vibes. But a lot of it was the designs of the enemies. Your four puny sprites bravely face off against monstrosities like Gilgamesh and the trickster, Kefka. 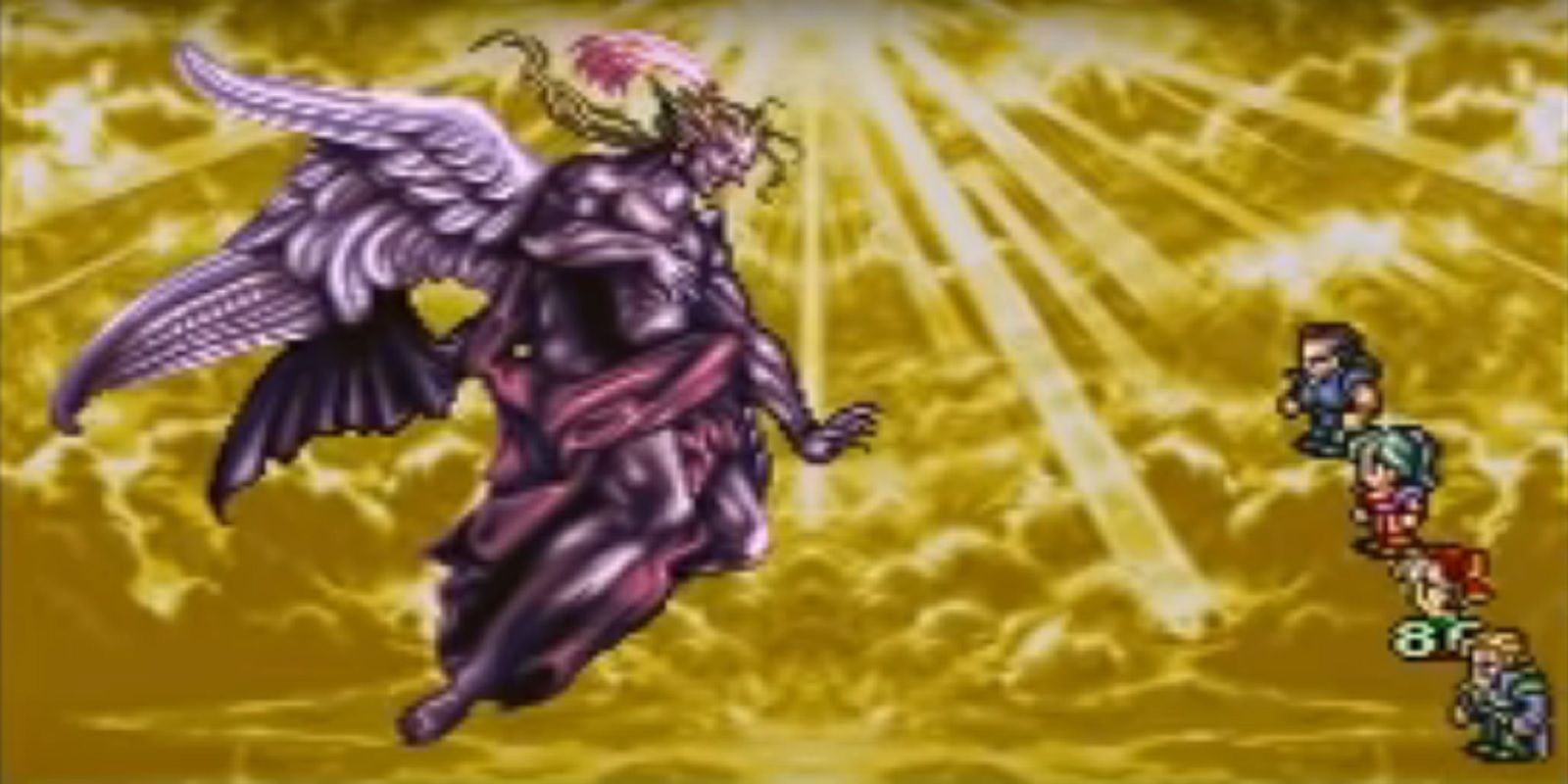 I won’t spoil exactly who the final boss of the game is (in case you were worried about knowing the ending of a 28-year-old game), but it’s that epic fight that really sold me on FF6. It’s weird that knowing the final boss and how the battle plays out is what sold me on the game, but maybe that’s the future of marketing? Maybe God of War: Ragnarok revealing its final boss is Odin or someone will stop me from selling my PS5 before it releases?

After doing some research on the game, I’ve still got to decide which version of Final Fantasy 6 (or should that be Final Fantasy 3?) I want to play, and I’m reminded of what put me off the series for so long. It’s practically impenetrable. As far as I can tell, there are about 11 different versions of the game, some discontinued, and I don’t know which to play. I might go for the GBA version for nostalgia’s sake, but the Pixel Remaster is in the Steam sale right now, and I have a Steam Deck… If any FF6 die-hards want to give me advice, send me a message please, because I’m finally excited to play a Final Fantasy game, and more than anything, I want it to be good.