You are here:
Home / Session Is Shaping Up To Be My Game Of The Year

Session Is Shaping Up To Be My Game Of The Year

When Session says it's a 'skate sim', it means it. The best example of this is how grinding works. In games like Tony Hawk's Pro Skater or EA's Skate, your board will 'snap' to the railing, ledge, or whatever it is you're trying to grind. What happens when you're on the rail differs between games, and the level of realism varies, but there's always that moment when the game helps you out by basically attaching you to the rail. In Session, however, there's no grinding mode: the entire game is governed by the same physics system, whether you're doing a manual, a kickflip, or a frontside grind. Like in real life, successfully grinding a rail is a combination of angle and velocity. If your trucks lock to the rail and you're going fast enough, you'll grind it. But if you're too slow, or the angle of your board isn't right, you're gonna bail. There's no hand-holding in Session: it's all on you, and I love that about it.

On September 22, after 5 years in development, Session is finally leaving Early Access—and I can't wait. I've been playing it since the earliest pre-alpha builds, and developer Crea-Ture Studios has never once taken its foot off the gas. Back then it was a pretty barebones tech demo, but now when the game hits 1.0 it'll feature a mission system, a refined tutorial, playable pro skaters, an abundance of licensed clothes, trucks, wheels, and boards, and three huge, realistically modelled cities to shred: New York, Philadelphia, and San Francisco. San Fran was revealed at Gamescom and will feature locations from classic skate videos that have since been demolished or redeveloped. This is Crea-Ture's way of paying tribute to skateboarding's '90s golden era—but the game will also pay tribute to the new wave of skaters too. It's not a total nostalgia fest. 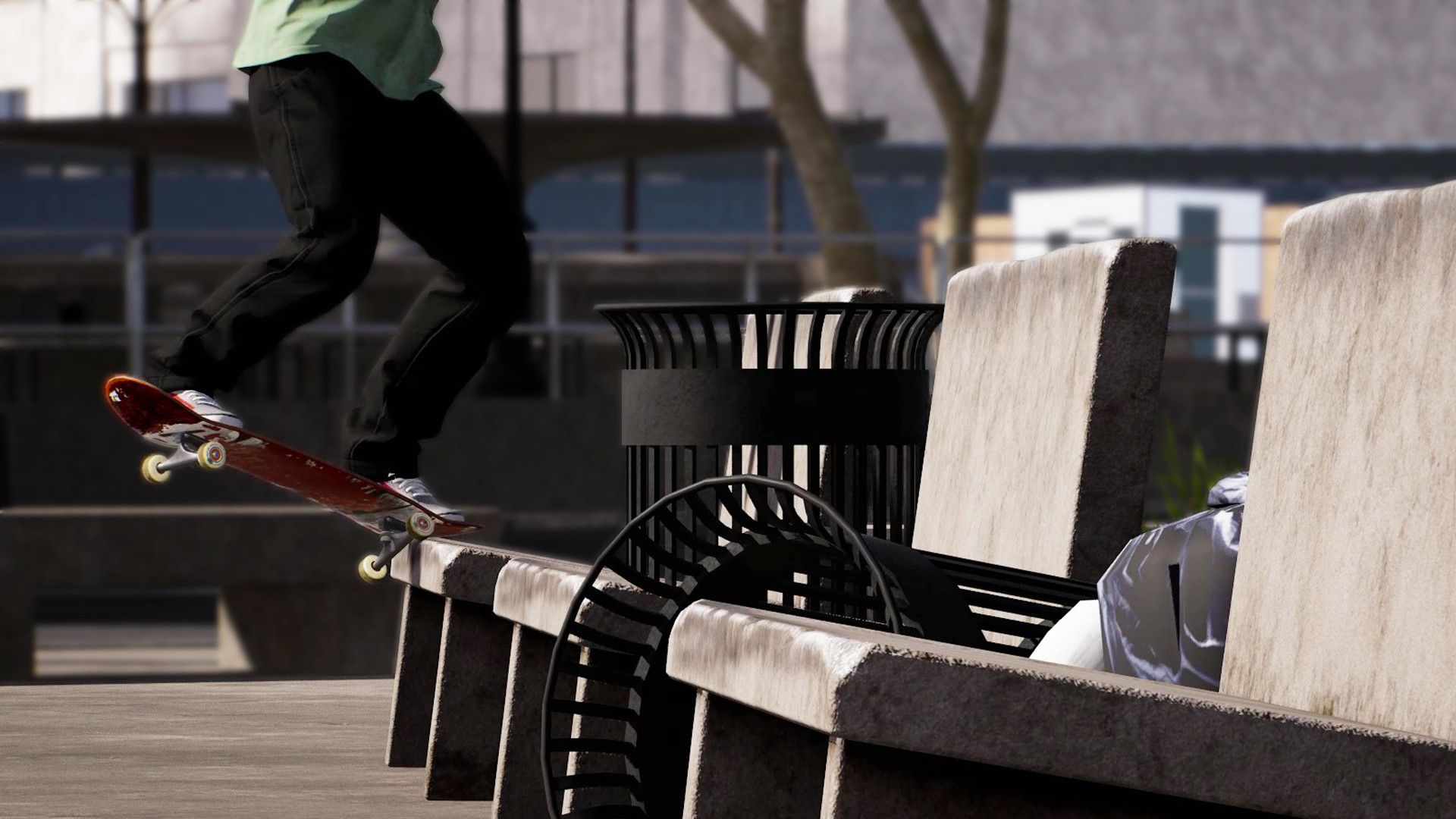 To have fun with Session you have to work for it. The physics-driven simulation underpinning everything means you can't just dive in and immediately start effortlessly chaining tricks together. Again, like real skating, the satisfaction comes from trying something over and over again until you nail it. When I play Session, I like to pick a random piece of everyday scenery—a set of steps, a railing, a bench—and repeatedly try different combos on and around it. The simulation is deep enough that you can spend an hour in a single spot refining, tweaking, and testing different tricks until you land them just right. Then you can dive into the game's superb, intuitive video editor and chop your highlights up into a killer skate video, complete with vintage filters and, yes, the classic fisheye lens. There's no joy in Session like doing precisely the trick you mean to, then landing it clean.

It's frustrating at first. You'll screw up and bail a lot, watching other players' videos and wondering how the hell half of the stuff they're doing is even possible. But with a little patience you'll get your head around the control system, which uses both analogue sticks—one for each of your legs. Then when you've mastered the basics, suddenly the city comes alive. Where once you saw an unassuming set of stone steps or an unremarkable access ramp, you now see the potential for lines and tricks. The cities in Session are entirely realistic in their layout and proportions, meaning you actually have to think like a skater. You won't turn a corner to find a neatly placed selection of rails, ramps, and gaps waiting for you to shred. You have to get creative and pick them out of the urban landscape yourself. Session is a simulator in every respect, from the physics of the skating to the world itself.

I've been waiting for a game like Session my whole life. The Skate series came close, but there were still some aspects of it that felt a little too videogamey, especially in the increasingly silly sequels. Crea-Ture Studios has gone all-in on making an authentic skateboarding simulator—but not, crucially, at the expense of fun. Sure, the learning curve is steep, but that only makes those moments when you land a trick or grind even more rewarding. This is, for me, the essence of street skating. Making something out of nothing. Using creativity and expression to take a bland piece of city infrastructure and do something incredible with it. Session captures, and celebrates, this perfectly. I'm not sure exactly what EA has cooking up for its next Skate game, but Crea-Ture has significantly raised the bar here and it's gonna take something special to drag me away from Session.