You are here:
Home / Sea Of Thieves: Fort Of The Damned Guide

Sea Of Thieves: Fort Of The Damned Guide

However, if you do want to start farming treasure from the event, you need to know how to get started. In this guide, you’ll find out how to activate the event, learn some tips and tricks to make the experience a bit easier, and what to do with all that loot you get once you’ve defeated the Fort.

What You Need To Start The Fort Of The Damned Event 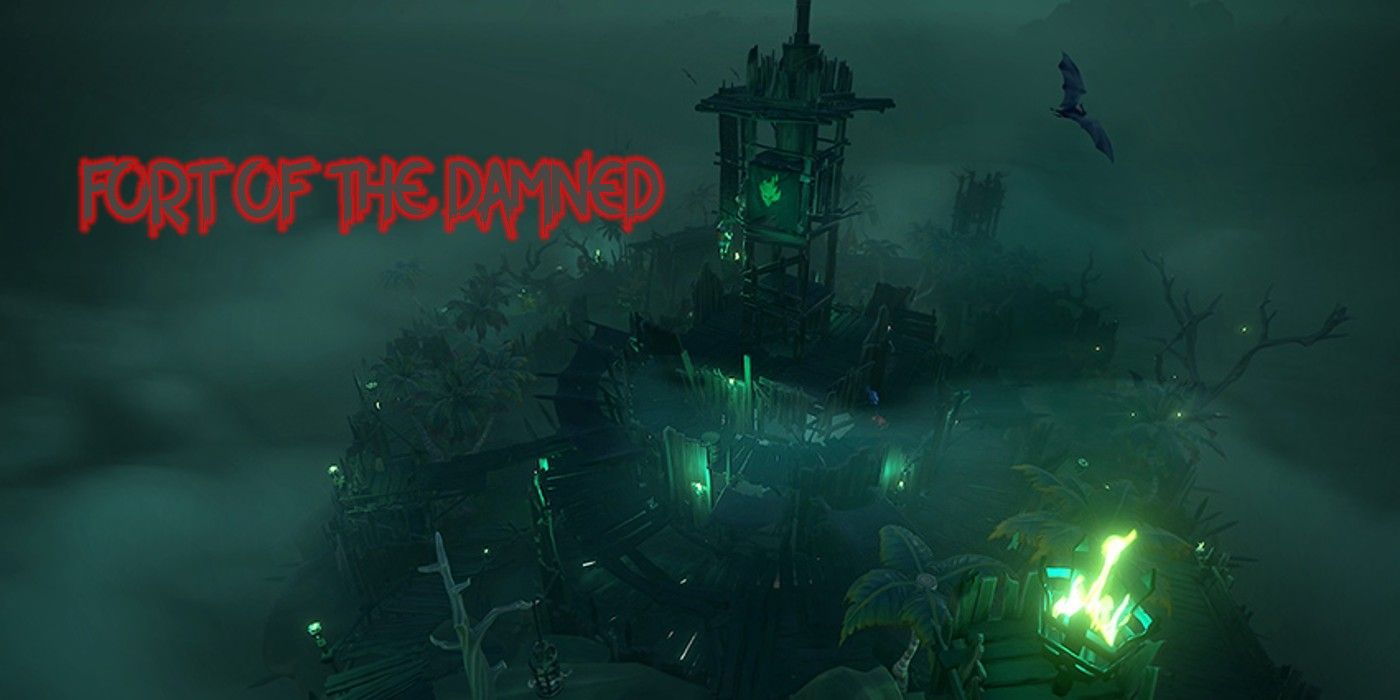 Unlike many of the other world events in Sea of Thieves, you don’t just sail up to the Fort of the Damned and get started. There are some set requirements you need before getting started. Here’s everything you need to know.

Ritual Skulls are a rare type of skull that is required to activate the Fort of the Damned event. They can be found in a variety of places:

Out of all these options for getting your hands on a Ritual Skull, it’s likely the Skeleton Ships and Captain’s Ships that are the easiest. You can find a Skeleton Fleet event by sailing towards the ghostly ship in the sky and then fending off a few waves of ships. If you’ve got a competent crew and enough cannonballs, you can complete the event in 15 or 20 minutes. It’s a fast way to make some money in Sea of Thieves and get plenty of Ritual Skulls. 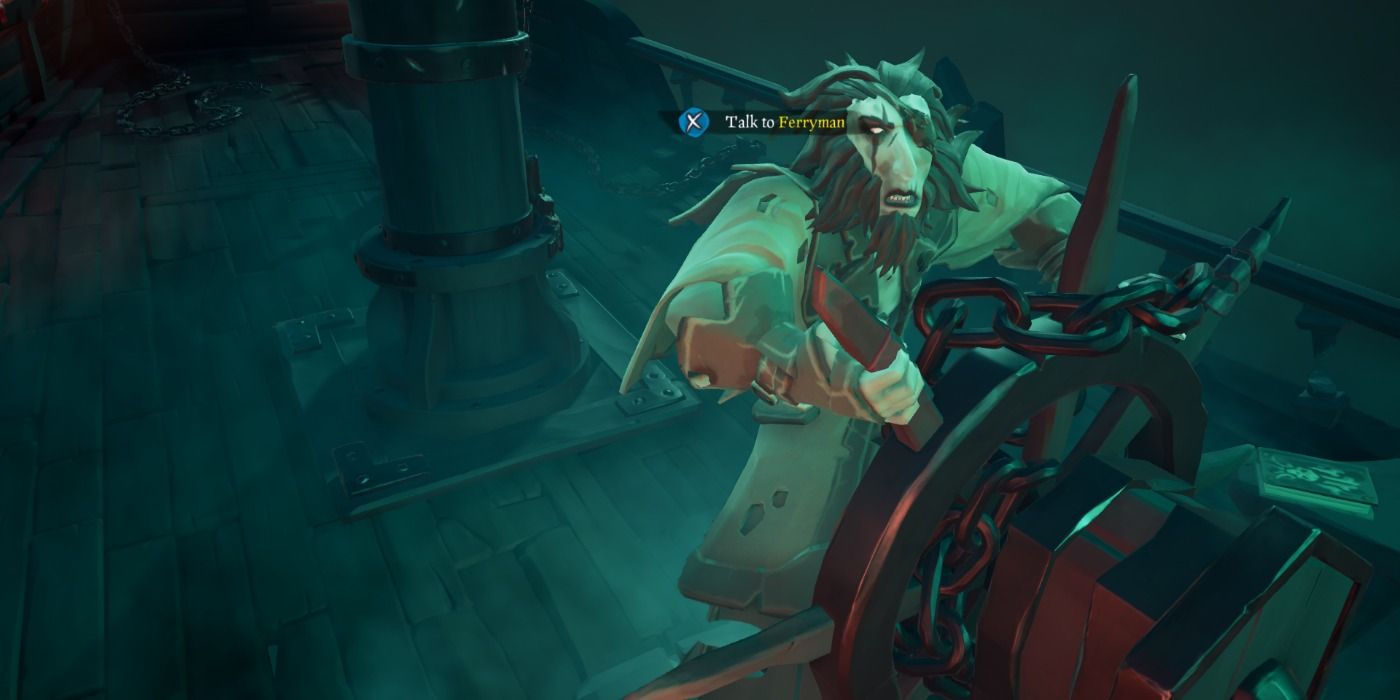 This is the tricky part of the Fort of the Damned world event. Collecting all of six of the Flames of Fate is time-consuming and puts quite a few players off ever bothering with the event at all. However, if you simply collect the Flames as you play, and store them on your ship’s lanterns, you can collect them without even trying.

There are six Flames of Fate: Blue, Red, Green, White, Purple, and Pink. You collect the flames by interacting with the lantern on the Ferry of the Damned. The color of the flame indicates which Flame of Fate you just earned (by dying.) Here’s a rundown on how to get all six.

How To Activate The Fort Of The Damned Event 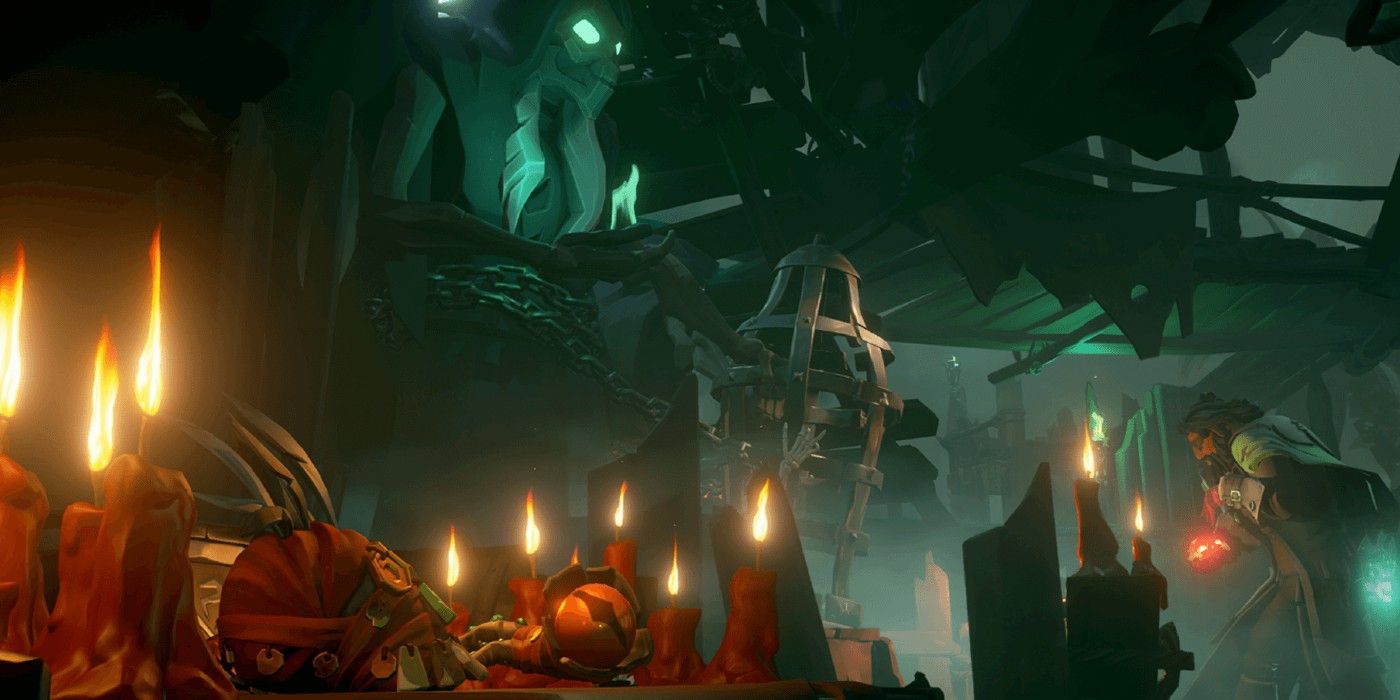 So, you have a Ritual Skull (you only need one) and all the lanterns on your boat with the six individual Flames of Fate stored and are ready to go. It’s time to head to the Fort of the Damned and get the skeleton-smashing party started.

Inside the main room of the Fort, you’ll find six statues of the Ferryman. You need to put the right color flame in the right statue.

Once you’ve lit all the statues, a new room will open with a headless skeleton inside. Place the Ritual Skull on top of the poor guy’s neck and the event will start. Prepare yourself for some skeletons.

Defeating The Skeletons And Skeleton Boss 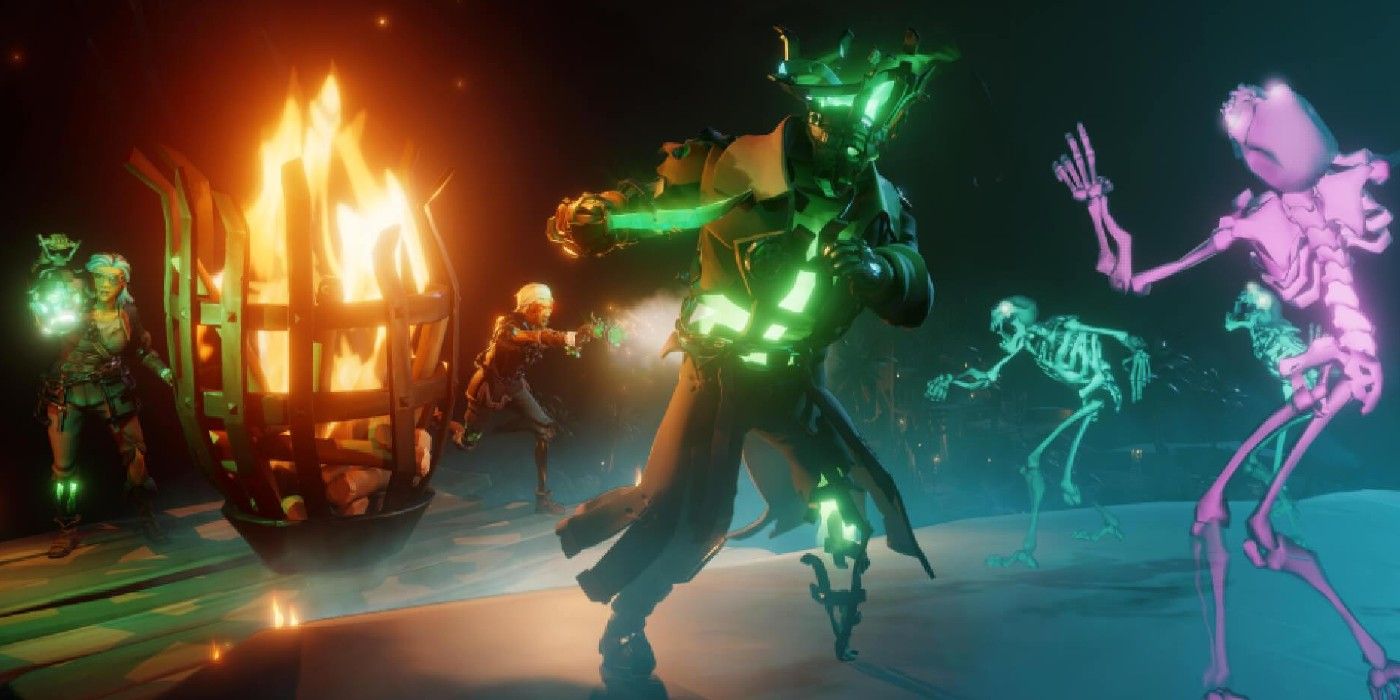 The Skeletons you come up against at the Fort of the Damned are like no other skeletons in the game. These are Shadow of Fate skeletons. You might have come across them if you’ve fought the Shades before, but these are even more tricky to deal with. There are blue skeletons, for example, that will be invulnerable to damage until you shine a blue lantern on them. This works for each respective color.

Tips for the skeleton fight:

Tips for the Graymarrow boss fight:

Once Graymarrow is defeated, he will drop a Fort of the Damned key which can be used to open the treasure room underneath the statue room. There will be some goodies inside but get in and out quickly because other players might be on their way to clean up after all your good work.

Where To Sell The Loot From Fort of the Damned

There are a bunch of different rewards for defeating the Fort of the Damned, including a Chest of Legends and valuable Reaper’s Bones chests. Depending on which emissary you’re working on, you will want to deliver the loot to their respective representative at an Outpost. The most effective way to make maximum coins is to visit the Reaper’s Hideout, as they buy every item from the Fort.