You are here:
Home / Scratchpad Command lets you update Salesforce from anywhere on the web

Scratchpad Command lets you update Salesforce from anywhere on the web

Scratchpad, a fledgling startup that has built a modern productivity workspace directly on top of the Salesforce CRM, has launched a new feature that lets users update Salesforce from whatever website they are currently on, without switching tabs.

The ultimate problem that Scratchpad is looking to fix is that while Salesforce is the dominant CRM tool for sales teams, it’s not popular with everyone from a usability perspective. As such, Scratchpad develops a suite of tools that integrate with Salesforce, spanning notes, spreadsheets, tasks, search, and more, bundles them under a nice interface, and sells them as a freemium SaaS subscription. Notable early enterprise customers include Adobe, Autodesk, Box, Snowflake, Splunk, and Twilio.

With Scratchpad Command, which is available for free as of this week, the company is now setting out to help sales teams avoid having to constantly switch between the various web apps they need to do their job, and Salesforce. The key benefit that Scratchpad Command brings to the mix is that users can not only now access Salesforce data from any tab (e.g. to check whether a LinkedIn prospect they’re researching is already in their Salesforce), but they can now update their Salesforce from wherever they are too.

First, the user has to install the Scratchpad extension for Chrome, and authenticate themselves with their Salesforce credentials. They then have to activate Scratchpad Command during the setup process by checking the box. 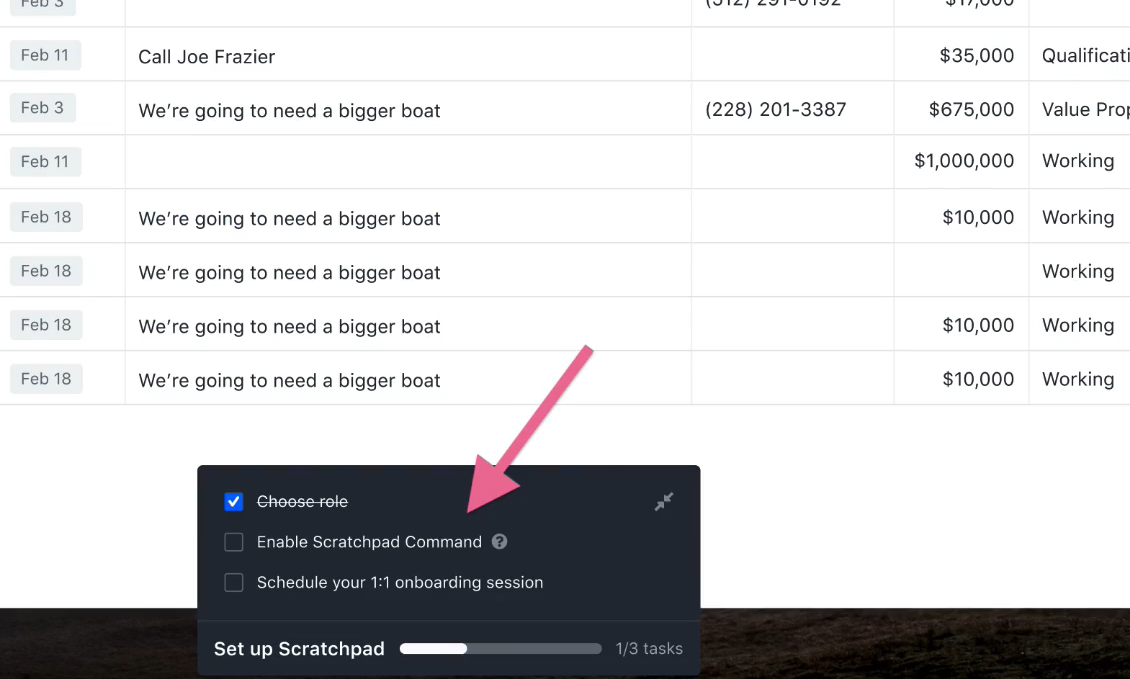 After that, the user can hit Ctrl J (Windows), Command J (Mac), or hit the Scratchpad icon on the browser toolbar, and they are presented with a search bar that lets them search their Salesforce or create a new note, task, account, lead, opportunity, or more. 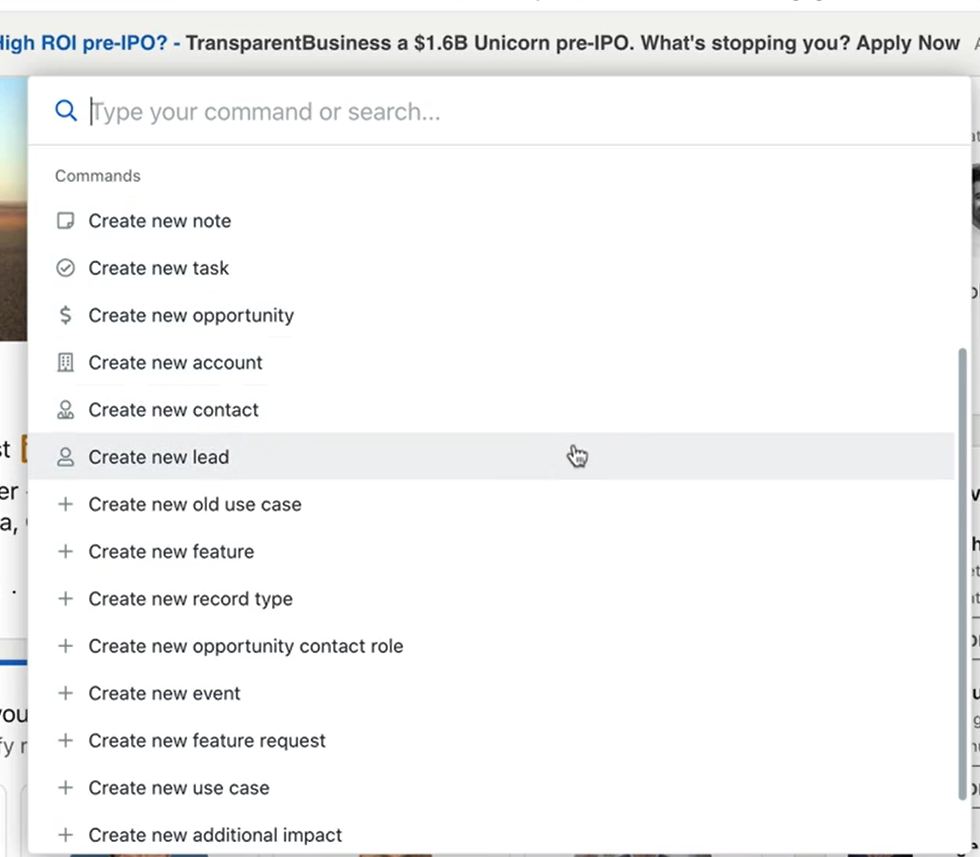 Above: Salesforce comes to whatever tab you’re on

Scratchpad Command more or less brings the full functionality of Salesforce to wherever you are on the web with a single click. So if you’re in Slack, for example, and a new potential lead rears its head, you can pounce on this without switching tabs.

Above: Creating a new lead in Salesforce from Slack

Scratchpad represents one of several startups to garner investors attentions recently as part of the growing Salesforce ecosystem, which according to some estimates is at least 4 times larger than Salesforce itself. Just this week, Sonar raised $12 million for a platform that monitors companies’ Salesforce tech stack for changes, which followed shortly after Copado’s $96 million raise for Salesforce-native DevOps. OwnBackup, meanwhile, secured $167.5 million at a $1.4 billion valuation back in January to power cloud data backups for Salesforce.

Founded out of San Francisco in 2019, Scratchpad recently raised $13 million in a series A round of funding from Accel and David Sacks’ Craft Ventures, with Sacks now sitting on Scratchpad’s board of directors.