You are here:
Home / Scorn Makes Me Want Myst In Every Art Style And Genre

Scorn Makes Me Want Myst In Every Art Style And Genre

On the surface, Scorn couldn't look less like Myst. The 1993 adventure game took place on a picturesque island, with majestic pine trees and sleek machines wrought from shining metal and pristine mahogany. It looks like the place the president of Harvard would take his staff to for a retreat. Scorn, meanwhile, is dark, grotesque, and imposing. In its cyborg world it can be difficult to tell where the metal and concrete end and the flesh begins. To use its machines is to engage in a kind of functional intercourse, sticking your fingers into membranous computers which seem to be powered by the blood of mewling creatures jailed in pods.

I've only played about 90 minutes, but the game has already shown me such sights. Myst is clean, Scorn is filthy. Myst is respectable, Scorn feels like pornography from an alternate dimension where buildings are centerfolds.

But, at their core, both are the same kind of puzzle game. Both ask you to interface with complex machines, without any kind of instruction, in order to solve complex puzzles. In Myst, that machine might be a glorified abacus. In Scorn, it might involve shifting tumors around to get to a capsule containing a weird little creature so you can use their severed arm to operate a machine. Both, though, take a Bean Dad-like approach, asking you to consider the can opener and see if you can divine its use. 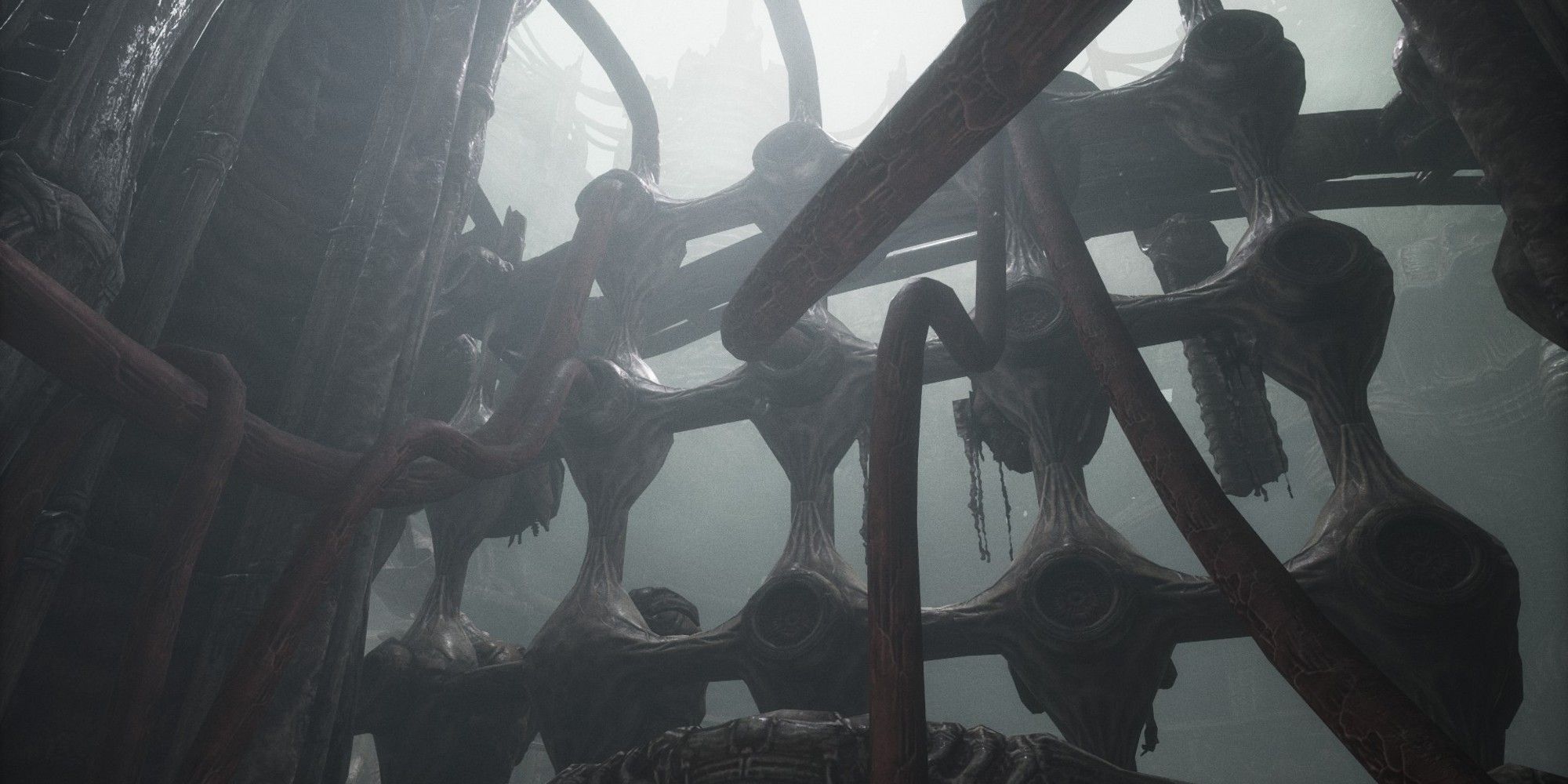 Watching the same design ethos power both games, I'm struck by how many different genres the Myst approach to puzzle design could be applied. Most genres have room for weird machines. Developer No Code took a similar tack in its 2001: A Space Odyssey-influenced Observation and its '80s-inflected puzzler Stories Untold.

Though there have been a few big cyberpunk games in recent years, none of these games really zeroed in on the robotics that occupy the backgrounds of their worlds. Cyberpunk 2077 has braindances and cybernetic implants, but wouldn't it be fun to play a game that tasked you with understanding increasingly esoteric cyberpunk technology, forcing the player to internalize the rules of and work with new technology to solve puzzles in a neon-streaked cityscape?

If cyberpunk isn't your bag, a western take on Myst could also work (although when you combine westerns with strange machines, you're probably just making a steampunk game). A tutorial could make the player solve an elaborate puzzle to gain access to the saloon. Or the entrance to the black hats' hideout could be gated by a revolver, the cylinder of which must be operated like a rotary phone to gain entry. 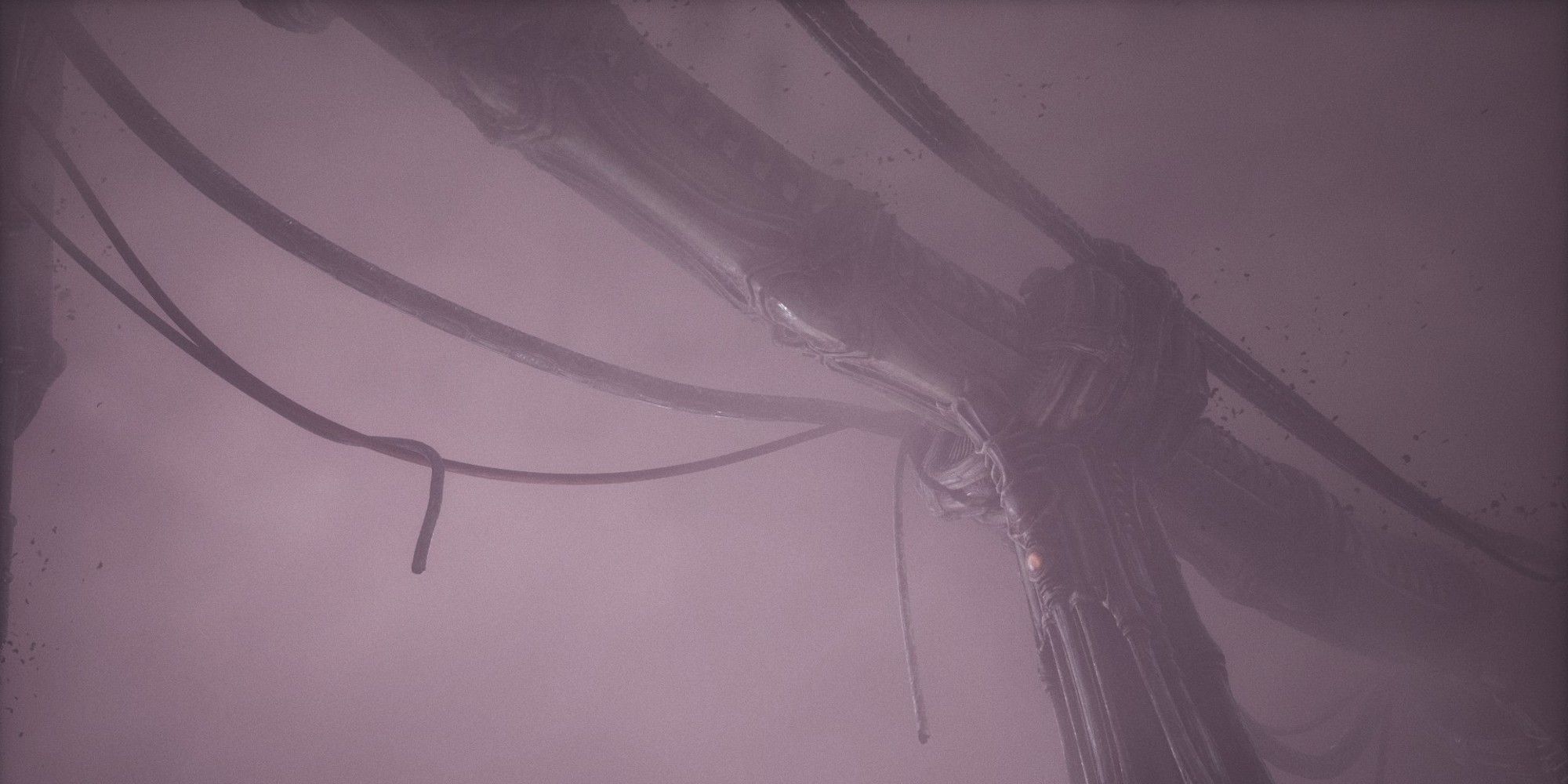 If the appeal of Scorn for you is the overt influence it takes from H.R. Giger, might I interest you in a Myst-style game aping the aesthetic of Giger's Alien colleague, Syd Mead? Mead, at least as much as Giger, has defined the science fiction aesthetic of the past half-century. His paintings of the future are clean, with elegantly curved buildings swooping through the sky like chrome seagulls. Though Mead's work is often associated with utopian sci-fi — the images accompanying "The world if…" memes draw heavily from Mead's work — he was also the art designer of Blade Runner, cinema's definitive dystopia. Mead ran the gamut, artistically depicting the best and worst routes society could take. A game set in a Mead-inspired world could, similarly, take inspiration from the dark and the light. Solving puzzles in a timely manner could lead to a more utopian ending, while taking too long could veer off into Blade Runner territory.

At the core of all these games — real and imagined — is the belief that it is fun to play with tools. So, of course, the natural brand to pair with this genre is obviously *confused grunt* Home Improvement.