You are here:
Home / Ryan Gosling Is Perfect Casting For Travis Touchdown

Ryan Gosling might be the hottest dork on the planet. He’s sweet, romantic, sarcastic, and perfect at playing both the lovable fool and stoic action hero whenever the situation calls for it. Over the years he’s proven himself as a performer who should never be underestimated, with his dedication to the craft and myriad accolades showing that he’s far more than a pretty face. I still feel bad for him gaining 60 pounds to appear in The Lovely Bones only to be told he was too chunky to inhabit the character. Poor guy.

Set to play Ken in Greta Gerwig’s Barbie alongside Margot Robbie’s take on the titular character, Gosling currently looks like a clean-cut Adonis with concentrated golden retriever energy. He is perfect for the role, much like how he was perfect for the likes of La La Land, The Nice Guys, The Notebook, Drive, Blade Runner 2049, and Crazy Stupid Love. Whatever Gosling appears in, the man gives it his everything and never comes up short. Speaking of which, he also killed it in The Big Short. Our boy never misses, so I also think he’d be perfect to inhabit the role of Travis Touchdown.

Let me be clear that this film isn’t currently happening, and likely never will. No More Heroes is a relatively niche series of games with a dedicated audience and will probably never move beyond that reputation. It’s a bummer, but the game is also really weird.

In a recent interview with director Suda51, he unveiled that he’d love for Ryan Gosling to inhabit the role of Travis Touchdown if a motion picture was ever to materialise. Many fans were quick to turn their noses up at this casting choice, believing the Hollywood star to be both far too popular to do the character justice and failing to match his weeaboo aesthetic. All I can say to those people is please step outside of the box and consider how Travis Touchdown might be adapted to a different medium, and what would need to change in order to make that transition possible.

We’ve seen this countless times throughout the years. Tom Holland nailed it as Nathan Drake, Alicia Vikander was a killer Lara Croft, while Ben Schwartz proved to be the perfect filmic version of Sonic the Hedgehog. Video game adaptations always change things, sometimes in ways that actively go against and bastardise the source material, but when these changes are for the better we should be willing to embrace them.

Circling back to the No More Heroes film that definitely isn’t happening – Ryan Gosling is bloody perfect what are you talking about? He’s lovable, witty, and could easily depict himself as a douchebag we begin despising but slowly come to admire as we learn more about his story and the adventure he’s been thrust upon. Travis Touchdown is a loser. He’s a massive otaku who, as the first game begins, loves to spend his days hiding away in his apartment playing games, watching anime, and getting freaky with body pillows. He’s even being moaned at by the local rental store for failing to return his weird porn on time. It isn’t until he purchases a laser sword on the internet and finds himself thrust into the League of Assassins that he starts to grow as a character, and even then he’s only doing it to get some ass. Later games would see him make friends and form relationships while going up against increasingly absurd threats, with the vocal performance of Robin Atkin Downes making his character relatable even when he’s going up against space aliens and interdimensional demons keen to destroy the universe. Travis is just a nerd, but he’ll kick your ass if he has to.

It’s a clear power fantasy from Suda51 filled to the brim with references to games, anime, film, and goodness knows what else. Travis Touchdown is a beloved character despite being the epitome of cringe, and Ryan Gosling would be able to express that duality in a live-action performance almost flawlessly. He’s got mad range, made clear in more dramatic performances like The Ides of March and the relentless violence of Only God Forgives, contrasted with the playful comedy of Lars and the Real Girl that helped cement him as far more than a romantic lead or dramatic powerhouse. He can do anything, and being able to turn on a dime is integral for a character like this. 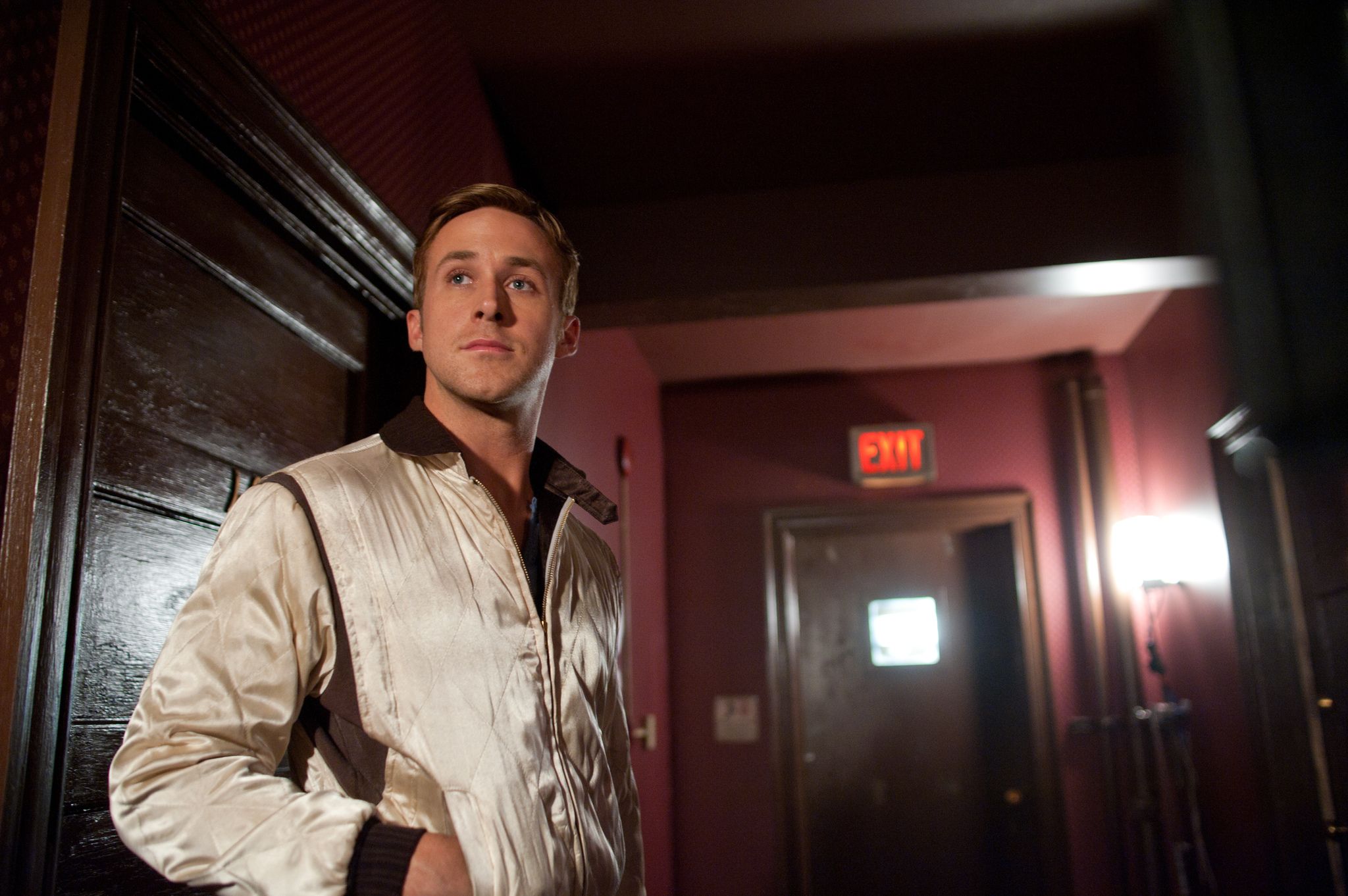 Gamers might complain that Ryan Gosling is far too attractive to play a character designed to represent them, but I’d lean into that subversion and make the idea of this man being a loser beyond comparison all the more absurd. He could have the world if he wanted to, but instead decides to embrace the otaku lifestyle because that’s just who he is. Shifting from drama to comedy without missing a beat is also important, as would pulling off the over-the-top battles with assassins designed to have obscene personalities and methods of murder that are all but impossible to conquer.

Travis Touchdown manages it though, and Ryan Gosling can bring something to this character that no other actor could. He’s perfect, even if the film is never happening.