You are here:
Home / Rubber Bandits: 10 Pro Tips To Help You Escape With The Loot

Rubber Bandits: 10 Pro Tips To Help You Escape With The Loot

Rubber Bandits is a pretty laid-back game, the kind of thing you can spend a few minutes playing without having to put aside hours. But if you want to get better at the game and come back with the most loot every time, there are a few tactics you'll need to know.

Weapons are a great way to defend yourself and stop others from looting the money from your passed-out corpse, but it's not the only thing that will help you win. So many different factors coming together is what will ultimately decide your fate.

10 Knocking Out Opponents Is More Important Than Loot 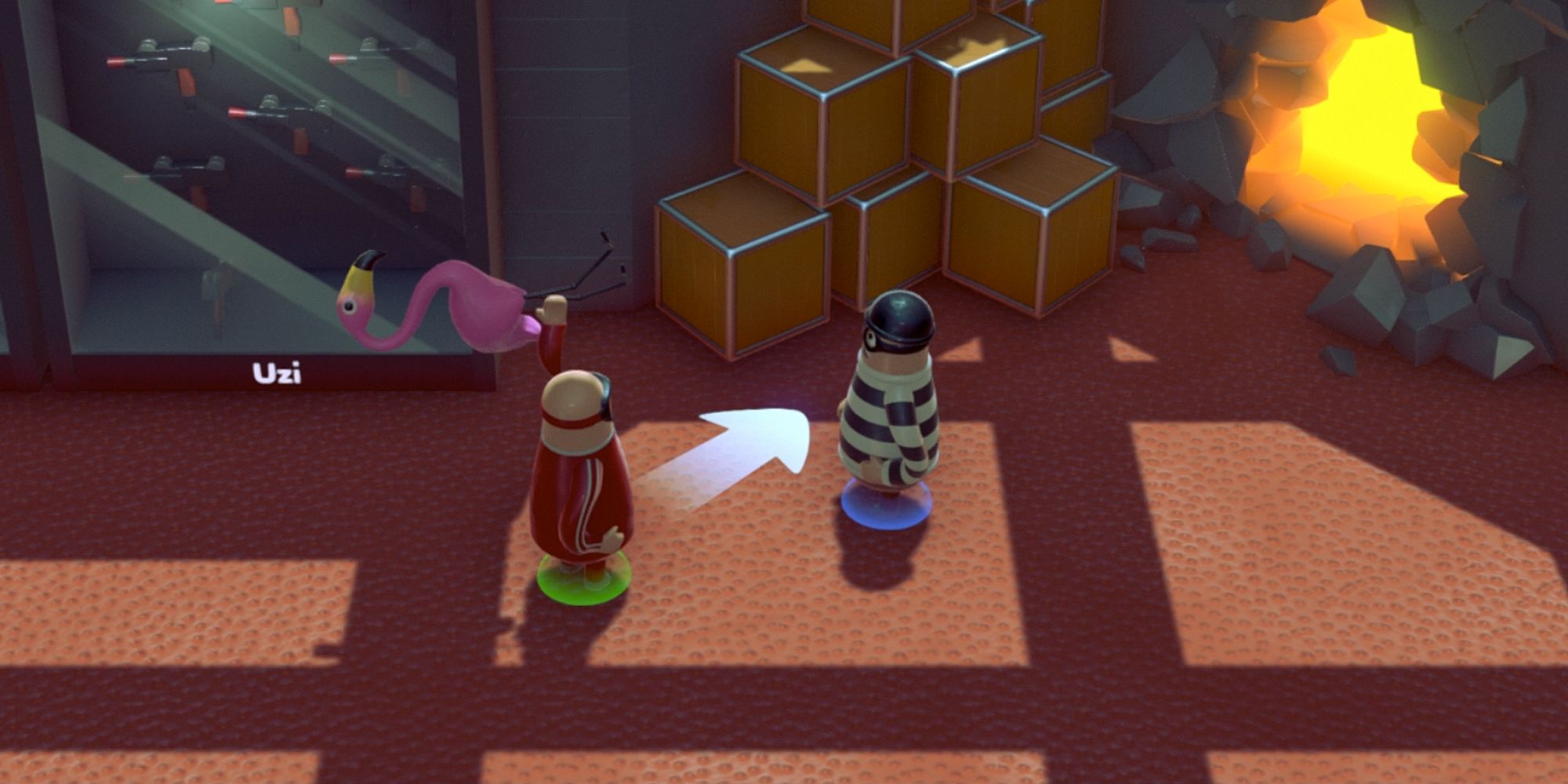 You can buy yourself some time by temporarily knocking out your opponents rather than racing towards possible loot locations. If you don't make this move first, the other players will try to do so as quickly as possible. If you see someone moving in the direction of the loot, try to corner them.

Defensive play is usually much more effective than offensive play as you're prohibiting your opponents from reaching the loot and giving yourself more time to analyze the map.

9 Take Out Police Before Stealing Loot 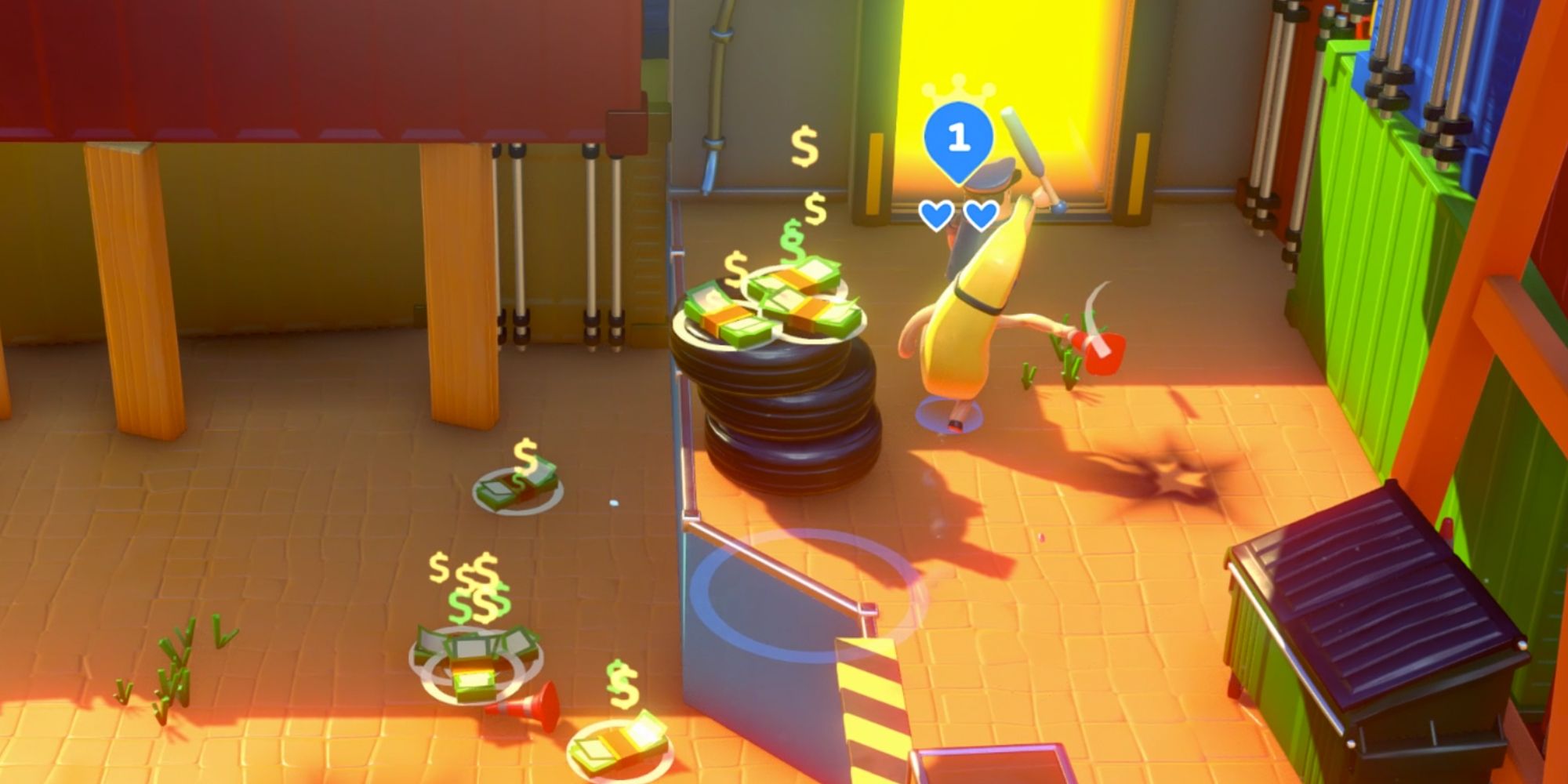 Whenever the police enter the game area, they prove to be an annoyance (which is precisely the point), but it's not something you want when trying to run off with the money you just acquired. And since, more often than not, they'll land a hit on you, you'll want to make sure you take them out before trying to steal any more money.

Getting chased by police is one thing; getting cornered by them as another player runs out of the map with the money they stole from you is another. At least take out the characters who are in the way of where you're going to be heading before making any further moves. 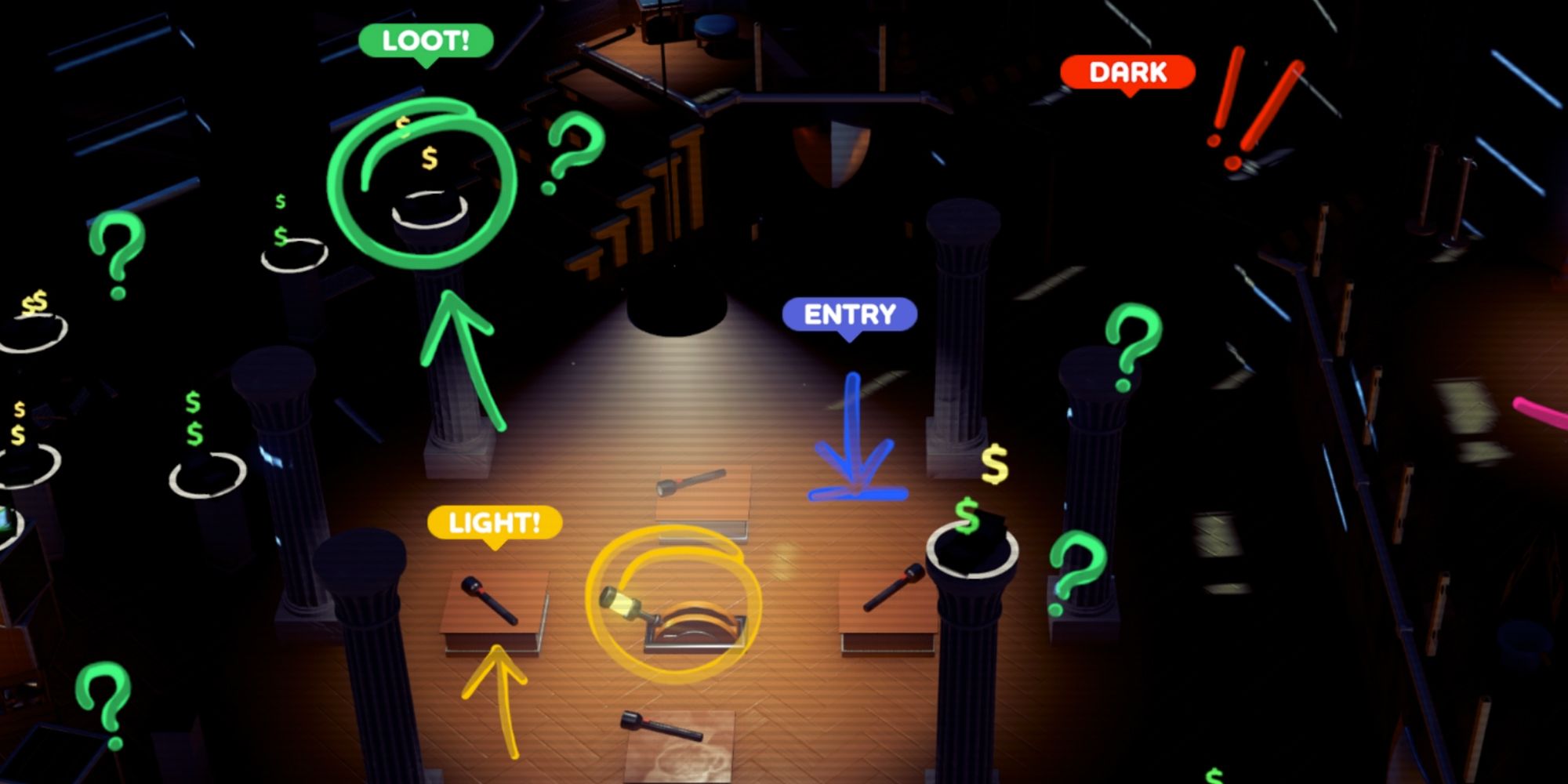 Certain items and areas in the Rubber Bandits maps will almost always hold loot, so it's necessary to keep an eye on these items and look out for them as soon as entering a level. The map that pops on screen just before the stage begins will give you pointers to this but always keep an eagle eye out for things after this map disappears.

Things like piggy banks and safes will hold money, and if playing the Christmas mode, money is found within presents. Money is also often placed upon pillars and other high places that you'll have to knock down before you can reach it.

7 Make Use Of The Traps 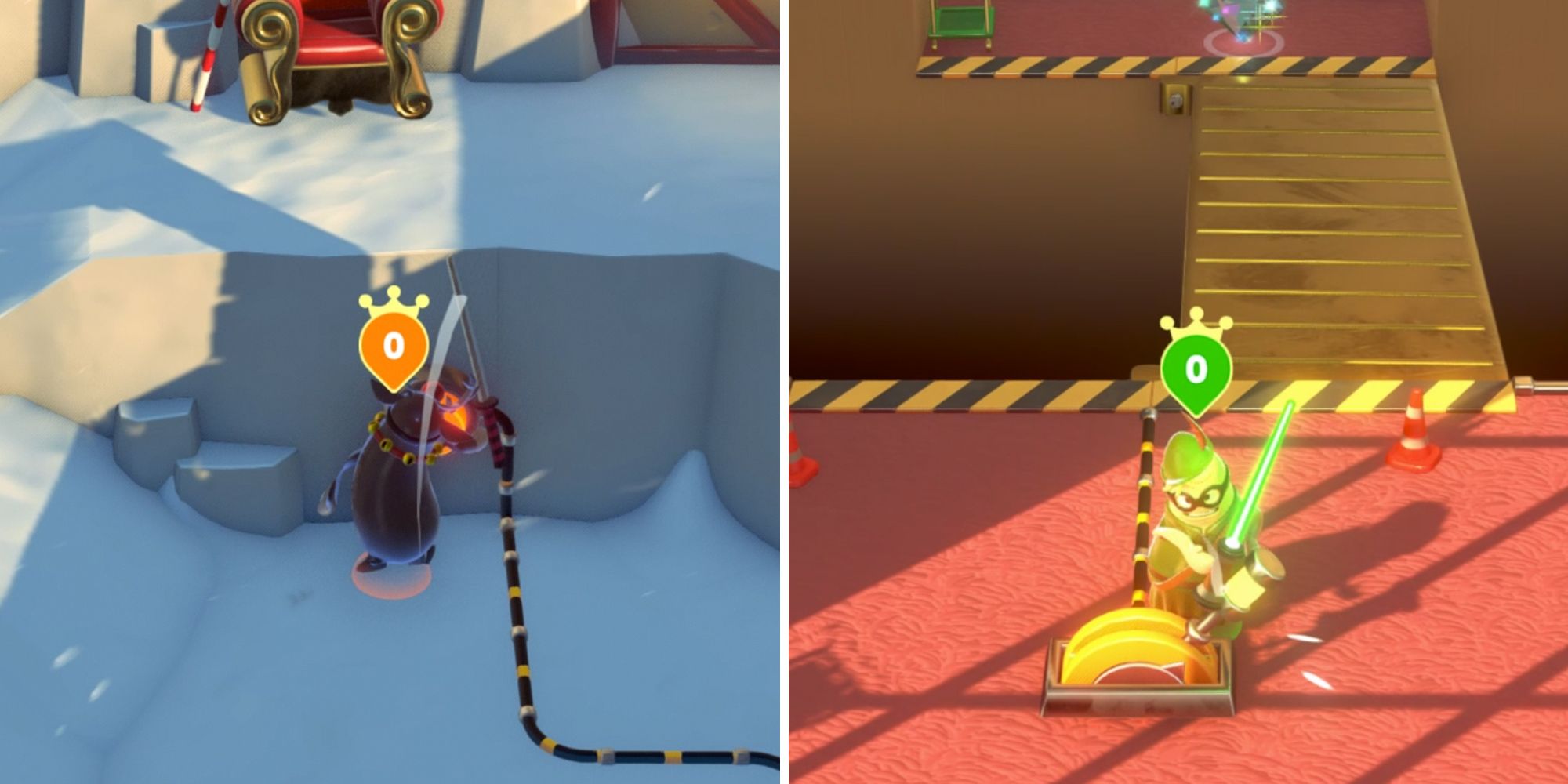 Sometimes a whack to the head with a toilet paper roll isn't enough, and you'll need something more potent like a well-placed trap, for example. These traps are spread throughout the maps of Rubber Bandits, doing things like raising and lowering platforms to slow down a player or make them fall into the deep abyss below.

Some traps are activated by a lever that will stay on the desired path for as long as you wish, whereas others require you to stand on a big red button for the trap to continue working. Timing is essential here, and these traps won't do much good unless you use them at the exact time another player is in a specific area, so watch your opponent's movements at all times. 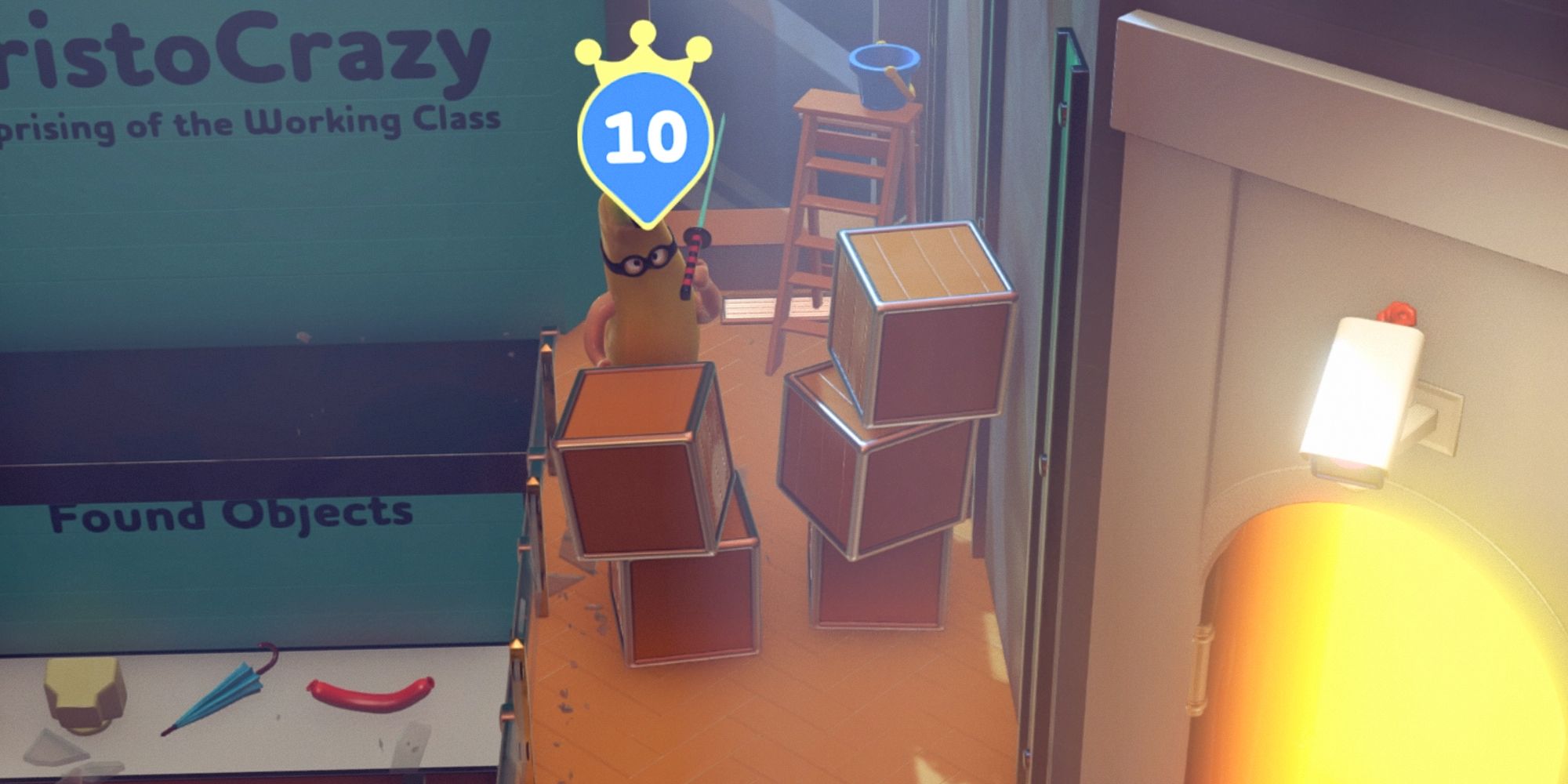 Break everything you find within reasonable circumstances. You don't have to run through the map breaking all the objects your eyes lay upon but instead break things when you need weapons, power-ups, or more precious loot. Breaking down things like pillars or knocking out glass opens up more options for items you can use to fight with and the damage done to other players.

It's also just a little bit fun to do which is what you want the game to be, and breaking the different parts of the map will show you what kind of things typically appear. 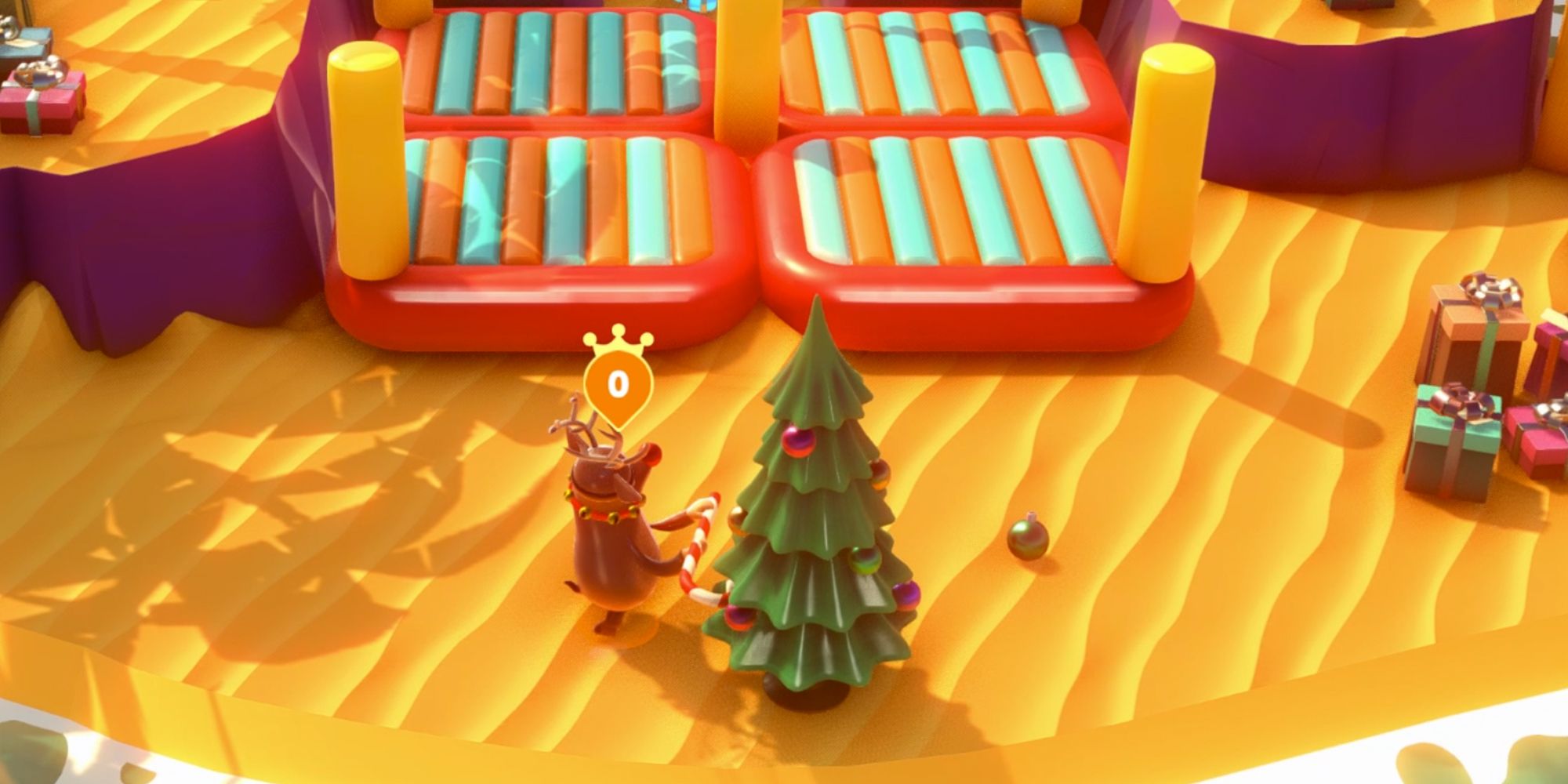 The classic tactic of just straight-up lying is a tool that will work more than you expect. When playing a game, especially a multiplayer one, sometimes without even noticing, we'll watch other people's moves and implement that into our style of play. And it's not just you who'll be keeping a keen eye on player movements, so will everyone else.

If things are looking bad and there's very little chance of you leaving the stage with any loot, you can try to deceive other players through confidence, making it look like the place you're heading towards is significant. Of course, it won't always work but use this as a last resort since if someone follows where you're walking to, you can either try to run away from them or attack them. 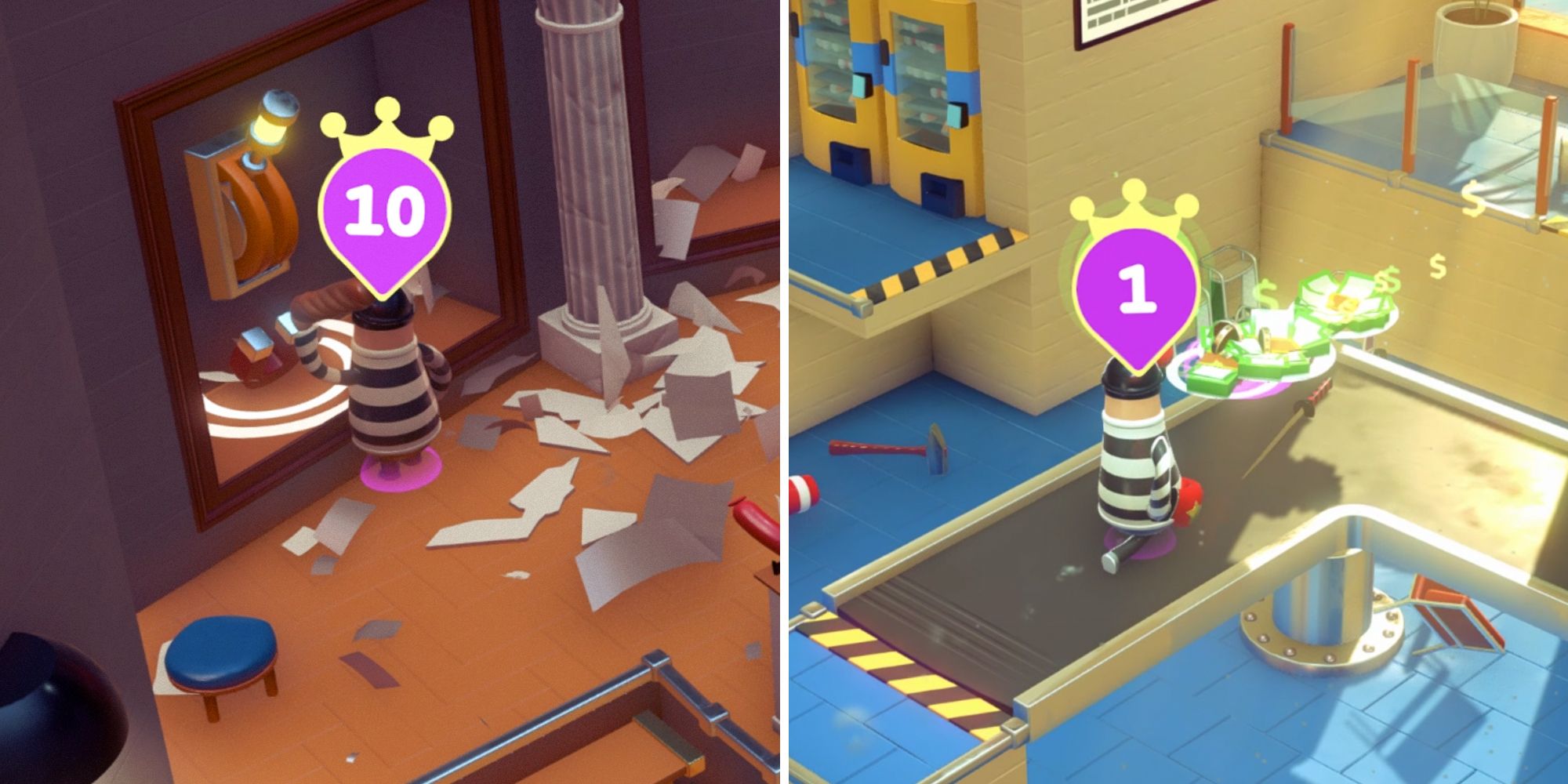 Since there are so many different weapons and handy tools to equip yourself with in the game, something like a magnet may not seem like your go-to choice, but if you spot a magnet on the map, be sure to pick it up. When near loot, magnets will pull the money towards you, where your character will then instantly pick up the loot.

Finding a magnet is quite the game-changer because if you're speedy with it and are close to the exit after acquiring the loot, you have a chance to escape the stage without so much as a scratch on you. Just be aware that magnets aren't the most common item and won't appear in all the stages, so take advantage of them when they do materialize.

3 Use Broken Debris As Weapons 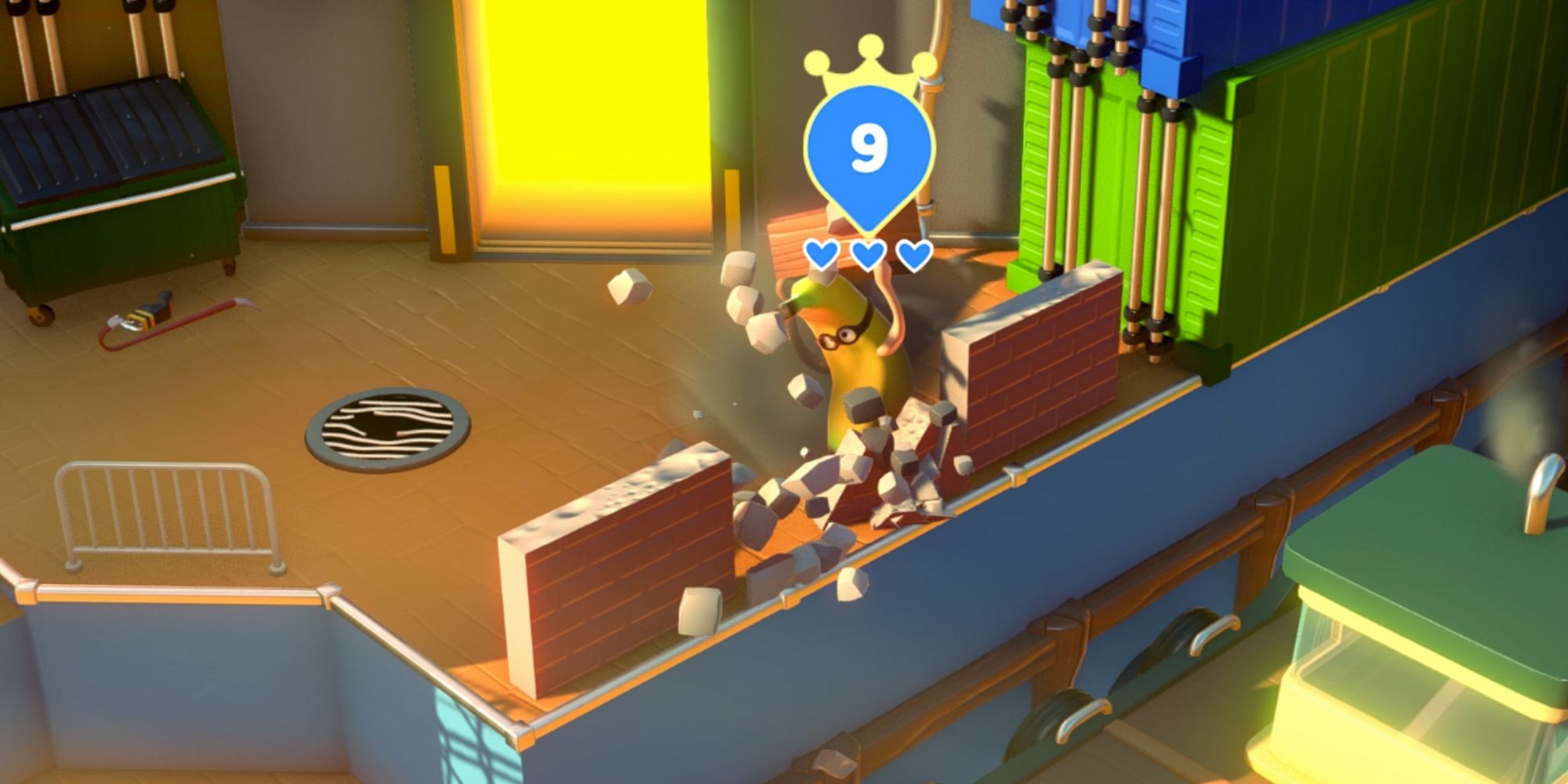 Most things in the map, once broken, can be used as weapons, not just the actual weapons of the game like the pistol, for example. So if you break a piece of railing, you can pick it up and use it to attack a fellow player. Take full advantage of this because there won't always be enough weapons to go around, especially with the aggressive nature of the game.

You won't have to go out of your way to break things, as this will happen naturally by accidentally hitting a wall while attacking an opponent or knocking something down to create a shortcut for yourself. Use your surroundings as much as possible. The environment can be just as valuable as the actual weapons of Rubber Bandits. 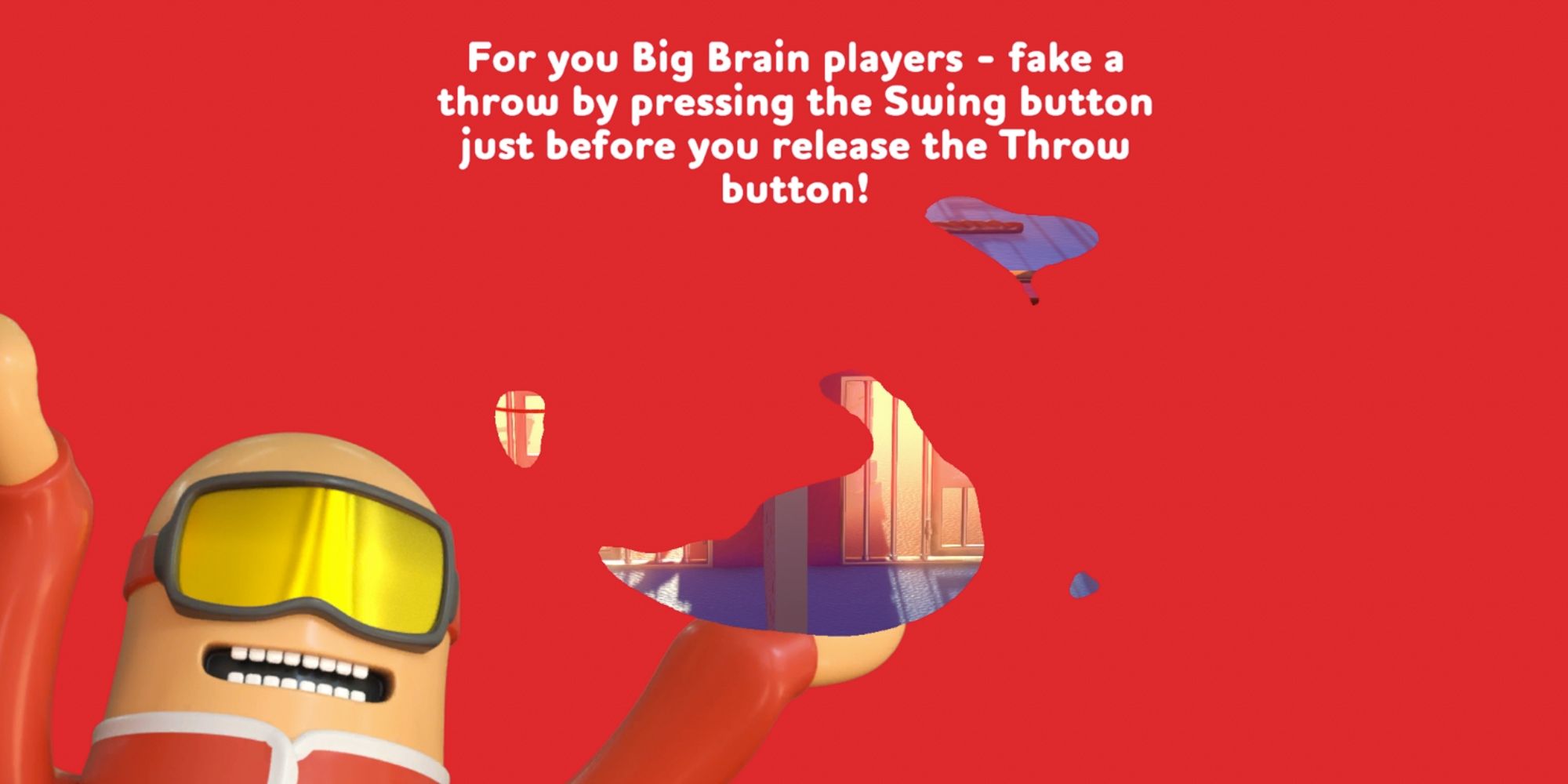 This particular tip appears on the game's loading screen but is easy to miss since the game loads incredibly fast. Nevertheless, it's a fantastic piece of information that can turn the tide in your favor so long as it's timed right. The idea is to press the swing button just before letting go of the throw button, and once trying this move out a few times, it's easy to remember.

Doing this will trick whoever you're aiming to throw at, as they may try to move out of the way as not to be knocked in the head. Furthermore, faking a throw will stress out other players since there isn't much time to react, and frantic decisions will ensue.

1 Plan Ahead Your Exit Strategy 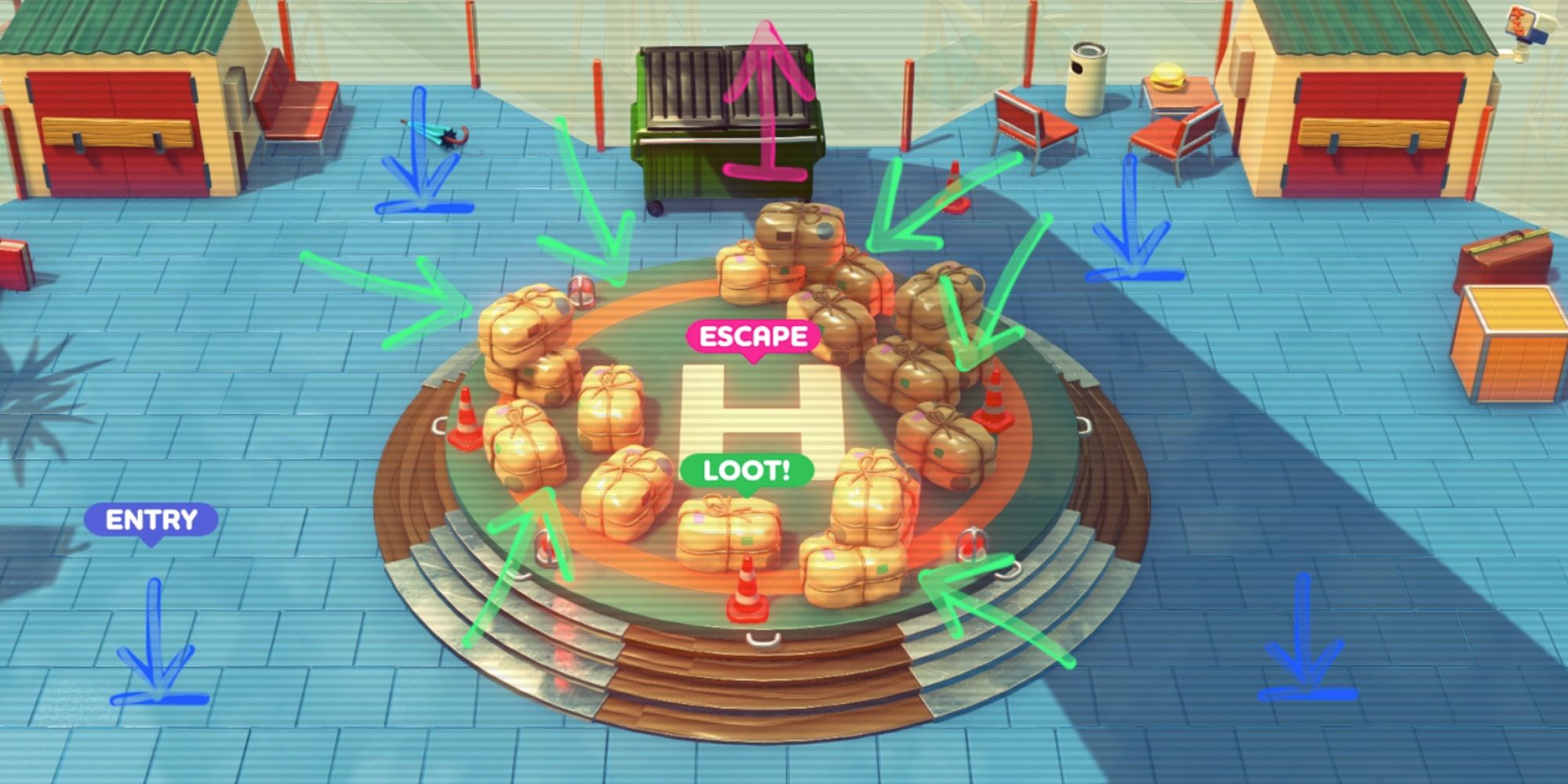 By far, the most important thing you always need to do before beginning a stage is to plan your exit strategy. There's no point in spending all that time and effort battling against fellow players, knocking people down, being knocked down, and finally stealing the loot only to be stopped just before leaving.

Some exits have extra steps you need to take care of before leaving, and other players will no doubt take advantage of this. So instead of rushing straight for the big towering safe at the other side of the map, firstly find out where the exit is, how you're going to go through said exit, and finally check over any extra steps necessary that may prevent you from leaving.