Rogue Tower blends the chaotic gameplay of a tower defense game with the gradual, satisfying power creep of a roguelite. You must withstand an ever-growing horde of zombies, vampires, and other classic video game enemies as you protect your tower and explore the lands around you.

While much of your success will rely on how nicely the game treats you with its branching paths and upgrade choices, there's a lot you can do to improve your chances. Tower placement and grinding for XP are only the tips of the iceberg when it comes to Rogue Tower. 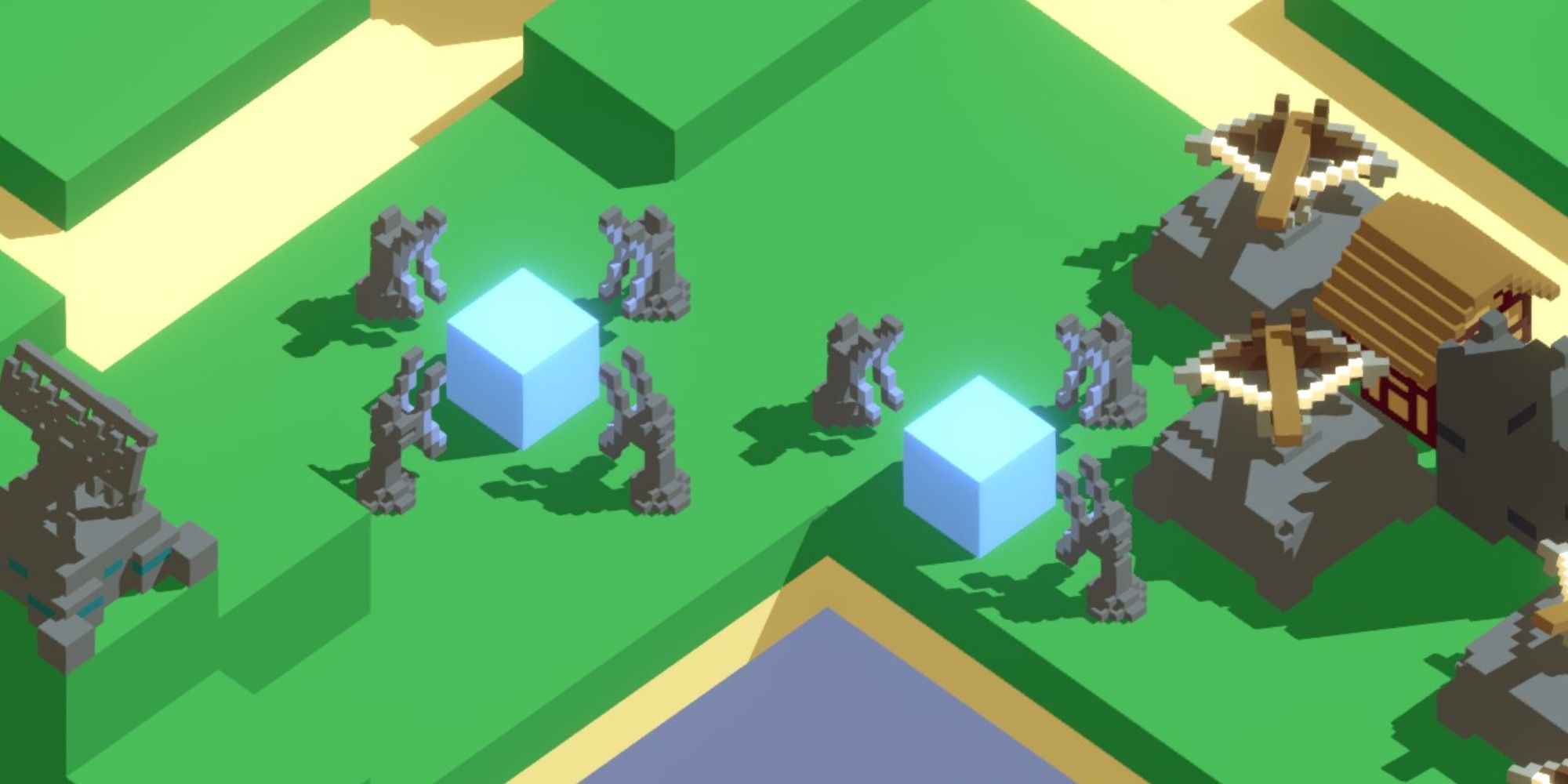 As you expand the map in Rogue Tower, you'll uncover lots of pre-placed buildings and features that can be exploited by placing certain towers next to them. Some are more useful than others.

Of these, the most useful are Houses and Mana Veins. Extra gold and mana are always useful, especially when using expensive towers that eat up a ton of mana, such as Obelisks and Particle Cannons.

While exploiting Iron Veins for the extra protection can be useful in a pinch, it's a less useful strategy in the long run. Once you get to the later waves, it is simply impossible to out-health the determined opponents.

When trying to exploit adjacency bonuses, make sure you're placing towers on the same level as the resource you're trying to exploit. Having a Mana Siphon a level higher or lower than a Mana Vein is useless.

You can check whether a tower is working by clicking it. It will tell you what advantage it is providing. 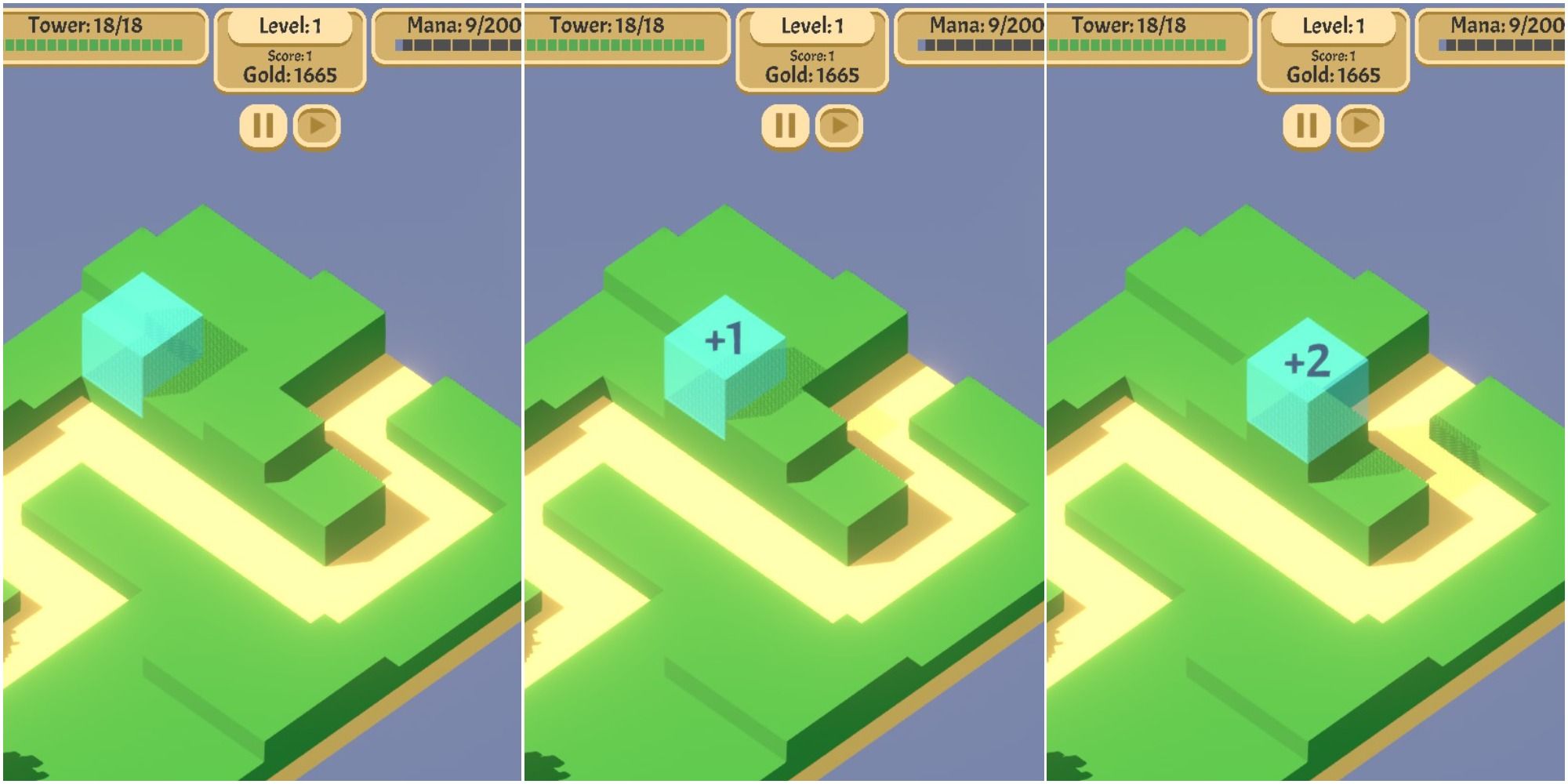 The different levels you'll start to encounter as you expand the map aren't there to make the game prettier; they serve a strategic purpose.

A tower placed on a hill will gain a bonus to both its range and its power. Specifically, they will get a bonus to all three of their damage bases, meaning their damage multipliers will take you that much further.

It's especially useful to save the highest hills for the towers that benefit from it the most, such as Tesla Coils, Mortars, Frost Keeps, and Obelisks. Particle Cannons and Radars won't get much benefit from the extra range since they have ridiculous ranges to begin with, but boosting their incredible damage multipliers is worth considering. 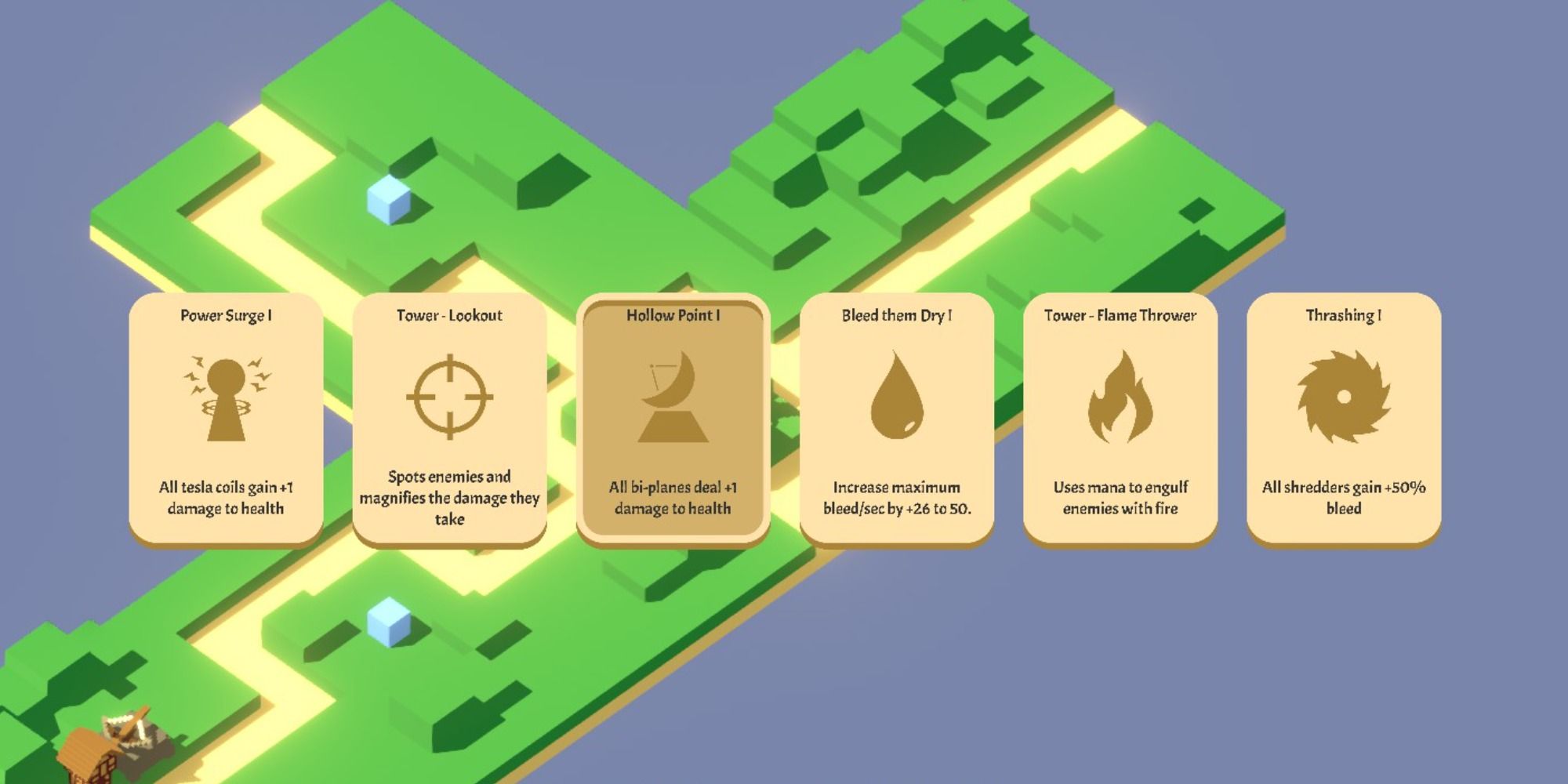 Enemies in Rogue Towers have three different types of defenses: Health, Armor, and Shield. You'll quickly find that your towers have different damage rates for these defenses, usually specializing in one to the detriment of one or both of the others.

This should influence your choices when you pick new towers to unlock. Having one tower that specializes in each type of damage is a good strategy.

There's nothing to say that you can't upgrade a tower in a way that targets a different defense, and in fact, this can be a useful strategy. For example, an Obelisk with a ton of Shield damage might be useful to place further down the line, where Shield enemies are likely to be abundant.

Remember to set your towers' target priorities correctly! You'll want those good against armor to be targeting enemies with the highest armor, and so on!

Ballistas are not very useful as a main offensive weapon, don't rely on them. Frost Keeps, Encampments, and Lookouts are more strategic choices that also shouldn't be used as your main offensive tools.

The Power Of The Frost Keep 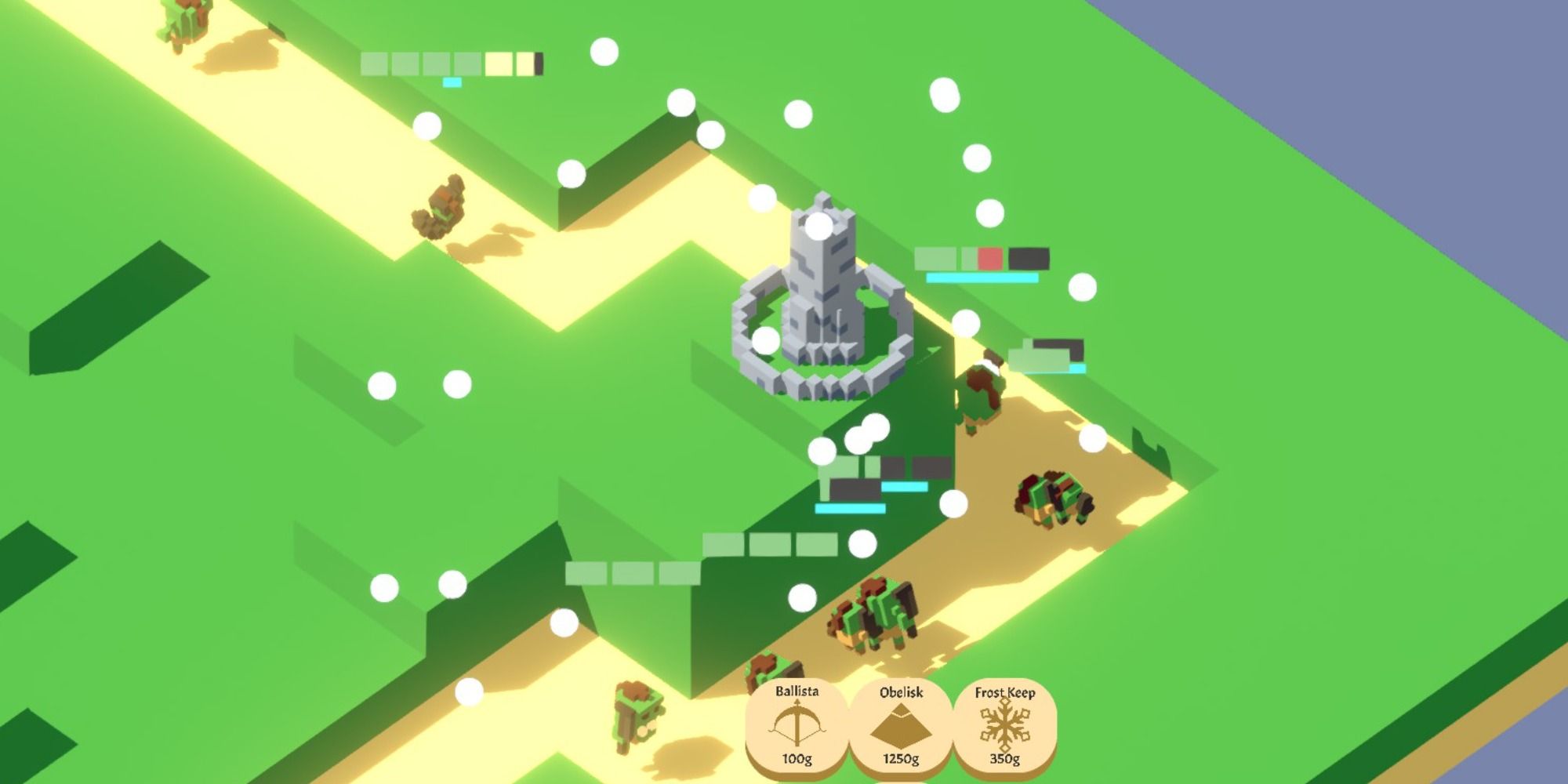 The Frost Keep is one of the most useful towers in the game and should be one of the first things you unlock. While it can be a considerable drain on your mana, careful use and strategic placement of Frost Keeps can drastically increase your chances of success in Rogue Tower.

The Frost Keep is a consistent AoE tower that has a slowing effect, and it's this slowing effect that you want them for. Slowed enemies naturally take far longer to get near your tower and thus take far more attacks from your other towers. Placing a few Frost Keeps in key locations where they can slow down lots of enemies at once (for example, in the center of forks in the road) is a great help.

The rate at which a Frost Keep's damage ticks is boosted as it targets more tiles on the road. Place your Frost Keeps on +3 hills at the very least. The more land it covers, the better it'll work for you. To this end, getting the cards that upgrade the Keep's range should be a high priority. 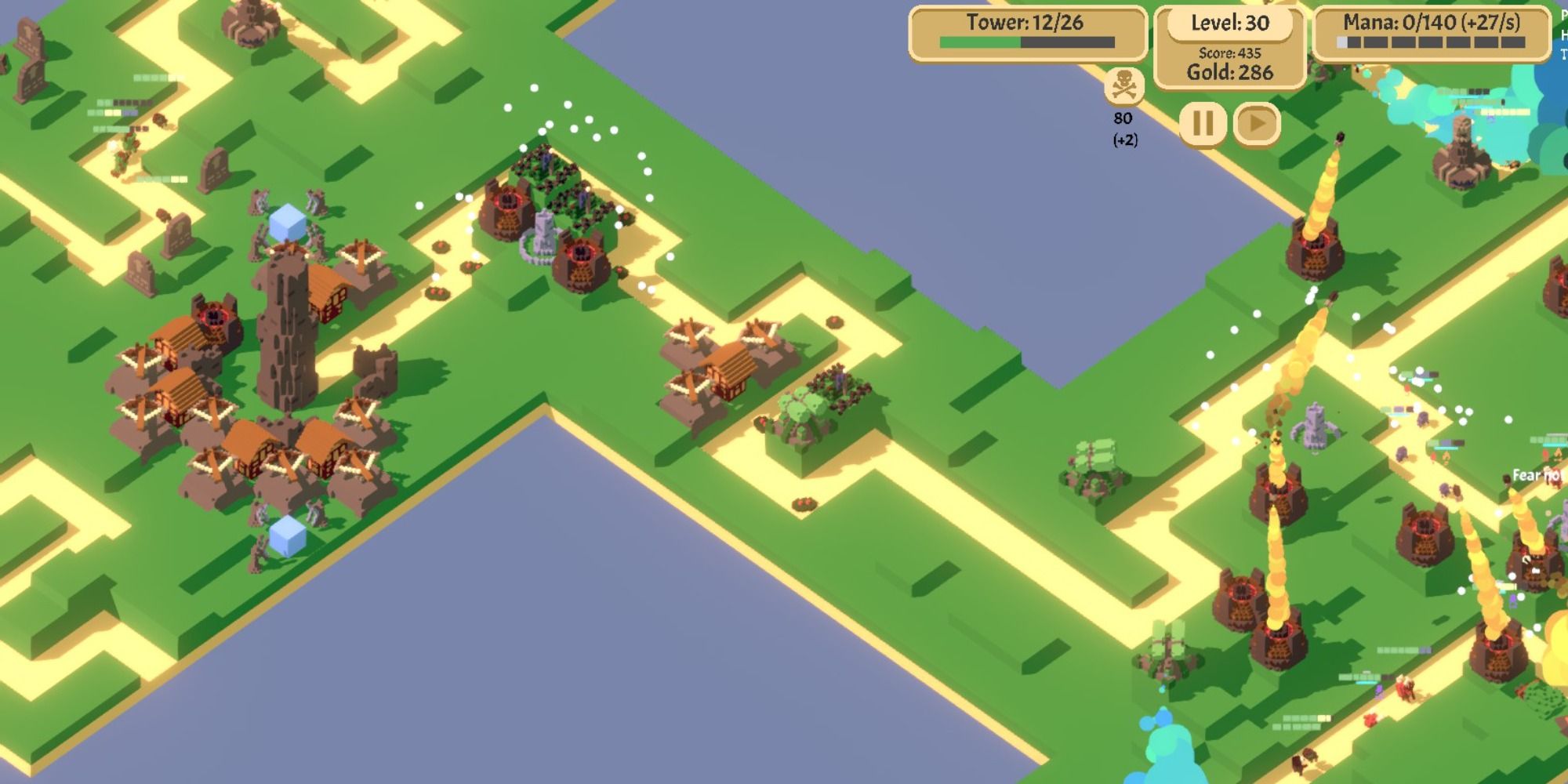 As your map grows and you expand outwards, it's easy to focus on the lands furthest from your tower, building them up to take care of your foes before they get close. This is a mistake.

Instead, be sure that you're fortifying the area close to your central tower – upgrade the defensive towers there and place new, better ones when you unlock them. As you get further in the game, enemies will pick up some nasty abilities. Vampires, for example, will turn into bats when you kill them, and they'll speed along without a care if they get past your initial defenses too quickly. 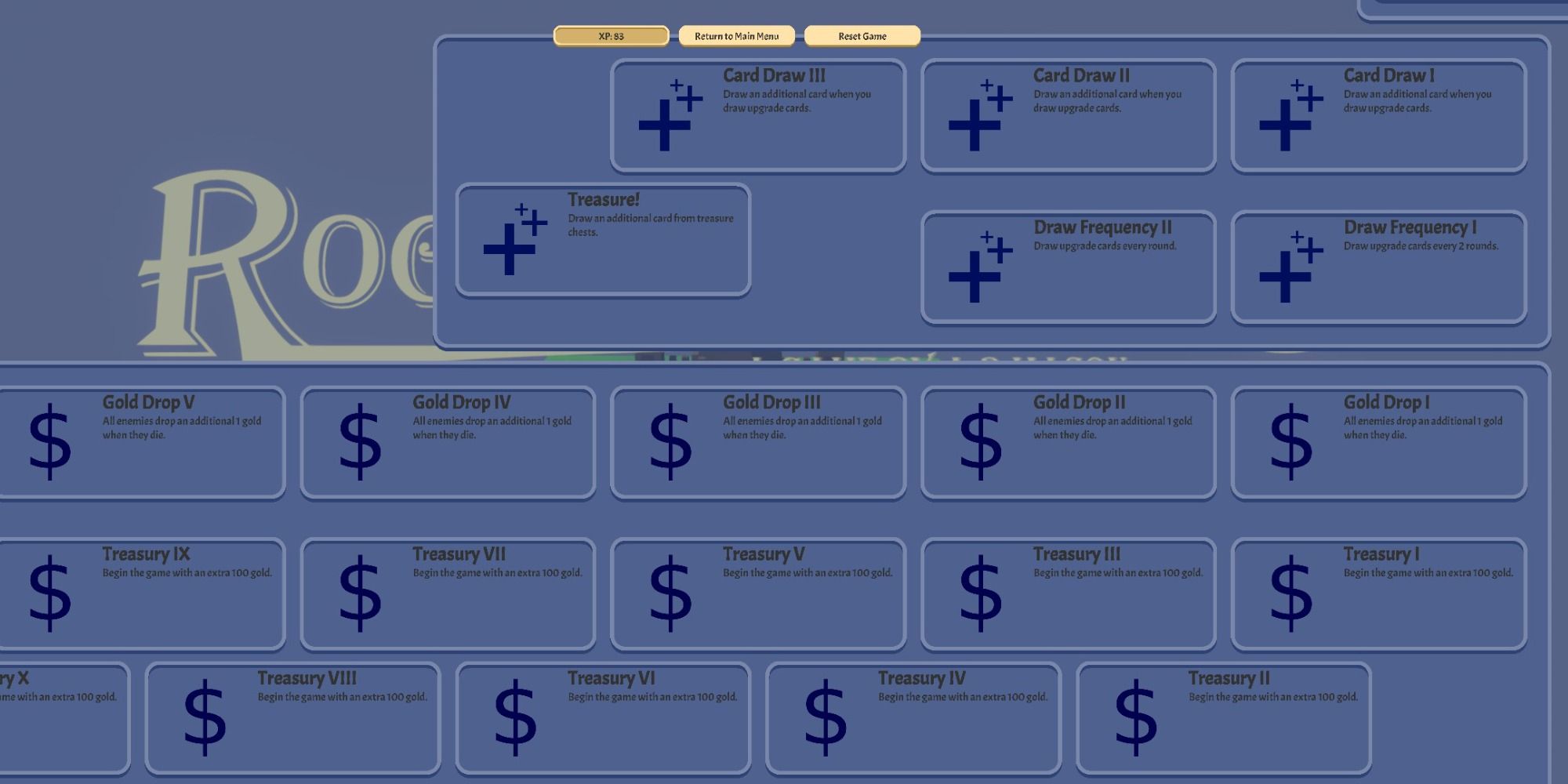 Rogue Tower has a roguelite design that has you accruing experience based on your performance and spending it to unlock new cards and permanent upgrades.

The most substantial upgrades you can buy in this menu are the Card Draw, Card Frequency, Gold Drop, and Treasury cards. To unlock these, however, you'll have to purchase a certain number of cards that appear randomly – these are the cards with yellow backgrounds on the Upgrades screen.

Your first bouts of upgrading should be spent unlocking some new towers and then buying only the cheapest upgrades – the ones costing five, ten, and 15 XP. This way, you can rack up a large number of 'Cards Unlocked' and then grab the permanent upgrades that will truly enable you to become powerful in later runs. 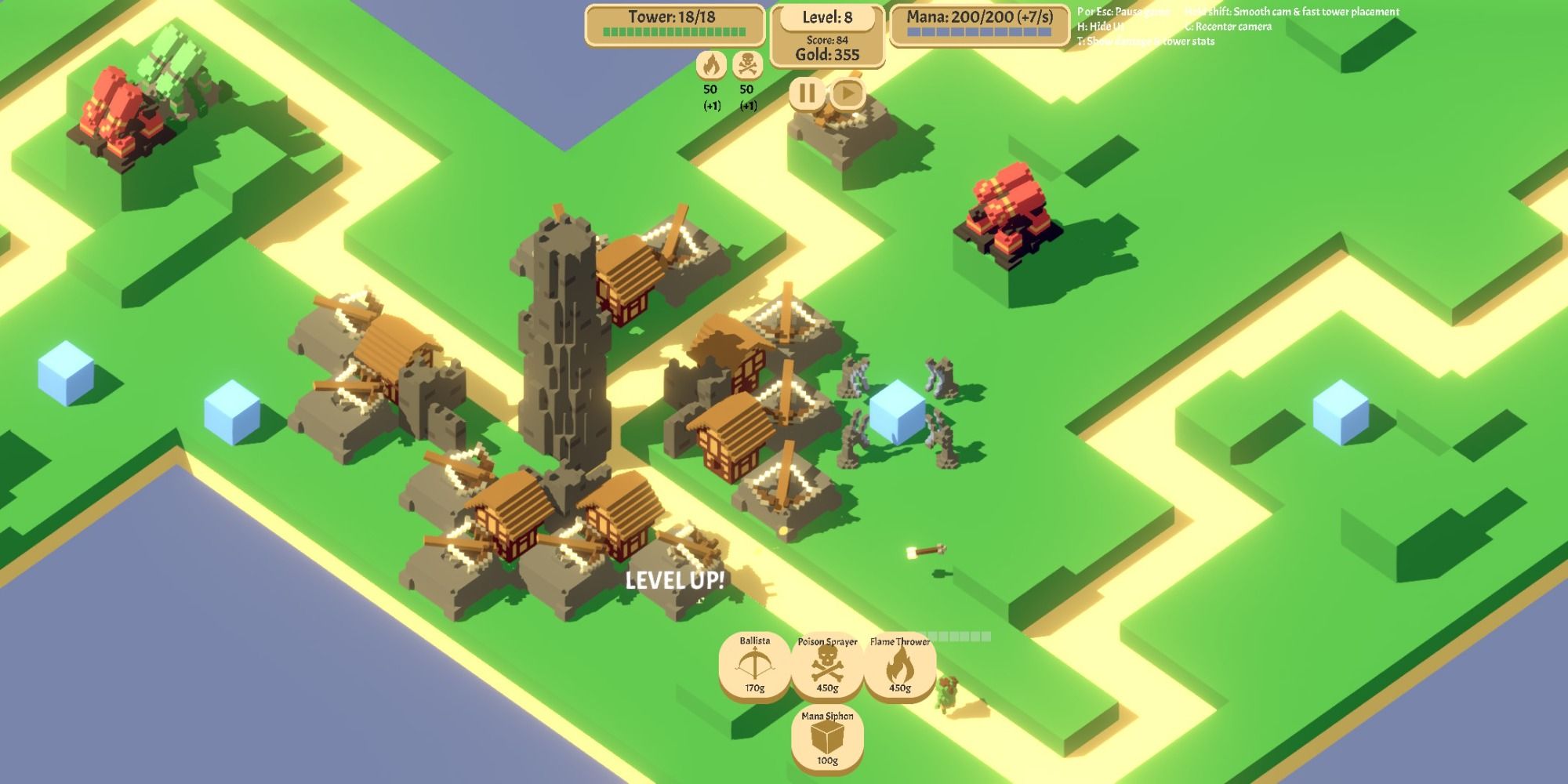 One criticism of Rogue Tower is that success is heavily dependent on RNG, and this is no clearer than when you play Double and Triple Defense. Having more paths to defend makes the layout of your map even more important than normal, and it's a big adjustment from Single Defense, where most players agree the fun is.

Don't avoid these modes, however! After you've secured some good upgrades and are drawing new cards every turn, you can easily rack up a decent run in either of these modes with a little luck, and this will net you a ton of XP. Avoiding these modes leads to a grind for upgrade XP; embracing them speeds the process up significantly.