You are here:
Home / Revisiting Kanto – Pokemon Blue’s Safari Zone Is Impossible To Care About

Welcome back, my adventuring chums, to our expedition through Pokemon Blue’s Kanto. We had a week off last week as I was away on a real life adventure, but now I’m back where I belong, sitting in my house playing video games. If you need a reminder, or if this is your first time joining us, for the past few months I’ve been detailing my journey through Kanto step by step, trying to feel the region as a tourist rather than as a battle-hardened trainer. And if you’ve been a long time reader, sorry once more for constantly repeating this intro. Last time, we made our way to Fuchsia City and I found myself struck by how much it felt like a place left behind, like those American towns built around The World’s Largest Ball of Twine. That twine ball is the Safari Zone, which is where we’re headed today.

The Safari Zone is very different to all the areas we’ve been to so far. Ironically, even though it’s a tourist attraction within the game, the Safari Zone feels the least suited place yet to exploring it as a tourist. In my adventures thus far, I’ve been walking slowly and trying to make every step count, but in the Safari Zone, your steps are limited. In a regular game where the aim is to catch ‘em all and be the very best like no one ever was, I understand why our time there is limited, but by footsteps seems to go against the ideals of the zone.

You also get 30 Safari Balls, and if you run out of those before your footsteps are up, then you’re kicked out automatically. The problem is the Safari Zone does not exist simply to be enjoyed in Pokemon Red & Blue, but instead to be conquered. To move on from Fuchsia City, you must reach the end of the Safari Zone, which requires staying on the straight and narrow and plotting your path carefully. You can repeat the zone as much as you want (I reached the end then had two slower wanders across the plains), but the shine is taken off by the fact that it presents a challenge to you. 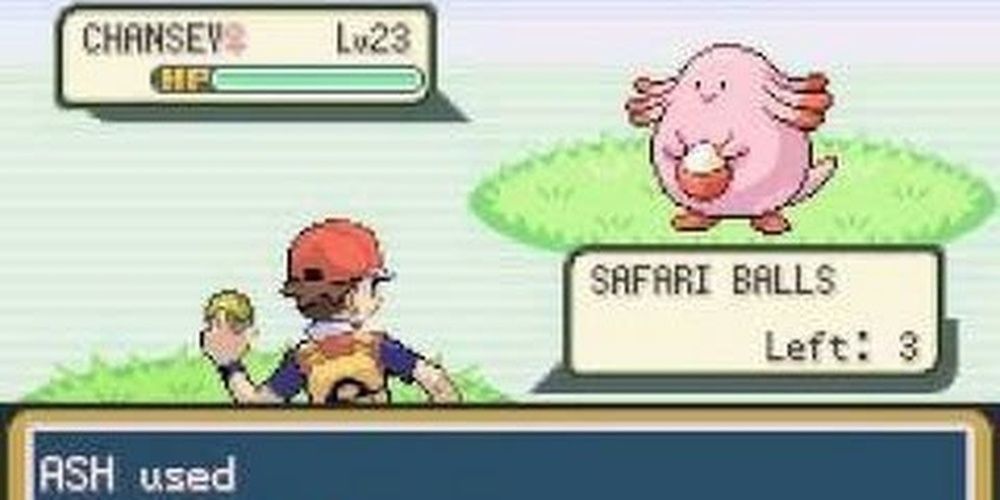 The Safari Zone is essentially the closest thing we have to a Pokemon zoo, with the same sorts of ethical dilemmas. In the Safari Zone, creatures have open spaces to wander in rather than a cage, though ultimately they’re still enclosed in what amounts to a lithograph of wilderness. They live in Plato’s Cave, unaware that the wild freedom they roam with is just a homage to true freedom. It’s strangely romantic, that the largest swathe of open land for Pokemon to roam across in the game (save for oceans or caves), is false. Creatures with true freedom live in tiny patches of grass next to footpaths or sprinklings of green outside bustling urban cities, and the manmade freedom the Safari Zone offers lets them run wild and unbridled in acres of open space.

Of course, this romance is offset by the fact you can choose to throw rocks at their face. Every now and then Gen 1 has weird little moments that you know never would have made it in if the team knew it would become the biggest media franchise of all-time, and the rock chucking is definitely that. There are a few times when replaying Gen 1 and trying to take in the broad strokes of the game that I have realised we might be the villain of the story. Team Rocket lurks in the background of course, with its evil plan of, um, having some Pokemon, but if we’re not the central baddie, we’re certainly a bit of a spoiled brat. 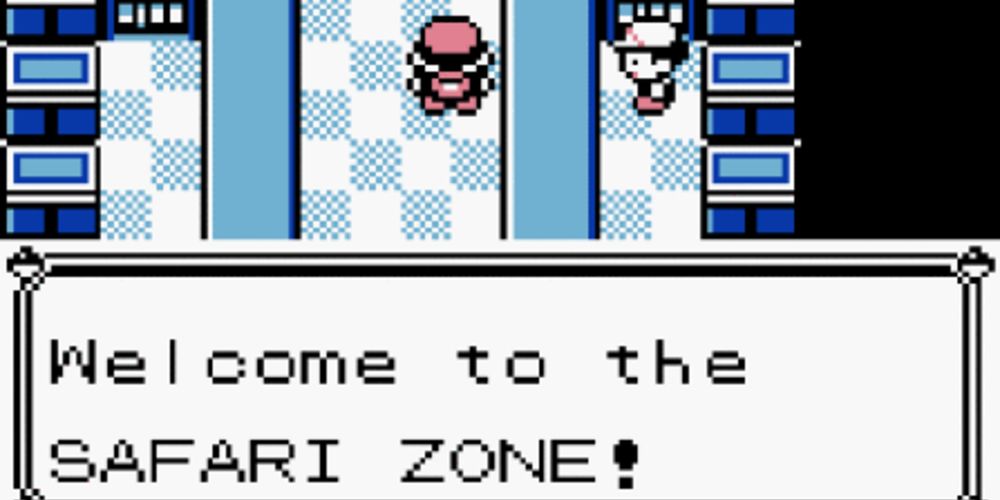 The Safari Zone is the one place so far that has completely stumped me. It’s not a let down or a pleasant surprise, I don’t feel any differently than I did before I went in – I don’t feel anything. It’s objectively a cool idea to offer what is clearly a very early precursor to the Wild Area, but it’s also far more bland as a setting than I remember. Perhaps that’s the way it’s most like a zoo – I can’t really see the point of it.

Next week, we’ll be doubling back to Saffron City, one of the more action-packed locations in Kanto, where we’ll see not one, but two whole gyms, and once more match wits with Team Rocket. Be there or don’t, I guess.