You are here:
Home / Revisiting Kanto – Cerulean City Is Saved By The Areas Around It

Revisiting Kanto – Cerulean City Is Saved By The Areas Around It

If you've been a regular visitor on my travels across Kanto, you'll know that last week's stop in Cerulean City is the most disappointed I've been on my journey yet. If you're just joining me now, here's a quick catch up – I'm currently in the midst of revisiting Kanto (hence the title) as less of a Pokemon trainer and more of a tourist. I'm not interested in the battling and catching (although to progress, I still need to participate), so much as I am in the sights, the stories, and the world building. That's why the surprisingly empty Cerulean was so disheartening. Thankfully, the surrounding filigree of the town more than makes up for it, and underlines how key battling is to fully appreciating Pokemon's world.

So far, I have not discussed any of my party, any battles beyond 'yep, beat Brock', or anything surrounding the catching of Pokemon. If anything, I have actively pushed back against this idea, finding ways to explain my conquests without the need for victory in combat. While my focus will remain on the places I go rather than the trainers I pulverise, the surrounding areas of Cerulean have made me see that I was wrong to view the gameplay and the setting as opposite ends of a spectrum. In fact, they are all part of a larger whole.

The first area that deserves our focus is Nugget Bridge. In terms of raw design, it is just a bridge. Just a little bit of uninteresting pathway that leads from our dull city to a patch of grass. Yawn. Add Pokemon into the mix though, and it becomes a gauntlet to greatness. Assuming you don't Torchicken out and heal yourself in between battles, this succession of trainers is your biggest test so far. Nugget Bridge becomes more than just a bridge because of the memories you carve out on it. Winning your battles is no different than writing your lover's name on a padlock and looping it through the grating. 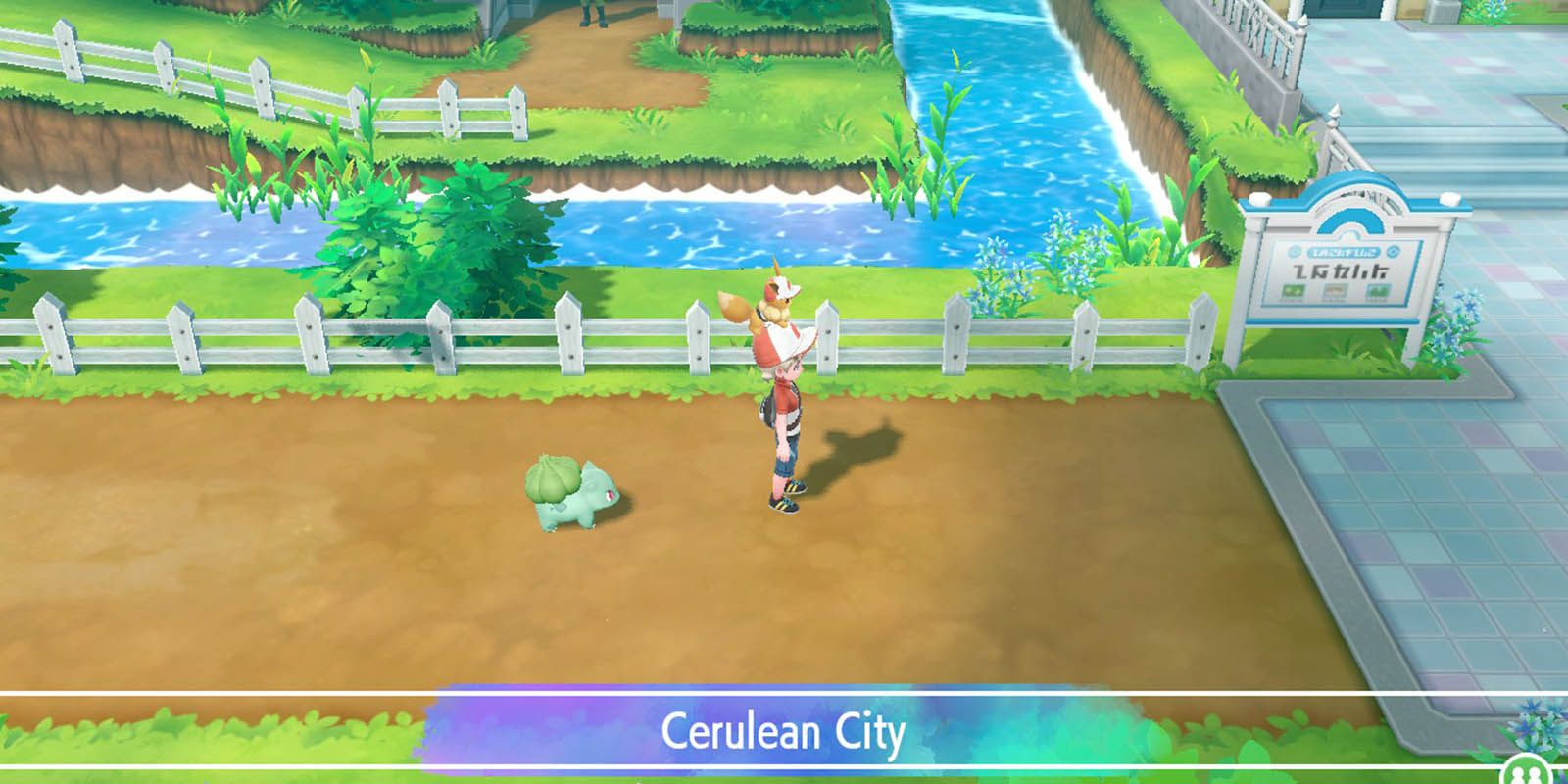 Once you reach the end of the bridge, you a) get a gold nugget and b) learn it was all a trick. The bridge is a test in order to ensnare new recruits for Team Rocket by essentially making sure they pass the vibe check. The bump of gold you get is very reminiscent of how criminal gangs try to lure in impressionable young recruits with shiny gifts, and how drug dealers give you the first taste for free. It's all presented very cartoonishly in the game, but it's doing some major storytelling, and far better than the flat burglary story that awaits you in Cerulean itself.

Beyond this, there's another short section of battling, training, and catching (this one fairly typical and uneventful), before we come to the Cronenberg temple of body horror that is Bill's house. Man and Pokemon are very different entities. Despite some fan theories about Ash's Mom and lots of lewd fanart, Pokemon and humans never intertwine. No, not even with Gardevoir or Tsareena. However, when we go to Bill's house, we aren't greeted by Bill at all, but by a Pokemon. Let's Go confirms this Pokemon is in fact Nidorino, but in Pokemon Blue all we see is a vaguely Pokemonic creature advancing on us as soon as we enter. After this we, a ten year old child with no obvious prior knowledge of advanced bioengineering or computer science, help Bill complete his equations and transform him back into, well, Bill. 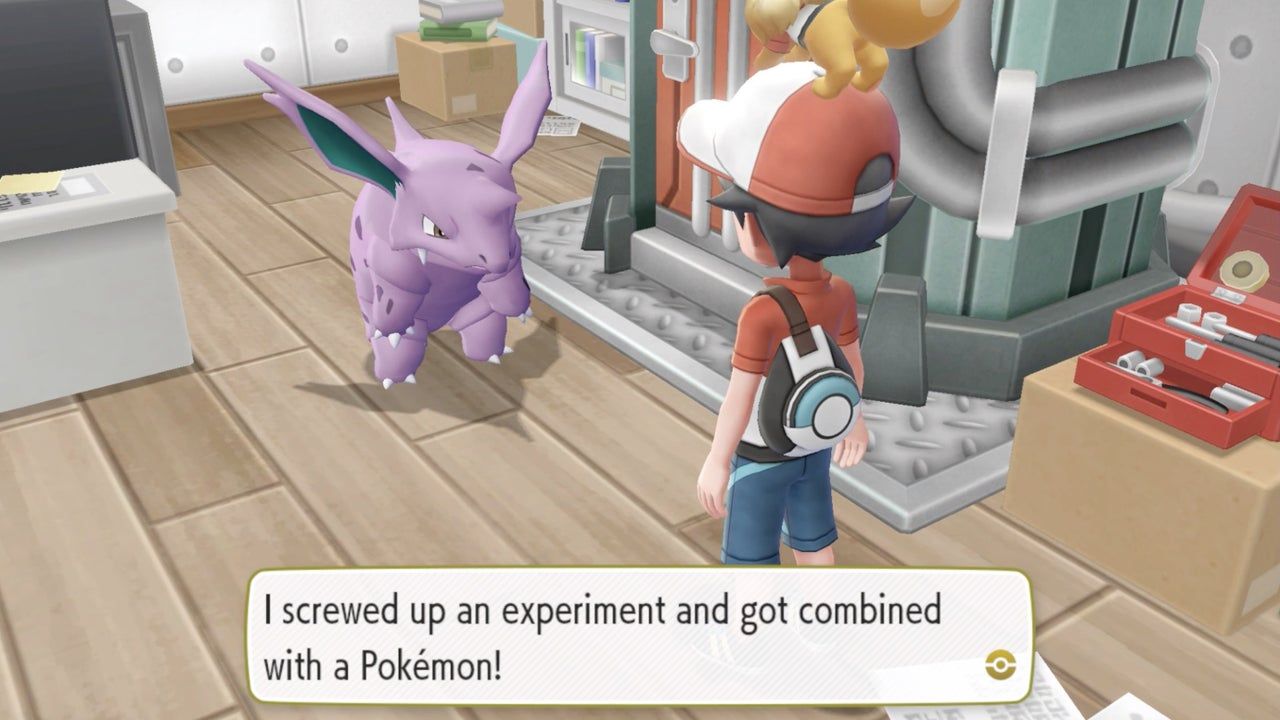 In terms of progression, this scene exists entirely to give us a ticket for the S.S. Anne, but the game really ought to make more of it. We, a ten year old boy who has hitherto barely left his idyllic hometown, should be more shocked at hearing a Pokemon talk to us and then watching it transform into a reedy geek of a man. Imagine being a ten year old kid and walking into a stranger's house, only to have their golden retriever run up to you and start chatting about the weather, and then have it turn into Darren from accounting. You'd probably have a larger reaction than waddling off with a cruise ship ticket in your backpack, right?

Even though the game underplays it, it's clear the surrounding areas of Cerulean are so bursting with storytelling that they elevate the city as a whole. I've been terrified to my very core by Bill, but at least now I can safely go back to calling Cerulean City one of my favourite places in Kanto again. Next time, we'll be picking up in Vermillion City after emerging from the Underground Path. Perhaps we'll even find Mew under that truck, eh?