You are here:
Home / Return To Monkey Island Is A Reminder That The Point-And-Click Adventure Is Still The Chillest Genre

Return to Monkey Island is one of the greatest comebacks in video game history. Even with that bold new art style—which, for the record, I think is beautiful—it feels like slipping into an old pair of pirate boots. A gulf of decades separates this game from 1991's Monkey Island 2, of which it's a direct follow-up, but it doesn't feel like it. It's like Dave Grossman and Ron Gilbert, the masterminds behind Guybrush Threepwood's triumphant return, wrote and designed this sequel a week after they finished LeChuck's Revenge—not 30 years later. I guess making comedy swashbuckling point-and-click adventures is like riding a bike.

I haven't finished Return to Monkey Island yet—I'm currently on a spiritual quest to construct a mop—but I'm already in love with it. It's laugh-out-loud funny, brilliantly self-aware, laden with heaps of fun, challenging puzzles, and incredibly atmospheric—which is all I ask from an adventure game, really. It's also a reminder of why, when it comes to drawing you into a world, this genre is still unbeatable. Most video games are driven by a sense of urgency. You often feel like you're being dragged through them against your will. However, point-and-click adventures, especially those in the classic LucasArts mould, just let you be. 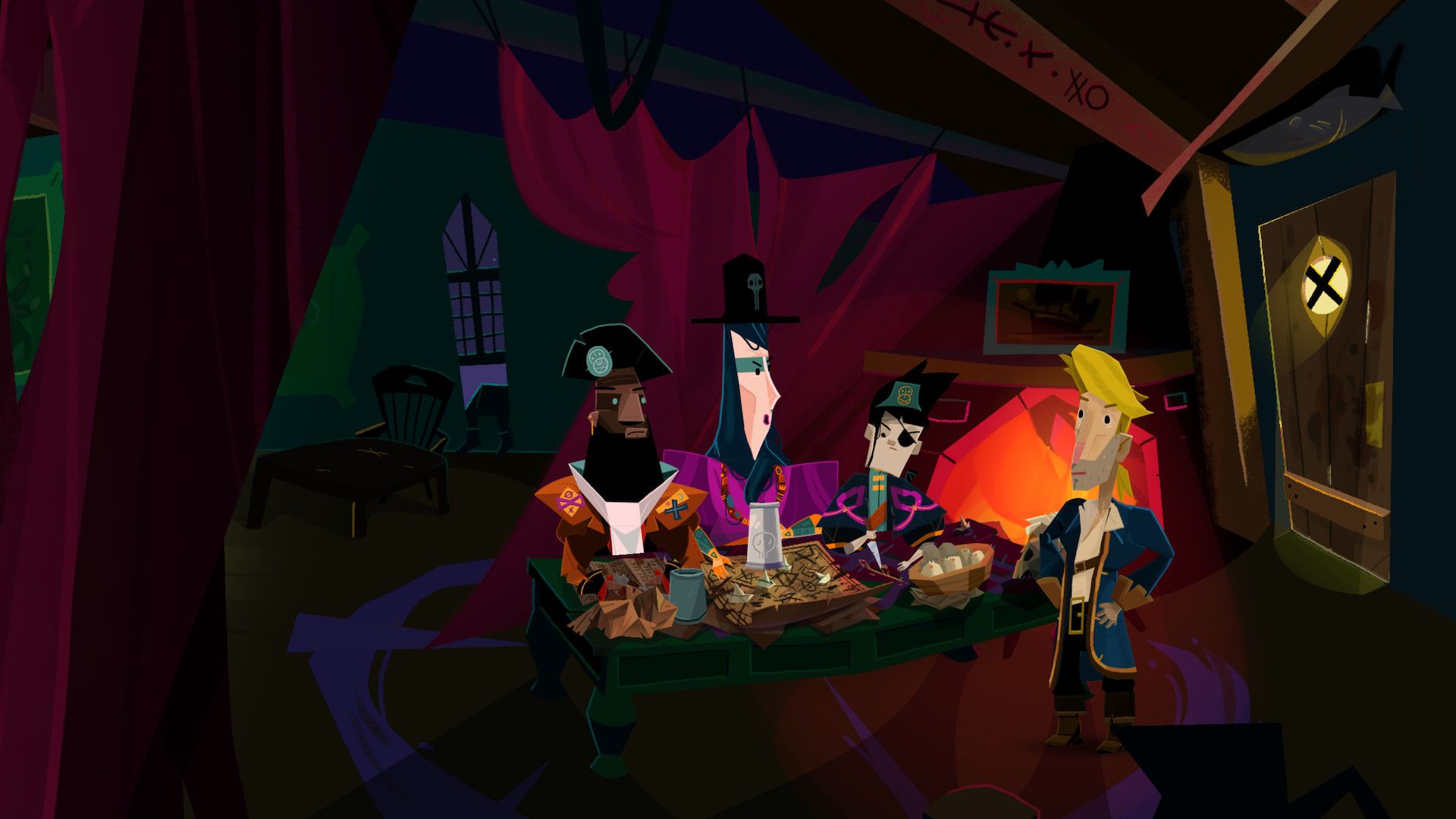 You have a goal in Return to Monkey Island—you just get to decide how doggedly you pursue it. Guybrush needs a ship and a crew, but developer Terrible Toybox is content to just sit back and let you explore Mêlée Island at your leisure, talking to the weirdos who live there, interacting with every point of interest you find, and generally soaking up the moonlit piratical ambience. This is something I've always loved about adventure games: that feeling of simply existing in an interesting world, getting to know the landscape and the locals, and deciding at your own pace when it's time to start solving puzzles so you can advance the story.

I think this is why I find point-and-click adventures so infinitely replayable. I know the stories and puzzles in games like Full Throttle, Broken Sword, Day of the Tentacle, Grim Fandango, and Blade Runner by heart, but I keep coming back to them decade after decade, just to hang out in their worlds and spend time with their characters. There's something oddly cosy and comforting about games in this genre, and I already know I'll be revisiting Return to Monkey Island in years to come for the same reasons—even when I've memorised the solutions to all the puzzles and the secret of Monkey Island is no longer a secret.

If, like me, you're the kind of adventure gamer who refuses to leave an area before exhausting every morsel of dialogue, Return to Monkey Island rewards this compulsion—especially if you enable the hidden Writer's Cut mode. Buried in the options menu, enabling this restores mountains of dialogue, and even entire characters, that were cut for pacing reasons. Pacing is important in an adventure game, especially for modern gamers who are spoiled for things to play, but I personally welcome sitting through long-winded conversations with the game's cast of oddballs, so I'm eternally grateful this option was included. 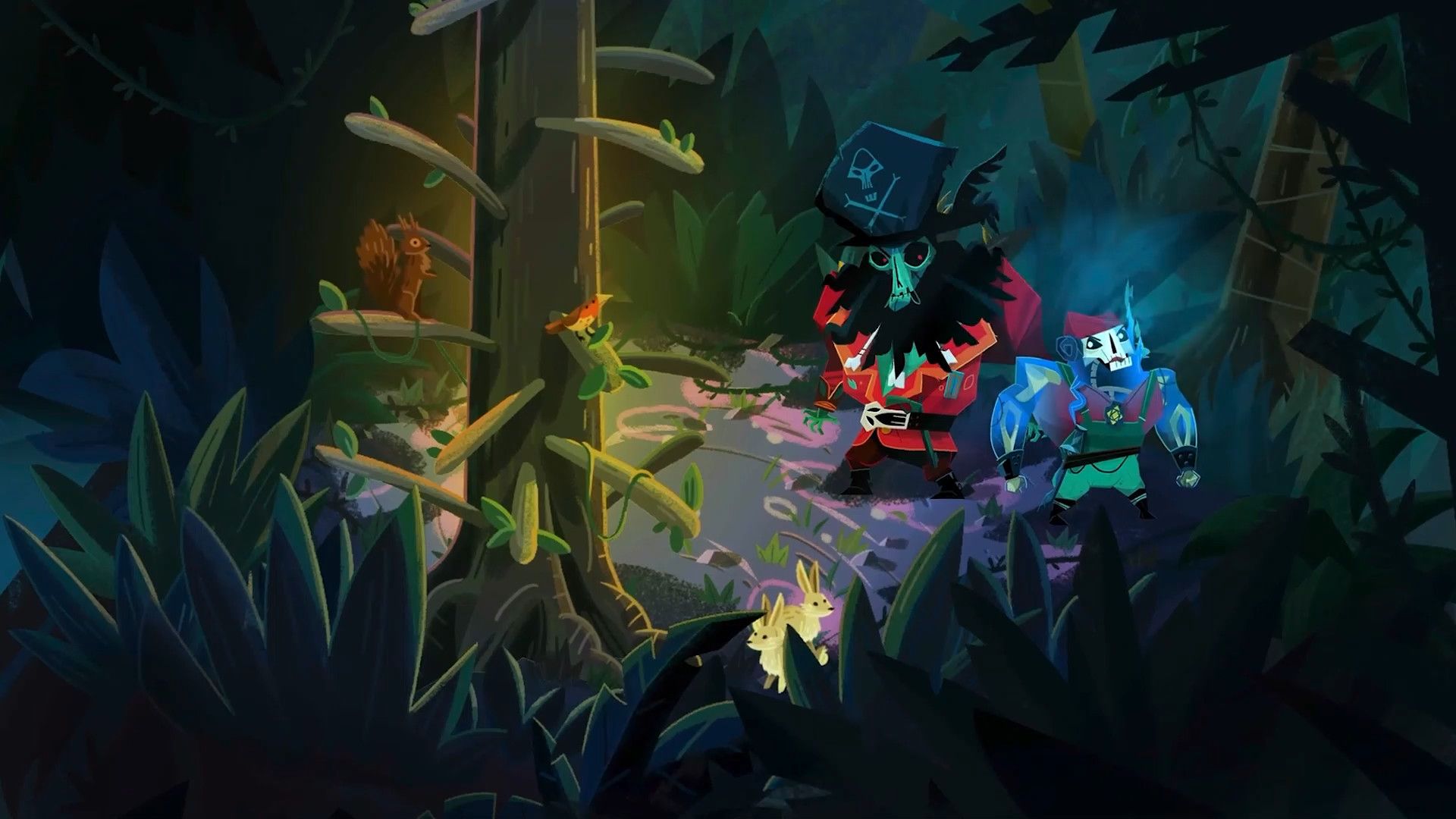 Return to Monkey Island might look like a new game with its fancy animations and crisp, lavish art, but it's pure '90s adventure gaming at its core. That doesn't mean it's a dusty old throwback cynically wheeled out for cheap nostalgia. There are a few thoughtful concessions to the contemporary gamer here, including an excellent built-in hint system and a 'casual' difficulty for those less puzzle-inclined. No need to run up a huge phone bill calling the LucasArts hint line these days. But it captures the spirit of the era perfectly, whisking you back to the days when video games weren't afraid to let you stop and smell the scurvy dogs.