You are here:
Home / Resident Evil Village: How To Beat Each Of Dimitrescu’s Daughters

Resident Evil Village: How To Beat Each Of Dimitrescu’s Daughters

The iconic Lady Dimitrescu is the big bad of the castle segment in Resident Evil Village. However, you have to contend with her three daughters before getting the chance to take on the big lady herself. These three minibosses are all relatively easy, but if you are having trouble taking them down, read the following guide for some tips.

It will tell you how to prepare for the battle, how to actually enable the ability to deal damage to them, and then finally the best way to approach combat with each of them. Follow these steps and each of Lady Dimitrescu’s daughters will be a cakewalk. 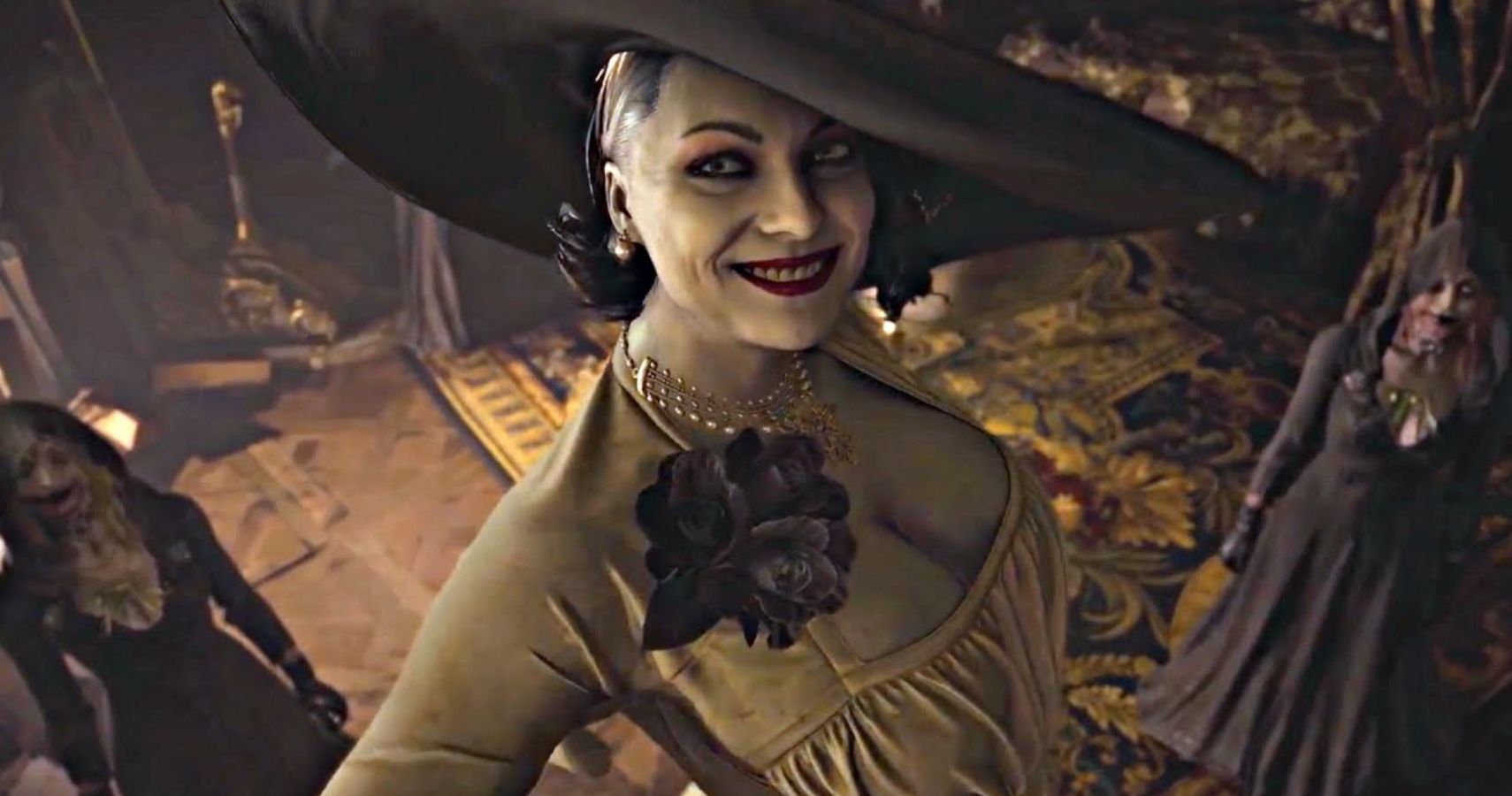 Depending on how you pace yourself, you will reach the castle anywhere between 45 and 90 minutes through the game. Up until this point, you only have access to two weapons, the Semi handgun, and the M1897 Shotgun. For the most part, you should be able to take out all of the normal enemies using exclusively the pistol. Save the shotgun ammunition for the three daughters.

When it comes to crafting, we recommend having at least one or two First Aid Meds in your inventory. Everything else can be dedicated to ammunition. In general, if none of your resources are scarce, save your raw materials for a time when you really need them. 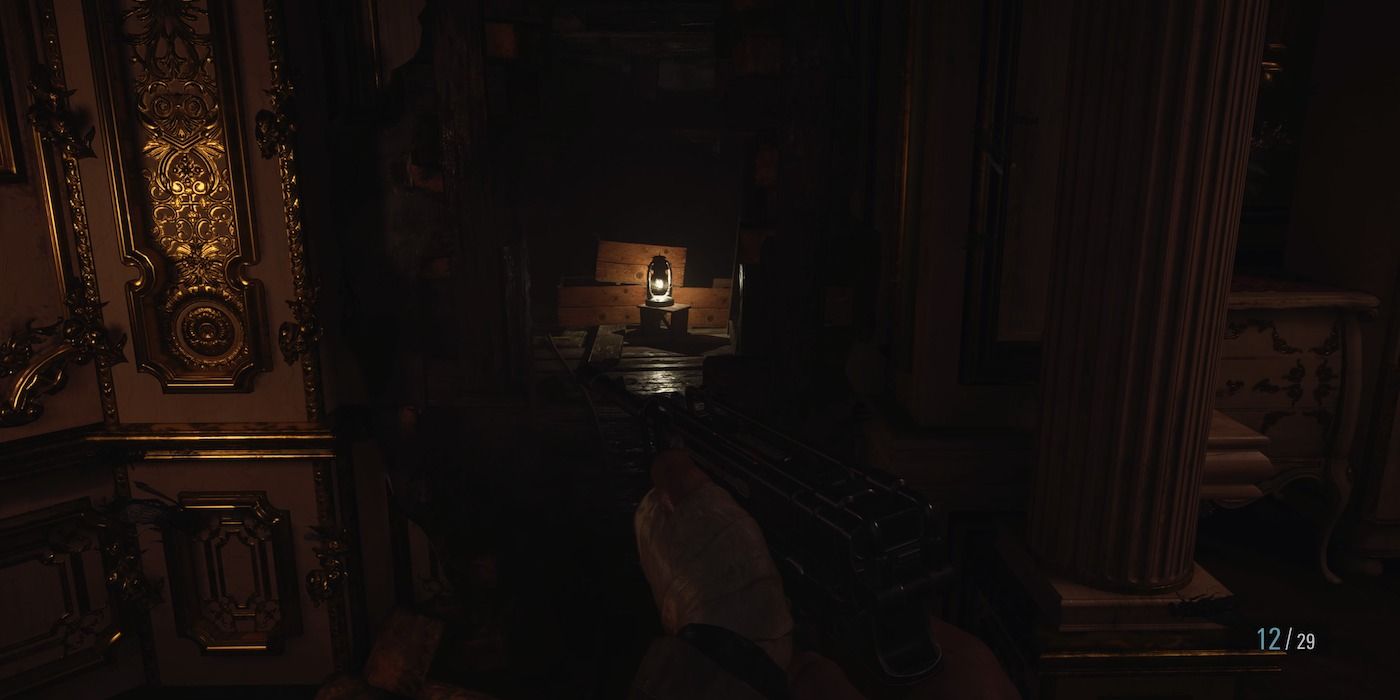 After you use the Maroon Eye to open the door in the main hall of the castle one of the daughters will pop up and start chasing you.

To ensure you will receive no damage from this encounter, just run through the door and take the next two lefts (the door at the end of the hallway is opened later). At the end of this room to the right are wooden boards. The game will prompt you to take these off. Run through this room, drop down through the hole and you will be in the clear. 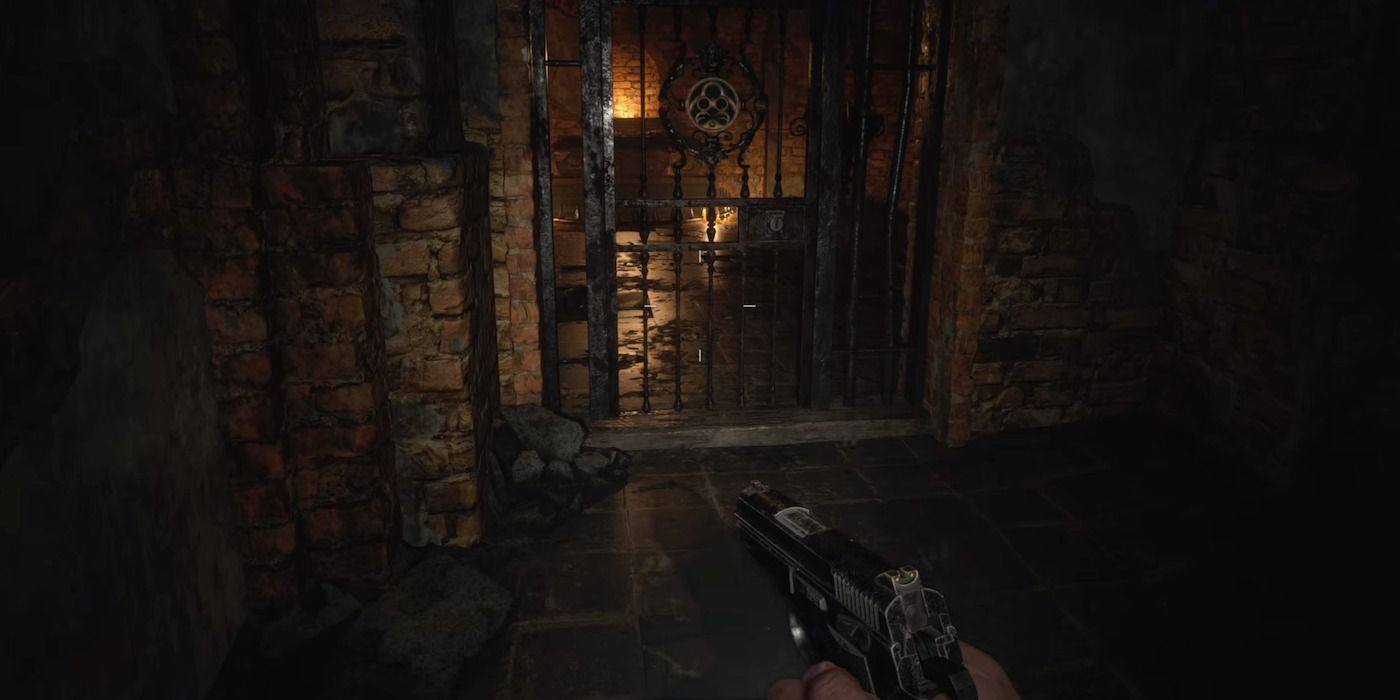 Shortly after the first chase, you go through some hallways and a dungeon. Eventually, you will reach a door with a lock you cannot yet open. After turning right here, another daughter will attack you. Run through this room as quickly as possible and she will have no chance to cause any damage.

There are some resources in the room, but it is up to you if the risk of damage is worth it. 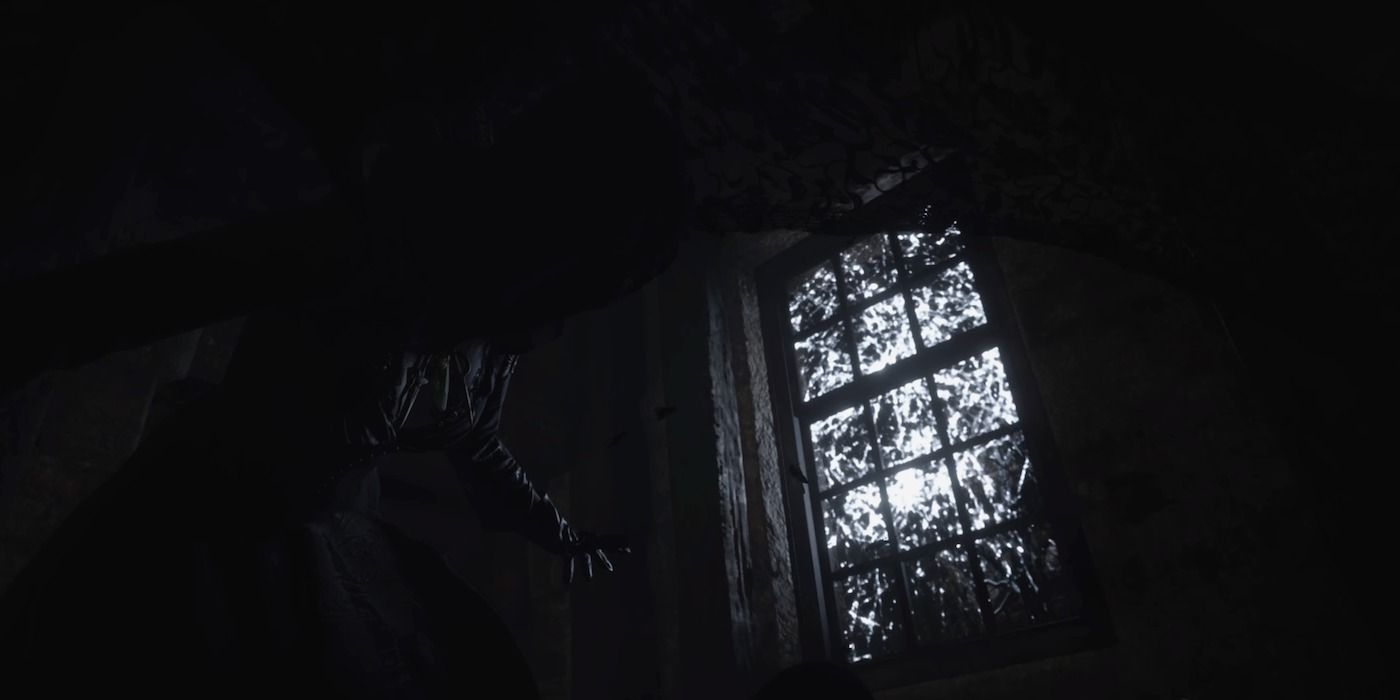 The game is kind enough to let you in on the secret of these bosses’ weaknesses. A window breaks, letting the cold in and making them vulnerable to damage.

From here the actual fight is quite simple. We recommend using all that shotgun ammo you saved up for this fight. The actual battle area is small, so you’ll also have to guard and push her back a few times.

Every shotgun blast pushes her back a little bit, buying you some time to move away. With the shotgun upgraded once from the Duke, it should take about 7 shells on the Standard difficulty mode. 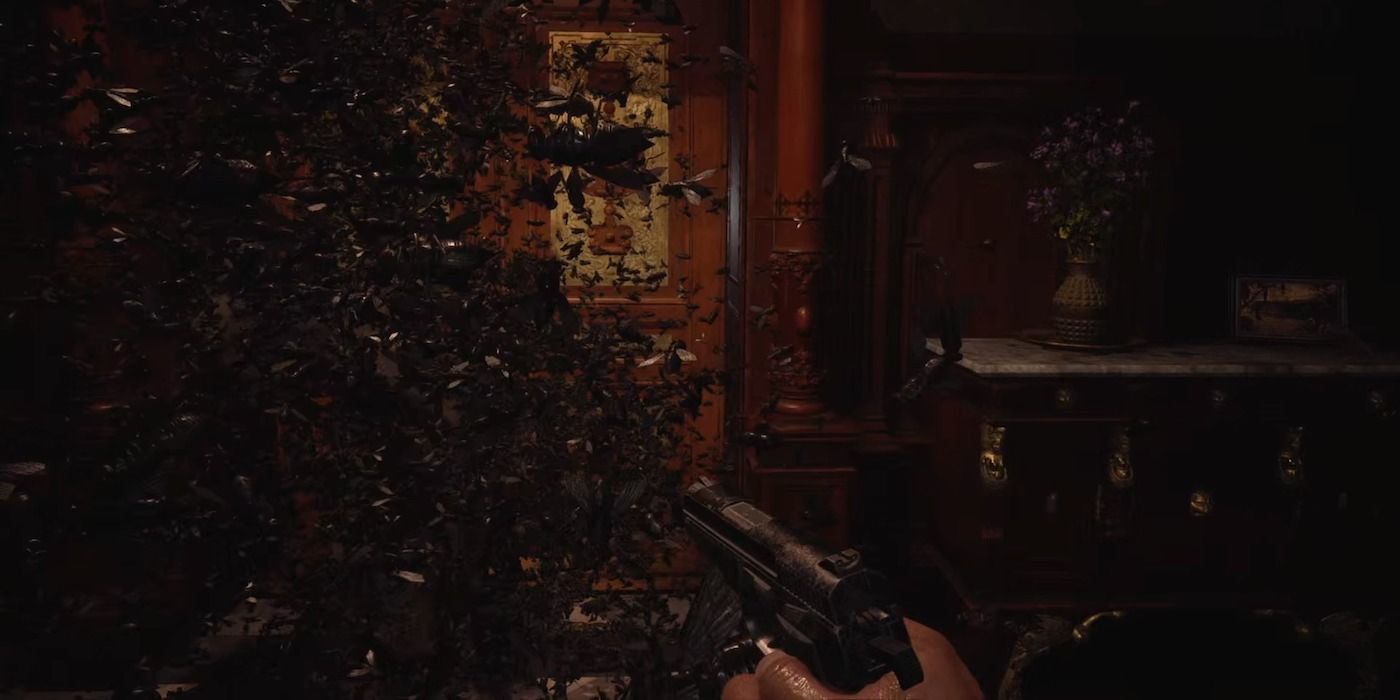 After finding the Courtyard Key on the second floor of the main hall and heading towards the door to the courtyard, another daughter will appear and attack.

She’ll spawn right in front of the door you need to enter, but if you just run right through the door and rush to the courtyard you can get past her without so much as a scratch. Remember, once you are outside she won’t follow you because of the daughters’ weakness to the cold.

Running Away From Lady Dimitrescu 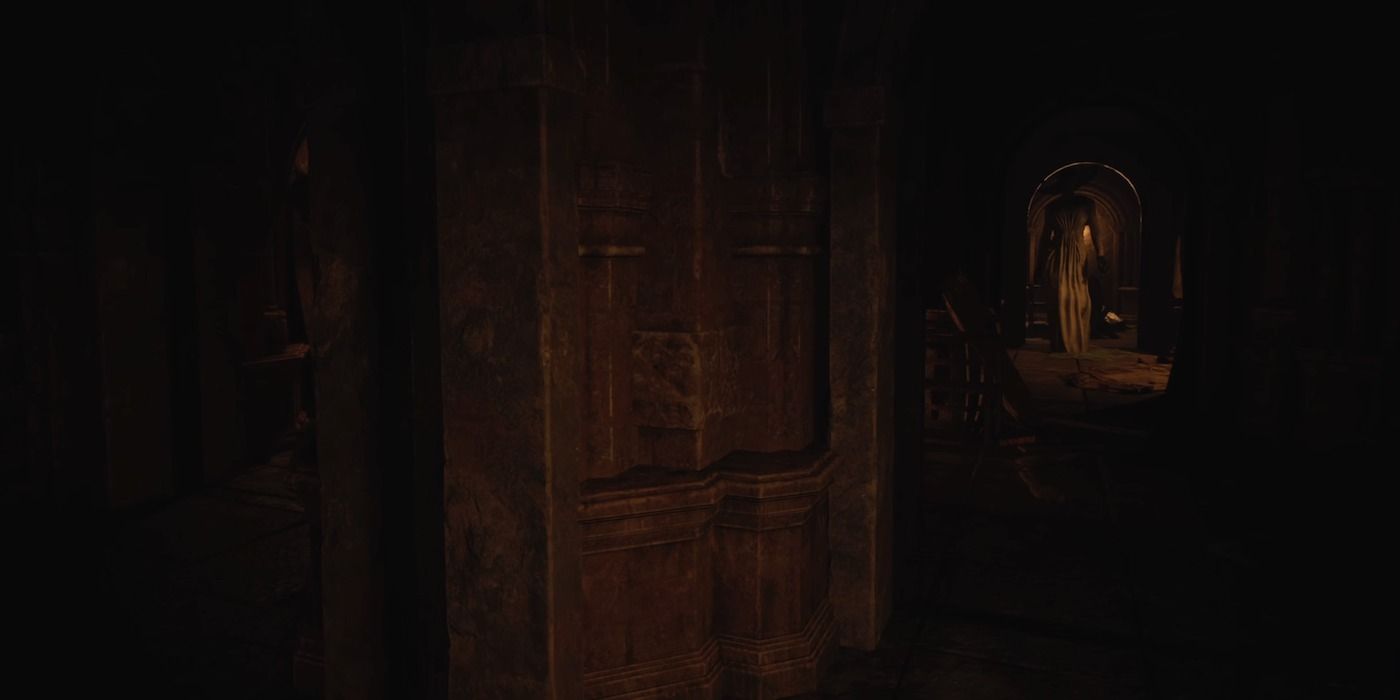 It is relatively easy to avoid Lady Dimitrescu as she stalks you through the castle. However, there is one segment where she directly confronts you and you have no choice but to run while she is never more than a few steps behind. After you pull the lever in the dungeon and she chops off Ethan’s hand, circle around to have her chase you.

Only then should you head back to the lever, grab your hand, and then open the gate. The gate opens slowly, so run around again until it opens up. After this, you are almost home free.

She might break through the wall before you reach the stairs, in which case backtrack and then head through the wall she just broke through. As long as she is behind you and you keep running, you should avoid damage. Trying to run past or under her is a big mistake. 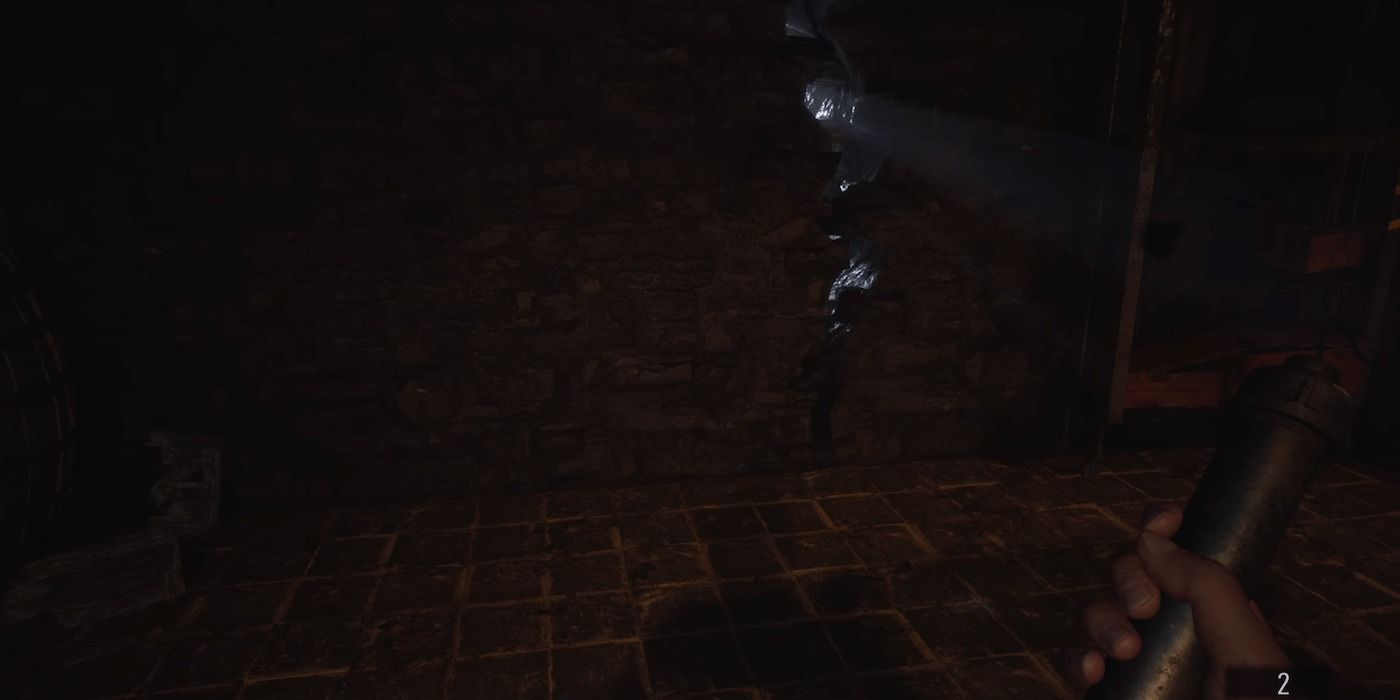 After a run-in with Lady Dimitrescu, you receive her key and now are able to open the door you ran past before when running away from one of the daughters in the main hall.

After removing the statue’s head, crawling through the passage, and sneaking up the stairs, the second daughter will appear. In the room up the stairs immediately run to the far right corner of the room and grab the pipe bombs.

Then head to the opposite side of the room and move the wooden shelf. Destroy the crack in the wall with a pipe bomb to let the cold air in and make the daughter vulnerable. 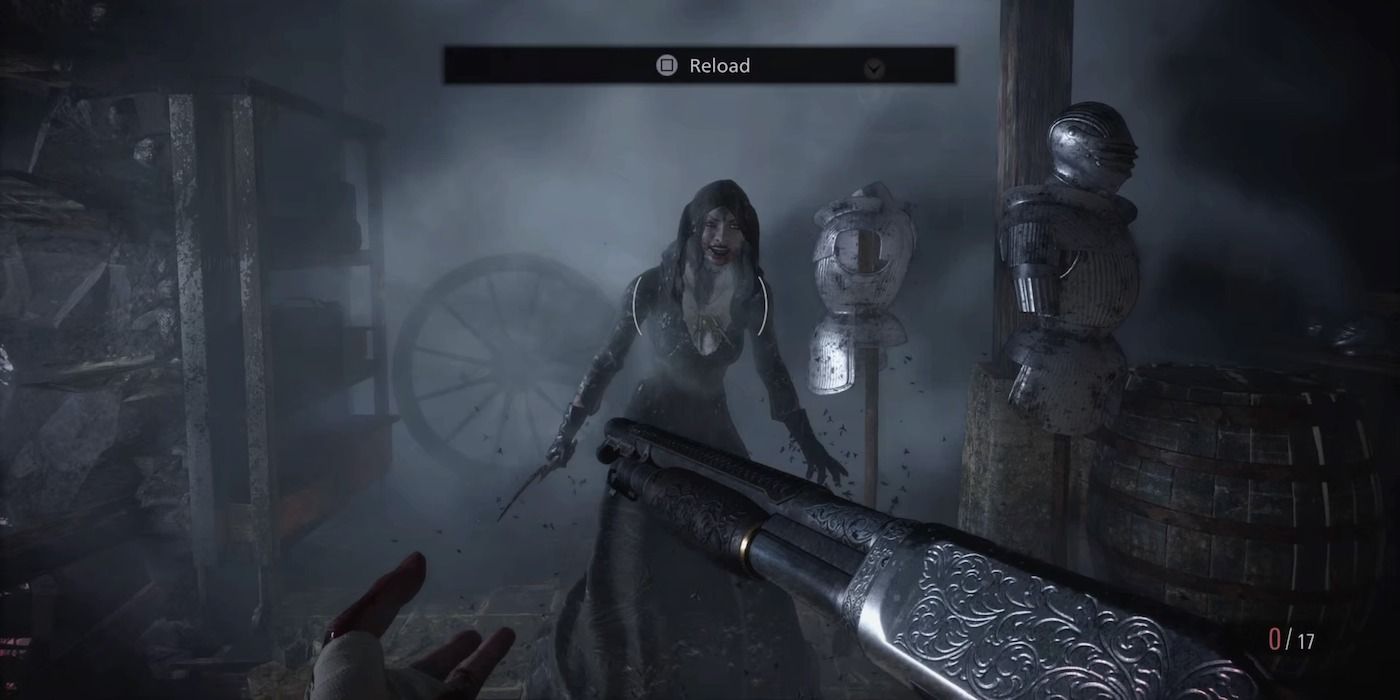 From here the actual battle with the daughter is actually easier than the first one. The room is bigger and has more obstacles in the way, so dodging her is significantly easier.

Feel free to use a pipe bomb or two against her, but the same strategy before will work just as well. If you happen to be low on ammunition, there are some crates in the room you can break for some more bullets. 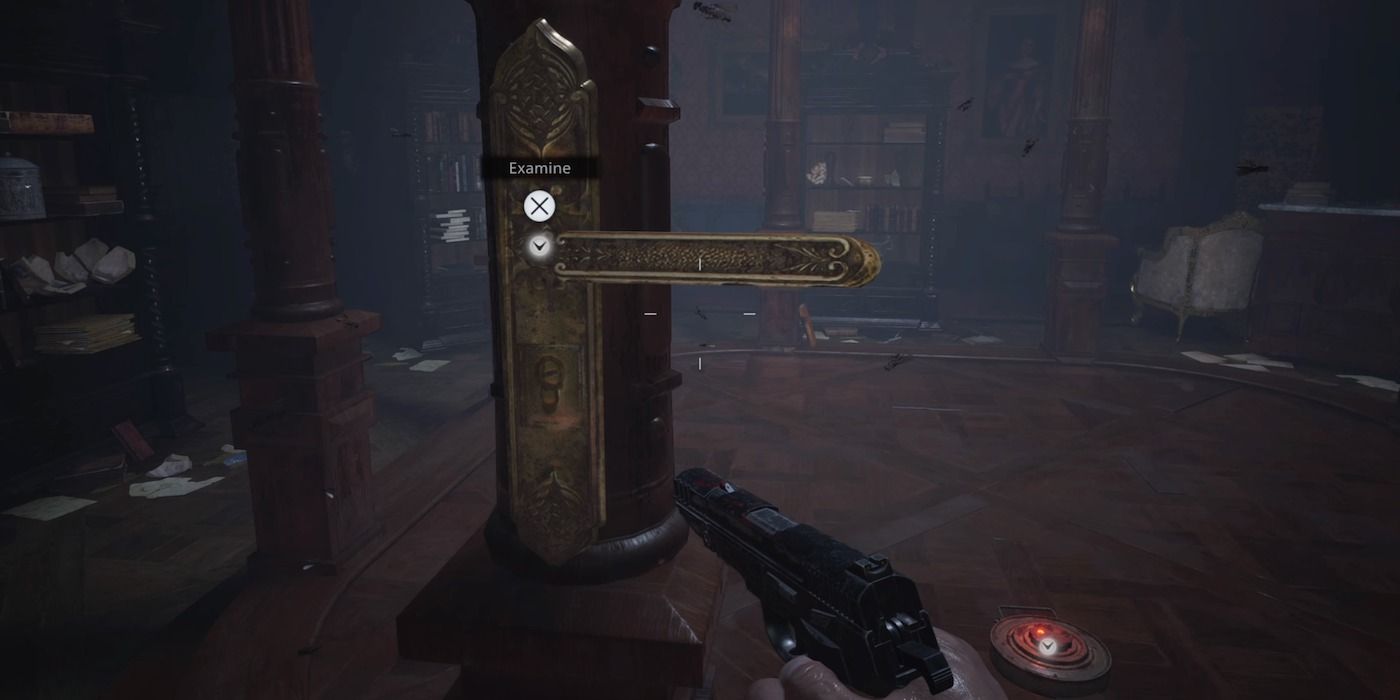 After finding the Iron Insignia key from the piano puzzle, you can now open the door to the Library for the fight with the final Dimitrescu daughter.

This one is only slightly trickier than the last two, but still relatively easy to figure out. 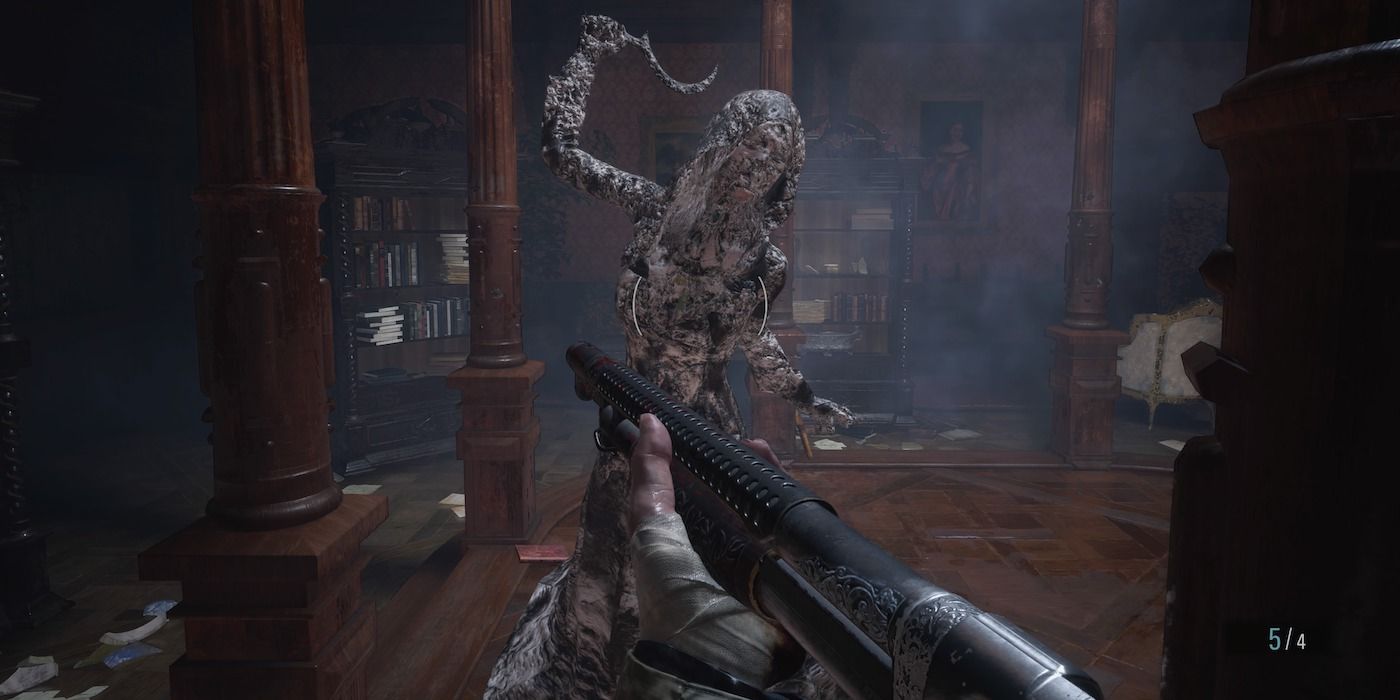 In the center of the room is a closed skylight. On one of the pillars is a lever. Pull it to open the skylight and let the cold air in.

While she is weak unload as much damage on her as possible. The skylight will eventually close but you can easily open it again.