You are here:
Home / Resident Evil 2: How To Complete No Way Out

Resident Evil 2: How To Complete No Way Out

What makes Resident Evil 2 such a strong remake goes beyond its respect for its source material. Resident Evil 2 (2019) isn’t entirely faithful to the PlayStation 1 original, but this isn’t necessarily a fault. If anything, Capcom allowed Resident Evil 2’s remake to carve out its own unique identity in the context of the franchise – much like Resident Evil (2002) before it.

Ghost Survivors is a side mode introduced in the remake to flesh out Resident Evil 2’s ancillary cast. Each mini game stars a different character who died during the canonical events of Resident Evil 2, offering them another chance at life. No Way Out pits Sheriff Daniel Cortini against a wave of 100 zombies in one of Resident Evil 2’s hardest gameplay modes. 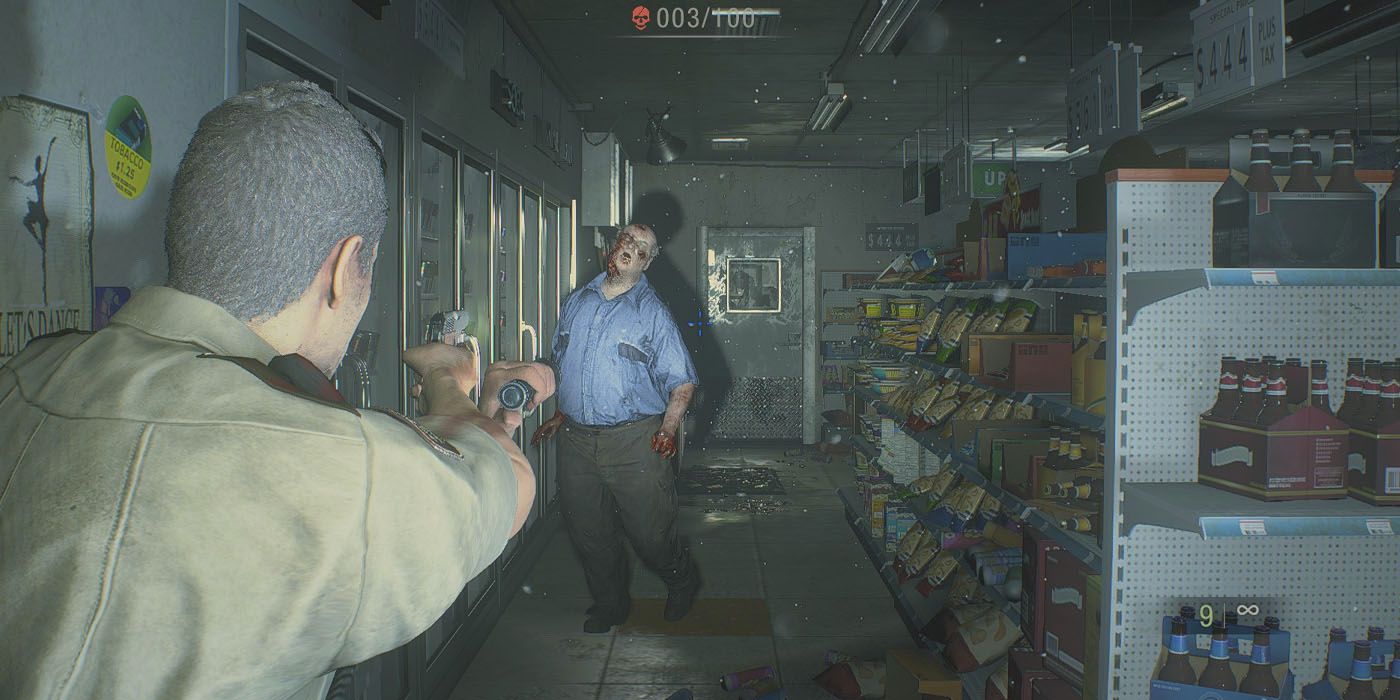 To accommodate players as much as possible during their fight against 100 zombies, No Way Out outfits Daniel with an infinite ammo Broom Hc Handgun. This is the same pistol Ada uses during Leon’s campaign and holds 9 rounds at any given time. The Broom Hc is fairly weak, but the fact Daniel doesn’t run out of ammo allows players to reliably fall back on their Handgun.

Kill Gasoline Zombies While They’re Outside 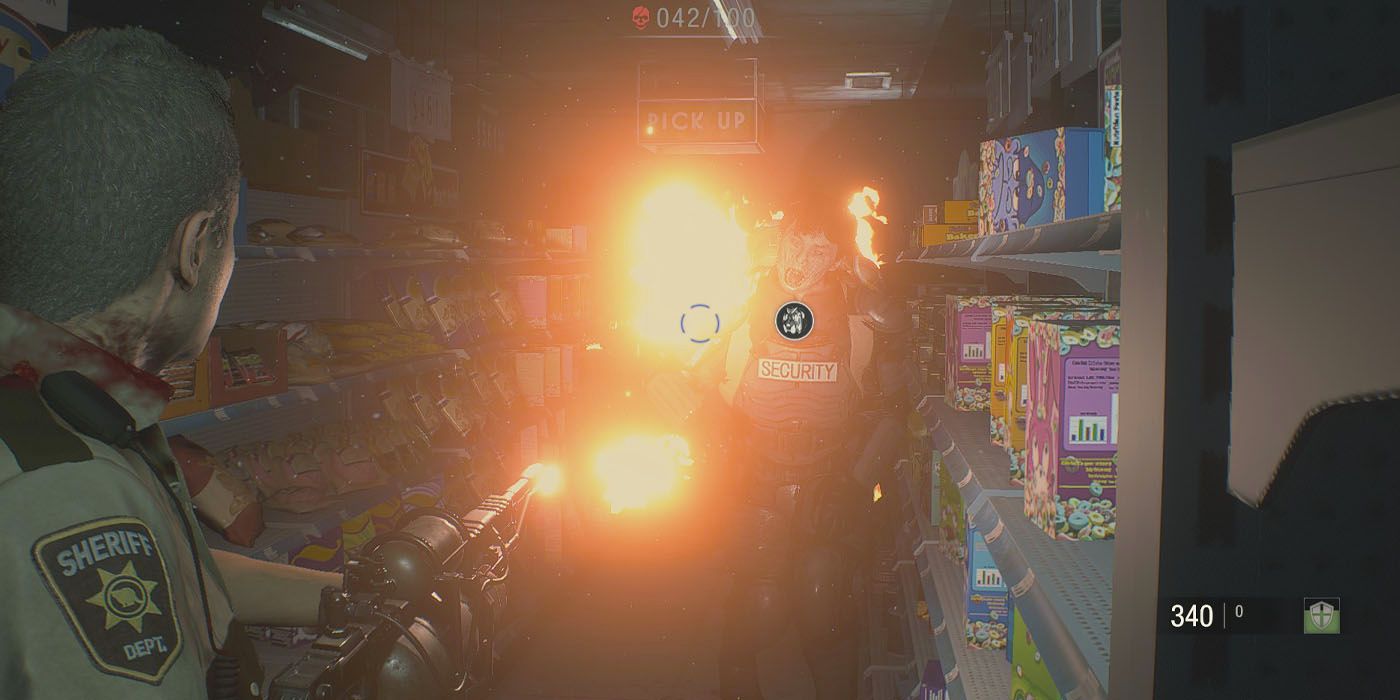 Some of the biggest threats in No Way Out are zombies who carry gas tanks on their bank. When shot, the tanks explode and damage everything in their vicinity – including Daniel. Too many Gasoline Zombies inside the gas station can spell certain doom for players, so it’s important to snipe them out fast.

A very useful trick is to take out Gasoline Zombies while they’re still outside. Any zombies that players see outside can be shot so long as the door is open. Take out a Gasoline Zombie while they’re coming in, and they’ll take out everything around them outside along with any other zombies in reach. It’s a great way to crowd control harder waves. 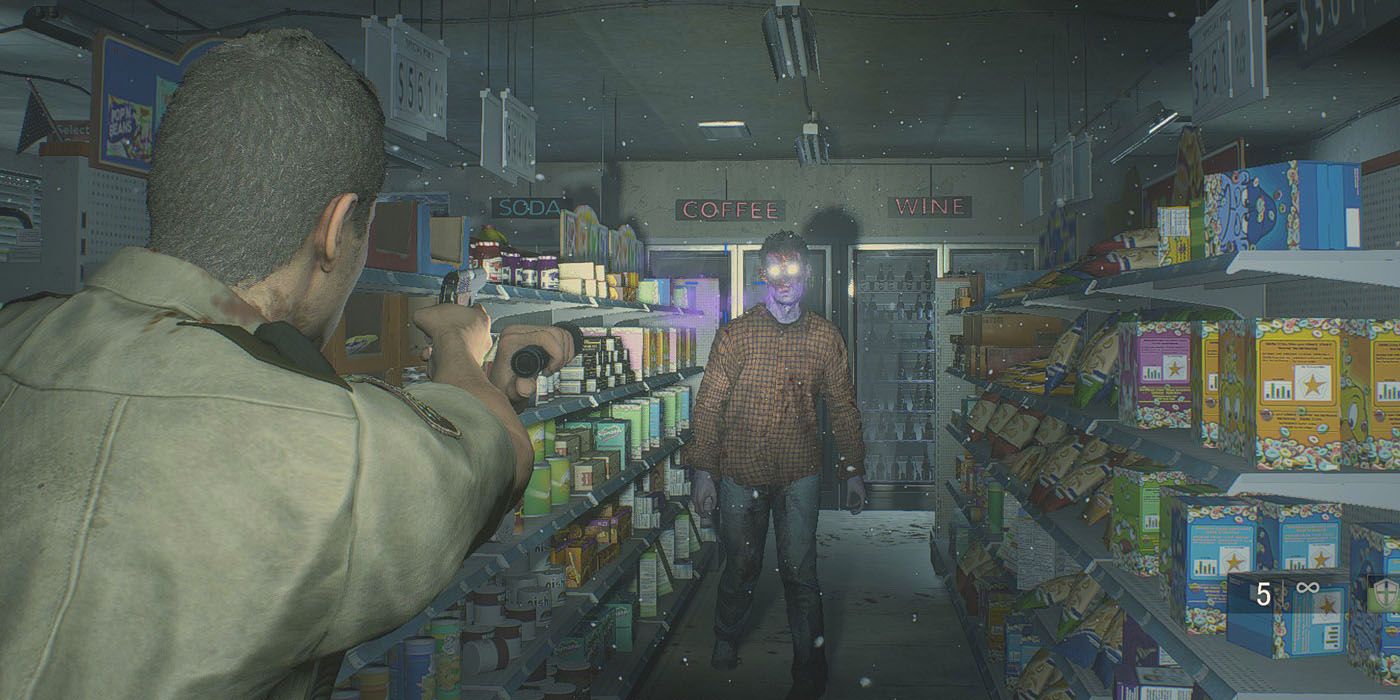 Ghost Survivors introduces a lot of unique zombie types that aren’t present in Resident Evil 2. Poisonous Zombies have a purple haze around their face that bursts into a cloud of poison upon death.

These Poisonous Zombies usually travel in packs, threatening to drain Daniel’s health at a steady rate. If you see one Poisonous Zombie, assume there are others just waiting to cough into Daniel’s mouth. Use the Broom Hc to headshot them from far away and never risk engaging at close range.

Save The Big Guns For Pale Heads 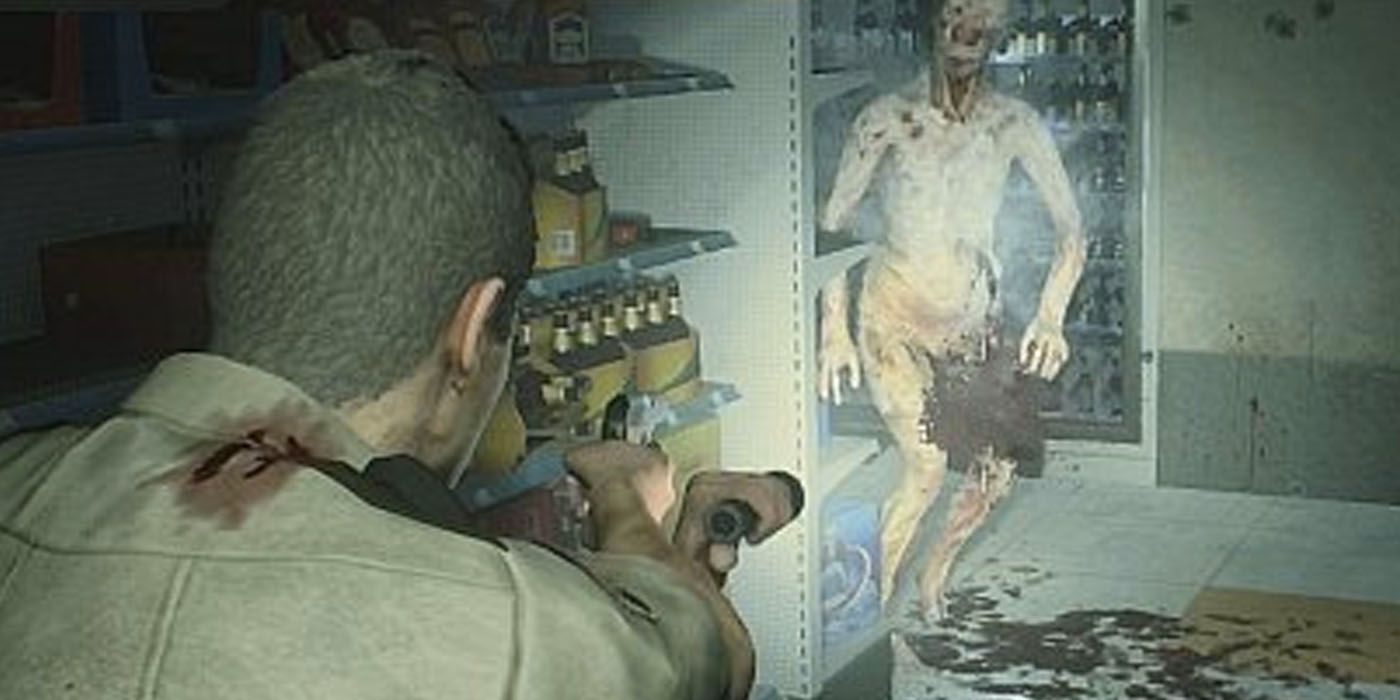 Evocative of the Refrigerators from Resident Evil 4, Pale Heads are arguably the scariest zombie type in Ghost Survivors. These zombies take an obscene amount of damage before going down and show up in abundance during later waves. Any players who exhaust their weaponry and are stuck with the Handgun by the time Pale Heads show up are in big trouble.

It’s important to rely on the Broom Hc for most zombie types, while saving better weapons for either Pale Heads or dense waves. It goes without saying that you can’t realistically save everything, but it’s possible to ration out the best weapons so Daniel has more than enough to work with come the Pale Heads. 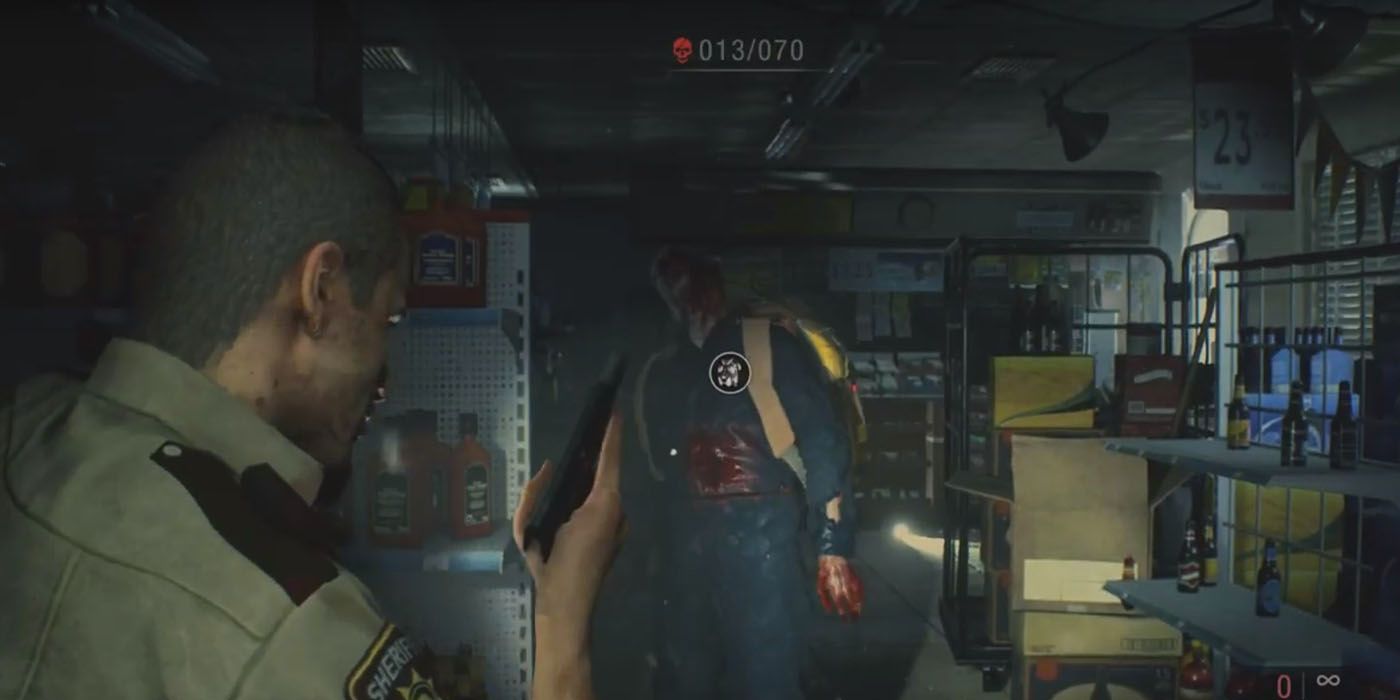 A very important detail about No Way Out that often goes ignored is the fact that waves and backpack drops are not random. The nature of the mini-game suggests that players will always be up against new waves of zombies upon death, but this isn’t the case. Oversevant players will be able to note which doors open when and where new zombies are introduced.

Remember changes by keeping track of your kill count, making it easy to plan out waves on subsequent playthroughs. Just as importantly, Backpack drops will always be the same. There’s always going to be a level of inventory management at play, but being able to plan when Daniel gets new weapons helps in devising a long term strategy towards completing No Way Out. Knowing Backpack drop specifics is also a tremendous help in rationing out healing items.

Shoot Rocket Launchers Into The Ceiling 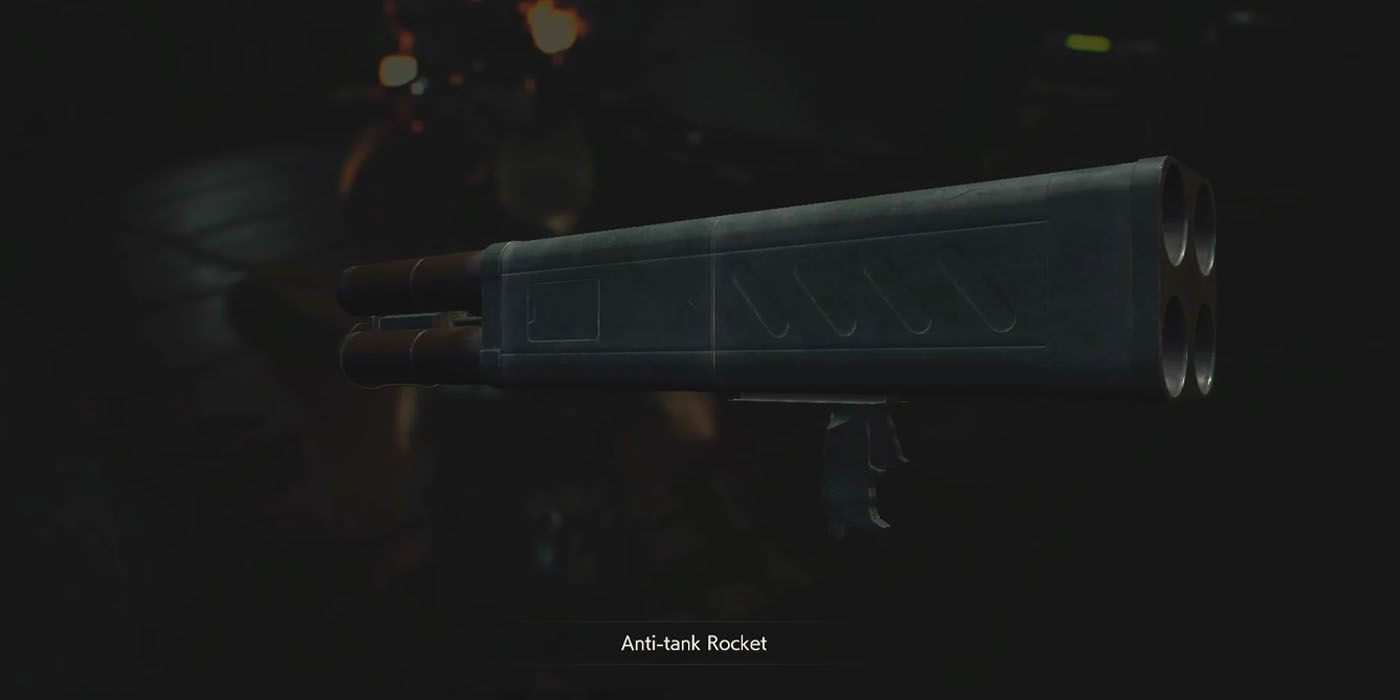 While the Rocket Launcher won’t connect with any actual enemies, the blast from the explosion will take out virtually every single zombie in the gas station. A well placed Rocket Launcher strike is one of the fastest way to clear out waves in No Way Out.

Next: How To Dodge In Resident Evil 3 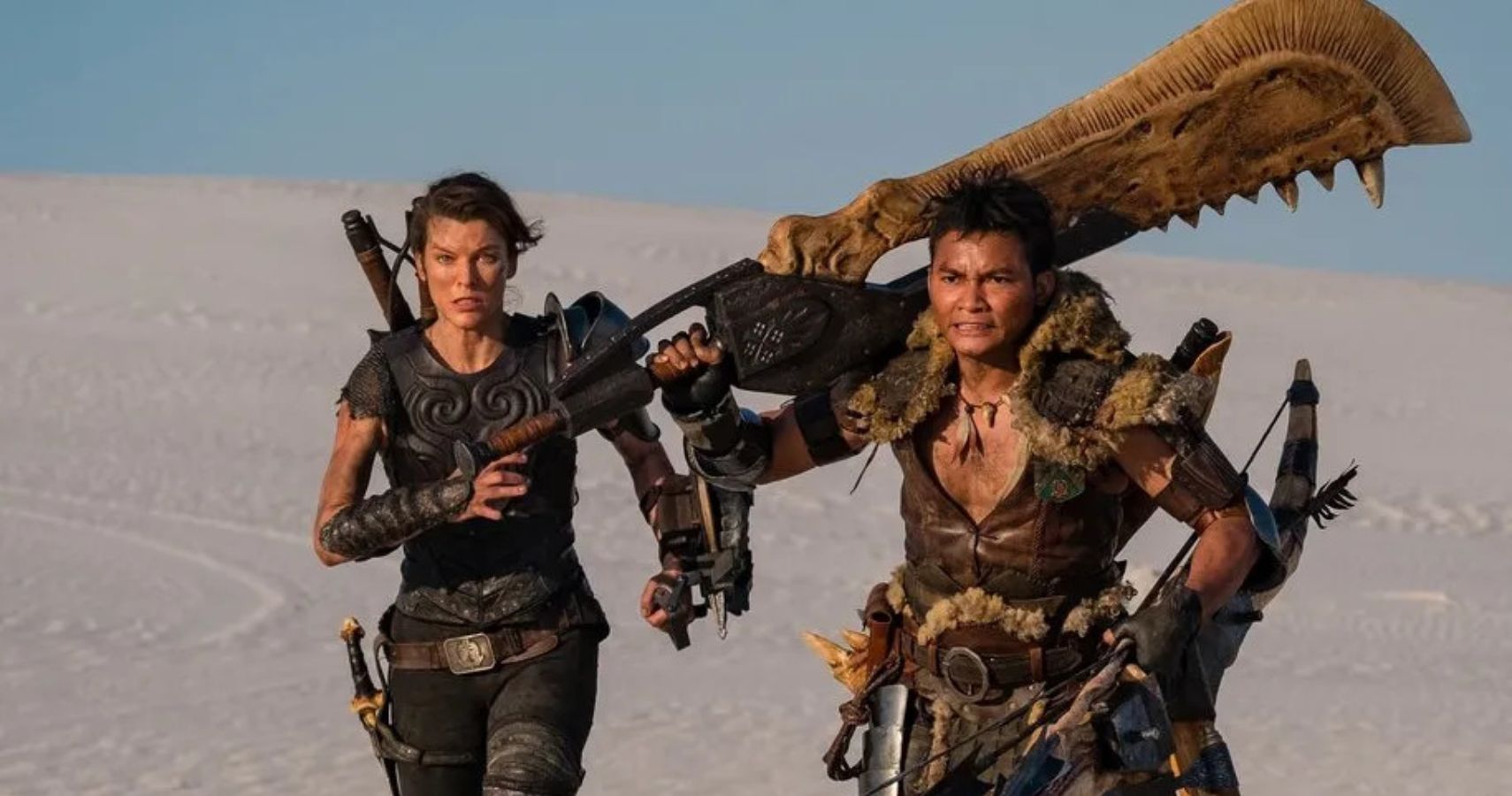