You are here:
Home / Remember HeroQuest? Classic board game is back and better than ever

Remember HeroQuest? Classic board game is back and better than ever 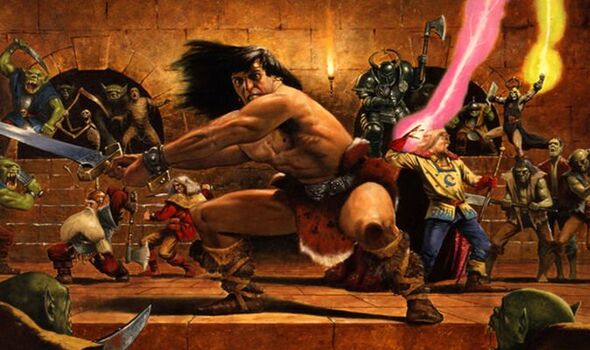 If you grew up in the 1980s, then chance are you remember a board game called HeroQuest. The fantasy board game made its debut in 1989, and would remain popular throughout the early 1990s. It also had one of the best television adverts for a board game, complete with ominous voice over, shirtless barbarians, and cheesy monsters (check it out below). I used to own the game as a kid, and have always regretted getting rid of it – the worst thing is, I can’t even remember what exactly I did with it.

The good news for me is that HeroQuest is back! Not only is HeroQuest back, but it returns with one or two improvements.

Chief among the improvements are the item pieces, which are now proper models, instead of flimsy pieces of cardboard.

Other than a few quality of life improvements, everything else is pretty much as you remember it, including the excellent box art.

This dynamic of competitive and co-operative action is what makes HeroQuest such a compelling game.

“In the HeroQuest dungeon crawl board game, heroes work together to complete epic quests, find treasures and defeat the forces of evil,” reads the official description.

“This semi-cooperative board game has one player taking on the role of Zargon, the Game Master, while 4 mythical heroes – Barbarian, Dwarf, Elf, and Wizard – team up in their quest for adventure in a maze of monsters and eerie dark dungeons.

“Players can immerse themselves in the fantasy with the stunning artwork, and 65+ detailed miniatures.

“The game comes with 14 quests, and has limitless replayability because players can also build their own quests and create their own stories. Gather friends together for an exciting night of tabletop gameplay in an epic battle of good and evil.”

As you can see from the video above, the player in charge of Zargon sets up the board, revealing new rooms as the heroes pass through doors.

When entering rooms, hero characters may meet enemies, which is when the combat system kicks in.

Combat involves rolling dice for both the attacker and defender, and working out damage based on character stats and the number of symbols on the dice.

The game also features a host of traps, spells and treasures, the latter of which can be used to upgrade your characters between quests.

With a running time of roughly 2-hours, it’s a great game to play when you’re spending the evening at home.

The only drawback is that the new and improved HeroQuest is quite a bit more expensive than you may remember, costing roughly £100 depending on where you visit.

You can pick up a copy from the Hasbro Pulse website for £99.99.