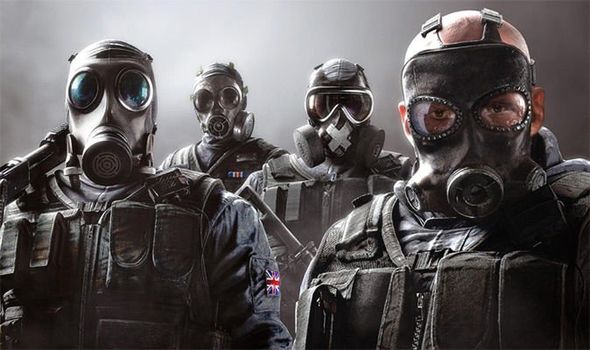 Ubisoft are unveiling its plans for its next season of Rainbow Six Siege, named Operation High Calibre.

We already know key details about the new update, including the operator that will be headlining the upcoming expansion.

Thorn is set to shake things up by coming equipped with new sticky bombs that unleash a hail of shrapnel when an attacker draws near.

The Razorbloom Shells are technically grenades, meaning they provide a longer distance for application over claymores.

There will also be a new weapon to wield, although details surrounding the SMG are still very thin on the ground.

But we still don’t know the Thorn release date and when R6 fans can expect to download the new Season of Rainbow Six Siege content.

This should all be revealed later today as part of the Six Sweden Major, which begins today and runs until November 14.

Here’s what we know so far about the November 8 Rainbow Six Siege High Calibre reveal:

According to Ubisoft, the Rainbow Six Siege High Calibre reveal time has been scheduled for 6pm GMT, or 1pm EDT if you live in the United States.

Thorn is expected to take centre stage as part of the reveal, with Ubisoft also teasing more regarding the new weapon coming to the game.

Other plans for map reworks and operator changes are also expected to be revealed during the short event.

Here’s one of the first descriptions released regarding Thorn, with more expected to be shared later today:

“She’s a dedicated woman, stubborn, doesn’t take anyone’s rubbish. She’s a good choice for a recruit – you’d have trouble finding another soldier as strong or as smart. Her infamous obstacle course represents her perfectly in that sense, and you said it yourself – that thing’s as hard as it gets.

“We have a solid team, but Brianna’s bound to round it out perfectly. You never have to worry about her being on top of her game, and if we’re lucky, she’ll kick a few of us in the backside for motivation. When she’s not so guarded, she’s forthcoming with her time and she’ll help anyone who she feels needs it.

“On that subject – she treats people about as well as they treat her. She’s got a smile and a hug for her pals, and nothing but aches and pains for anyone who messes with her or what she stands for. Her four brothers always gave her a rough time, so don’t be surprised at how common the word “bully” is in her vocabulary.

“I’ll spare you the stories, she can tell you those herself if she wants to. She’s already told Mira, judging from that insane contraption she designed for her. Territorial is one way to put it – walking into its warning zone is like a cactus kindly telling you that you’re about to step on it barefoot. It’s no less terrifying, but at least you get to adjust. It’s sharp, bright, and beautifully crafted.

“With the Six Invitational coming up, I’m sure Brianna will fit right in and maybe even push our team to victory. The others will have to double their efforts just to keep up with us, and I certainly won’t complain about that. I’ll see you both in training.”