You are here:
Home / Rainbow Six Extraction: How To Play Solo

Rainbow Six Extraction is primarily a cooperative game where you and two other players band together to blast away the former humans who are now infected by the Archaean parasite. In a title like this, it makes a lot of sense to stick with a team to tactically clear out rooms and complete objectives. However, sometimes you just can't find a good crew of Operators to play with. Thankfully, in that situation, you can choose to tackle Extraction's missions all by yourself.

So, how do you become a one-man or woman army? And more importantly, how do you survive out there on your own? This guide will show you how to play Rainbow Six Extraction solo, so you don't have to worry about carrying random players who run off and get themselves knocked out.

How To Play Solo 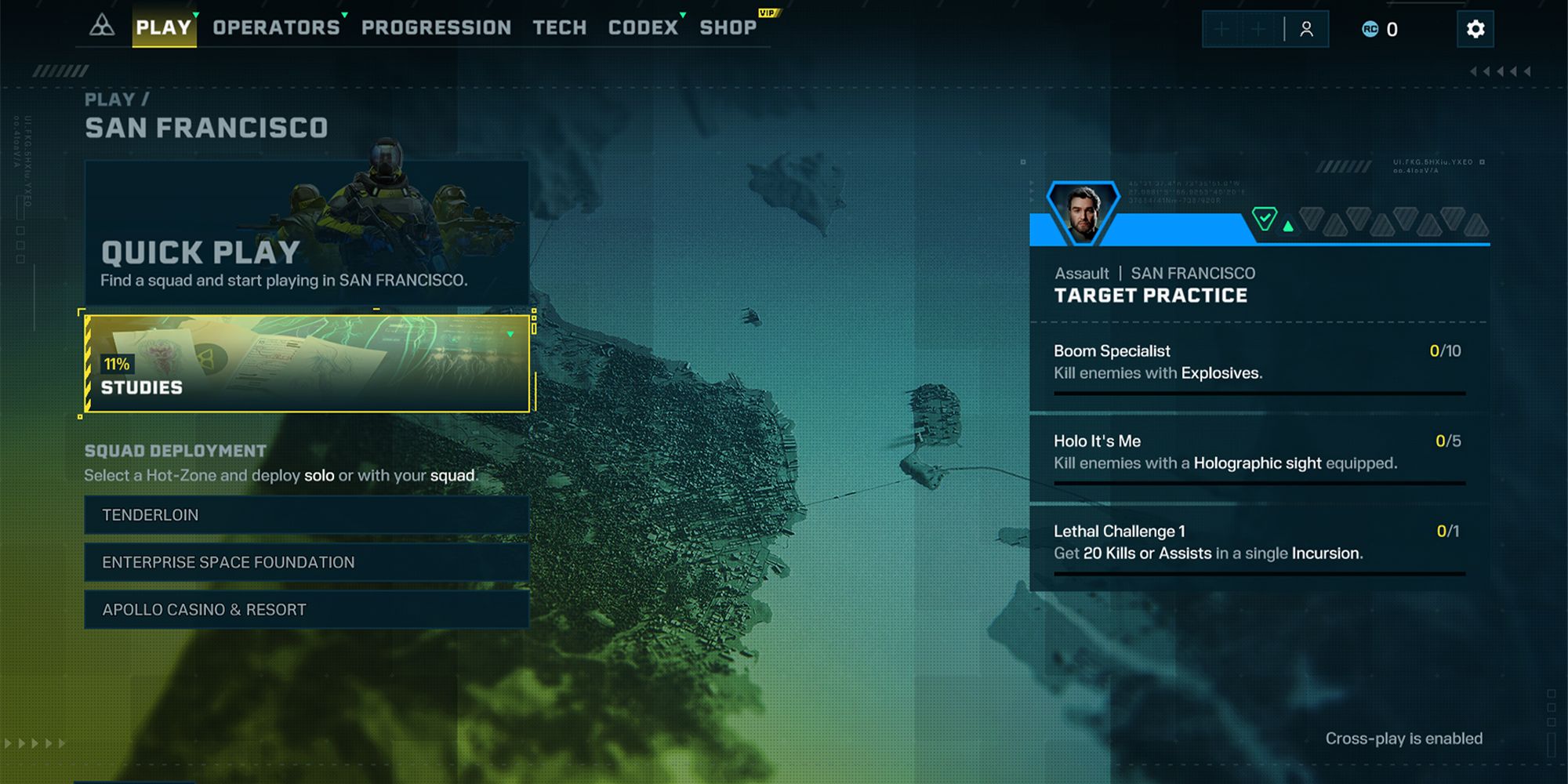 Starting up a solo mission isn't too difficult. To play this game by yourself, don't click on the Quick Play option as that will always load you into a game with other players. Instead, head over to the Play tab and choose whichever one of the levels you want to deploy on. At the bottom, you'll see the three different maps in that location. Select where you want to go and launch the mission.

If it's your first time playing alone, you should get a cutscene between Rainbow Six Siege veterans Ash and Thermite who will argue over whether Operators should go on solo incursions. Eventually, Ash will acquiesce, and you'll be able to choose your character and loadout as you normally would. 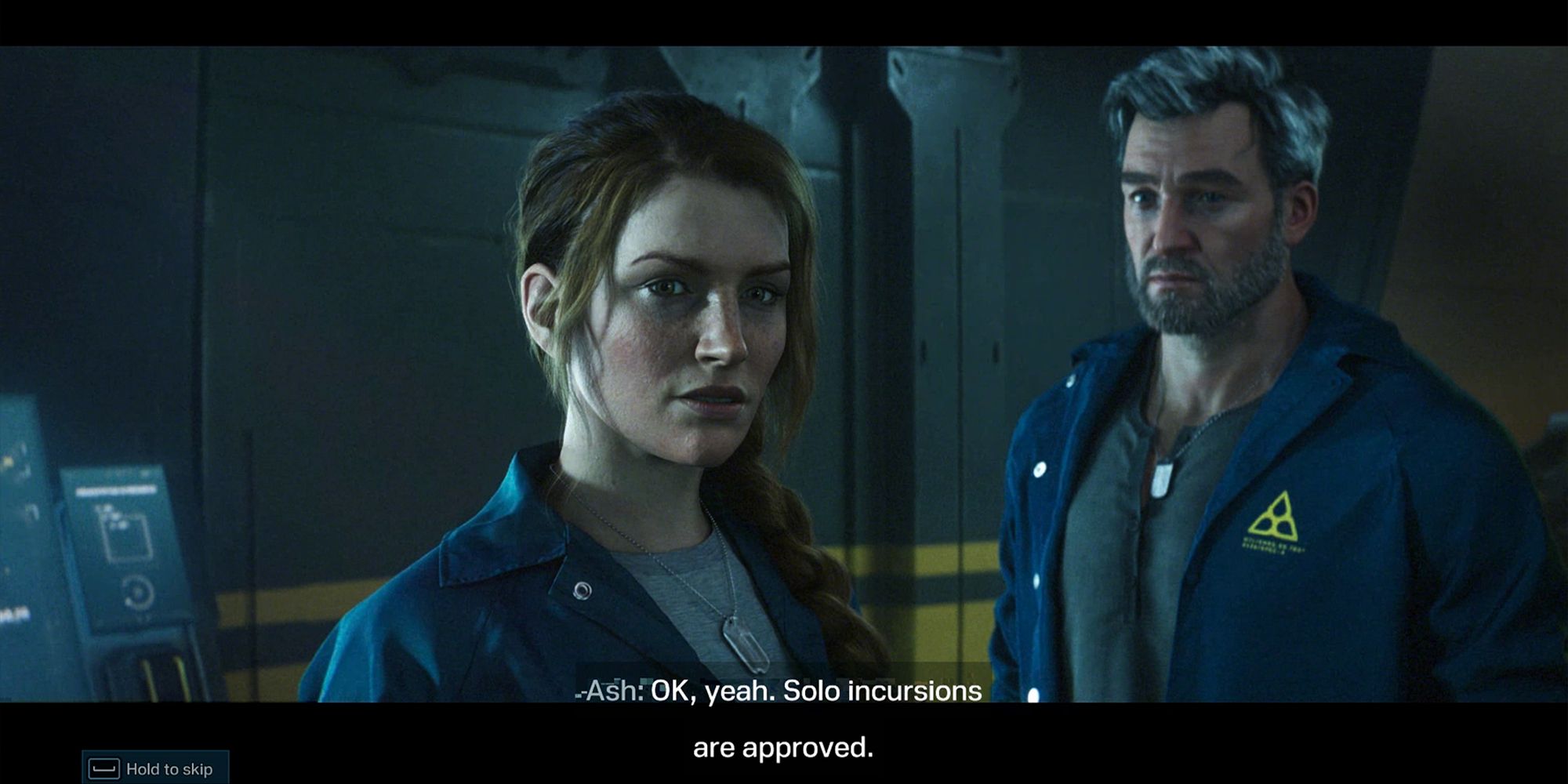 Getting into a solo game is easy, but surviving is a whole other issue. This game can be challenging even when you're with a full team as you can have a hoard of Archies coming at you from all angles at any given time. That's why if you're playing alone, it's a good idea to move stealthily and make as little noise as possible. The last thing you want is get into a situation where the infected are swarming you, and you get blown up by a Bloater who snuck up on you from behind. You should equip a silencer on your primary and secondary weapons, so you can quietly take out enemies. Try to avoid running and crouch-walk through the maps as much as you can. Approach enemies from behind and use stealth takedowns. Some objectives will require you to make a lot of noise, but try to use stealth whenever possible.

When you play Extraction as a single-player affair, you have no one else to rely on. That means if you go down from taking too much damage, then the Operator you're using is guaranteed to go MIA. That is, unless you take the Revive Kit as part of your loadout. The Revive Kit is available to unlock early on in the game when you hit Milestone 1 and can access the first Tech Tier. It should be the first thing you spend a REACT Token on if you're planning on playing solo. This gadget will allow you revive yourself once, so it's basically an extra life. This should be an essential part of your kit in single-player incursions.

Another idea is to take a Recon Drone, so you can scout ahead and see what you're up against. Being prepared is your best chance at extracting successfully, so knowing where enemies are and what it is you're facing can be a lifesaver. Alternatively, you can equip the Scan Mine or Scan Grenade, as you can use those items to see if anything is lurking around the corner. That way you can still do a bit of recon and still be able to have a Revive Kit on hand.

It's unlikely that you'll be able to kill every Archaean in an area, so sometimes running away is a better option than backing up into a corner and having a last stand against an endless army. For your explosive, it may smart to take something that obscures an Archie's vision, like a Smoke or Stun Grenade. This can allow you to distract an aggressive Archie so you can take them down silently or make a hasty getaway.

As for what Operators you should use for solo incursions, it's best to choose characters that have abilities that can be useful for you alone as opposed to a whole team. Most of the Operators can be viable without a team, but here are some of the best characters to take into single-player:

Being stealthy is a good way to survive solo incursions. Vigil's ERC ability allows him to disrupt enemy senses and become undetectable. This should let you sneak by enemies easier and can even be used to get away if a swarm is incoming.

Despite how careful you are, you're probably going to suffer some damage at some point during a mission. So using Doc makes sense as his Health Pistol can inject you with some temporary health. Plus, he has the ability to self-revive, which frees up your gadget slot for something other a Revive Kit. This may give you the boost you need to make it the Extraction Point in one piece. Or mostly one piece.

Being stocked up on supplies is important. IQ's ability lets her see REACT equipment, which pretty much means that she can scan for ammo and grenade crates as well as medkits. Being able to find extra bullets and health boosts can make all the difference during a tough incursion.

Since you'll be all alone out there, you don't have any teammates for enemies to be distracted by. Alibi can not only deploy decoys that will take the attention away from you, but will also scan the Archies attacking it so you know what you're dealing with.

Lion's EE-ONE-D drone may be one of the best abilities in the whole game. It allows him to scan his surroundings for enemies, which means you can see the heat signatures of Archies through the walls. Being able to tell what's coming in the rooms ahead can be a big help in preparing for a fight.