You are here:
Home / Rainbow Six Extraction: How To Heal Inactive Operators

It's hard to imagine any job being more stressful than being an Operator in the Rainbow Six crew. On a normal day, their work is incredibly dangerous as they have to attempt to rescue hostages and defuse bombs while also trying to deal with a hail of bullets and explosions coming at them from enemy terrorists. But somehow, Rainbow Six Extraction has found a way to make their lives even worse as they now have to face a near-endless swarm of parasite-infected zombies coming at them from all angles.

Considering what these gun-toting men and women have to put up with to get their paychecks, it's not surprising when they suffer some serious injuries from a particularly grueling mission. These soldiers may be tough as nails, but even they can't shake off some of the hits that the Archies throw at them.

While playing Extraction, you may have noticed that some of your Operators may be listed as inactive after coming back from a tough incursion. That's because this game has a different way of handling your roster's health. This guide will explain how to keep your crew healthy and how to get them back into fighting shape.

How Your Operator's Health Works 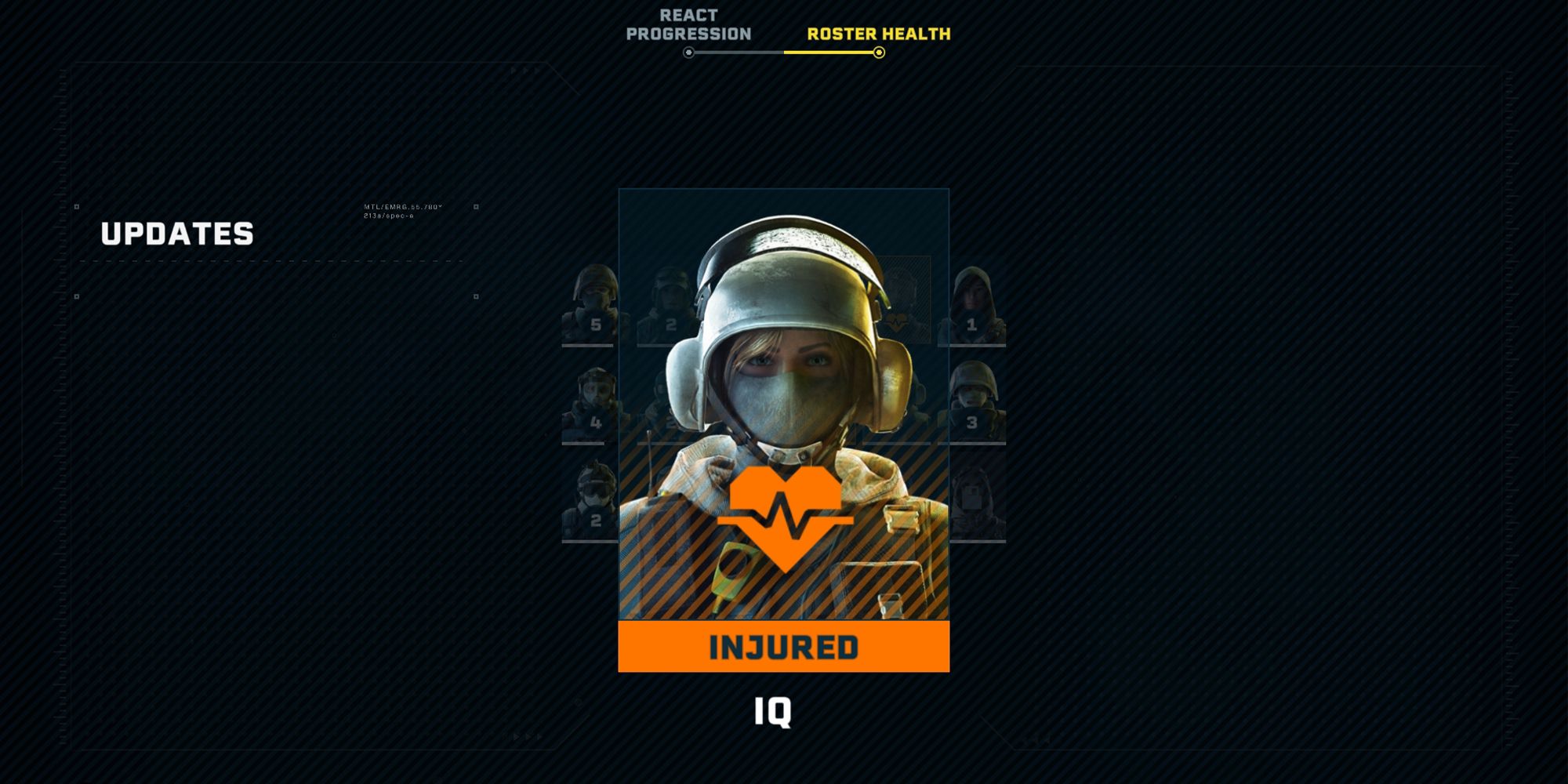 Each Operator starts an incursion with 100 HP, and it shouldn't come as a shock to learn that that number goes down when you take damage. However, once you lose health, it can't be recovered while you're out in the field. All you can do is temporarily boost your health with medkits to give you a bit of cushioning for whenever you get whacked or shot by an Archie. Even abilities such as Doc's Health Pistol or Finka's Adrenal Surge only give you some short-term hit points to keep you going.

Whatever amount of HP you have when you extract from the mission is the amount that Operator will have when they come home. So if Lion makes it back with 50% of their health bar left, that's what they'll have if you choose to take them into another mission without letting them heal.

An Operator will become inactive if they sustain far too much damage during a mission. When this happens, you won't be able to choose them for a while their injuries are being treated. You'll be able to tell which Operators are inactive by the big orange symbol that will appear on their portrait. This is why you want to avoid taking damage as much as possible because too many blows can sideline your favorite character.

It's also important to note that Operators only have one life. If they lose all their health, they'll go into the Down But Not Out state. From there, they'll need to be revived by a teammate or by using a Revive Kit on themselves. Once they're back on their feet, they'll still be listed as inactive after the mission even if they successfully extract. But hey, at least they'll be alive.

If an Operator goes down a second time, they'll be knocked out and become encased in stasis foam to protect their body from infection. A teammate will then have to carry that foam-covered body to the Extraction Point and place them in the Extraction Pod in order for the knocked-out Operator to escape and not become MIA. Needless to say, they will definitely be listed as inactive if that happens.

How To Heal An Inactive Operator 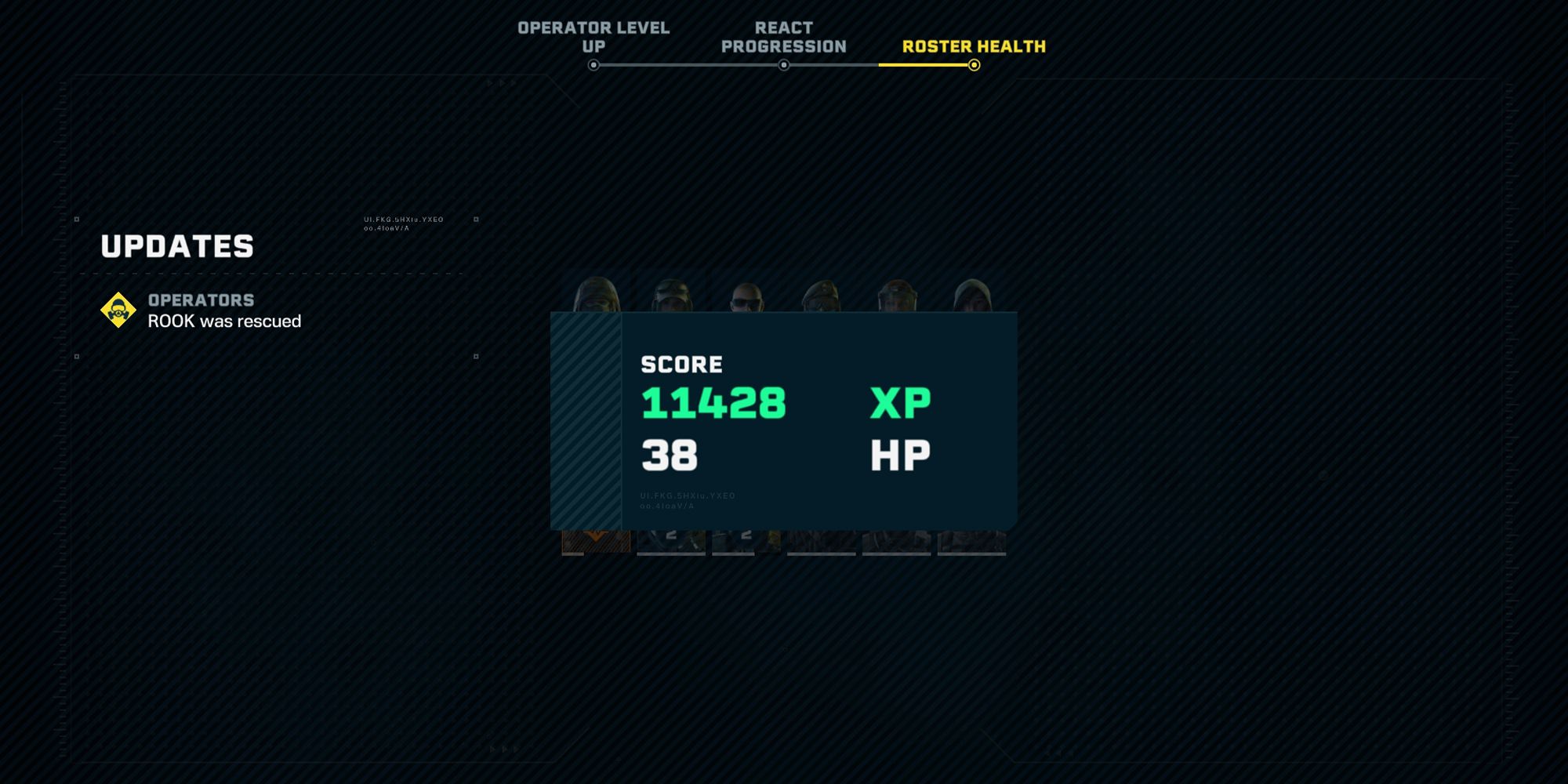 While this system may seem complicated, recovering the health of your Operators is actually a fairly easy process. Once you return, you'll see the current status of your Operators. If someone is low on health, don't select them for your next incursion. And if they're inactive, well, you can't take them anyway, so just let them rest. Choose another character and run another mission like you usually would. This is why it's a good idea to get used to a bunch of the Operators. That way you're not stuck if your main Operator is unable to go to work.

Your goal at this point should be the same as always: complete as many mission objectives as possible. You want to earn as much XP as you can because that's how your Operators get their health back. The more XP you earn from a mission, the more HP injured Operators recover. Completing all three objectives and extracting successfully can have your hurt Operators back to full health within a couple of missions. If you can only complete one or two objectives, then characters will still get health back, just not as much.

Rainbow Six Extraction may be another wacky zombie shooter, but there is a tactical edge to it like Rainbow Six Siege. Getting your Operators injured has consequences. That's why it pays to play smart and work with your team to avoid taking damage. Otherwise, poor Tachanka will have to sit on the bench for a few rounds, and nobody wants that.