You are here:
Home / Railgrade: How To Beat The Timer And Get S Grade On Every Level

Railgrade: How To Beat The Timer And Get S Grade On Every Level

We’ve all played plenty of train sims before. Jump into the sandbox and build the world of tracks and locomotives you want, creating a picturesque network. Railgrade has a refreshing take on the genre though. Here, you have a series of timed challenges set up as levels. You don’t have to pass them with a quick time to progress. But there’s a lot of satisfaction on offer if you do.

And the timer really is key. While there is a lot going on in every level, you’ll only be judged on how quickly you can complete the scenario. For that reason, the following Railgrade guide purely concentrates on the best ways to do things quickly and efficiently, helping you grab those precious S Grades needed for full game completion. 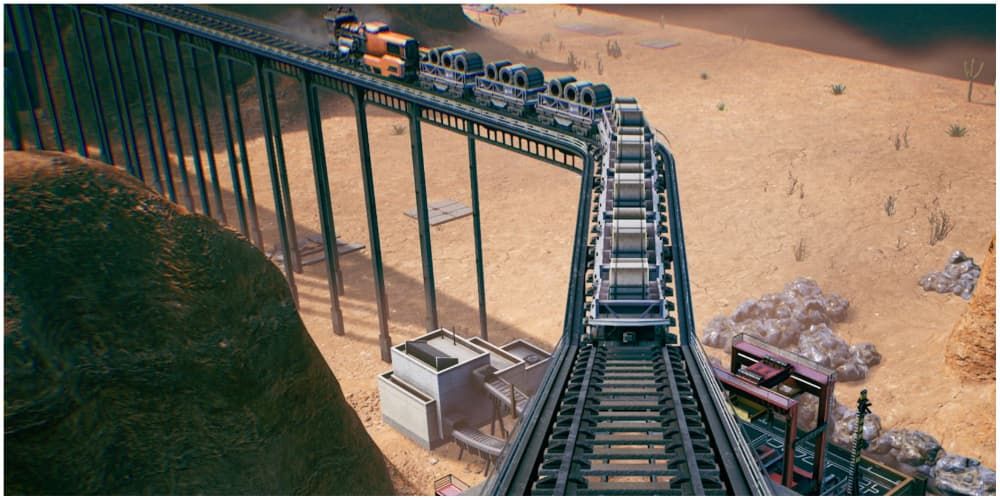 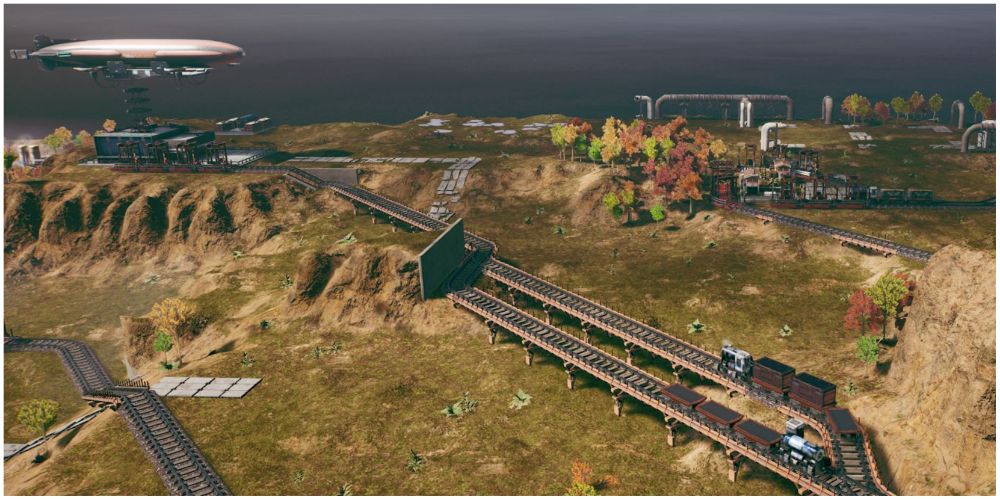 On financially generous levels, get your money in immediately, then remove it as you need it. It will accrue interest, rather than just sitting in the pot. It may seem like this will slow you down, but income can be a very slow trickle and a nice injection of interest can really speed things up — in terms of getting the money to apply valuable efficiency upgrades to your buildings.

And interest pays out fast. You’ll get an interest click every 30 seconds, so if you’ve planned secondary infrastructure that won’t pay off immediately, plan it, but put the money in the bank. If you’ve planned it well, it should only take you a few minutes to set it up later. By which time you’ll have accrued a nice amount of interest. The interest rate you see noted by the bank is every minute, so you should receive half that every 30 seconds.

On the flip side, some levels give you a limited budget but can start to pay off handsomely quickly. For example, if you’re exporting goods. In these situations, it may instead be prudent to immediately go overdrawn in the knowledge that the early overspend will quickly turn into big profits, which you can immediately use to pay off those debts and get yourself back into credit if required. Remember, you are only being judged by the final time in which you can complete the task. You won’t be getting bonus points for being the bank’s best friend or penalized for finishing the level knee-deep in debt.

While Railgrade is an incredibly clever piece of programming, it does have a few shortcuts you can take advantage of. Financially, one important one is city growth. Raising the population of a city is hugely beneficial, as it will provide both workers for your factories and a regular income. However, once you hit a population cap where your worker and income are maxed, it will not drop again. This means that you can essentially cut the city off at this point, and no one will complain. Leaving you free to reroute catalysts and goods to other locations that may require them with no penalty.

You may not even need to hit a population cap. If you have enough workers to keep your refineries and factories going, and the level requirements don’t ask for a city of a certain size, there’s no real reason to continue expanding a city beyond the potential for cash profit. That water you’ve been using to increase the population may well be better served elsewhere. 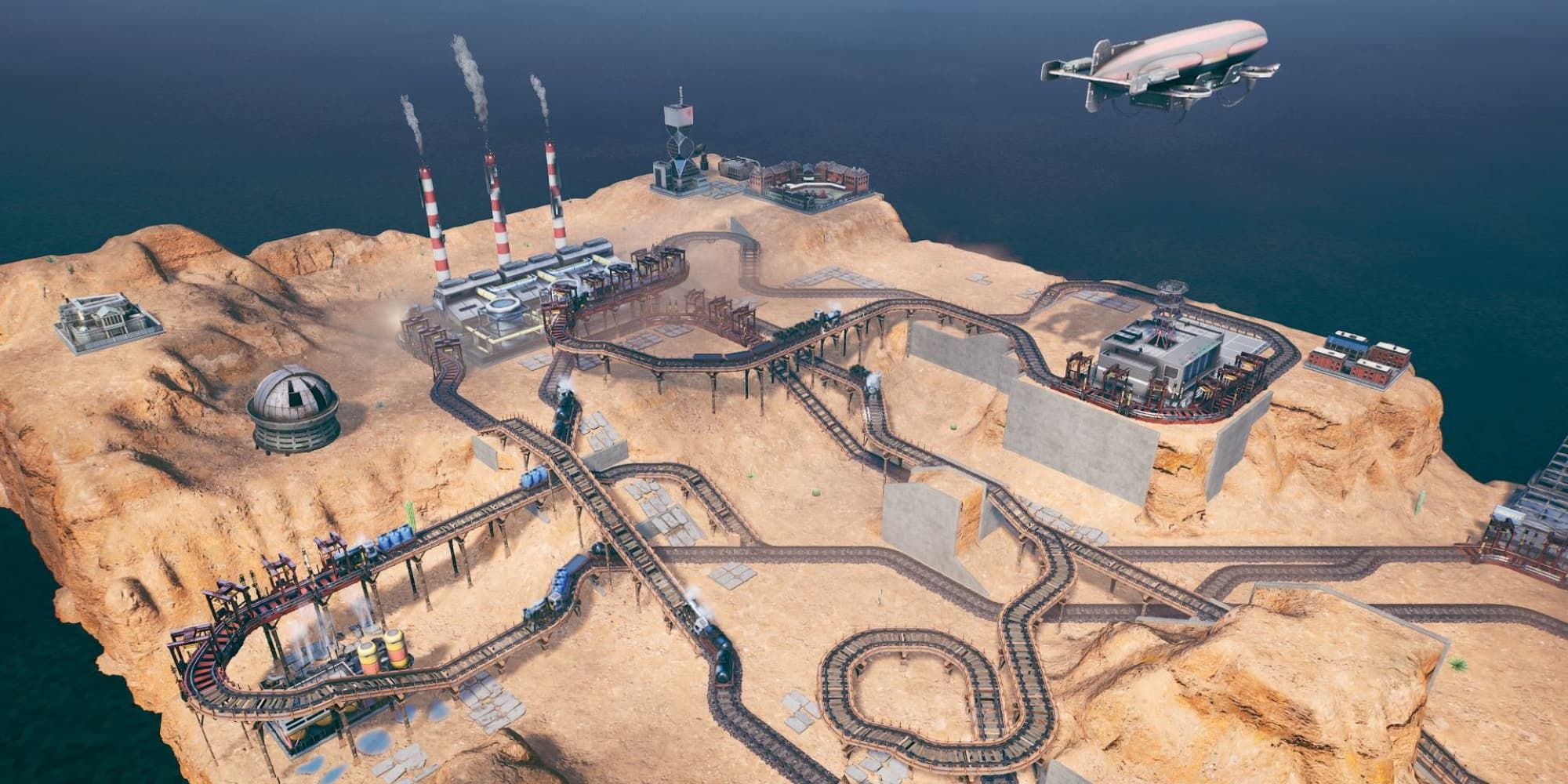 While not mentioned in the tutorials, Geothermal Power Plants can be a nice way to generate energy when other resources are scarce. However, they won’t generate financial profit. So where possible, try to rely on energy from Power Plants, which will also generate income.

And we should probably mention Waste here, too. Waste can often be gotten rid of via incinerators. But if this isn’t an option, there is a cheaty way to get rid of it. Create a cheap train, fill it with waste, and then delete the train. If only it were that simple in real life.

Overall, don’t try and do too much too soon when playing Railgrade. Use the pre-game window to plan for later while building a small, efficient, and cheap network that will get you immediately moving toward your first goal. While also making a profit, putting you in the best possible financial position to take the next step forward.

Get each step of your network up and running, then one-by-one upgrade their efficiency via catalysts, upgrades, and better trains. All the while, keep your eye on the prize. Make sure everything in your network is serving its purpose in meeting your level objectives. And if it isn’t, reroute it or salvage it to spend the money saved on important upgrades. Then, you’ll soon be in the company's good books and well on your way to an S grade on every level.