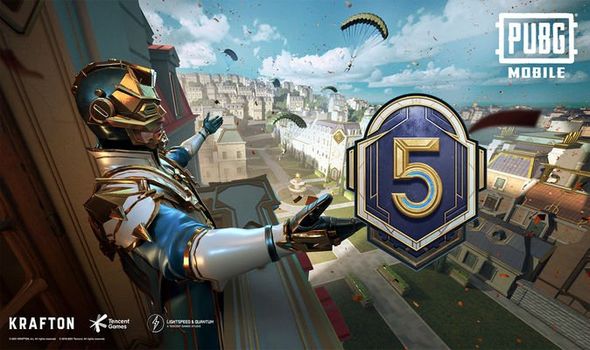 PUBG Mobile 1.7 is launching over the next 24-hours and will include some major content drops for waiting fans.

Krafton has confirmed that they will be shipping the next PUBG update with crossover events and game mode activities from the world of Arcane.

Extensive elements from the new League of Legends animated series, including locations, characters, and gameplay from the popular universe, have been confirmed.

A special themed mode is coming to Classic games on Erangel, adding a huge and mysterious floating Mirror Island.

A message from Krafton confirms: “Early in the game, Mirror Island can be explored by players for supplies. However, as the game continues, Mirror Island will activate and become extremely unstable. Players who come in contact with the Wind Wall will be transported to either Piltover or Zaun, two iconic cities from League of Legends.

“Players who land on the activated Mirror Island will also be able to transform into the iconic champions Jinx, Vi, Jayce, or Caitlyn, and use unique weapons and skills to battle against other players. Defeated players return to Erangel in their original form.”

In addition to battling and exploring in these new areas, players can interact with these champions to uncover clues on what’s taking place in the world of Arcane, and help those champions return to their own world.

They won’t be alone, with Enforcers, Firelights and Berserkers entering the world of PUBG Mobile to make things more interesting.

Collaboration with the new League of Legends animated series, Arcane, is one of the main focuses of PUBG Mobile 1.7, which will be arriving very soon.

But Krafton has also confirmed that they will be adding other stuff, including the new Royale Pass, as well as fresh gameplay mechanics.

According to the PUBG development team, update 1.7 will allow knocked down players, both teammates and enemies, to be carried instead of only reviving them or eliminating them.

A message from Krafton confirms how the new mechanic will work: “While carrying another player, movement speed is slowed and no other actions are available, including combat, picking up supplies, entering vehicles or using consumables. Passive damage for the player being carried also occurs at a slower rate, meaning it will take longer for them to be eliminated.

“Even better, all the fan favourite modes brought back in Version 1.6 are set to remain playable in the Version 1.7 update. Metro Royale: Reunion, Vikendi, Payload 2.0, Runic Power, Survive Till Dawn and Infection Mode will all be playable at certain times of the week.”

Krafton has confirmed that PUBG Mobile update 1.7 has a release date scheduled for Tuesday, November 16.

Like in the past, the new patch is expected to be rolled out on a region by region basis, meaning it won’t be available to everyone at the same time.

The expected PUBG Mobile update start time is 1am GMT, but there is a good chance it will take several hours for the new update to reach everyone globally.