You are here:
Home / Psychonauts 2 review round-up: Verdict and Metacritic rating ahead of Game Pass release 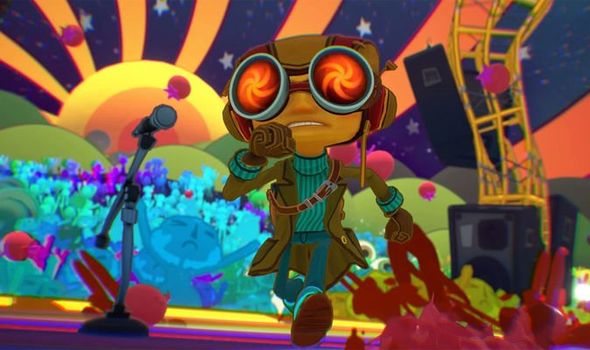 Psychonauts 2 is one of the most eagerly anticipated games of 2021. A sequel to the cult classic 2005 title, fans have been waiting a long time for Raz and the colourful platforming series directed by industry legend Tim Schafer to return. And it looks like the wait has well been worth it, with critics left impressed.

The first Psychonauts 2 reviews have gone live today (Monday August 23) and – at the time of writing – Psychonauts 2 has an 87 percent Metacritic rating based on 45 reviews.

This is the rating for the Xbox version, and means Psychonauts 2 is the sixth best reviewed Xbox Series X game of 2021.

On Opencritic Psychonauts 2 has an 88 rating, with 98 percent of critics recommending the game.

Psychonauts 2 reviews have been published ahead of the psychedelic platformer’s fast approaching release date.

Psychonauts 2 is out on Wednesday August 25 on Xbox Series X, S, Xbox One, PCs, macOS and PlayStation 4.

As with other Xbox Game Studios titles, Psychonauts 2 will also be available day one for Xbox Game Pass subscribers.

Psychonauts 2 review round-up – PureXbox – 10/10: “It’s honestly astounding how incredible Psychonauts 2 is. After 16 years, the expectations for the sequel were so high it felt as though they were impossible to meet. We don’t know how they did it, but the wizards at Double Fine not only met them but smashed through them with ease. Psychonauts 2 is an extraordinary achievement in both its gameplay and storytelling, balancing heavy themes of mental health with its whimsical world. In lesser hands, it could have been a disaster, but the team has taken every aspect of the original game, built upon it and respected the fanbase in the process. Psychonauts 2 is the best game of 2021 so far and one of the greatest sequels ever made.”

Psychonauts 2 review round-up – TheGamer – 4.5/5: “Even in those moments of collectible cursing, I had an absolute blast playing Psychonauts 2. It’s rare that a long-awaited sequel does most things right, but this is one of those times and I’m confident in saying that Psychonauts 2 is Double Fine’s best game to date and an early contender for game of the year. Just don’t keep us waiting a decade for the next one.”

Psychonauts 2 review round-up – Eurogamer – Recommended: “As witty, eccentric and imaginative as the 2005 action-platformer, with a more developed understanding of mental health.”

Psychonauts 2 review round-up – Comicbook.com – 4.5/5: “As someone who has loved Psychonauts since I first played it over a decade ago, I cannot stress how much joy this sequel has brought me. If you’re someone that also loves the original, I have a hard time believing that you won’t enjoy this experience from beginning to end. And even if you’re a newcomer who has been interested in Psychonauts 2 from afar, there is still more than enough here to keep you smiling from ear to ear on a regular basis. Psychonauts 2 is absolutely one of the best games so far in 2021 and serves as a fantastic example of why Xbox looked to purchase Double Fine in the first place.”