You are here:
Home / PSA: If You Aren’t Going To Play Switch Sports Online, There’s Not Much Point

PSA: If You Aren’t Going To Play Switch Sports Online, There’s Not Much Point

Switch Sports comes with six sports in total: Tennis, Bowling, and Chambara all return from previous editions (Chambara was called Sword Fighting), while Football, Volleyball, and Badminton join the fray. The original three are as solid as ever, while Badminton is easy to pick up and surprisingly different to Tennis in its execution. Volleyball and Football are more complex, but Football justifies this with rewarding and engaging gameplay, while Volleyball feels like the odd one out. Football, at least, comes with a Shoot Out minigame, which despite its name is not about scoring penalties but instead about diverting crosses. Bowling has a mode with wacky barriers on the lanes too, but other than that the sports are just the sports.

There is an easy, medium, or hard setting for the CPU, but unlike Wii Sports where you earned Skill Points and climbed a chart until you became a pro with 1,000 points, there's nothing like that here. No points, no progression, no sense of difficulty that adapts to you organically, no chance to discover a nemesis like so many of us did with Matt in Wii Sports. It all just feels pointless. Aside from Bowling, where you have your own personal best to beat, there's nothing to aim for in any of the sports. 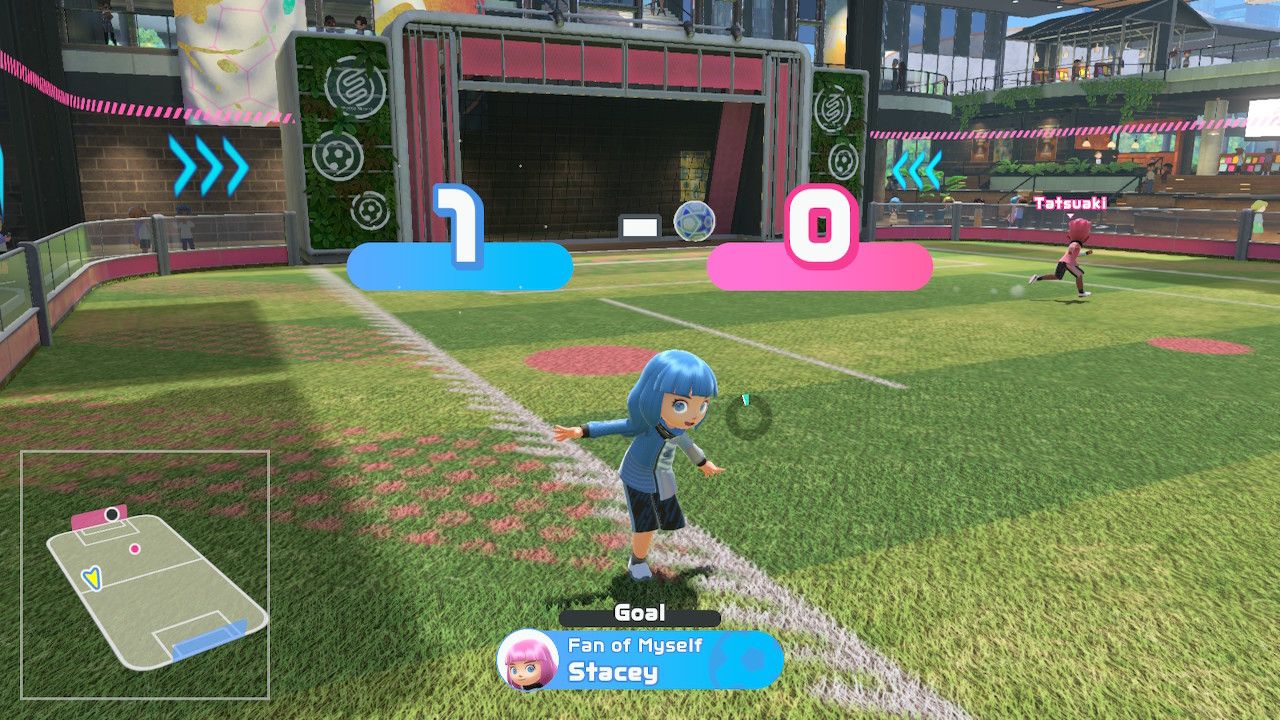 There easily could be, too. There are a host of customisation items you can unlock, but all of them are restricted to the online mode. Even without any sort of progression tracker, challenges for scoring X amount of goals in football, winning different sports by a whitewash, or competing in each sport enough times could offer something. Even if the most premium items remain online – still a foolish idea, given the casual audience – there should at least be something offline, but instead there's nothing. Nada. Empty. It's Tottenham's trophy cabinet.

Golf is set to be added at a later date, and as the only sport aside from Bowling where you play against yourself, its loss is sorely felt here. Switch Sports is a lot of fun with friends or family – my partner, who plays no video games, enjoyed all of them apart from Volleyball – but you'd like there to be a little bit of incentive for players to work on their skills or just relax on their own, and feel like they're getting somewhere. As fun as it is to swing your arms and have the tennis racquet really move, this is essentially a sports game with no career mode, no story mode, no challenge mode, and no customisation. There's versus mode, and for people without Nintendo Switch Online, that's it. Even those of us with the online capabilities probably don't feel like grinding out Badminton matches in our living room against online try-hards. It's a bonkers decision not to lock every sense of progression and customisation to the online mode, and it makes Switch Sports not only a much weaker title, but one I feel compelled to advise people against playing completely.