You are here:
Home / PS5 vs Xbox Series X: Microsoft dealt another sign of progress in Japan

PS5 vs Xbox Series X: Microsoft dealt another sign of progress in Japan 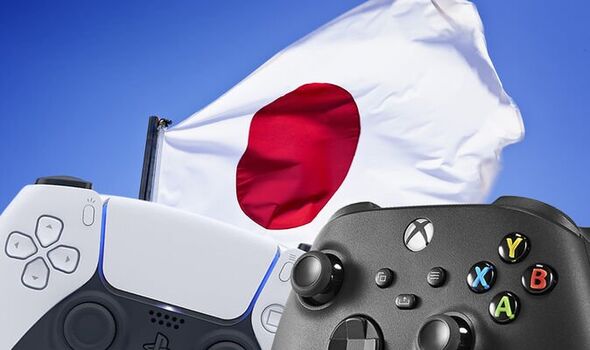 This month Microsoft has been delivered a number of signs that its latest consoles – the Xbox Series X and S – are beginning to gain traction in Japan. The Land of the Rising Sun is the region in the world that Xbox has historically struggled to sell in, with the Xbox One believed to have only sold around 115,000 consoles in the area in total. To put this in perspective, the PS5 has already sold over 1.6million consoles in Japan while the Switch has sold almost 25million.

But signs are emerging that the Xbox Series X and S has the potential to end up becoming the best selling Xbox in Japan.

Figures show the Xbox Series X and S has – in the space of over a year and a half – outsold the amount the Xbox One sold in its lifetime in Japan.

While this is considerably less than the PS5 has sold during its lifetime in Japan, it is still a big change in fortunes for Xbox compared to the previous generation.

Not only that, but for the first time ever the Xbox Series consoles recently outsold the PS5 in Japan.

The latest sales figures revealed by Famitsu for the period between May 9 and May 15 show the Xbox Series S sold 6,120 consoles compared to the PS5 Disc console’s 2,240.

The PS5 Digital sold 453 consoles during the same period while the Xbox Series X sold 105.

While the low figures for both the PS5 and Xbox Series X could be attributed to low stock for both consoles, the news is still reason for Microsoft to celebrate.

The news marks the first time Xbox has outsold PlayStation in Japan in eight years.

So far, the best selling console for Xbox in Japan was the Xbox 360, which sold around 1.6million units in the region.

But, with the strong start the Series X and S has already got off to in the region, Microsoft could be hoping their latest and greatest systems end up becoming their best selling consoles ever in Japan.

“#XboxGamePass If you subscribe to Ultimate, you can play more than 100 kinds of games for 1,100 yen per month. Excellent compatibility with download-only Xbox Series S.”

There are many reasons that could be attributed to Xbox experiencing a resurgence in Japan, from the low cost price of the Series S, to the availability of the entry-level next-gen console or even the value offered by Xbox Game Pass.

But one reason the Series S in particular could be popular may have been touched on in a fascinating documentary by CNBC about Xbox’s past struggles in Japan.

Takahashi attributes the console’s actual size as one reason the original Xbox didn’t sell that well in Japan.

The VentureBeat and GamesBeat journalist said: “It was huge and Japanese homes were small.

“That was sort of one of the first things that made the Japanese people wonder, does this company know what it’s doing?”

This time around though, the Xbox Series S packs a next-gen experience into a small console that can easily fit into any living room set-up, whereas Sony’s PlayStation 5 consoles are much larger.

Xbox and PlayStation have battled for market supremacy for four generations, and the latest match-up is proving to be the most fascinating yet.