You are here:
Home / PS5 fans in with the chance of getting these sleek Miles Morales custom faceplates 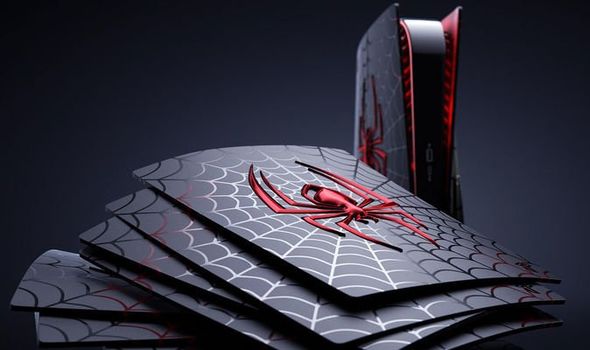 PS5 fans that want to jazz up the look of the next-generation console from Sony are in with the chance of getting a set of snazzy Spider-Man Miles Morales faceplates. Earlier this year ahead of the PS5’s launch, LetsGoDigital shared mock-ups of what a custom Miles Morales PlayStation 5 console would look like. The striking renders, created by Italian 3D designer Giuseppe Spinelli (also known as Snoreyn) got plenty of PS5 fans excited, with a YouTube video showcasing the design registering almost three millions hits.

The sleek design gave a glimpse into what changeable faceplates could look like for the PS5, with this yet-to-be confirmed line of accessories in high demand.

But in the meantime LetsGoDigital for Black Friday are running an unmissable giveaway, where five lucky PS5 gamers are in with the chance of bagging a set of Miles Morales faceplates.

These faceplates will recreate the Snoreyn design that went viral, so you can get your PS5 to look just like it.

To be in with a chance, you just need to follow a few simple steps…

If not – and you’d like to be with a chance of bagging these PS5 faceplates – then you just need to follow these two accounts before Saturday December 5.

The winners will be chosen at random, with those lucky enough to get hold of these faceplates being notified directly.

The custom-made PS5 Miles Morales faceplate features a mainly black design, with web detailing covering the faceplate and a metallic red Spider-Man logo in the middle.

It’s an extremely striking design, and the LetsGoDigital competition is the only way you’ll be able to get hold of these faceplates.

LetsGoDigital explained: “LetsGoDigital is aware that Sony Interactive Entertainment does not allow any company to sell custom-made PS5 faceplates. Sony has threatened to take legal action at various providers of these types of products. Therefore, LetsGoDigital will not sell the faceplates. Only 7 copies will be produced, 2 of which will be used by the LetsGoDigital team and 5 will be given away through this PS5 Black Friday promotion.” 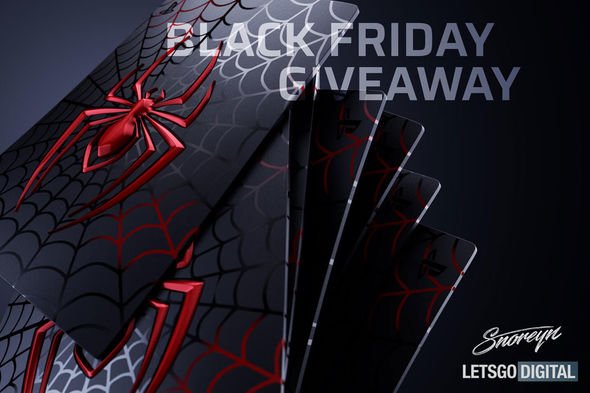 While, going into detail about how the faceplates will be produced, LetsGoDigital added: “The 3D designed faceplates for the PS5 are currently being produced. For this we first had a reverse mold made of the original PS5 panels. The panels will be hand sprayed by an experienced airbrush artist.

“The custom-made faceplates will be available from the end of January 2021 to be delivered to the 5 winners of this Black Friday Giveaway.

“Participate and automatically win one of these 5 free PS5 Spider-Man Miles Morales faceplates, to give your new console a truly high-profile design!”

PS5 fans know that the PlayStation 5 faceplates can easily be removed, thanks to a teardown video that Sony revealed ahead of the console’s launch. 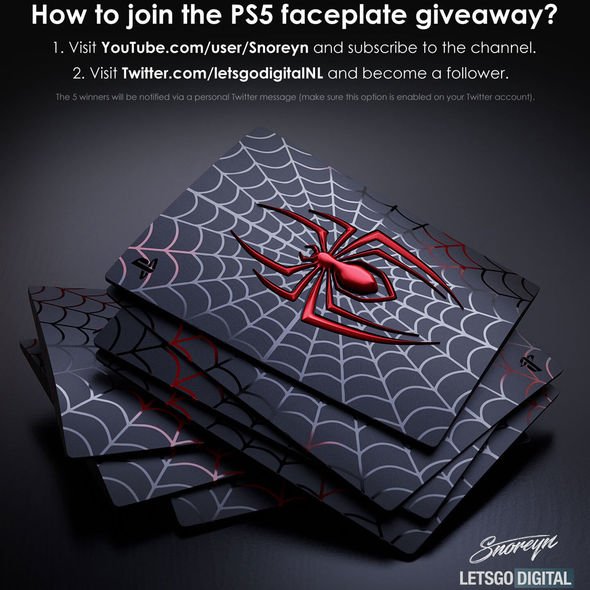 However, so far Sony is yet to confirm whether they will be releasing their own line of PS5 faceplates so that gamers can customise the look of their console.

Hopefully though it will be just a matter of time till Sony does confirm this, as these accessories would surely sell like hot cakes.

Having customisable faceplates means PS5 fans would easily be able to change the look of their console regularly, without having to buy limited editions consoles.

So no need to buy individual systems such as the Last of Us 2 PS4 Pro or the gorgeous looking Persona 5 Royal PS4, you’d just have to buy a set of faceplates and swap out the default white ones that comes with your PS5.