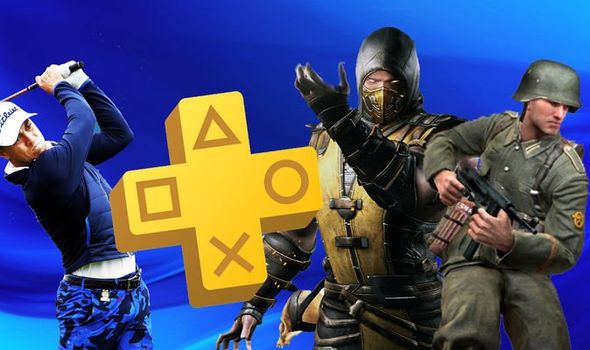 The October 2021 free PS5 and PS4 games are about to be revealed by Sony.

The next batch of PlayStation Plus games will be revealed on September 29 at 4.30pm BST UK time.

PS Plus subscribers will be able to download and play the free PS5 and PS4 games on the morning of October 5.

While the official reveal is still a few hours away, it looks like the October 2021 free games may have leaked ahead of schedule.

And judging by the early leaks, it looks like another solid month for PS Plus subscribers.

October’s freebies replace the current line-up of Overcooked All You Can Eat, Predator Hunting Grounds and the excellent Hitman 2.

“Fight in the most iconic battles of the Western Front, including Carentan, Omaha Beach and Foy and more,” reads the official description.

“This is combat at a whole new scale….with lumbering tanks dominating the battlefield, crucial supply chains fuelling the frontlines, you are a cog in the machine of colossal combined arms warfare.

“Featuring more than 9 sweeping maps modelled on real reconnaissance images and satellite data, the entire battlefield is divided up into large capture sectors – allowing for emergent and constantly unique gameplay that pits two forces of fifty players in a fight to the death across fields, bridges, forests and towns on an ever-evolving front line.

“When a sector is captured, it will generate one of three resources for your team, creating a complex meta-game that will influence your team’s march to victory.”

Mortal Kombat X is another fine choice for PS Plus, earning high scores on consoles and PC.

If you want to grab the September and October free PS4 and PS5 games, then it’s worth heading over to ShopTo for cheap PlayStation Plus subscriptions.

The UK retailer is currently selling 12-month PlayStation Plus subscriptions for just £41.85, compared to £49.99 on PSN.

As a digital membership, the PS Plus subscription will be delivered immediately, which means you can use it to bag the latest batch of free PlayStation Plus games.

If the leaks are legitimate, then the September and October free games are worth the asking fee alone.