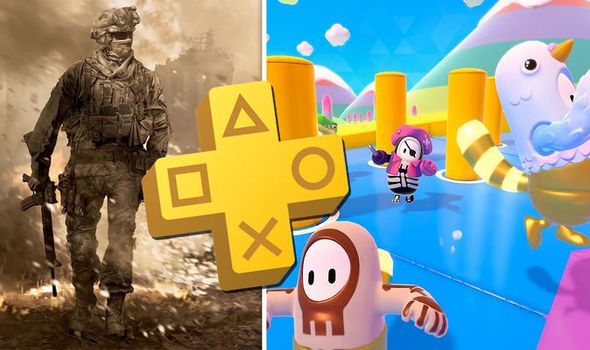 Sony is getting ready to refresh the PlayStation Plus games for August 2020.

While there’s no official launch time, the new take on the Battle Royale genre should be available by midday.

With the new games available from August 4, today is your last chance to download NBA 2K20, Rise of the Tomb Raider and Erica.

The games are available for less than 24-hours, so hurry up and download the trio if you haven’t already.

If you don’t already subscribe to PlayStation Plus, now is the perfect time to sign up, because you still have time to grab the July PS Plus free games.

The best deal is undoubtedly available at ShopTo, where an annual subscription costs just £39.85.

Get a 12-month PlayStation Plus subscription for just £39.85 from ShopTo

Because it’s a digital membership, the PS Plus subscription will be delivered immediately, so you can grab both sets of games.

If you want a shorter subscription, then you may want to try CD Keys instead. At the time of writing, CD Keys is selling 3 month PlayStation Plus subscriptions for just £16.99.

After purchasing the subscription, CDKeys will send you a confirmation email with a download link.

After verifying your phone number, you will be sent a pin, which can then be used to access your code.

Once you have the code, just visit the PlayStation Store, select the redeem codes option and then enter your number.

It’s worth pointing out that this deal is currently only available to fans in the UK, although similar deals are available for customers in other regions.

“Survive a series of hilarious challenges until one victor remains in this colorful 60-person online multiplayer party game!” reads the official description.

“Test your mettle in brutal free-for-alls or co-op challenges where only the winning team advances to the next round.

“Bend, bounce and bash your way through hilarious physics-based obstacles, from smashing through doors, to balancing on massive see-saws, to racing up mountains riddled with traps. Add a touch of style to your Fall Guy by customizing them with everything from classy pineapple couture to flattering prehistoric fashion.”

Modern Warfare 2, meanwhile, is largely considered to be the best game in the Call of Duty franchise.

“Following immediately on from the dramatic events of Call of Duty 4 Modern Warfare, Call of Duty Modern Warfare 2 Campaign Remastered immerses you in a gripping, action-driven adventure in which you must face off against a deadly new threat hellbent on bringing the world to the brink of collapse,” reads a Sony post.

“The single-player campaign has been fully remastered with improved textures, animations, physically based rendering, high-dynamic range lighting and much more.”

This article contains affiliate links, which means we may receive a commission on any sales of products or services we write about.