Many long-time veterans of Dead By Daylight have been enjoying the release of Propnight, a new horror-survival game on the scene with a classic Garry's Mod prop hunting twist. Its goofy physics-based prop disguising antics brought a breath of fresh air to the genre that many players were missing.

Since its release, there has been some division within the community over whether Propnight is more "killersided" or played more in favor of the Survivors. There is also a strong lack of consensus over which Killers are the most powerful and which are too powerful. Let's take a look at the best Killers to play in Propnight. 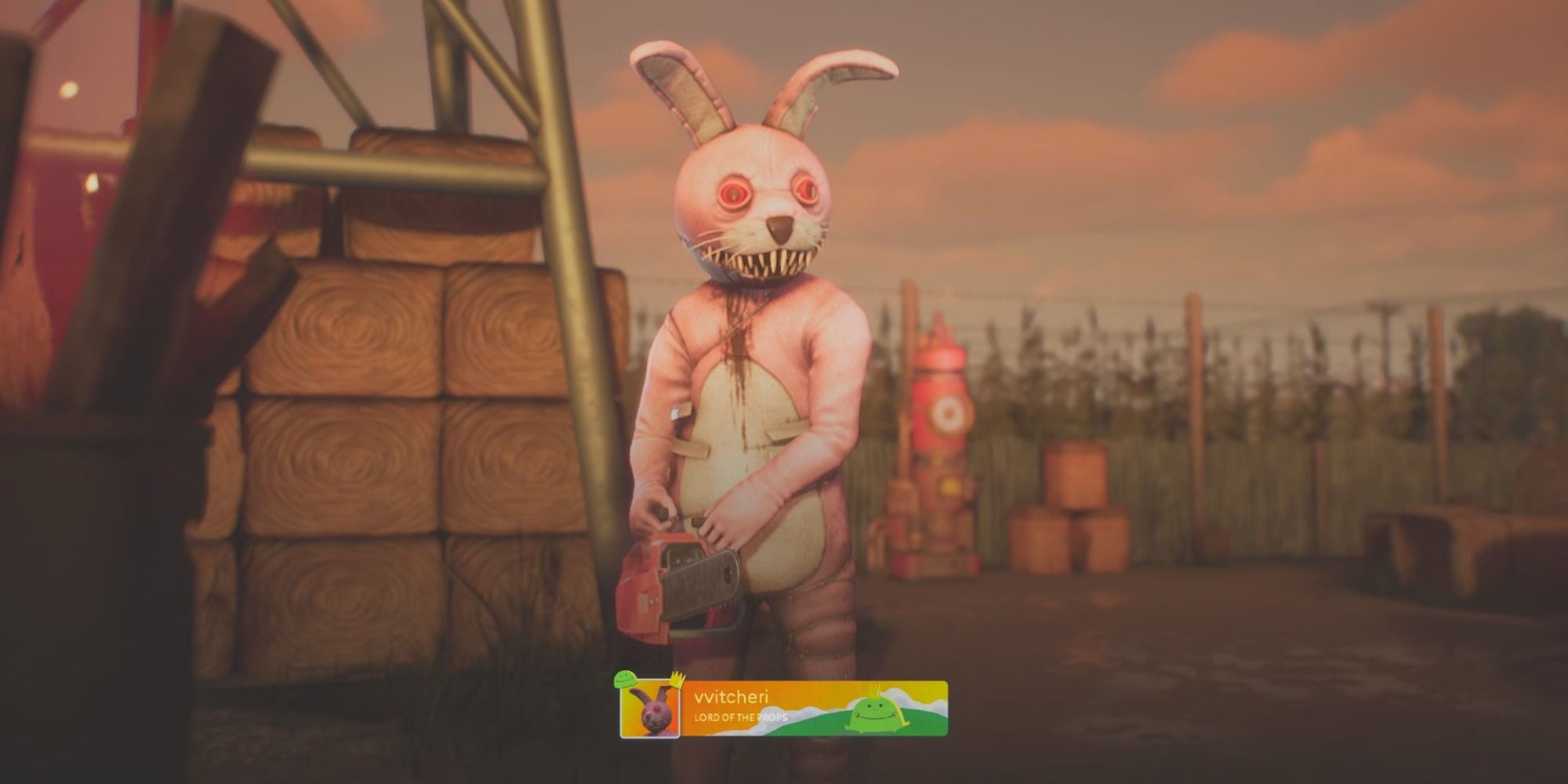 As it stands, this killer bunny is all tough and no stuff, his incredibly eerie character design concealing a somewhat lacking ability kit. His most irksome skill is his "Chainsaw Terror", which triggers a chainsaw sound effect to play across the map at random, lulling players into a false sense of security that Igor is somewhere else entirely. This is Igor's only "stealth" ability, so its primary use is in spamming it frequently to try and keep Survivors on their toes.

With a rapid cooldown and some bounce to its physics, Igor's "Soda Bomb" is another ability well-suited for spamming. Chuck this bad boy in the direction of Propmachines or likely hiding spots to try and flush Survivors out, or toss a well-aimed bomb in a fleeing Survivor's path.

Sadly, though it is truly terrifying to watch Igor land it, his "Charge" ability is unwieldy at best. Despite being the fastest mobility skill in the game currently, this dash that Igor makes with his chainsaw can only be done straight ahead. While charging, Igor moves so fast that it's almost impossible to chase Survivors around tight corners in maps such as the Abbey. 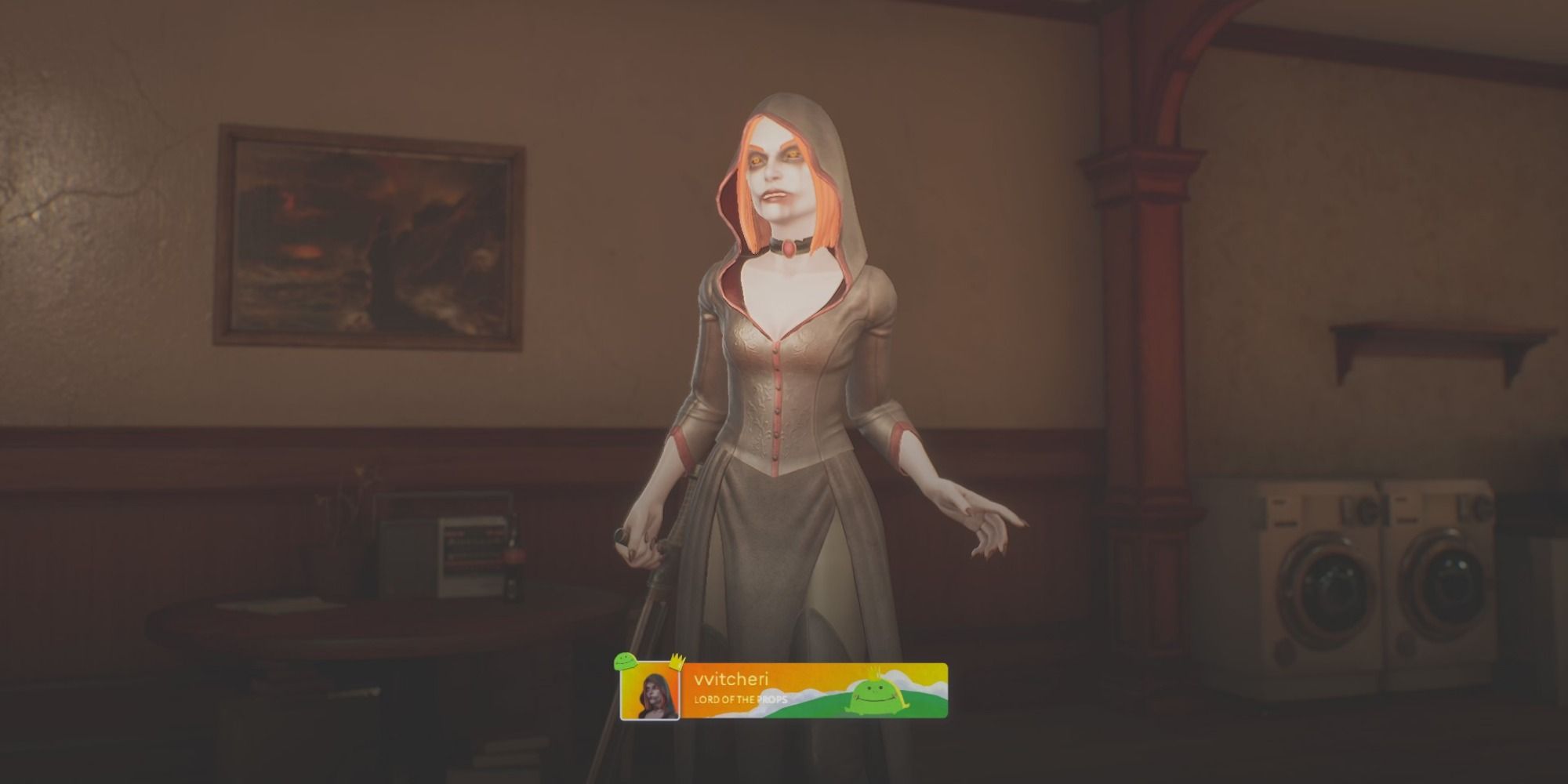 She might not actually be one of Lady Dimitrescu's daughters, but Akasha still has some bite to her. Her strongest ability is probably the "Blood Eye", a bulbous red monstrosity Akasha's summons that can track the movements of any Survivor who strays too close to it. Only one can be placed at a time, so you would be well-off placing it around the Hypnochairs of captured Survivors or nearby Propmachines being worked on.

"Blade Dance" is a nice AOE ability, dashing forward and damaging anyone in arm's reach. Her primary mobility comes from "Shadow", but while this ability is active, Akasha is in "shadow form" and unable to attack Survivors. Her abilities are strongest on maps like the House or Abbey, where her Blood Eye gives her the advantage to see through walls. 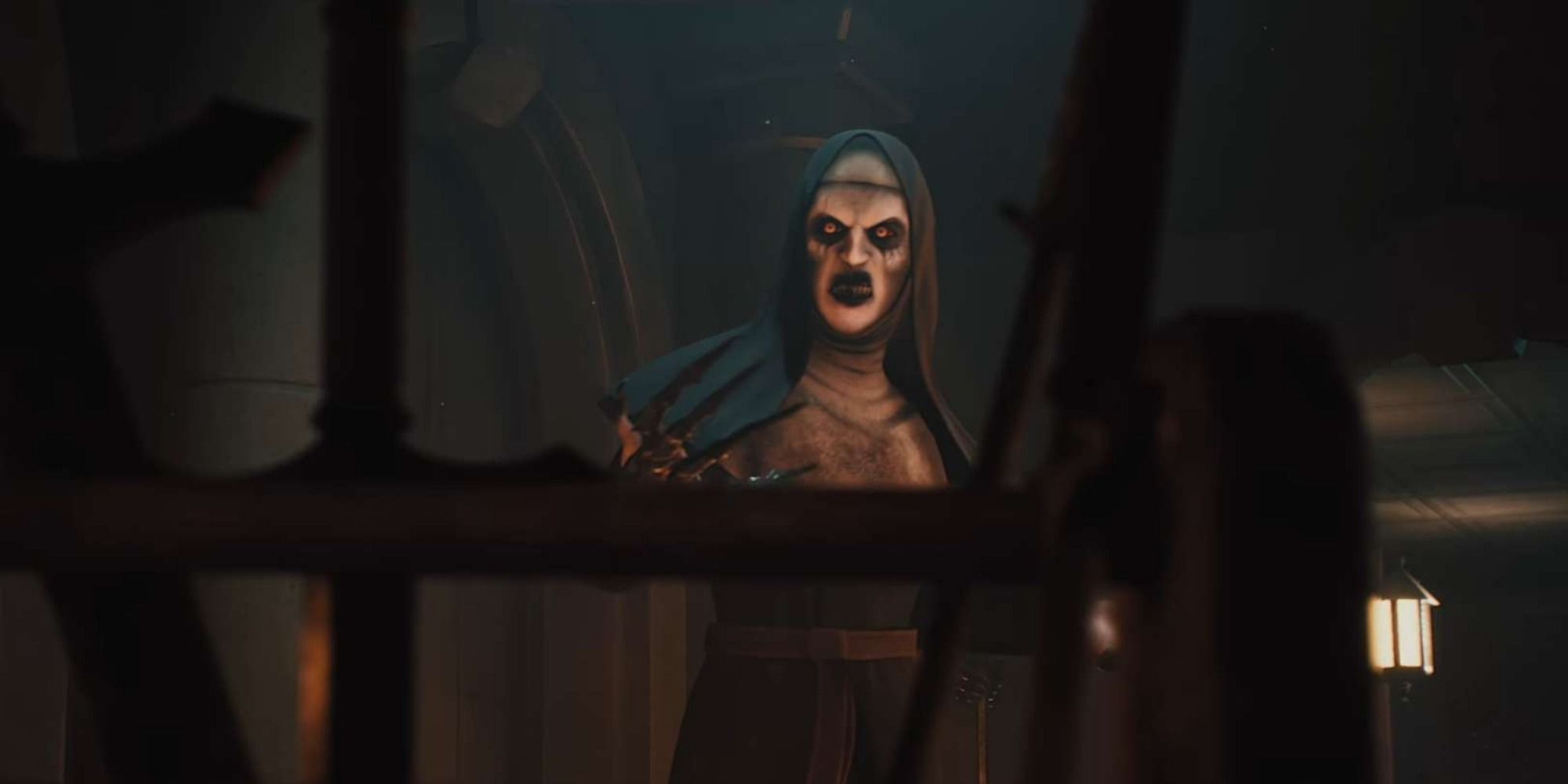 Is that… Valak? Nah, we're good. Propnight's demon nun, looking heavily inspired from James Wan's The Conjuring franchise, is a formidable Killer to come up against. Her "Flight" ability is essentially an improved version of Igor's "Charge", giving you the ability to fly in any direction for 100 seconds at a time. It's much easier to control and recharges quickly.

Her "Curse" ability really helps with the long-game objective of Propnight… keeping survivors from completing Propmachines. Banshee can curse any Propmachine to make it more difficult to repair, which also increases the chance that Survivors will miss skill checks and reveal their positions. "Scream" is a powerful AOE skill, particularly because its radius extends not only to the sides but forward as well. It can be used to reveal the positions of Survivors disguised as props, or to finish off a fleeing Survivor. 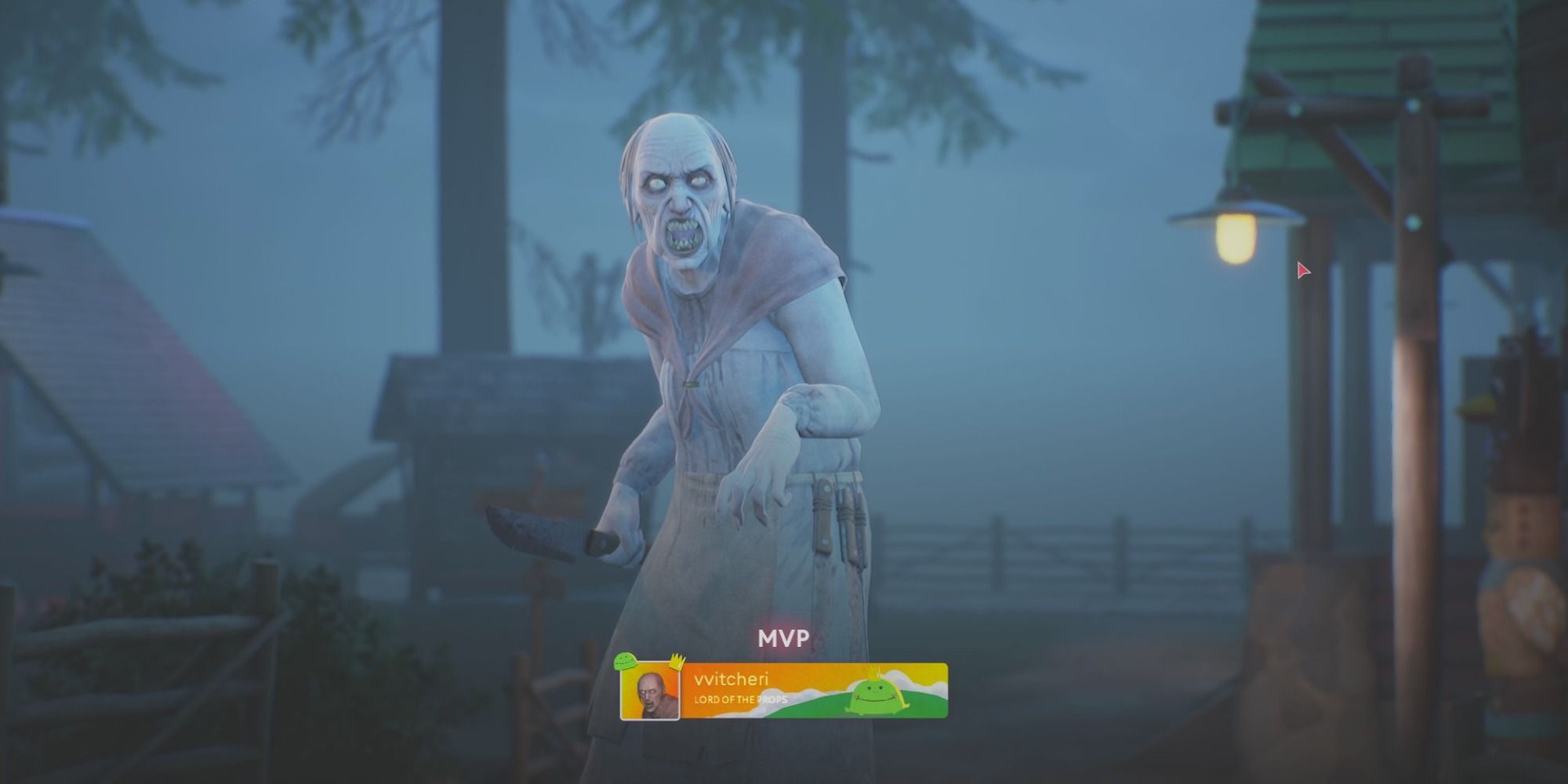 Why do you have all those knives, Granny? The better to cut you to ribbons, it would seem. When played well, Granny can be downright frustrating to play against. Her "Mine" ability is especially useful, and aggravating to work around as Survivor, as it places a floating knife in the air, waiting to fly at any survivor that comes close to it. It can be dodged, but doing so is tricky, and when placed around key areas like captured Survivors or crucial Propmachines, the map can begin to feel like a minefield.

Granny's mobility not only makes her fast, but "Astral" will also make you invisible while active, so you can sneak up quickly on unsuspecting Survivors. What's more, her "Throw" ability gives her more range than any other Killer. You can skillfully snipe players and props as they are jumping through the air, nailing knockdowns like it's nothing. 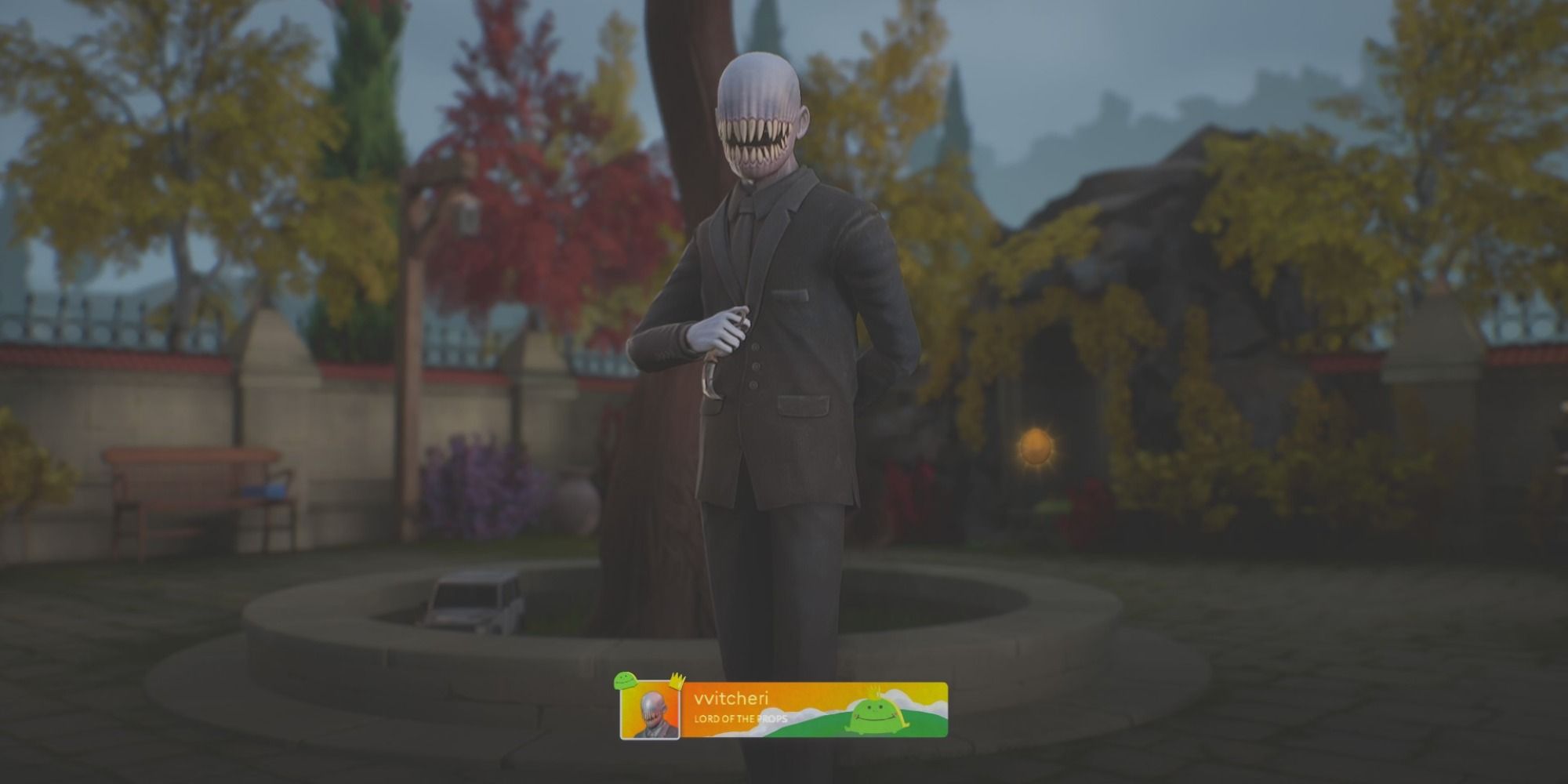 When the Imposter is the Killer, know just one thing… trust no one. Although he might not have any "mobility" skills, long-range abilities, or an AOE attack, what the Imposter does have in his kit is far worse. He can disguise himself, not only as any Survivors currently playing but as any prop on the map. His uncanny ability to disguise plays off of most Survivors' key weakness: communication. As an Imposter, you can easily take advantage of the Survivor's lack of organization. Plus, disguised as a prop or Survivor, you get the same boosts in speed as other players.

His most meddlesome ability by far is the Imposter's "Overcharge" skill. Once it cools down, the Imposter can snap his fingers and overcharge all the unrepaired Propmachines on the map, and increase the movement speed for repaired machines. This is incredibly disrupting for Survivors, as it not only increases skill checks on Propmachines, but it has the potential to reveal their position. You can really wreak some havoc as the Imposter with these abilities.