You are here:
Home / Pong Played By Brain Cells In A Petri Dish

Pong Played By Brain Cells In A Petri Dish

Late last year, Cortical Labs announced it had taught human brain cells how to play Pong, the classic arcade game where you use a paddle to keep a virtual ball bouncing around. The whole point was to figure out a way to teach artificial intelligence how to learn as quickly as biological brains can, which is often an order of magnitude quicker than machine learning is capable of.

A few months later and Cortical Labs published their findings in the journal Neuron detailing just how they taught 800,000 cells linked to a computer how to play a single-player version of Pong.

First, the human brain cells are grown on top of a computer chip in a tiny dish the size of a thumb. The chip then sends electrical signals produced by the brain cells and receives signals sent by the researchers. In this case, the signals it sends are to tell the cells where the paddle is and where the ball is. 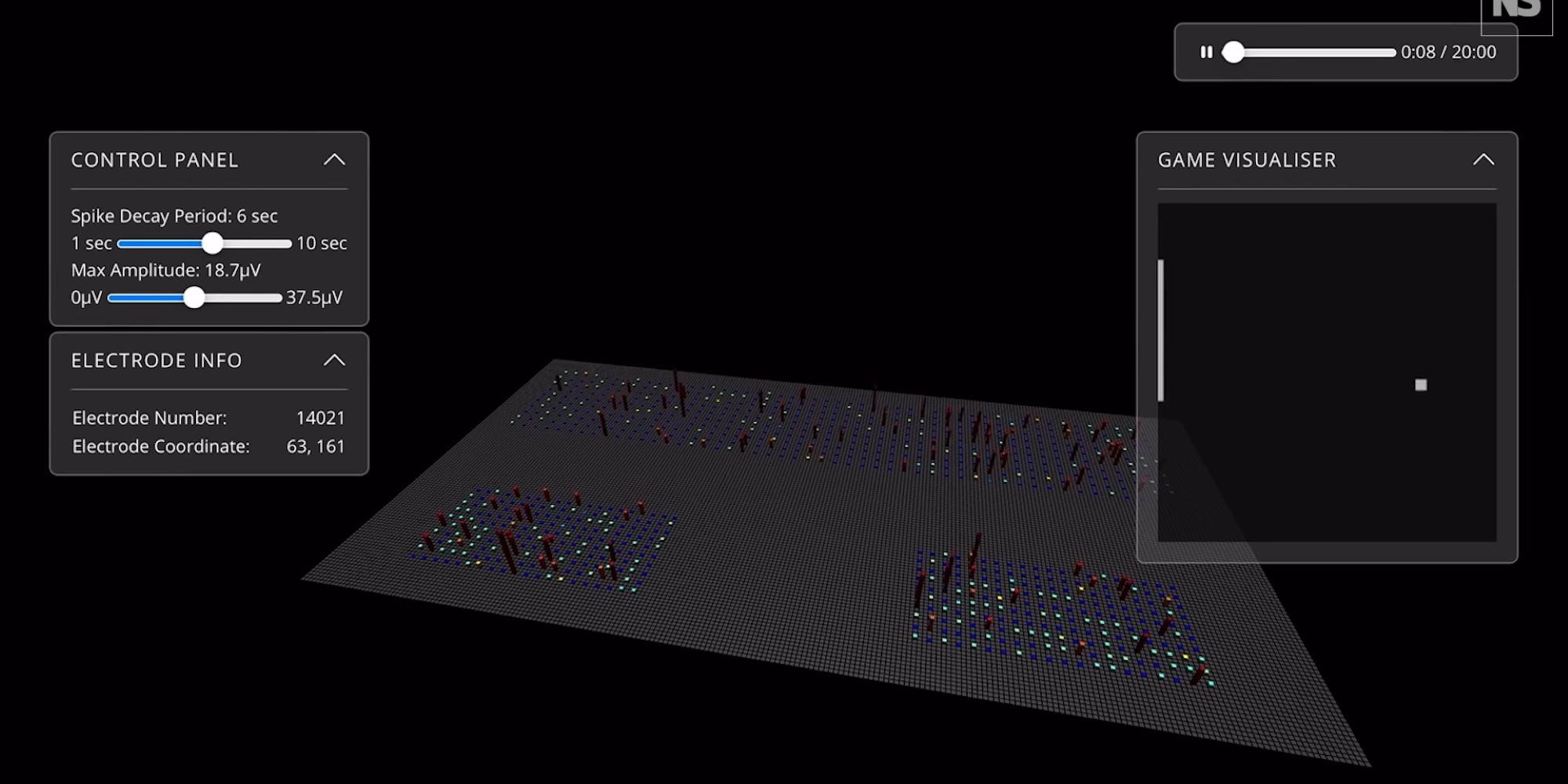 The cells are taught using a concept called the Free Energy Principle, which basically says that brain cells want to be able to predict their environment. When it all boils down to it, human brains are just pattern recognition machines, so the researchers rewarded the brain cells with familiar patterns of electrical signals whenever they played the game well.

"If they hit the ball, we gave them something predictable," said study author Brett Kagan in an interview with NPR. "When they missed it, they got something that was totally unpredictable," which was just white noise.

The process worked and the brain cells figured out how to play Pong. In fact, Cortical Labs also taught the same thing to Mice brain cells too but found that human cells did better. Although, neither was perfect, and would often lose track of the ball. Kagan points out that both the human and mouse brain cell tests were done with fewer cells than a cockroach brain.

"If you could see a cockroach playing a game of Pong and it was able to hit the ball twice as often as it was missing it, you would be pretty impressed with that cockroach," he said.