The Pokemon Company president and CEO Tsunekazu Ishihara revealed a new map coming to Pokemon Unite next month during the Pokemon World Championship opening ceremony. Theia Sky Ruins is Unite’s first map refresh for the main quickplay and ranked modes, and features a new layout, different wild Pokemon spawns, new objectives, and a brand new boss Pokemon: Rayquaza. During a roundtable interview at the WCS, Unite producer Masaaki Hoshino talked about what we can expect from the new map, and how it will differ from Remoat Stadium.

“It’s been one year since launch and people want something new, so we wanted to introduce a new way to play Pokemon Unite,” Hoshino explains via his translator. “What’s different between the new stadium and Remoat Stadium is, of course, the Wild Pokemon. There’s more Wild Pokemon in the early stage, as well as more in the middle lane.”

The changes may seem subtle, but they have the potential to fundamentally change the way players approach team composition. Remoat Stadium is notorious for starving Pokemon that play in top and bottom lane, while Pokemon that take the middle are able to level up quickly and have a big influence on team fights. In the Sky Ruins, we may see laners have an easier time leveling up early, while extra spawns in the middle area could mean that sharing the jungle between two teammates might be viable. There’s a potential that these changes could really shakeup the meta and inform the way teams choose the Pokemon they play. 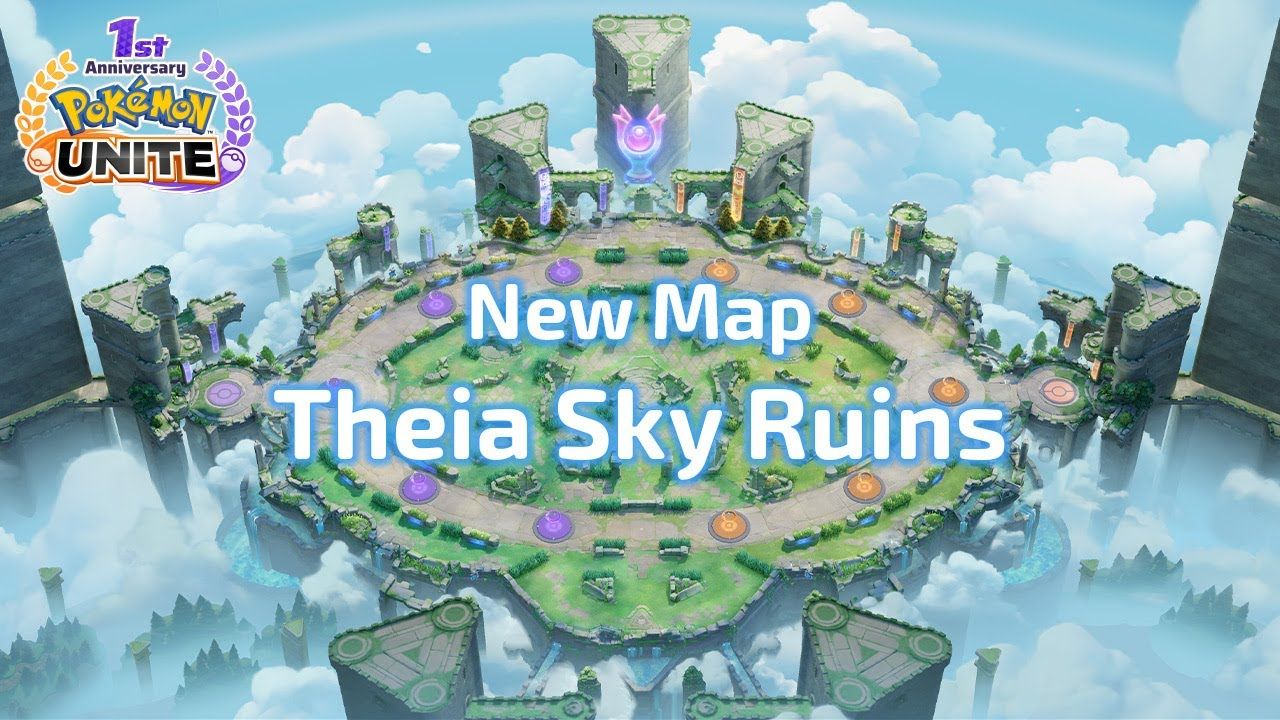 The other big change between maps is that Rayquaza will be replacing Zapdos as the boss Pokemon. Rayquaza introduces new mechanics that will change how the final two minutes of the match play out. “The buff is going to be different from Zapdos,” Hoshino explains. “Whereas Zapdos disables the opposing team’s goals, Rayquaza is going to allow the team [that beats it] to have easier goals by scoring faster, as well as higher attack. It’s more of a buff to the winning team than a debuff to the opposing team.”

Zapdos has long stood as a point of contention within the community. Particularly in Quick Play and solo queue ranked, the Zapdos fight can feel like a coin flip moment that makes the rest of the match feel too inconsequential. By shifting the reward towards an attack buff and removing the goal deactivation, the Team that loses the Rayquaza fight will still feel like they have a chance to defend. This change will have a big impact on the way matches end, and hopefully, prevent more games from feeling unfair.

Hoshino confirmed that Theia Sky Ruins will be replacing Remoat Stadium when it launches on September 2, though the team is considering some kind of rotation for the future, similar to the way Quick Matches currently work.

Theia Sky Ruins is currently available on the new Public Test Server if you’d like to try it out before it launches in the main game later next week. Hoshino also answered questions about the increased price of Unite Licenses, Pokemon that could potentially be coming to the game, and how the team approaches feedback from the community.