You are here:
Home / Pokemon TCG: The 8 Best Cards From The Trick Or Trade Bundle

Pokemon TCG: The 8 Best Cards From The Trick Or Trade Bundle

The Trick or Trade Booster Bundle is a new Pokemon TCG Halloween-themed set, featuring some spooky art. In the set, you can find popular ghost-type Pokemon, as well as other types that fit the Halloween aesthetic.

As with every new set out there, some cards are better than others. In this list, we are going to take a look at some of the best cards in the Trick or Trade Booster Bundle. This will be purely based on how the cards look rather than how strong they are. Additionally, all cards in the Trick or Trade set to include a jack-o-lantern icon of Pikachu, so you can easily recognize them from the set. 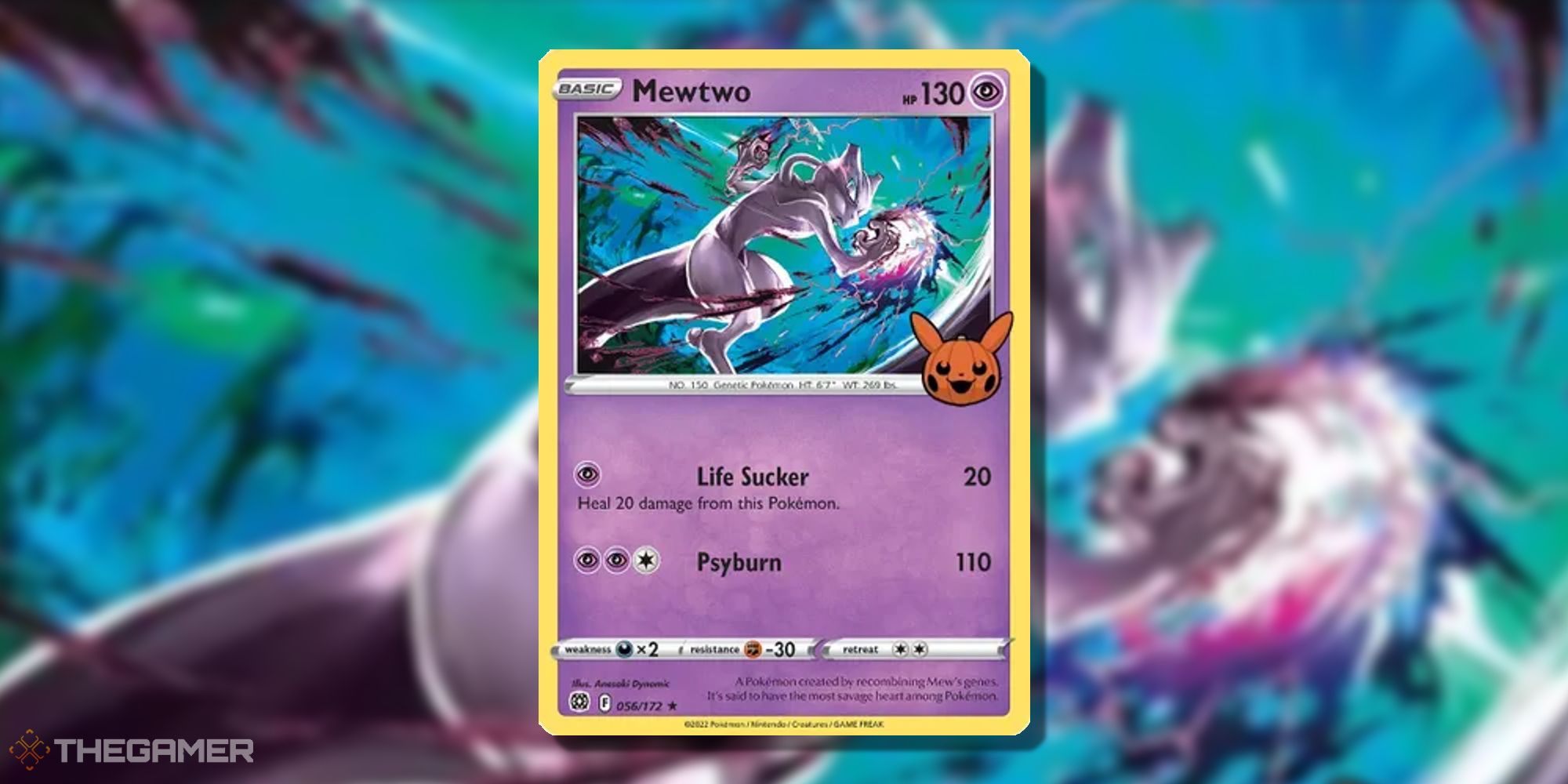 First up, we have Mewtwo. This Legendary Pokemon is one of the most popular out there, so it’s no surprise that it was included in the Trick or Trade Booster Bundle.

Overall, Mewtwo looks epic in pretty much every card, and this is no exception. On this card, we see Mewtwo charging up an attack while looking back, seemingly at us, the viewer. While the card isn’t ‘spooky’, it’s still a great rendition of Mewtwo. 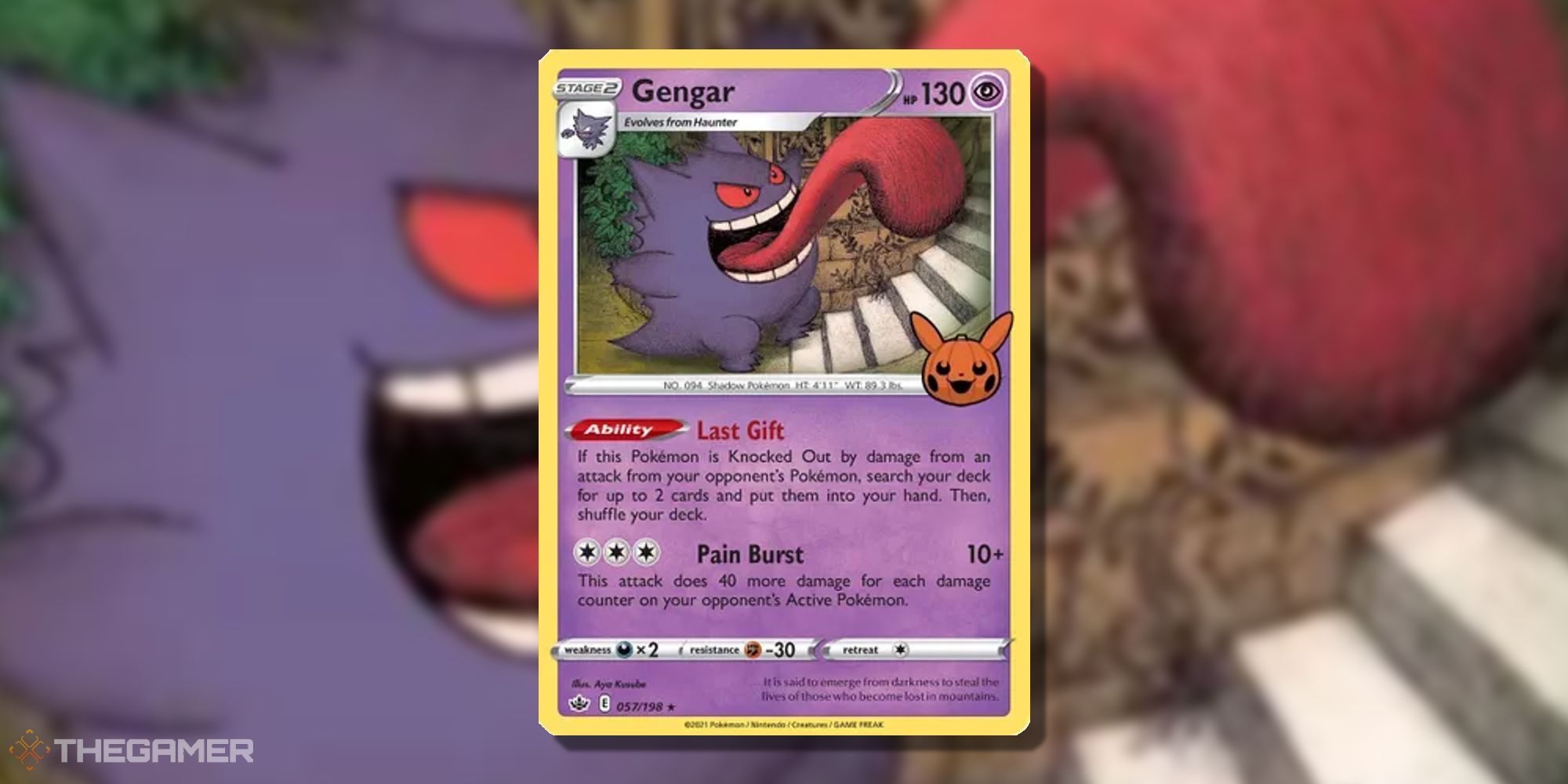 Next, we have Gengar. This classic Pokemon was introduced in Generation I, and has maintained popularity ever since. In the Trick or Trade set, we Gengar using his massive tongue to lick the stairs, or whatever lies beyond them.

Like other art in the Trick or Trade Booster Bundle, this card is a reprint, but it still manages to capture the Halloween spirit. Overall, there will not be a time with Gengar isn't associated with Halloween. 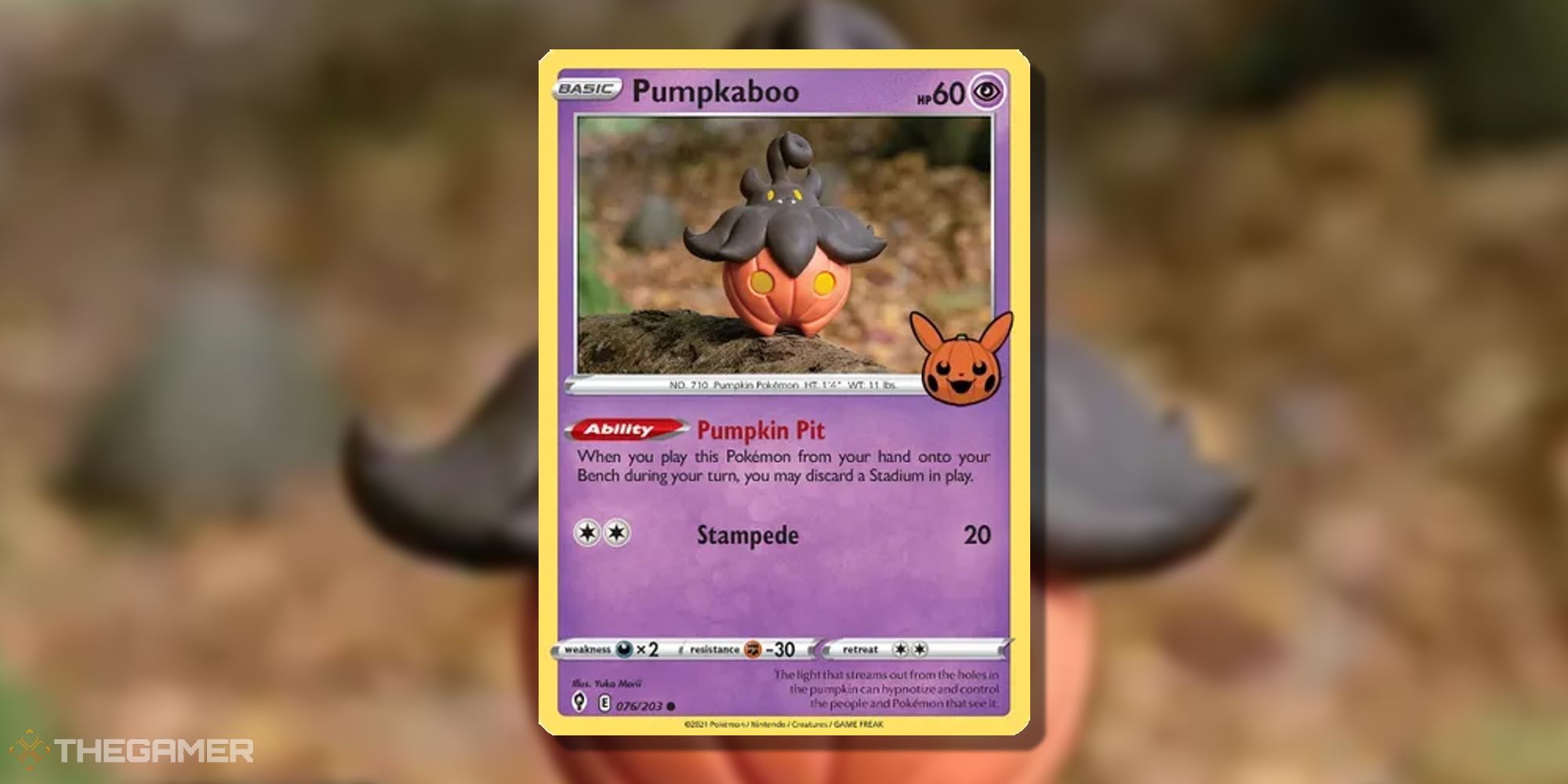 Several Pokemon on our list aren’t usually associated with Halloween, but based on appearances alone, Pumpkaboo was made for Halloween. Pumpkaboo is a jack-o-lantern that seems to be haunted by a spirit. Its evolution, Gourgiest, has even more of a jack-o-lantern face, complete with a toothy smile.

In fact, in the Pokedex in Pokemon XY, we learn that Pumpkaboo is a pumpkin that has a spirit trapped inside. Rather than haunting and scaring people, Pumpkaboo carries other spirits to rest. This is a bit creepy, but it’s also quite considerate. Additionally, this version of Pumpkaboo is depicted with a realistic figure, setting it apart from other cards in the bundle. 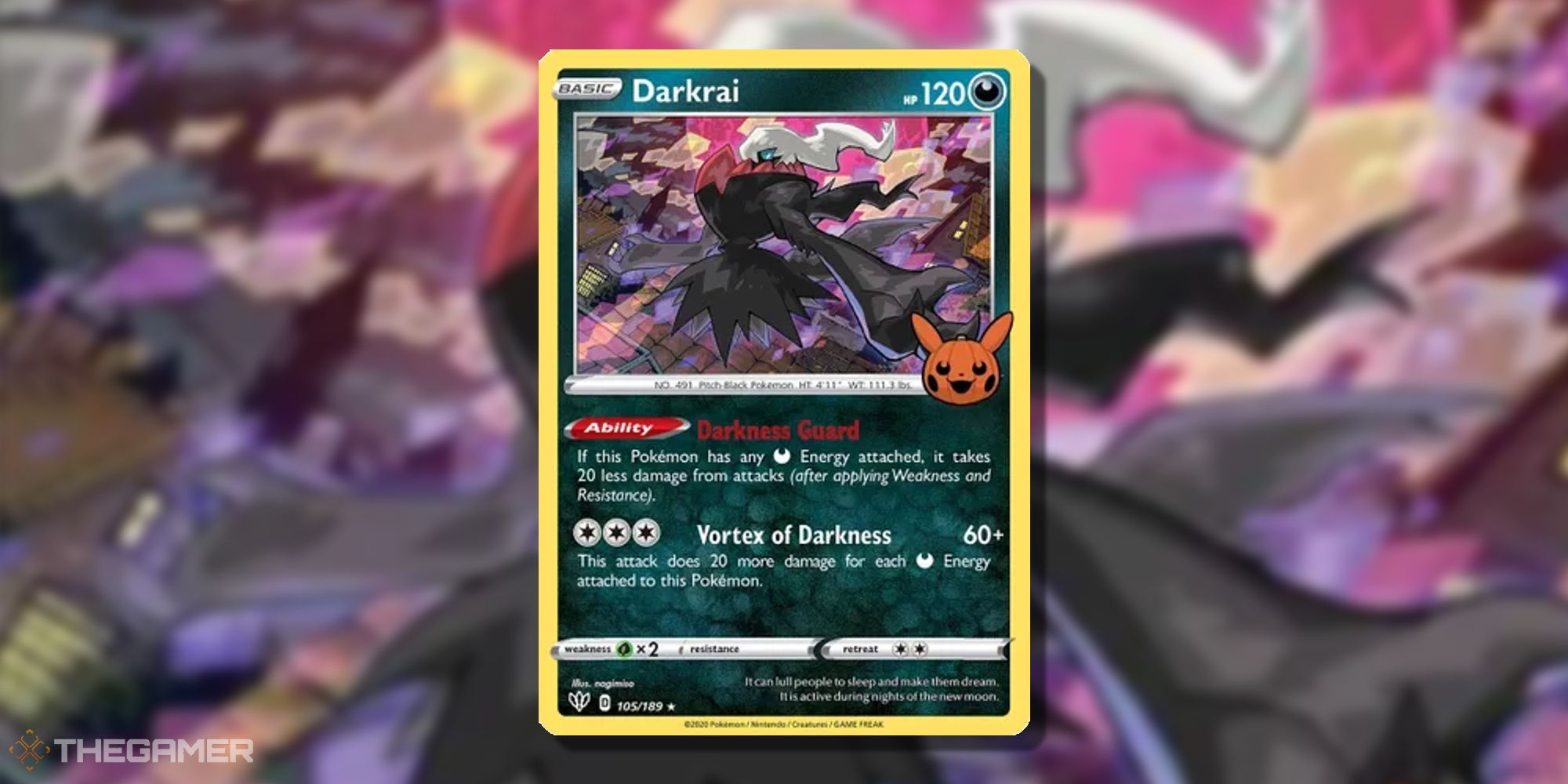 Darkrai is another Legendary Pokemon that always seems to look epic. Unlike Mewtwo though, Darkrai already has a Halloween vibe. In several Pokedex entries, we learn that to protect itself, Darkrai afflicts those nearby with nightmares, although it has no malicious intentions.

Other entries also mention that Darkrai can lure people to sleep. If we were to cast one Pokemon as the Boogeyman, it would defiantly be Darkrai, especially since its body seems to be made out of shadows. 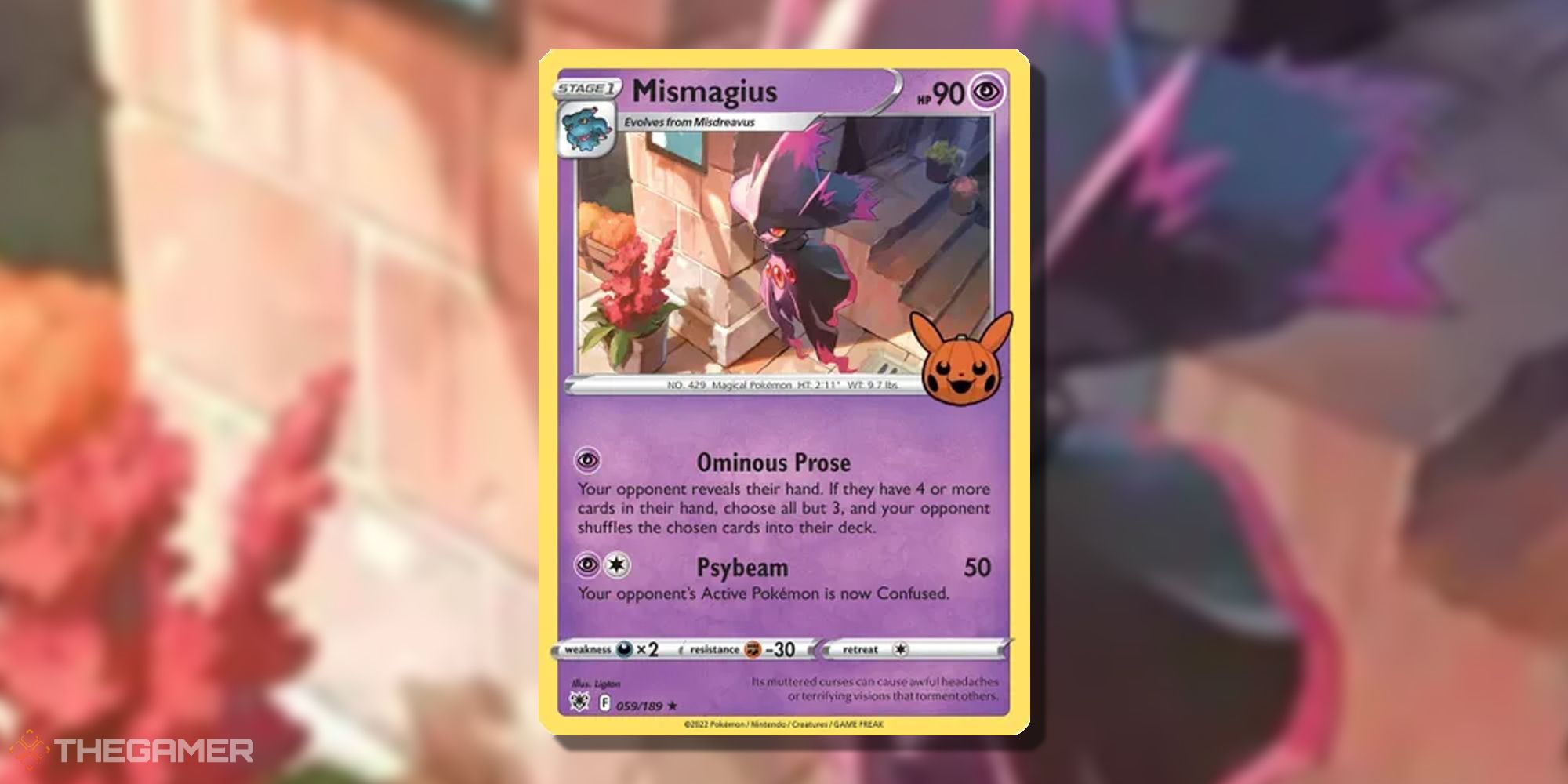 Witches and Halloween go hand in hand, which is why Mismagius has earned a place on our list. This bewitching Pokemon appears to be benevolent on the Trick or Trade card. The world in this card seems Studio Ghibli-esque, showing a little witch going about her daily business.

Interestingly, in Japanese, Mismagius is ‘Mumarji’. This is a combination of ‘muma’, meaning nightmare, and ‘maji’, meaning mage. Although Mismagius looks innocent in the artwork, is there more than meets the eye? 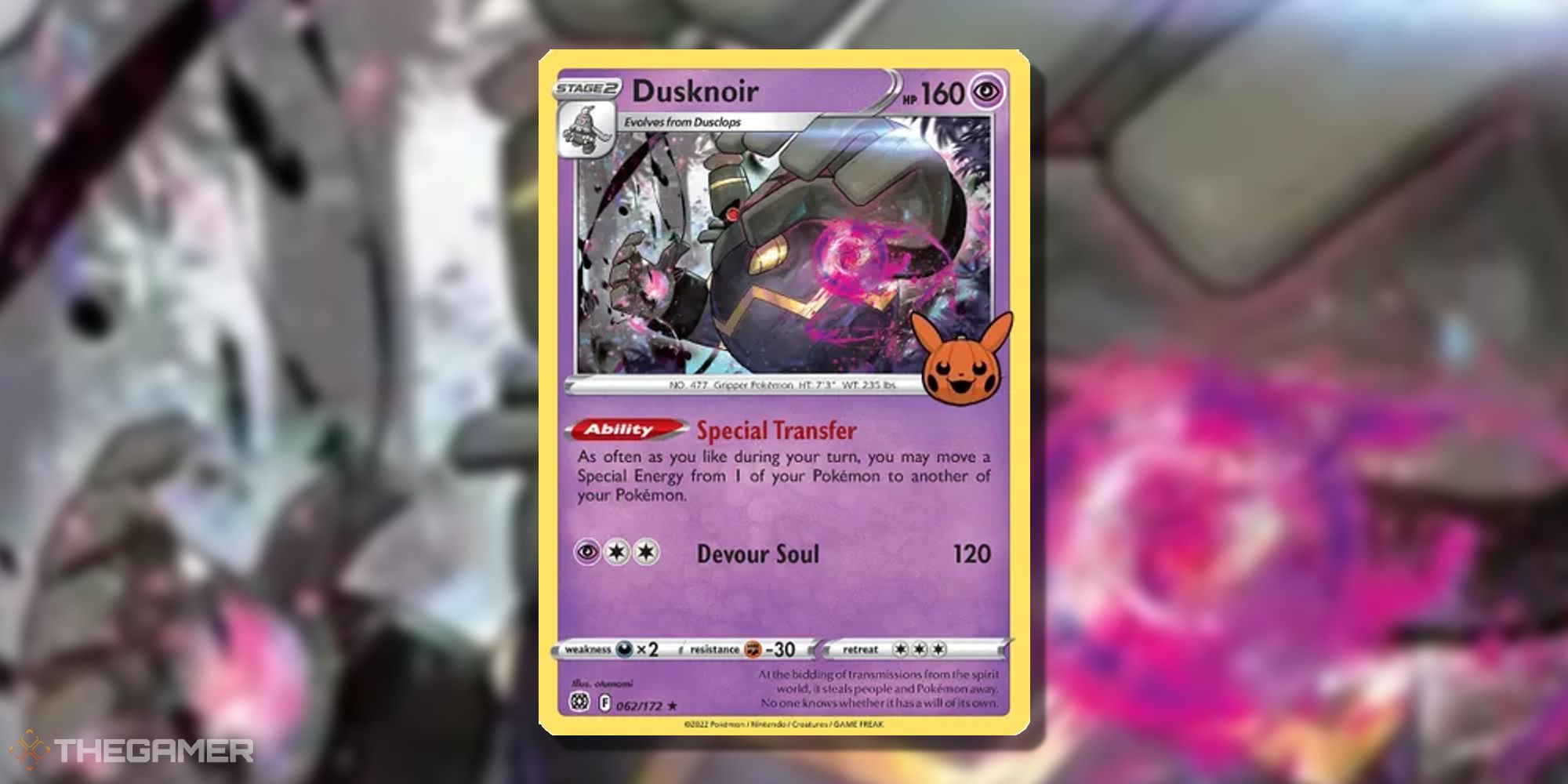 The next Pokemon we have on our list is Dusknoir. This is the final evolution of Duskull, a cute little Pokemon that looks like a haunted skull. Dusknoir drops the cute appearance of Duskull, in favor of a more menacing look. Dusknoir’s Trick or Trade card has the Pokemon striking a fierce pose, looking quite intimidating.

Pokedex entries for Dusknoir are pretty average for a ghost-type Pokemon, but the entry in Pokemon Shield is frightening. Apparently, Dusknoir can use the mouth on its belly to swallow targets whole. After eating the soul from the body, Dusknoir then spits out the empty body. On this card, Dusknoir even has an ability called Devour Soul. 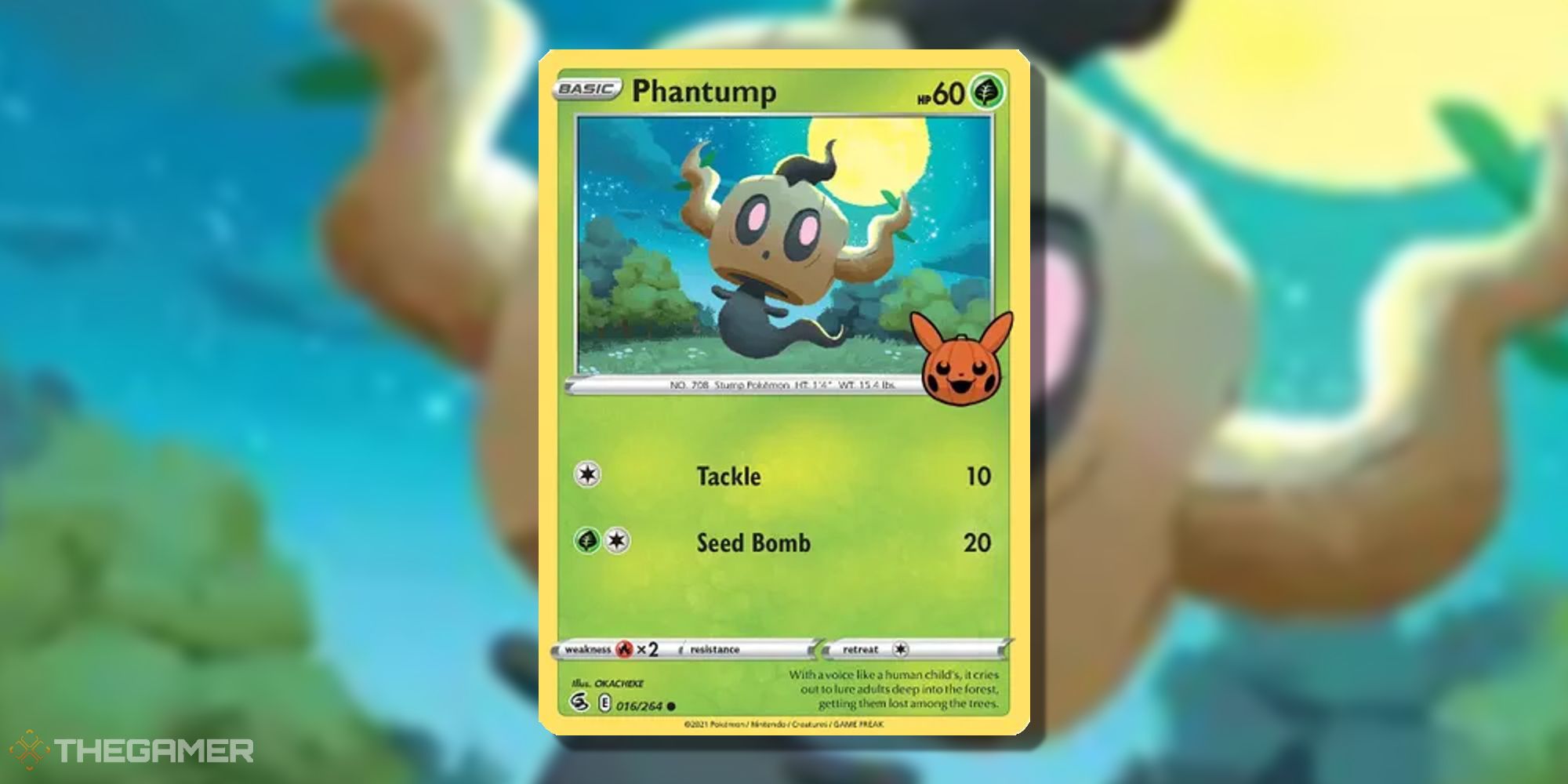 While Dusknoir was on the scarier side, this next Pokemon shows us the cute side of Halloween. In this card, we see Phantump hovering in front of a full moon, drawn in a storybook-like style.

Phantump is technically a stump possessed by a dead child, which can be seen in the cute, childlike face it has. This card isn’t the strongest or most valuable, but this little stump Pokemon can capture the hearts of viewers (maybe even literally). 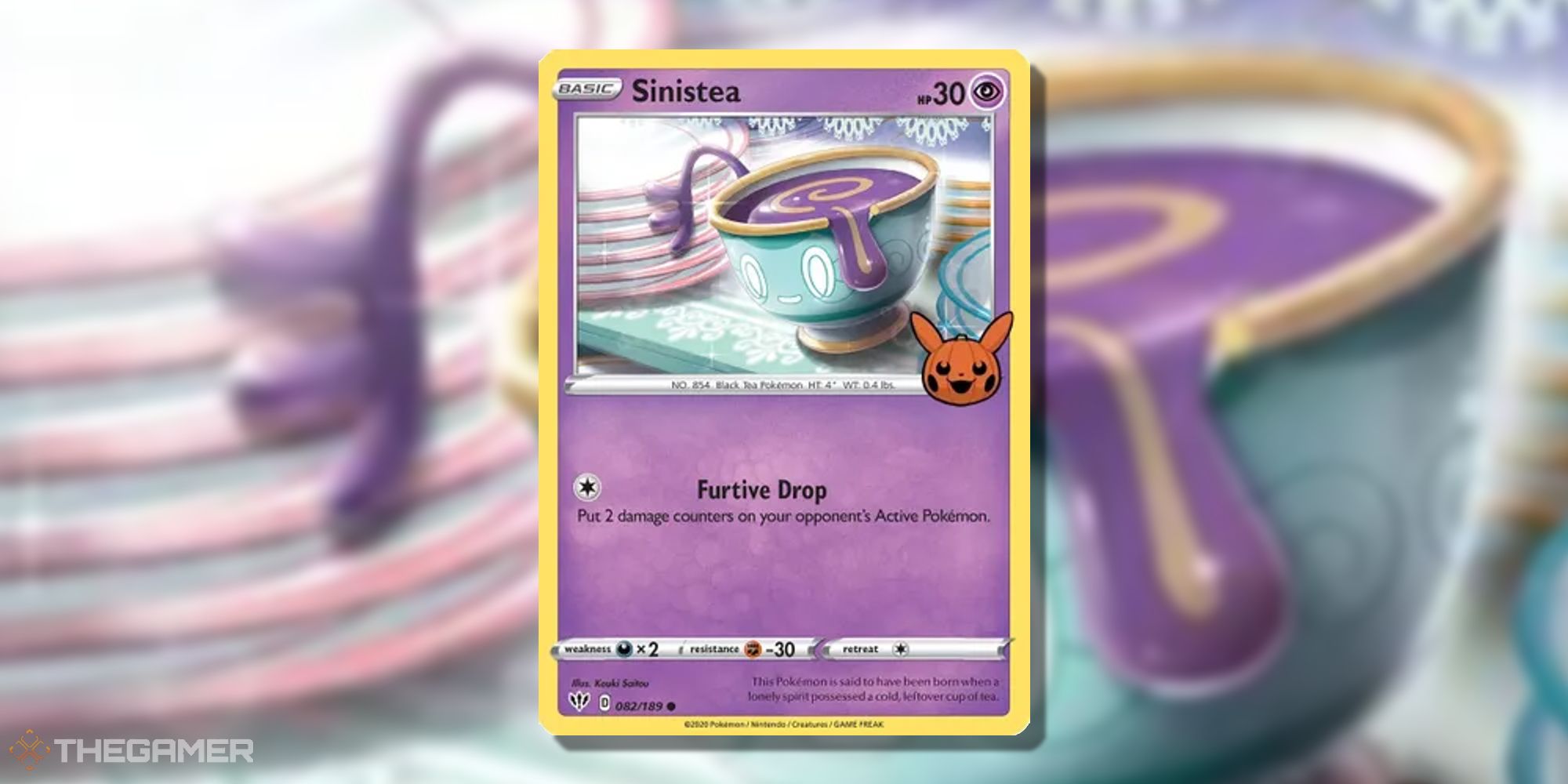 Lastly, we have Sinistea. This is a newer Pokemon, introduced in Sword and Shield. Sinistea is essentially just a haunted teacup. Although some say that it absorbs the life force of those that drink from it, there is no denying that the Pokemon is cute.

In this card, Sinistea is waiting on a shelf surrounded by plates. With its ghostly arm made out of tea extended, it seems eager to be picked up and drank from. There are not many haunted dishes in Pokemon, making Sinistea quite unique.