You are here:
Home / Pokemon Scarlet & Violet Prove That Quick Balls Are The GOAT

Pokemon Scarlet & Violet Prove That Quick Balls Are The GOAT

Quick Balls have always been the best Poke Ball in every possible way. Firstly, I’d like you to just look at it please. What a design. The bold colours, the zigzagging yellow cutting across its blue surface like lightning on a summer’s day. Then there’s its effectiveness, but I’ll come onto that later.

I’ll get a few technicalities out of the way early. I don’t count the GS Ball, because the best Poke Ball must be one that you can actually, you know, catch Pokemon with. You’re not catching anything with a GS Ball in Pokemon Scarlet & Violet, are you? Even if there’s a Celebi event, it’ll come in a Cherish Ball, I guarantee it. The same rules apply to the Leaden Ball and Jet Ball in Legends: Arceus. While yeeting the latter about was some of the most fun I’ve ever had, I have to turn Arceus back on to use them again. I want balls that cross Generations, let alone games. While we’re here, Kurt’s Apricorn Balls have always been overrated. That will probably rile up the Love Ball fandom, and the Moon Ball stans may have a point, but I stand by what I said. They were great in Gold & Silver, but they’re so last century.

Quick Balls, on the other hand, are the best thing that Gen 4 brought us – and yes, I’m including both Lucario and Cynthia in that assessment. They’re widely available, have that striking design I went on about in the first paragraph, and what’s more, they’re really bloody good at catching Pokemon. You know, the thing that Poke Balls are supposed to do? 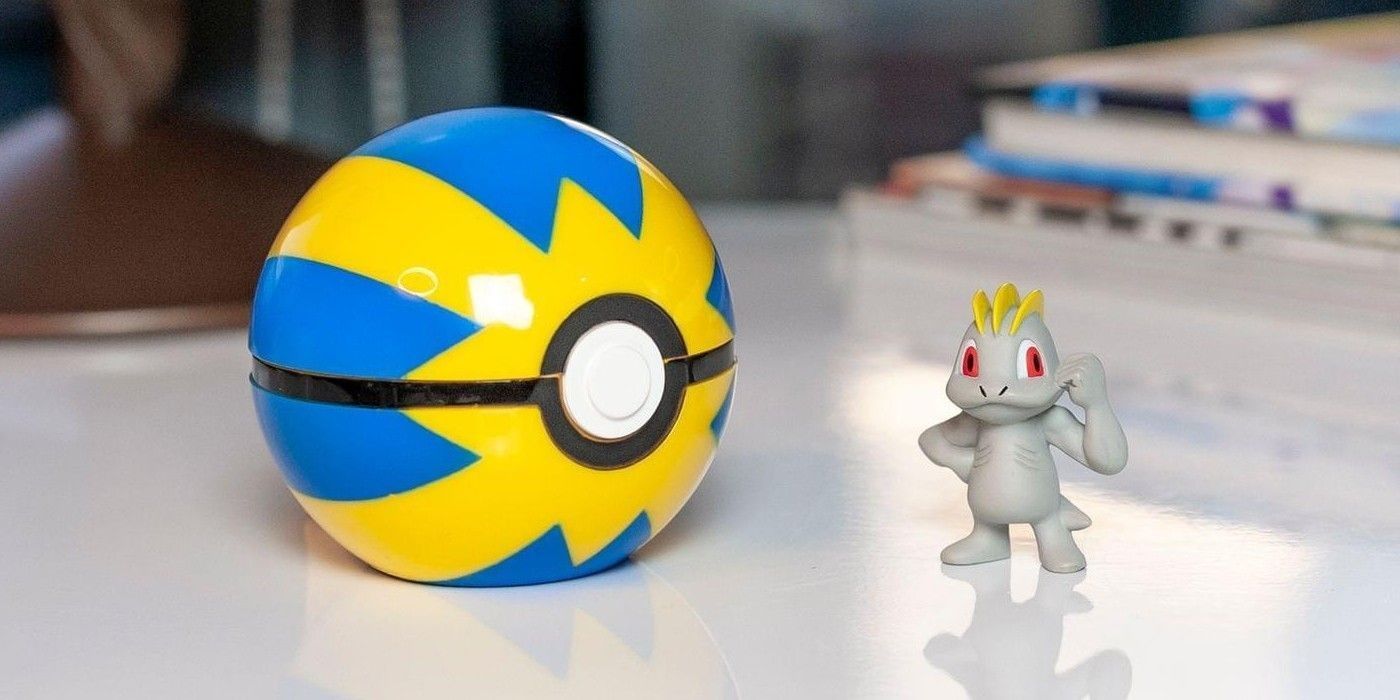 Traditionally, Quick Balls had a catch rate of four, making them four times as likely to catch a Pokemon than a regular Poke Ball. However, this only applies on the first turn of a battle, after which they revert to the standard catch rate of one. For context, an Ultra Ball has a catch rate of two. However, in Sun & Moon, that catch rate was increased to five. They’re superb at catching Pokemon, and have been my crutch in my quest to complete the Pokedex, not only making stronger monsters easier to catch, but also making the whole process far quicker than it would have been otherwise. The clue’s in the name.

If I’m catching a Pokemon for keeps, not just to tick off a number of my ‘dex, I try to match the ball to the monster’s personality. Usually I just opt for matching colours – I spent a good few hours trying to catch Wu-Chien in a Nest Ball – but Quick Balls are perfect for fast Pokemon, as Heavy Balls work well with slowcoaches. Torkoal? Heavy Ball. Shiny Charizard? Luxury Ball. Lugia? Dive Ball, maybe Premier Ball. As you can tell, I put far too much thought into the fraction of a second animation that plays when I send my monsters out to battle, but for me, it’s worth it. But beyond all that, my go-to is still a Quick Ball.