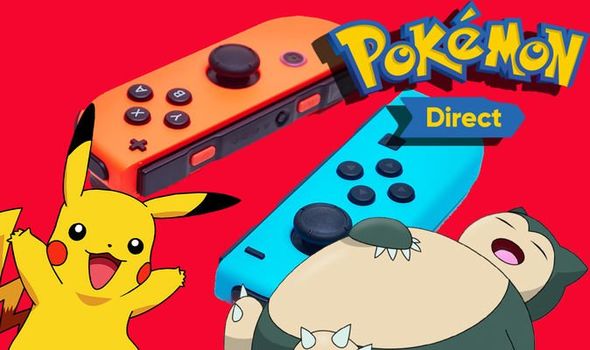 Nintendo and The Pokemon Company are getting ready to hold another Direct-style event.

Just a week after the first Pokemon Presents conference of the month, Nintendo will make even more announcements during a second live stream.

The latest Pokemon Presents event will take place at 2pm UK time on June 24. You can watch it live and in full by clicking play on the YouTube video embed below.

The news was confirmed by Nintendo on Twitter: “Tune in for another Pokemon Presents video on June 24 at 6:00 A.M. PDT for a big announcement from the world of Pokemon.”

Pokemon fans were treated to a host of big announcements during the first Pokemon Presents, including official confirmation that Pokemon Snap will return for Nintendo Switch.

Elsewhere, Pokemon Smile was announced for iOS and Android, while Pokemon Cafe Mix was unveiled for Nintendo Switch, smartphones and tablets

Speaking of Sword and Shield, there’s a good chance the next Pokemon Presents will include a release date for Crown Tundra.

The second Sword and Shield DLC currently has an autumn release window, so expect Nintendo to narrow it down even further.

“Lead an expedition in the snow-swept realm of the Crown Tundra and unravel the mystery of the Legendary Pokemon Calyrex who once ruled over it,” reads the official description.

“Through a new form of co-op play, your voyage will even allow you to explore deep within Pokemon Dens, which you could only previously get a glimpse of during Max Raid Battles.

“You may even see Legendary Pokemon from past games Dynamaxing before your eyes, and you’ll be able to catch them!”

Of course, it’s possible Nintendo and The Pokemon Company will have one or two additional surprises for fans of the franchise.

Fans have speculated that remakes of beloved Pokemon classics could be announced during the stream.

It’s also possible we’ll find out more about Pokemon Sleep, and perhaps get an update on the Detective Pikachu Switch game.