You are here:
Home / Pokemon Legends: Arceus – Where To Find Crunchy Salt

Pokemon Legends Arceus shakes up the Pokemon formula with a huge bevy of new additions that turn the game into a fully-fledged open-world experience. This includes a whole host of new items that are used for catching, distracting, and even feeding Pokemon.

Crunchy Salt is one of these items – a favorite of many Rock and Grass-type Pokemon that you'll need to feed to complete their Pokedex entries. In addition, you'll have to grab a few to complete a crucial quest that expands the shop at Jubilife Village.

Where To Find Crunchy Salt 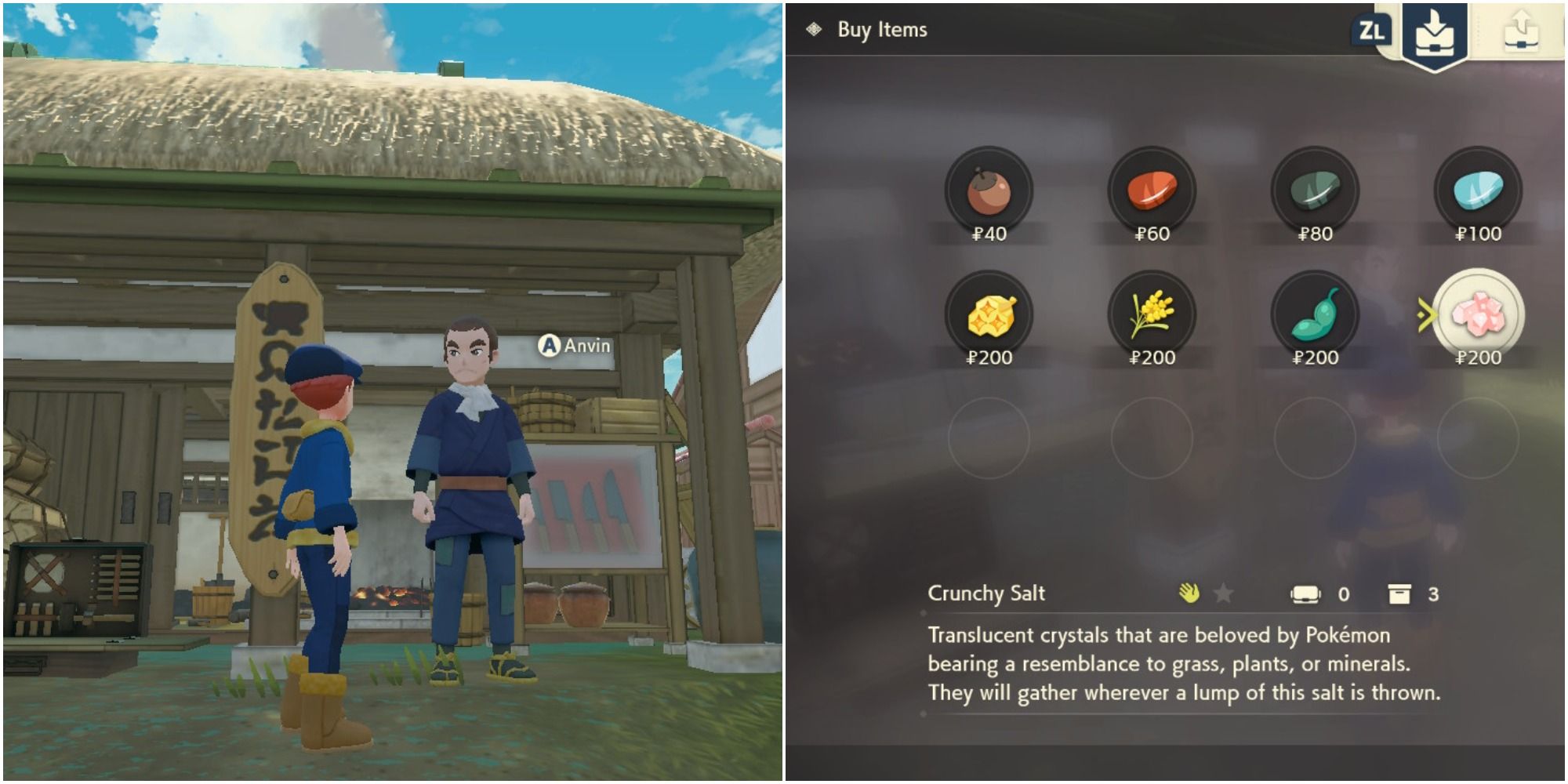 There are two ways to get Crunchy Salt in the game, one is simple but costs money, and the other is time-consuming but free.

The first way is to simply purchase the item from Anvin in Jubilife Village, the man who sells crafting components and crafting recipes. He sells Crunchy Salt for 200 Poke Dollars a pop. 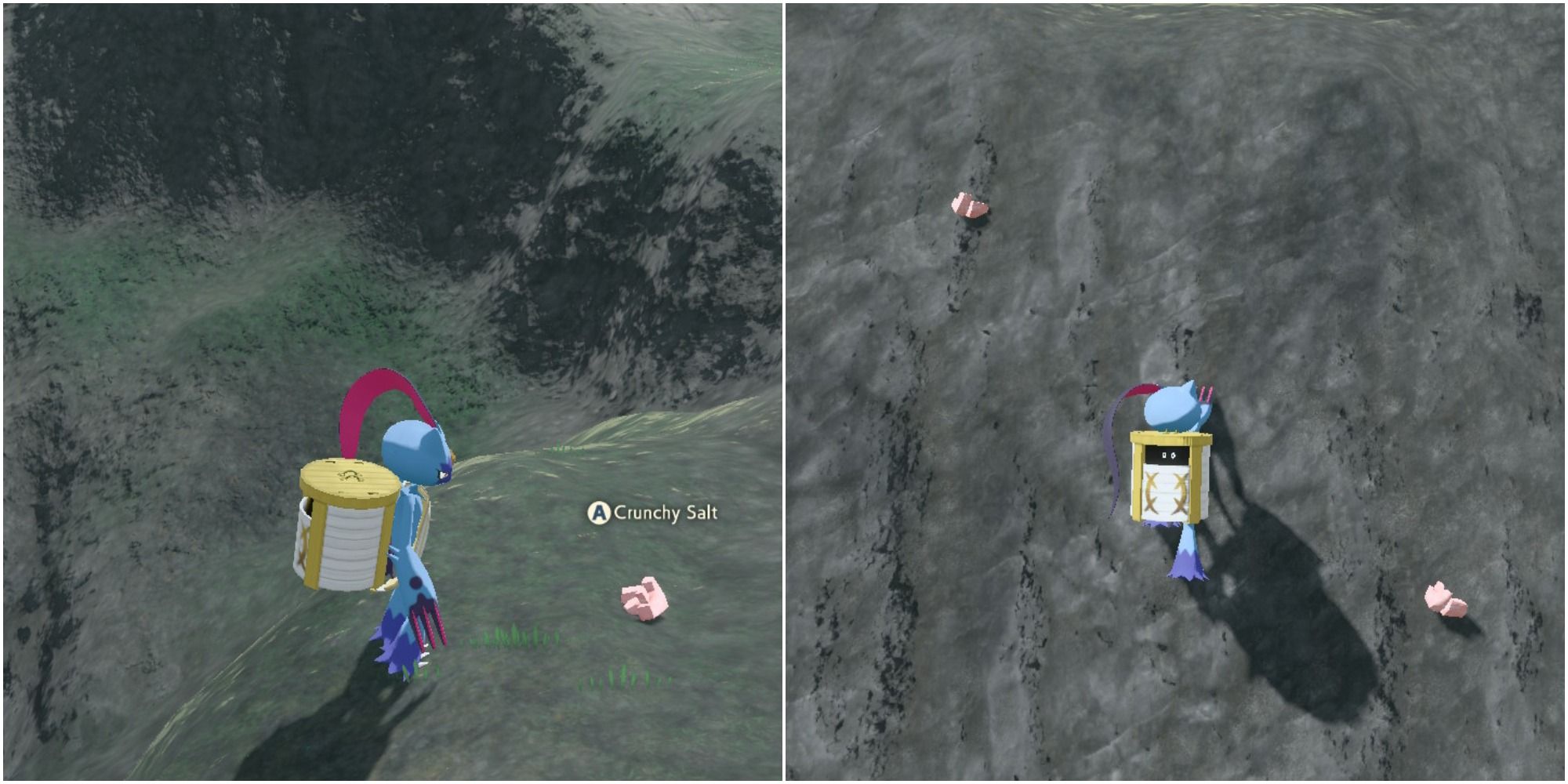 If you don't have the money to spare, however, you can also nab some Crunchy Salt directly from the source: Coronet Highlands. You'll probably need Sneasler as a Ride Pokemon to make it work, though.

In Coronet Highlands, you'll find small clusters of pink rocks as you climb higher up the map. While you can find it on the ground in some places, it's far more common to find Crunchy Salt as small outcroppings on the sides of cliffs. This is where Sneasler comes in – summon it as a Ride Pokemon and scale some cliffs – in no time at all you should have plenty of Crunchy Salt, perfect for feeding the more mineral and plant-type Pokemon.

It does appear that Crunchy Salt is more common the further up you go on Mount Coronet, so head to the northern half of the map if you want to get the most Crunchy Salt for your time investment!