There are times when Pokemon Legends: Arceus is through messing around. Several characters near the beginning of the game threaten the player character with exile should they fail to prove themselves useful, and that sets the tempo for the times when you'll be out on your lonesome merrily exploring Hisui when along comes a roving band of Geodudes with murder in their eyes.

Electric-types can't help you much when that happens, but they're plenty powerful elsewhere. Any trip to the Cobalt Coastlands, for example, is certain to involve scrapes with Water Pokemon. And if you're tired of all those Flying-type Pokemon dive-bombing you before you can make a clean getaway, Electric has you covered.

During your excursions, you'll catch dozens of Pokemon from every type in the game. But if you're looking to make more permanent space on your roster for one of the best Electric-type friends in Pokemon Legends: Arceus, check out these six fine specimens. 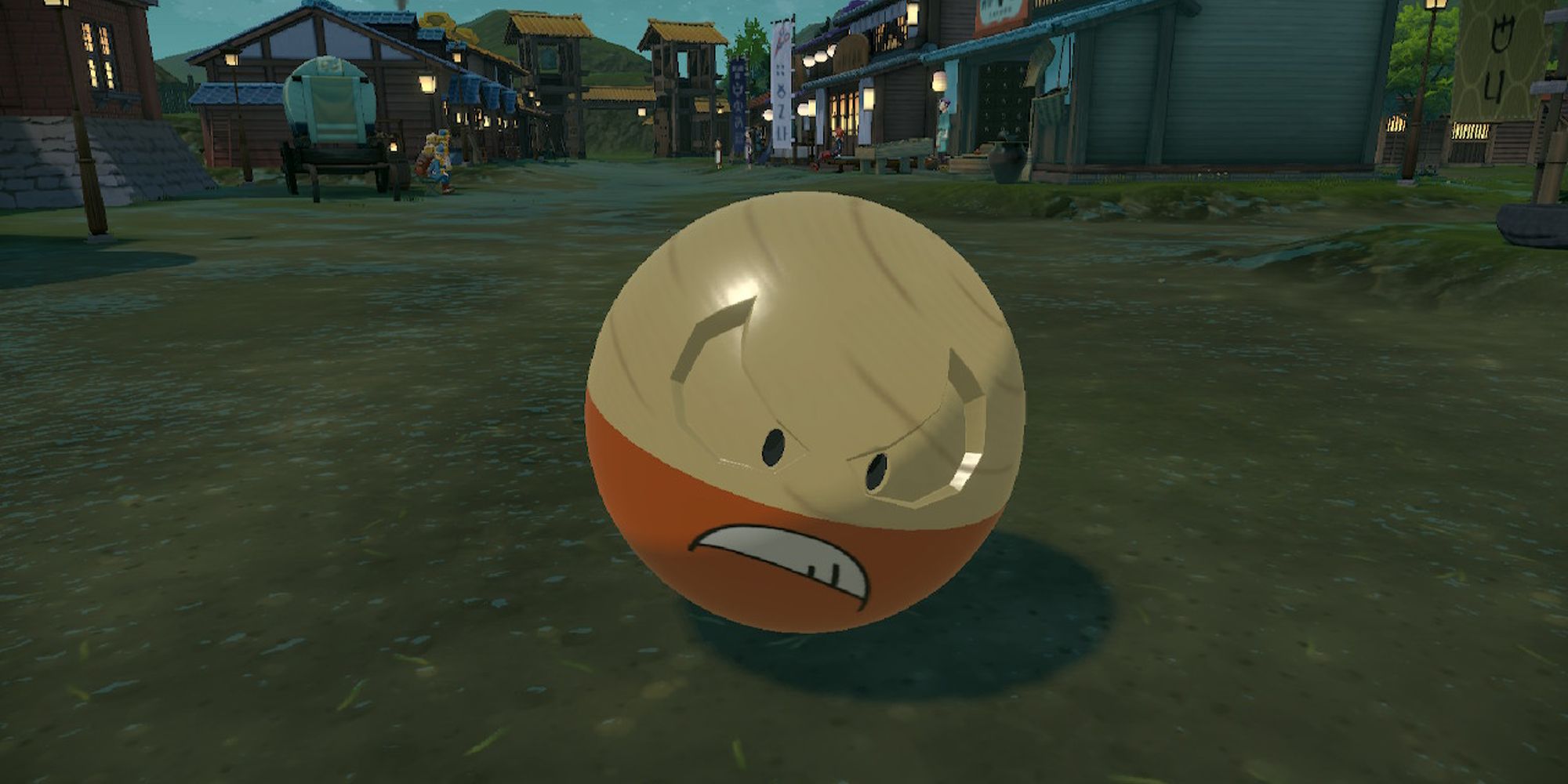 From a design perspective, Hisuian Electrode is wonderful. It tries so hard to be threatening, but the whole thing feels off. Sometimes, it's downright worried. We suspect that Hisuian Electrode will prove popular for years to come as a positive icon for overcoming stress and anxiety. That's great.

In other respects, Hisuian Electrode is not quite so mighty. While its stat spread puts an obvious emphasis on a level of speed that only four Pokemon in the entire series surpass — Ninjask, Pheromosa, Deoxys (Speed Form), and Regieleki, if you're wondering — its low HP is frankly damning in a game where foes hit as hard as they do. This is still a better choice than some of Legends: Arceus' other offerings, but poor Electrode is outclassed by what's to come. 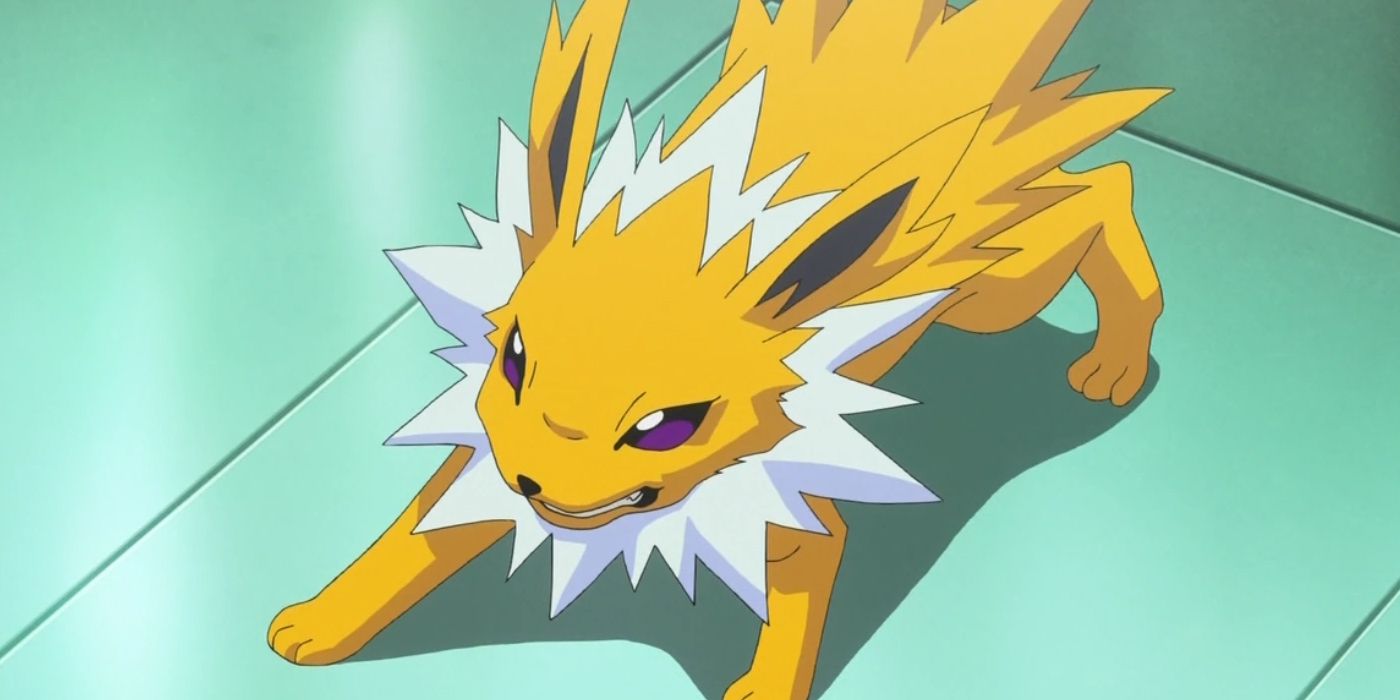 Did you know you can catch Eevees as early as the first few steps you take into the wilderness? It's true. And with Thunder Stones readily available at Jubilife Village (so long as you're willing to spend some time grinding out Merit Points), Jolteon is one of the first Electric-type Pokemon in the game.

The only way Jolteon's Speed stat can possibly appear underwhelming is if someone just got done looking at Electrode's. Alas, that probably happened. Make no mistake, 130 is amazing; this still puts the zappy little fox well ahead of the vast majority. A high Special Attack lets Jolteon blast off some Thunderbolt action while staying ahead of the curve.

There's one downside here, and it's considerable. Jolteon's HP and Derfense are going to be problematic for players throughout Legends: Arceus. It's a tradeoff, and at times, it's in your favor. But not always. 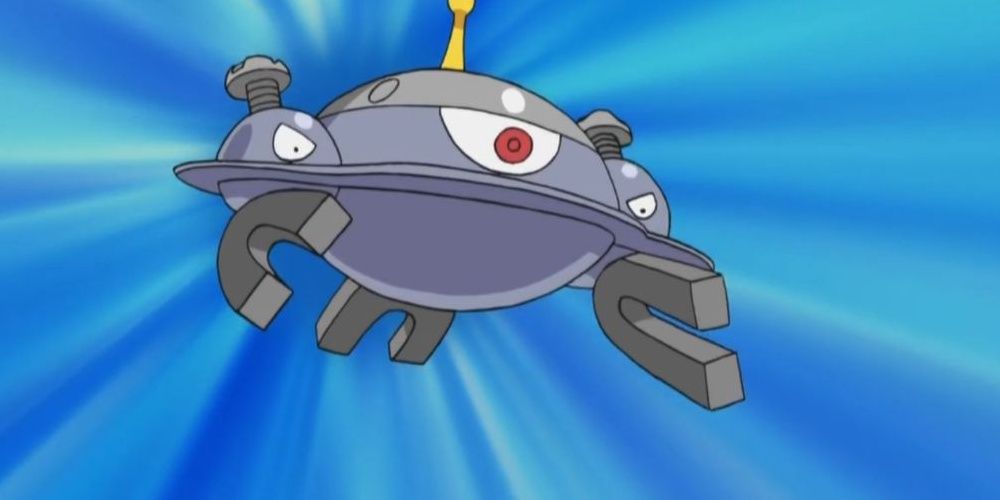 Magnezone's below-average HP stands in stark contrast to its above-average Defense. It still balances out in the big fellow's favor, especially since Magnezone has access to various buffs to keep it on the field for a prolonged period. If Legends: Arceus followed the competitive multiplayer scene, with Abilities, Held Items, and the like, Magnezone would be an absolute monster.

Without those bells and whistles, it's still a pretty great pick. Magnezone nukes Water-types and Flying-types out of the running, and its Special Attack scene is high enough that you might well one-shot Pokemon of neutral types at roughly the same experience level. Just some advice: don't bother with Agile Style. Magnezone is outpaced by most of the Hisuian Pokedex. Getting the occasional two turns in isn't worth the decrease to its main strength. 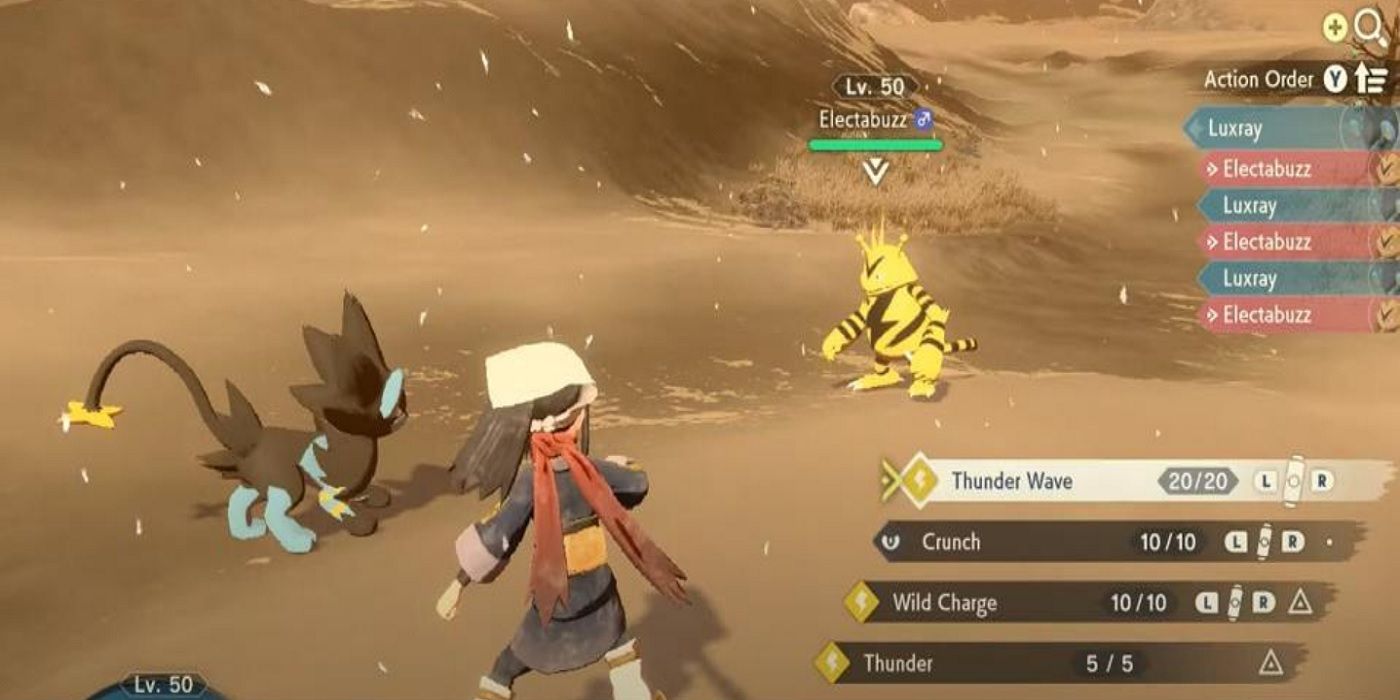 Luxray, like Jolteon, can be raised within moments of booting up Pokemon Legends: Arceus. Well, to be clear, it's Shinx that you'll find all over the place in the first region. Shinx evolves into Luxio, who then evolves into Luxray. Remember that you can grab some extra experience points flinging your active Pokemon at berry trees and quarries. Level 30 will take some time, but if you're using this offensively-oriented pal on the regular, you'll have its final form soon enough.

It's unusual for an Electric-type to sacrifice Speed for Attack, but that's part of Luxray's charm. It is, after all, modeled after a lion. (Not that lions can't run, but you get the point.) 120 Attack and 95 Special Attack affords Luxray some special-based coverage if necessary, but it's far better to capitalize completely on physical output with moves like Thunder Fang and Crunch. The latter provides solid Dark-type coverage when you need it. 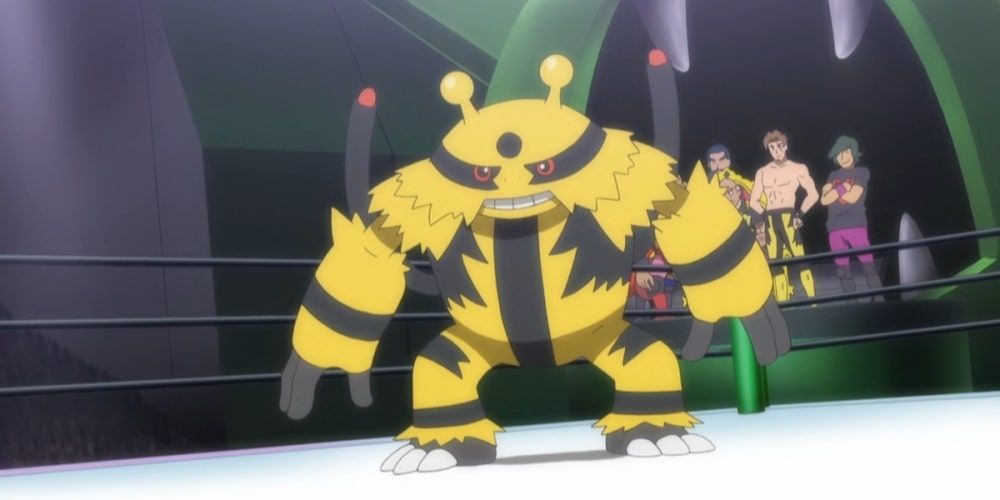 If you plan on playing the game until your entire Pokedex is complete, that will still give you lots of time with Electivire. If, instead, you just want to beeline the main story and its postgame continuation, you'll likely want another Electric-type by your side earlier on. And if you form a lifelong attachment to that temporary Pokemon in the meantime, we understand. Tough luck, Electivire. 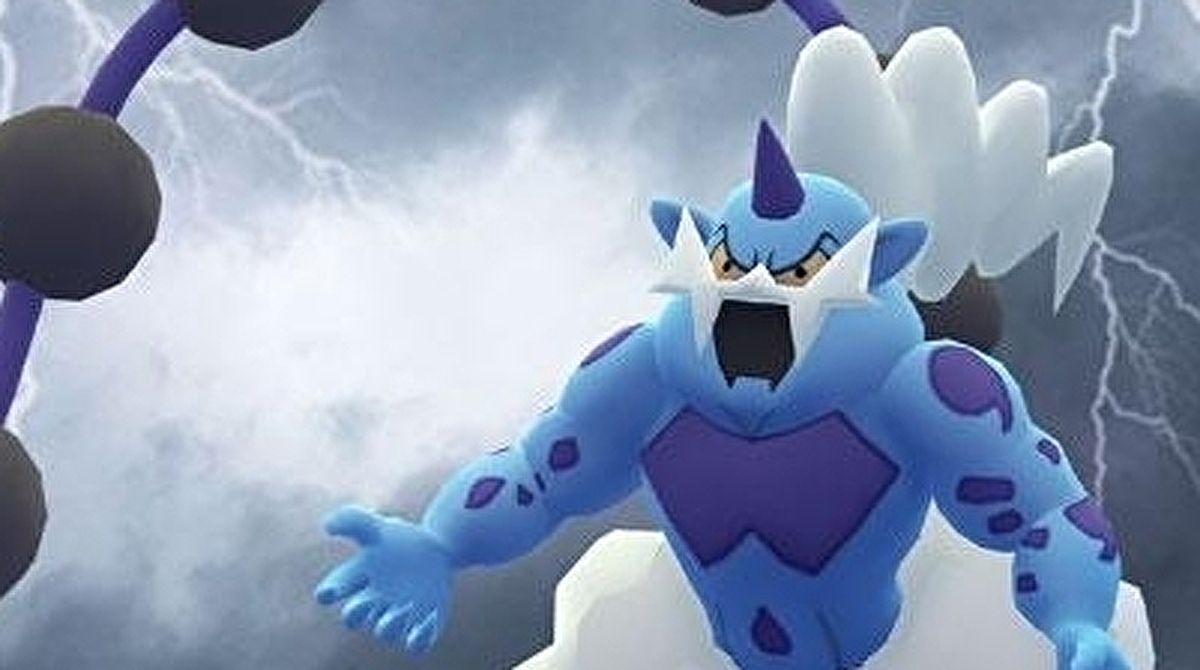 The best Electric-type Pokemon in Legends: Arceus is Thundurus, one of the quartet of Legendaries called the "Forces of Nature." With a term like that, it would have been a tad awkward if these four were statistically underwhelming, so it's good to know they meant what they said here.

Thundurus' Therian Form, which you can switch between as soon as you've caught all Forces of Nature, is the superior of the two. Cranked-up Special Attack at the cost of a minor loss in Speed? That'll do nicely. And since it's Electric/Flying, Thundurus can take advantage of powerful special-based Flying-type moves that few in the game can. Needless to say, the amount of time it takes before you can add Thundurus to your party works against it. But if you're simply looking to build the most powerful party in Pokemon Legends: Arceus, this genie will help grant your wish.