You are here:
Home / Pokemon Legends: Arceus – How To Raise Friendship

Friendship has been an important part of the Pokemon games almost from the beginning. Different generations have offered various ways to increase a Pokemon's friendship level toward the trainer, from haircuts in Johto to a playful cuddling minigame in Kalos. If we're being honest, it's rarely made complete sense — how exactly does one give a Kyogre a haircut, for example, and what do other people on the commuter bus think of us when we're wiggling our stylus to make Gardevoir blush — but whatever, it's fun.

Pokemon Legends: Arceus handles the Friendship mechanic in a fresh fashion. No longer will your buddies fight harder and dodge deadly attacks in honor of your bond. These aspects, which have arisen in recent generations, draw some degree of controversy for potentially making the games too easy. The more challenging battles in Legends: Arceus make no room for festive displays of affection, but there's still good reason to raise the stat.

As has been the case since the days of Gold & Silver, certain Pokemon will only evolve through maxed-out Friendship. And with such a focus placed on filling out Pokedex pages, you pretty much have to evolve those Pokemon to complete the game. Here's how to form unending bonds of trust and love with your monster friends, at least until you store them away in Pokemon Home for six years. So it goes. 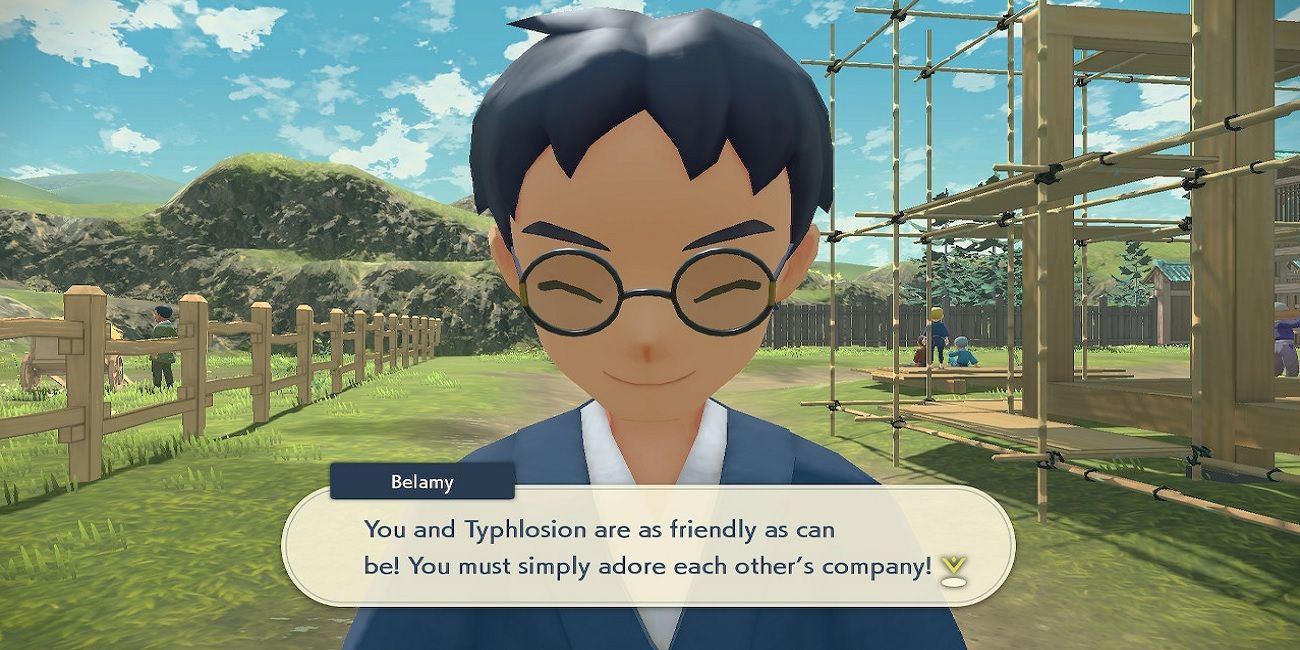 This guy, this Belamy, is pretty much psychic. The game doesn't say so flat-out, but it's patently obvious. He's the fellow players need to speak with to learn their Pokemon's Friendship rating. It would be great if he hung out in Jubilife Village from the start of the game, but he doesn't.

Belamy shows up after players defeat Kleavor, Legends: Arceus' first Noble Pokemon boss battle. This occurs at the climax of the Obsidian Fieldlands' plot events, so thankfully, he pops up rather early. As a quick side note, it's worth keeping in mind that several NPCs will only appear in Jubilife after specific points in the story. Belamy's just the first of them.

You'll find Belamy right near the pasture. All you need to do to unlock Friendship-checking is to speak with him. This activates the 'Measuring Your Compatibility' sidequest, which is finished as soon as you show him a Pokemon with 255 Friendship.

He'll rank your attachment to each Pokemon you show him accordingly: 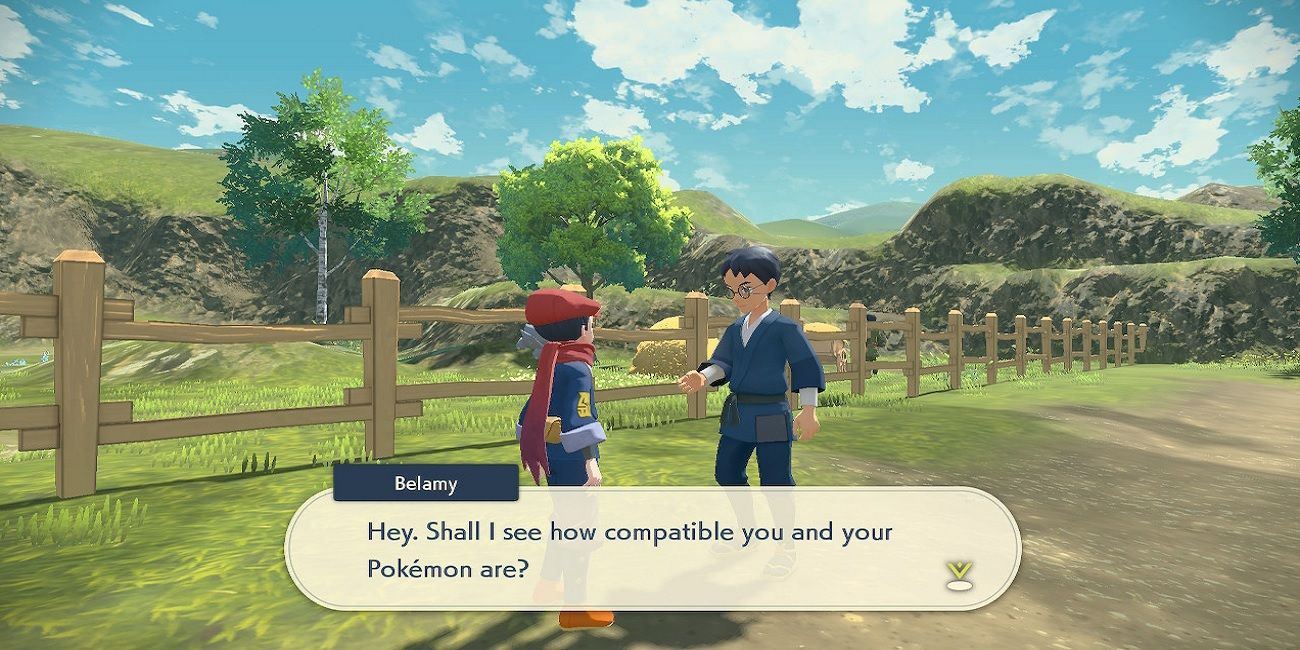 There are several ways to raise the Friendship stat in Legends: Arceus. None are quite as in-depth as some entries have provided, but then, this game has its own bold take on the series. Reducing things to their minimum here makes sense.

Not so bad, right? Now, which Pokemon require a maxed Friendship stat in order to evolve? There are 13 in all, so you'll be having chats with your friendly neighborhood Belamy at least a dozen or so times.

This means Friendship is your ticket to the following Pokemon: Espeon, Umbreon, Sylveon, Crobat, Snorlax, Togekiss, Roselia, Blissey, Clefairy, Lucario, Lopunny, Pikachu, and Chimecho. Some of these can be found in the wild, while others can only be obtained through this fashion!