You are here:
Home / Pokemon Legends: Arceus – Every Boss And How To Beat Them

Pokemon Legends: Arceus – Every Boss And How To Beat Them

Pokemon Legends: Arceus is finally here, narrating the adventures of a pokemon trainer during the beginning of the Sinnoh region, formerly known as Hisui. Within the many challenges you will face during this game, you will have several critical battles and trials that will test your skills and perseverance against many foes.

Related: Pokemon Legends Arceus Preloads Are Now LiveFrom Noble Pokemon to Commander Kamado and the Trials of the Lakes, this game will put you against many powerful rivals, and if you want to be up to the task, you must be prepared. Here's everything you need to know about every boss battle in Pokemon Legends: Arceus.

How To Beat Kleavor

Being the first Noble Pokemon, Kleavor will present a fair fight that will teach you the concept of Balms and how do they work, so you can calm the frenzy of the rest of Noble pokemon. Kleavor will either try to close the distance with a swirling attack or use stone spikes to attack from afar. Try to keep yourself out of his line of attack and evade if necessary, while throwing balms until he gets stunned.

Once Kleavor gets stunned, you will be able to send a pokemon to fight against him. Since Kleavor is Rock/Bug-type, Rock, Steel, and Water attacks will prove the most effective, so try to prepare your team accordingly. Successfully defeating him in battle will leave Kleavor vulnerable enough so you hit him with more Balms, and after that, it's just a matter of repeating the process until the fight is over.

The next noble will be Liligant, a Grass/Fighting pokemon that will display some serious dance moves. She will jump across the (very small) arena you'll find yourself in, and you must avoid being wherever she lands, you will get serious damage inflicted. After a while, she will send a shockwave that you must evade as well, and if you avoid her moves correctly and keep throwing balms, you will get her stunned.

Once Liligant is vulnerable, you will be able to send a pokemon to fight against her. Since she's a Grass/Fighting type, Fire, Flying, Ice, Poison, and Psychic will tremendously damage her, so you have many options you can employ at the moment of preparing your team. After defeating her, she will recover and you just have to repeat the process until the fight ends.

How To Beat Arcanine 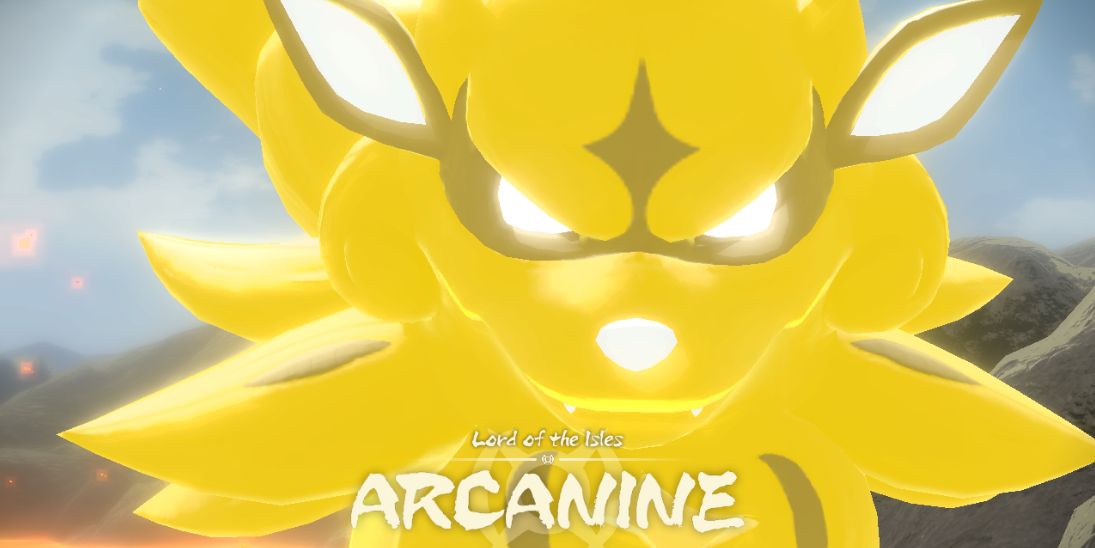 Next will be the hisuian form of Arcanine, a massively strong pokemon that will face you on a very complicated arena. This noble will charge at you at full speed, and since the arena is very complicated to run around, you must keep yourself in one extreme of whatever section you chose, to quickly evade to the opposite side as soon as his charging move begins. After a while, Arcanine will fill the center of the arena with fire, further limiting your movement. However, if you pay close attention and succesfully avoid, you can find great gaps to throw balms and stun him.

Once Arcanine is vulnerable, you will be able to send a pokemon to fight against him. Since he's a Fire/Rock type, Water, Fight, Ground and Rock will pull some serious damage, so you have many options you can employ at the moment of preparing your team. After defeating him, he will recover and you must repeat the process until the fight ends.

How To Beat Electrode 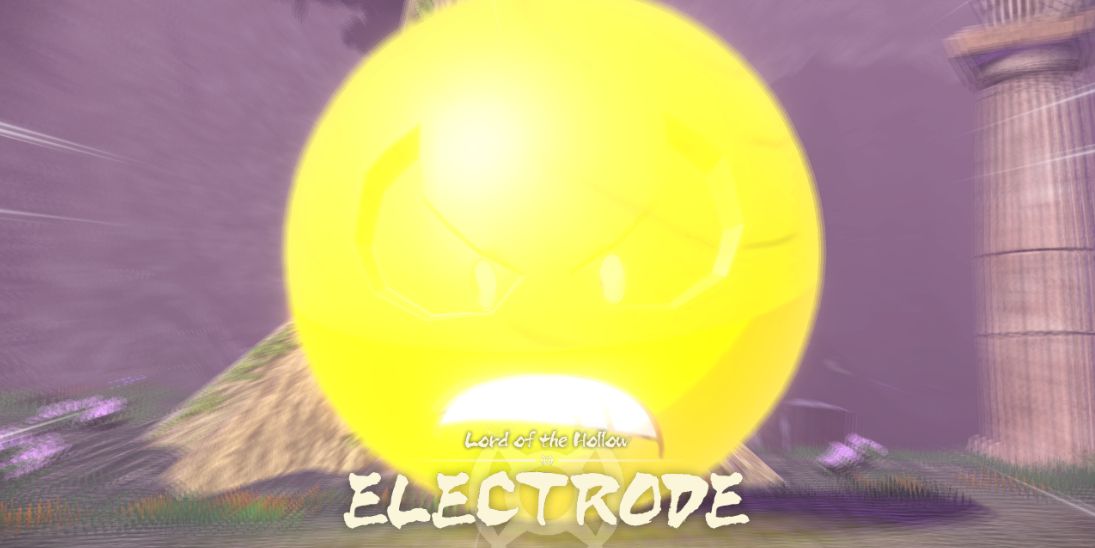 The fourth noble pokemon will be Hisuian Electrode. This boss battle will demand you to keep moving at all times, since the lightning and energy balls that Electrode will shoot at you will never stop chasing you until they either hit you, or Electrode explodes, stunning itself. Keep in mind that you need to avoid the area of effect of that explosion, but once it's done, you will be able to send a pokemon to battle with electrode.

Since this pokemon is a Grass/Electric type, Water, Fight, Ground and Rock will pull some serious damage, so you have many options you can employ at the moment of preparing your team. After defeating him, he will recover and you must repeat the process until the fight ends.

How To Beat Avalugg 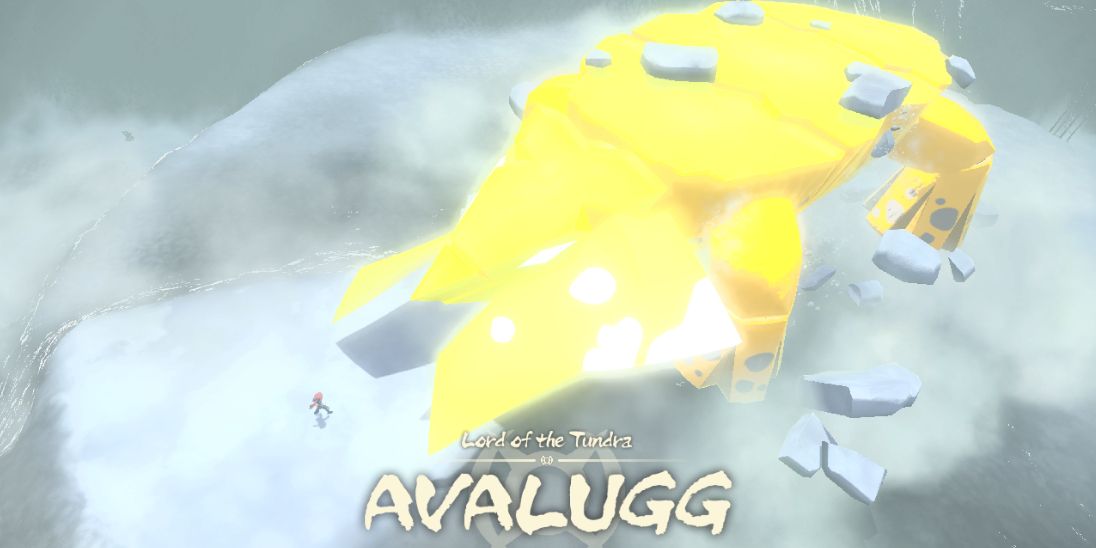 The fifth and last noble pokemon will be the gigantic hisuian Avalugg. This will be the hardest of all the noble fights by a long shot, and you need to keep constant attention on Avalugg to avoid the following moves:

Once the sequence of attacks is over, Avalugg will be vulnerable for a very short time compared to the other nobles, so be quick and send a pokemon to fight him. After you defeat it in battle and hit him with enough balms, the sequence will change a bit, everytime getting harder and harder until the fight ends.

How To Beat Uxie's Trial

As soon as you enter Lake Acuity's cavern, you will be received by an Alpha Hisuian Zoroark. Since this pokemon is a Ghost/Normal-type pokemon, Dark-type moves will be more effective against it, so prepare yourself accordingly. Once you're done fighting, Uxie will present you a quiz, asking you to input a number sequence based on the number of eyes belonging to the following pokemon: Combee, Zubat, Unown, Magneton, and Dusclops.

Tip: If you feel lazy or want to solve this riddle quickly, the sequence is 60131.

Once you're done with the quiz, Uxie will reward you with the key item "Uxie's Claw", a necessary part to craft the Red Chain.

How To Beat Azelf's Trial

As soon as you enter Lake Valor's cavern, you will be received by an Alpha Overqwil. Since this pokemon is a Dark/Poison-type pokemon, Ground moves will be more effective against it, so prepare yourself accordingly. Once you defeat it, Azelf will present you a test.

He will challenge you to hit him with balms, and the truth is that it will be impossible. However, you must keep going, since the test is about your perseverance, and not if you're able to hit him or not. Once he's satisfied with your answers, he will reward you with the key item "Azelf's Fang", a necessary part to craft the Red Chain.

How To Beat Mesprit's Trial

As soon as you enter Lake Verity's cavern, you will be received by an Alpha Goodra. Since this pokemon is a Steel/Dragon-type, Fighting and Ground-type moves will be more effective against it, so prepare yourself accordingly. Once you defeat it, Mesprit will test you.

This test will consist on Mesprit asking you how you felt during certain moments of your journey, and it doesn't seem to have wrong choices, as long as you accept to tell it your feelings at the beginning. Once the questions are answered, you will obtain the key item "Mesprit's Plume", a necessary part to craft the Red Chain.

How To Beat Beni 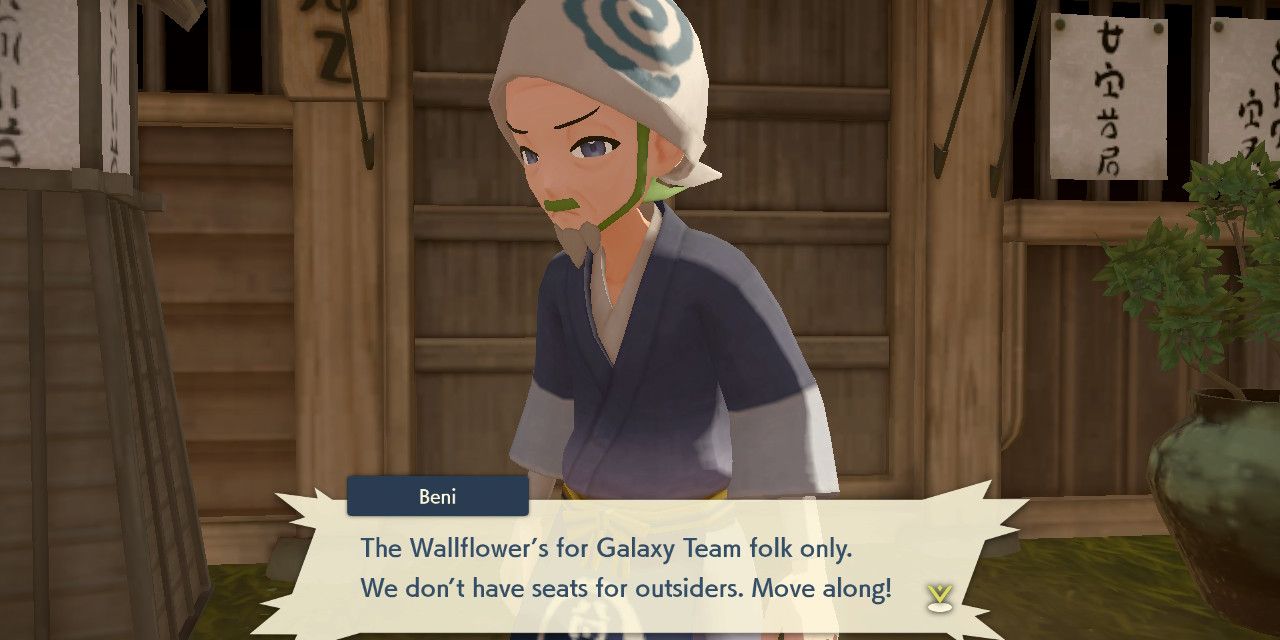 Right before arriving at Mt.Coronet Summit, old man Beni will be waiting for you, revealing a ninja outfit and unexpectedly challenging you to a battle. His pokemon team is the following:

For this fight, you won't need a greatly dedicated team, since a good Ghost-type move will wipe most of Beni's party, and for Sneasler any Psychic-type move will probably one-shot it. Just don't be reckless and pay attention to the styles you use (don't give them too many extra turns), and you should be fine.

How To Beat Commander Kamado 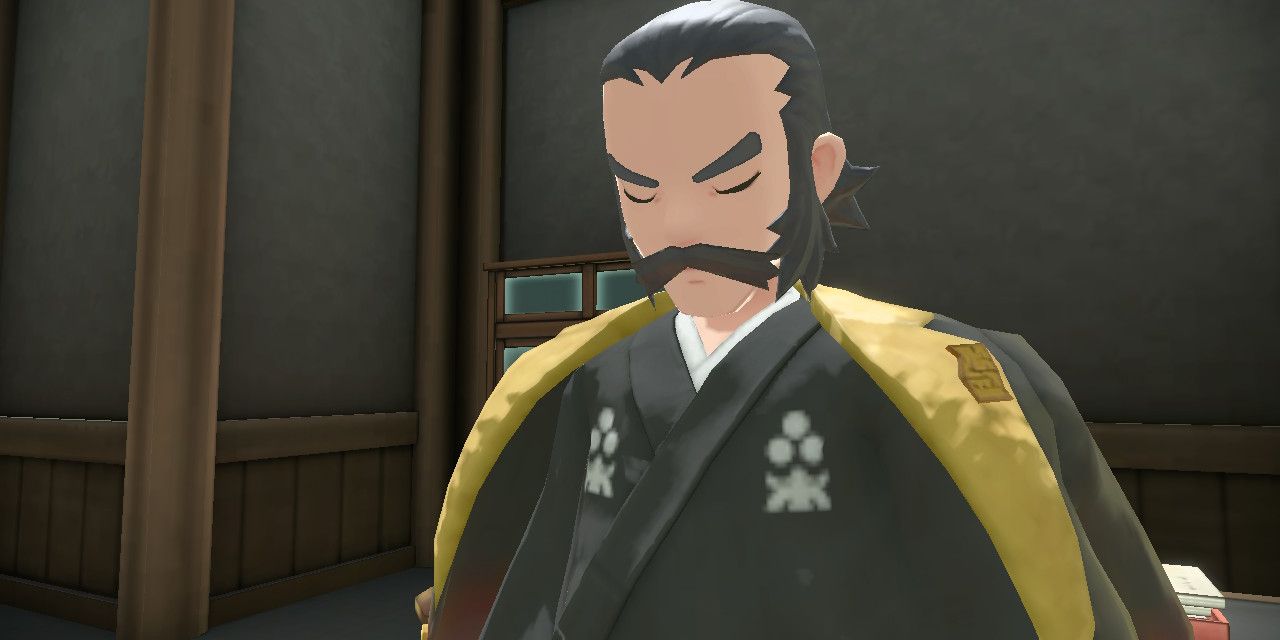 After the intense battle against Beni, Commander Kamado will test his strength against yours, in a sheer display of stubbornness. His pokemon team will be composed of the following:

While most of the time it will be a short fight, don't forget to set up your items and team accordingly before approaching Kamado, otherwise his party can inflict serious damage if you're unprepared. Given the types of his pokemon team, your party will be better suited if you use Steel, Fighting, Water and Dark-type moves, since those will be more effective at dealing with this fight.

How To Beat Dialga And Palkia

As you arrive to the Mt.Coronet summit, you will find the space-time distortion that is causing a lot of trouble across the region of Hisui. Depending on who you sided with shortly before, Irida or Adaman, Palkia or Dialga will jump out of the rift first, with the other one following right after the first battle ends. Both fights can be difficult if you don't pay attention, so don't forget to bring Dragon and Fairy-type pokemon to successfully defeat Palkia, and Fighting and Ground-type pokemon to deal with Dialga.

How To Beat Volo And Giratina 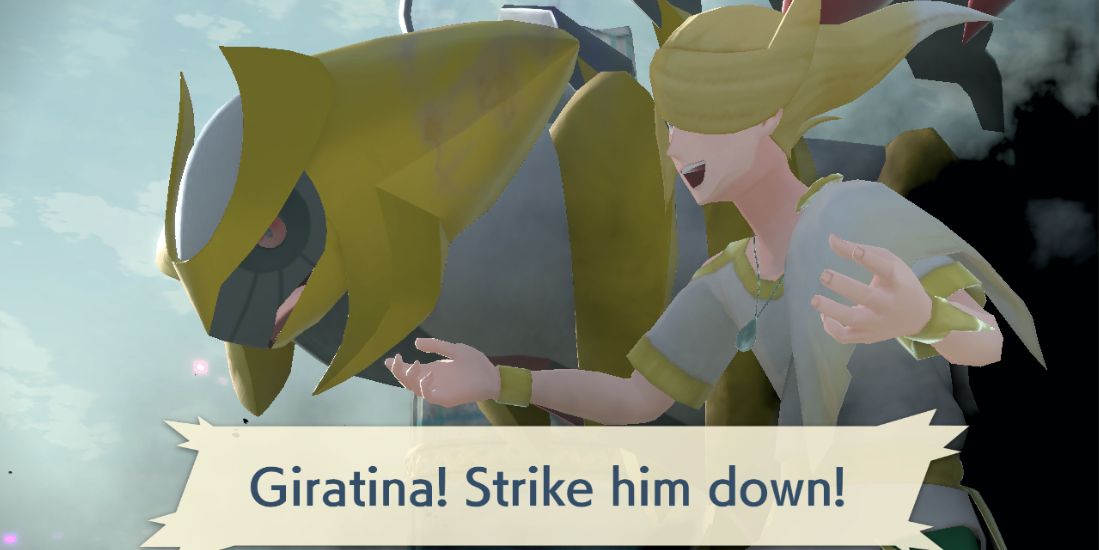 Ok, this is it. This battle will face you against the true villains of the game, Volo and his partner Giratina. This fight will be the hardest of the game by far, since it will be your party against Volo's party, then two more fights, with no healing in between. The full list of enemies goes as follows:

For this fight you must be extremely prepared, so craft as many Revives and Max Potions as you can, because you will need them for sure. Keeping in mind Volo's party typing, you will need a team that can inflict extra damage to all those types without being too vulnerable in the type-matchup at the moment of receiving damage. After defeating Volo's party, he will enrage and send his true partner, Giratina, which will fight you twice, first in its Altered mode, and then in its Origin mode. Once you defeat the second phase of Giratina, the fight will be finally over.