One of the original 15 Generation One types, Ground-Pokemon have garnered a reputation as a collection of powerful beasts that possess a diverse repertoire of physical moves. Since the first batch of Pokemon games, Ground-type Pokemon have remained relatively static in terms of move changes or characterization differences, yet they remain fairly useful on competitive teams for the matchups they create and the damage they can shell out.

In Brilliant Diamond and Shining Pearl, Ground-type moves can come in handy, especially considering there are a handful of gym leaders and Pokemon league members that have glaring weaknesses against Pokemon deriving from the crust of the earth. These moves especially could be a lifesaver in the high leverage battles that appear on your journey to conquer the Sinnoh. 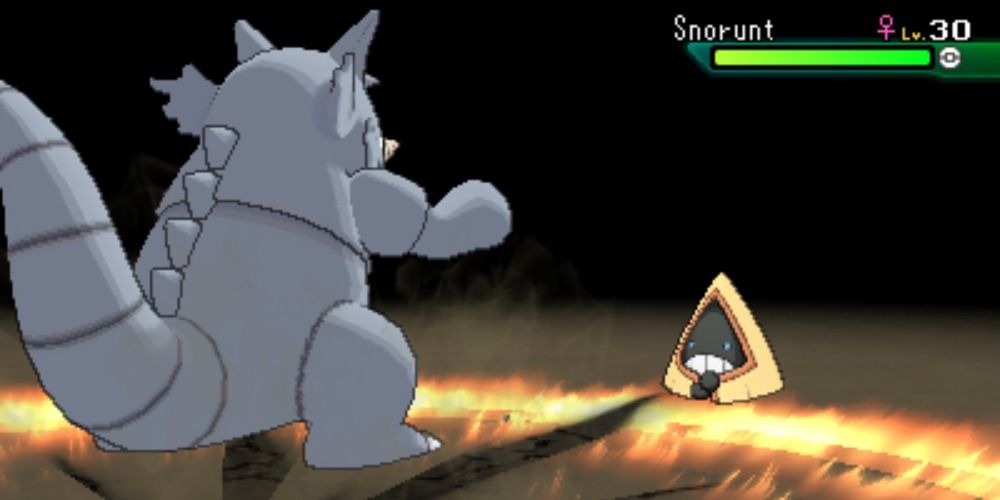 A move that shows your Pokemon steamrolling the opponent in front of it, Bulldoze is a highly physical move that guarantees to lower the Speed stat of the Pokemon hit for the remainder of the battle.

By smashing the ground beneath it, the move sends shock waves in every direction hitting the opponent every time it is used with a smashing 60 power rating backing it. 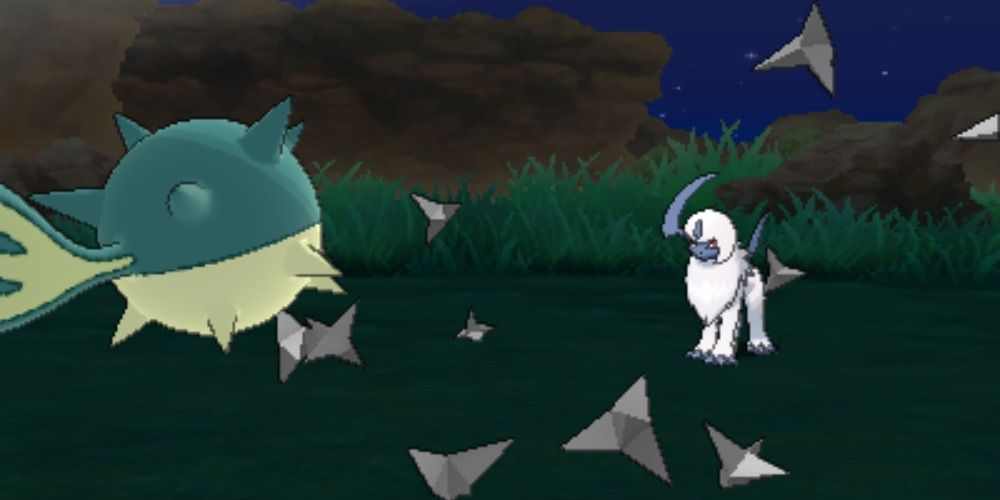 One of two Ground-type status moves available to learn in the game, Spikes is a fantastic move to prevent your opponent from constantly switching out Pokemon.

When Spikes is used, your Pokemon will throw a ring of rough spikes forming a circle around the enemy team that deals damage every time a party member is switched out. The spikes remain there for the entire battle, dealing damage to ground-level Pokemon similar to a burn or poison effect. 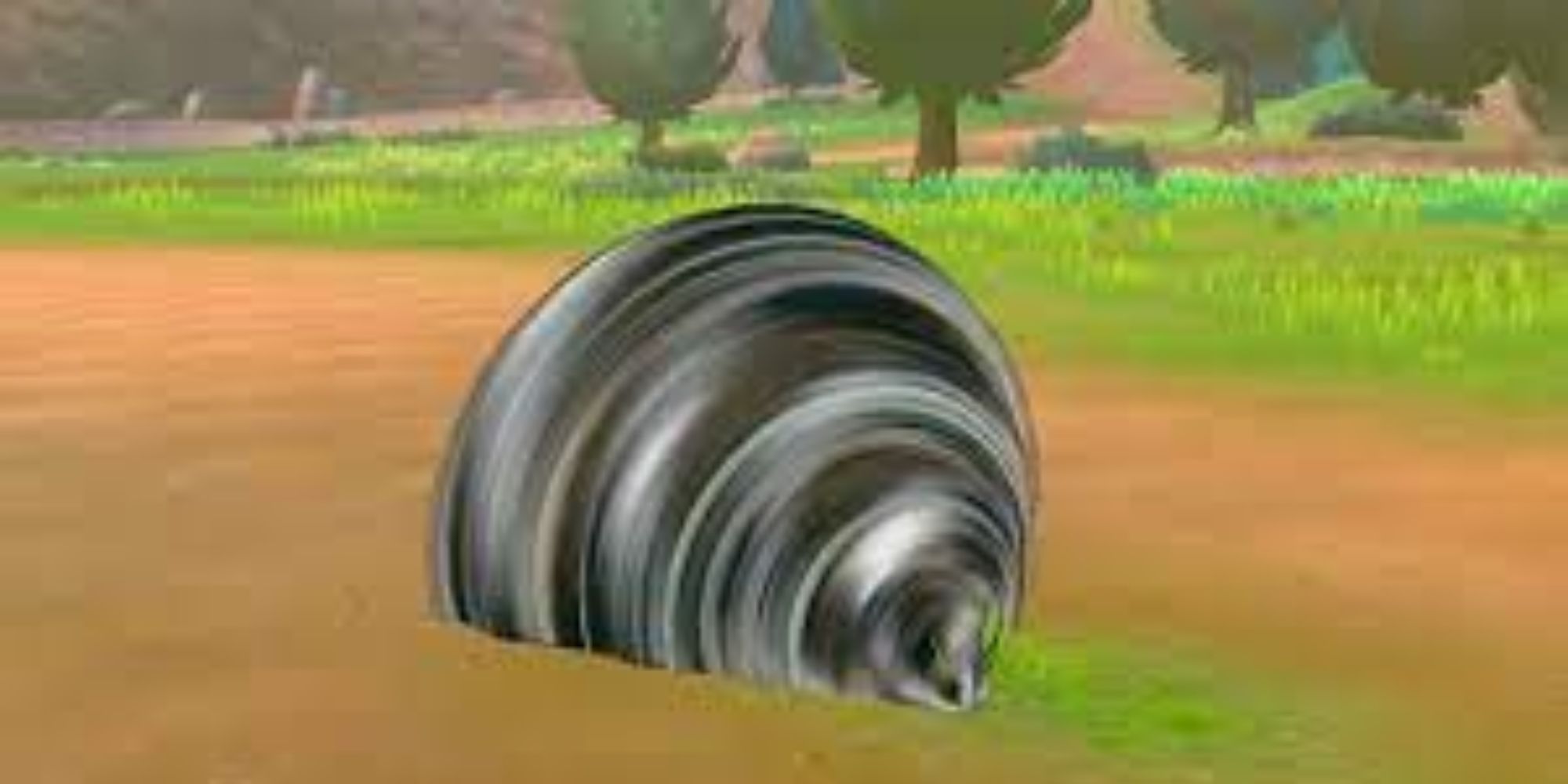 Drawing upon the inspiration of real-life construction vehicles, the creators of Pokemon got super creative for this ultra-physical Ground-type move.

When using Drill Run, your Pokemon will contort its body in a drill-like fashion burrowing itself into the target with major repercussions that usually result in a critical hit. Learned by only a handful of Pokemon, the peripherals warrant learning it as the power and accuracy rating are both over 80. 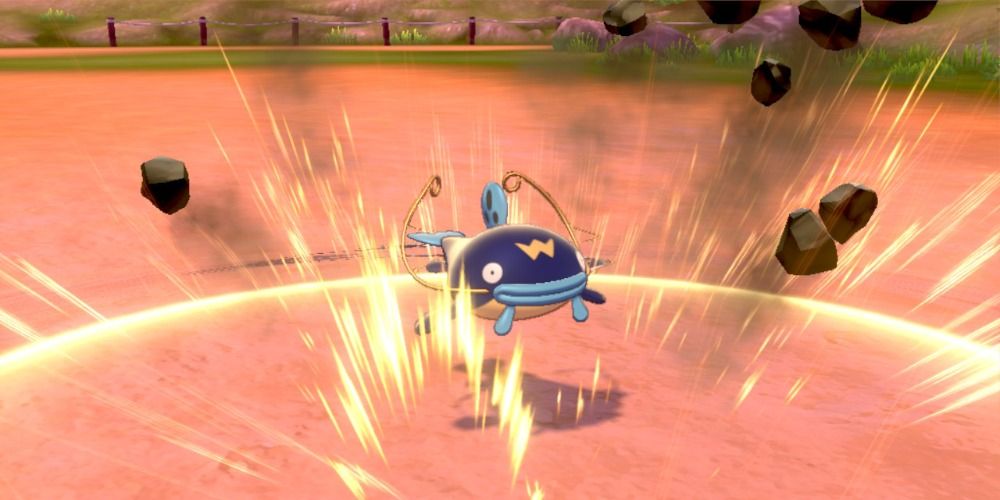 Like a child upset about not getting a toy at the store, using Stomping Tantrum has your Pokemon throw a fit-out of pure frustration. If used on the turn after the user misses with their attack, the damage power of 75 is doubled, making it the strongest Ground-type move in the game.

It also has an accuracy rating that will refrain it from ever missing, so wisely teach it to a Pokemon which has other moves that have a tendency of missing from time to time. 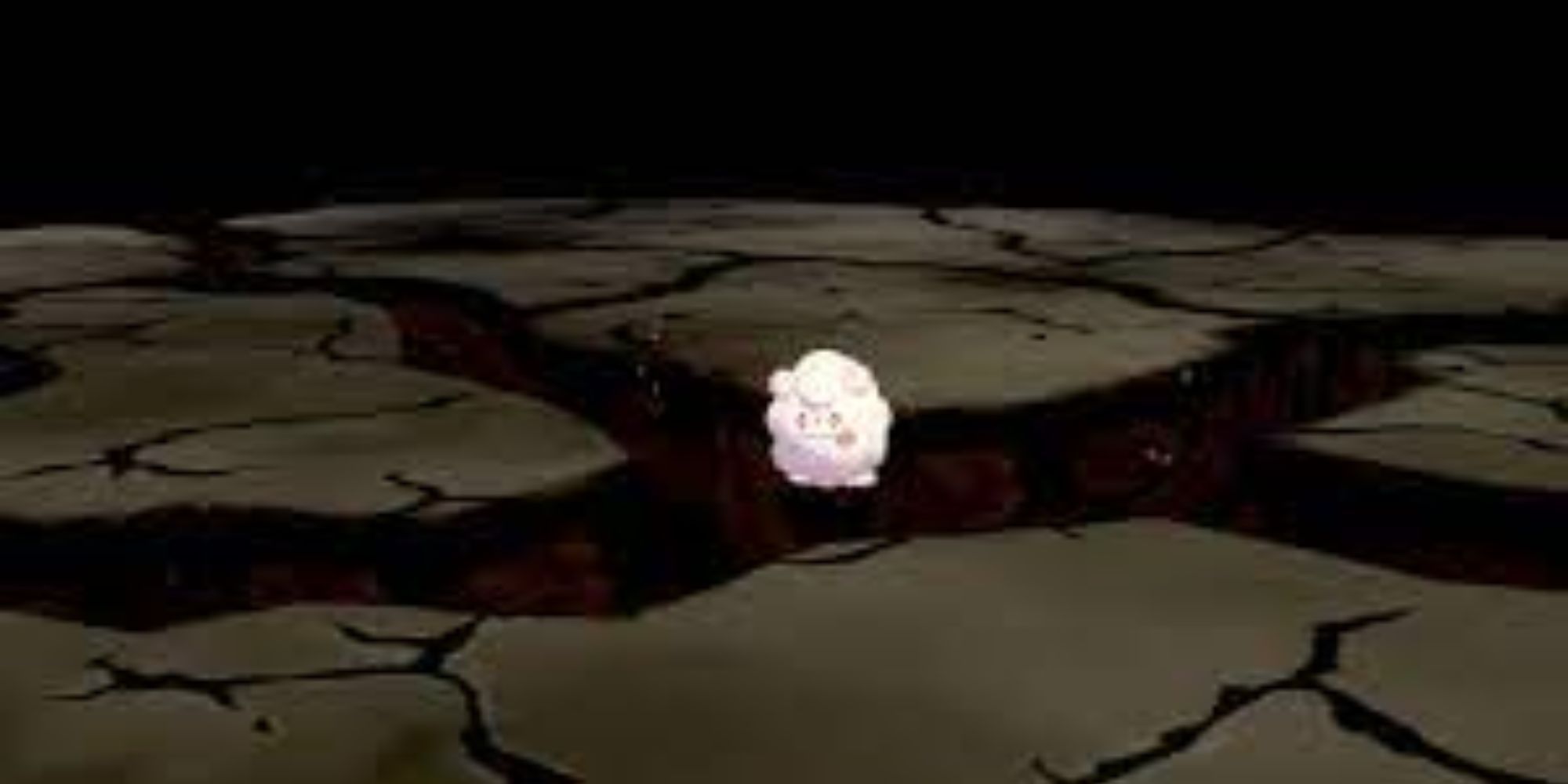 A move created for the players willing to take a gamble, there is no move throughout the Pokemon series that's like Fissure. With an unknown accuracy rating that changes every time you enter a battle, the high-risk high reward-move guarantees to make the target faint by creating a crater in the earth that the foe plummets into.

The problem with this move lies in its low PP of five, which in rare cases can lead to the user missing five times without ever hitting its target. As a Hail Mary type of move though, it can come in handy if you roll the dice in a tricky situation. 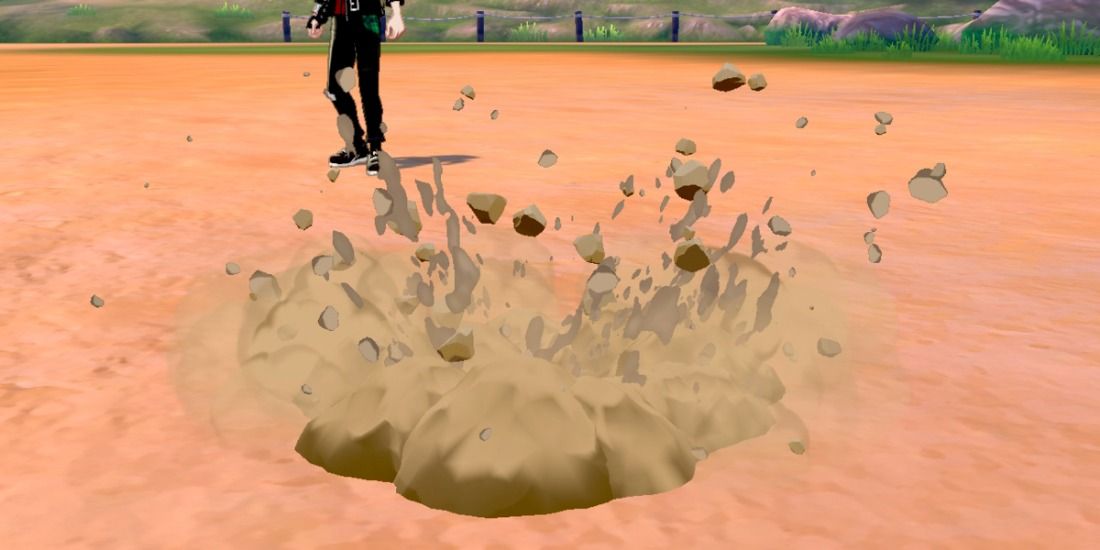 Another classic move that's been around for over two decades, Dig is known for its two-turn setup that requires you to waste a turn burrowing yourself underground. While underground, however, your Pokemon is practically immune to taking damage – aside from a negative status effect or move that pierces the ground which can rarely occur.

In the set-up stage of the turn, your Pokemon will muster power from rising through the cracks of the surface, exploding right below the target with a devastating blow. The outcome is a move that carries an 80 power rating, and perfect accuracy. To note, the technical machine is located in the Ruin Maniac cave. 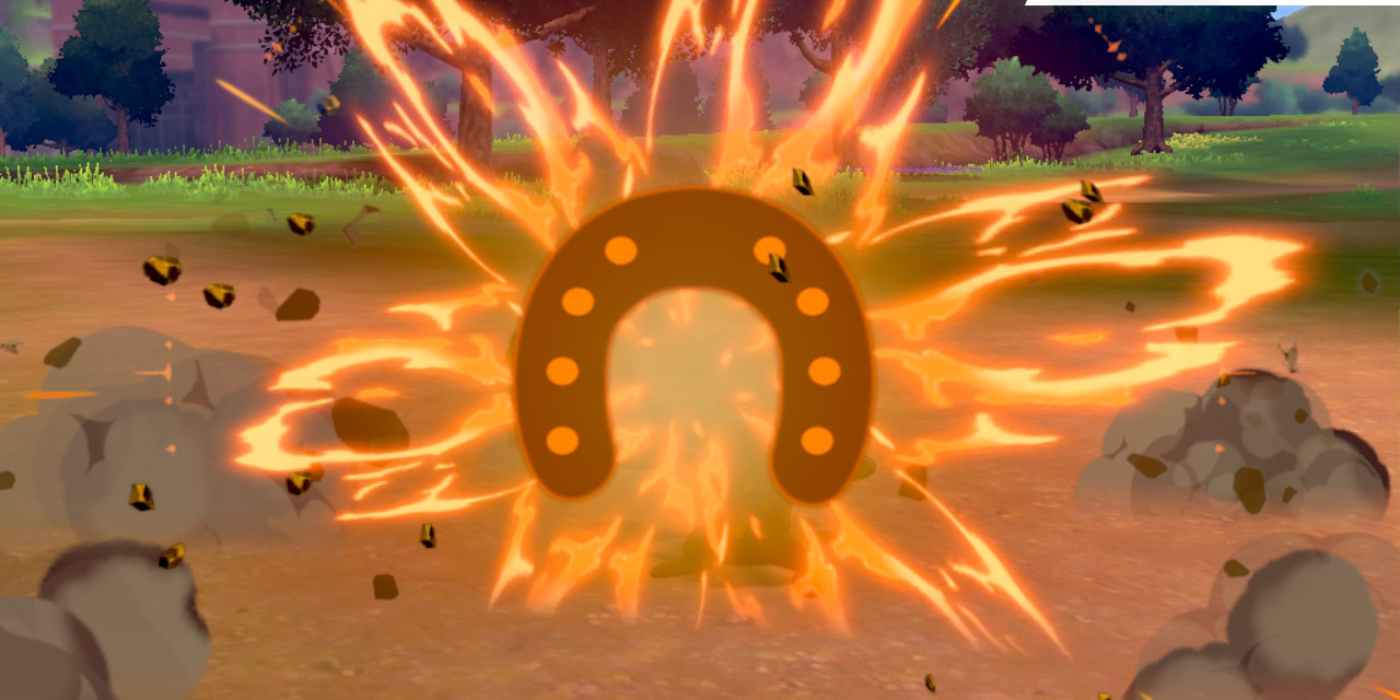 A move that came to fruition in the prior generation's games, Pokemon Sword and Shield, High Horsepower is one of the strongest and unique-looking Ground-type moves available. A pretty rare move, it can only be learned by four different species, making it a must-learn move if given the opportunity.

With a blaring 95 power, your Pokemon physically slams the target with power geared up from its own body, at a clip that only misses five percent of the time. 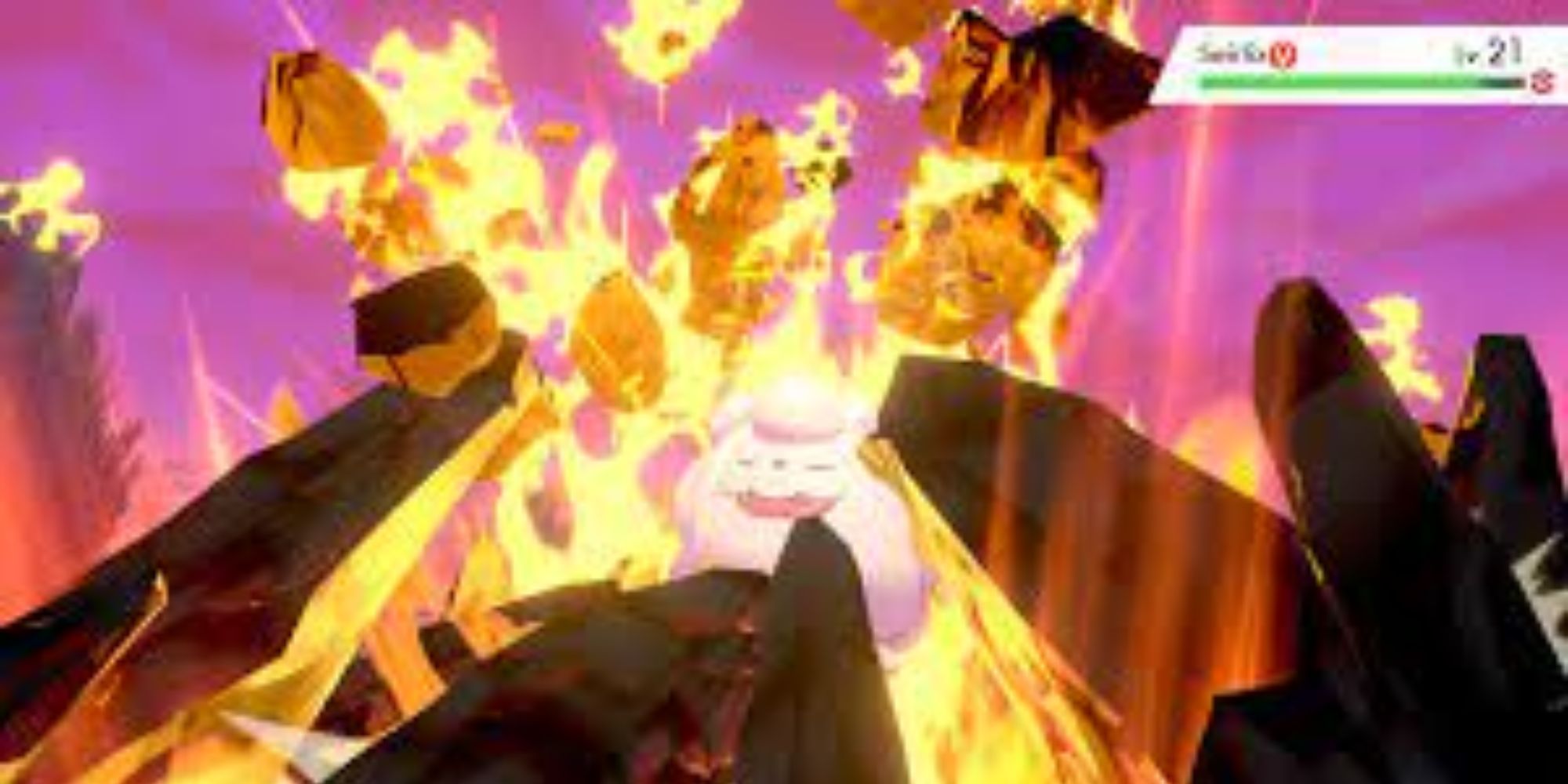 Similar in style to the Rock move Ancient Power, this Ground-type special attack features the user conjuring power from beneath the surface and exploding it from underneath the foe with a ton of force behind it.

The devastating move packs a mean punch of 95 power that never fails to hit the target, with a potential bonus that harshly lowers the Special Defense stat of foe if there's contact. Learned by nearly every Ground-type in the region at some point through leveling up, it is worth seeking out if you desire a powerful move that has stat changes tied to it. 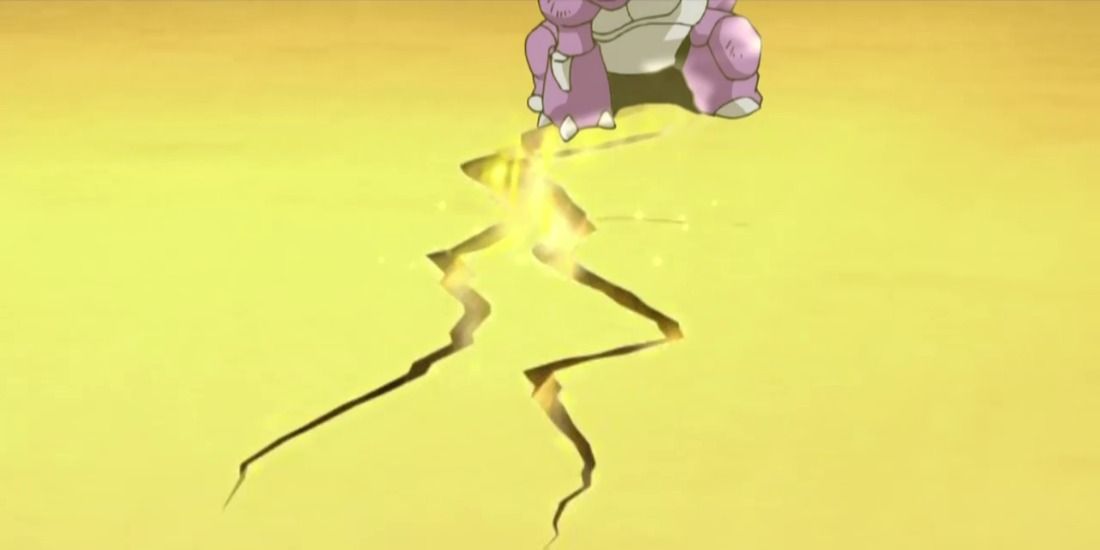 Perhaps the best technical machine you can find in the game, this heavily hidden move can be found on the basement floor of Wayward Cave after completing a brief puzzle. A move that's been around since the days of Pokemon Yellow, Earthquake has remained one of the top-tier Ground-type moves and nothing seems like it's going to derail it from remaining here in future titles.

If the spectacular 100 damage and perfect 100 accuracy ratings aren't impressive enough, the diverse collection of 150 different Pokemon that can learn it is quite enticing when assembling a team. 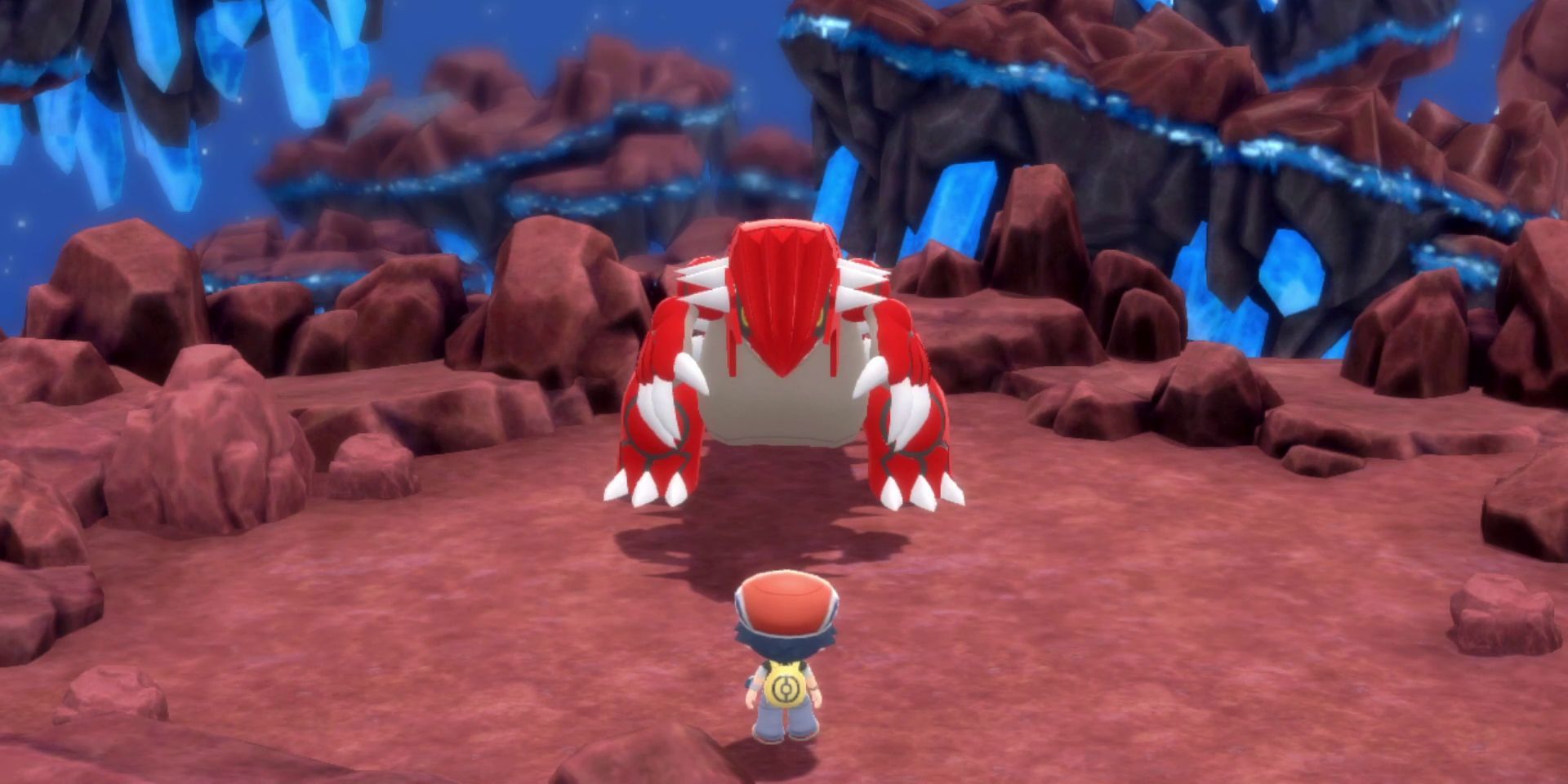 The mascot for Ground-type Pokemon – Groudon has become a fan favorite in the Pokemon community for its recognizable ancient-looking character, and the immense power that the fiery red Dragon of the earth possesses.

Found in Ramanas Park, one of its signature moves happens to be Precipice Blades, which understandably has the highest damage rating out of any ground move in Generation Eight at a whopping 120 rating. The fearsome physical move shows Groudon hurling jagged stone blades at its opponent, hitting it in dramatic fashion 85 percent of the time.