Pokemon Legends: Arceus shed some light on the creation of the Pokemon universe. The lore of Pokemon has always been a little scarce without many specific details of events, but the game has given us a bit more insight into Arceus and the creation trio: Dialga, Palkia, and Giratina. It turns out that these three don’t like each other very much.

Dialga and Palkia played the biggest part in creating the Pokemon World, as it was them who shaped the universe into what it has become. This is the origin story of the mascots of Pokemon Brilliant Diamond and Shining Pearl: Dialga and Palkia.

Who Are The Creation Trio? 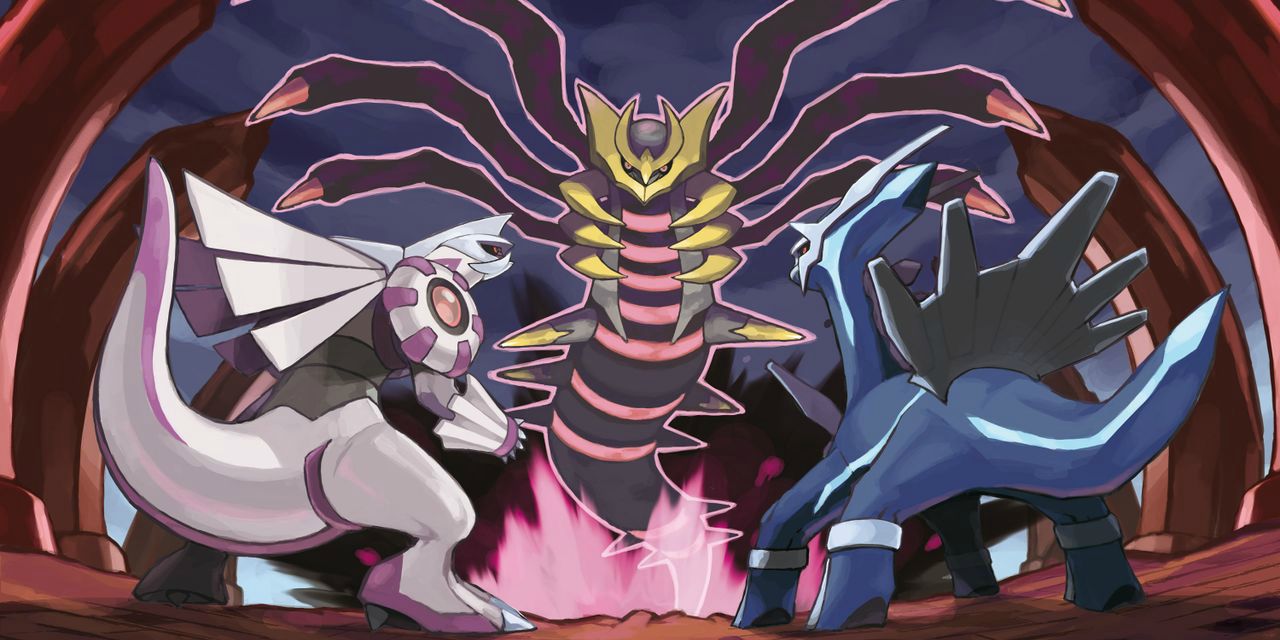 At first, there was nothing but a vast emptiness until a single egg appeared. The first Pokemon, Arceus, was born from the egg and began to create life. It single-handedly created Dialga, Palkia, and Giratina, and gave each member of the creation trio unique powers. Dialga had power over time, Palkia had power over space and Giratina had power over antimatter.

It is said that time started moving once Dialga was born and as long as its heart continues to beat, time will continue to pass. Dialga is capable of slowing down time, speeding it up, or stopping it entirely, and can even travel through time at will. Palkia brings order to the universe, with it becoming more and more stable with every breath. Palkia is capable of warping space and creating alternate realities. They are some of the most powerful Pokemon in existence, so It’s vital that they work together.

Giratina caused plenty of chaos and destruction, which forced Arceus to banish the Pokemon to the Distortion World. Giratina still resides in this alternate dimension outside of the Pokemon World to this day, holding a grudge against Arceus for its banishment. 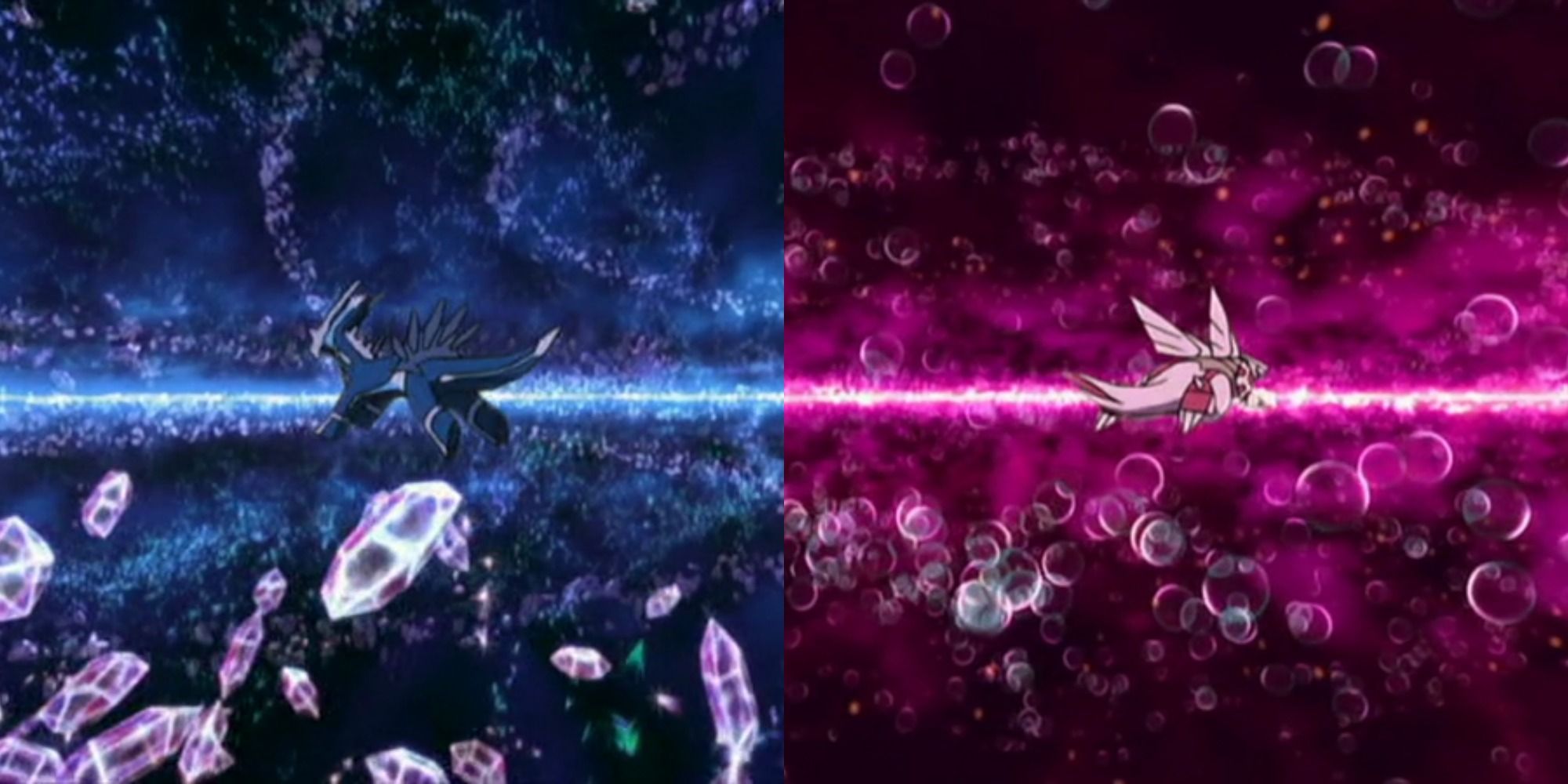 As for Dialga and Palkia, they had some disagreements of their own. They struggled to get along at times, yet they managed to create the Pokemon world and the universe as a whole. To keep them in check, Arceus created the Lake Guardians, also known as the lake trio. The Lake Guardians consist of Uxie, Mesprit and Azelf. The trio has the ability to calm down Dialga and Palkia when they get enraged. Legends say the Lake Guardians also created the minds of every human in the world. Uxie brought knowledge to people, Mesprit emotion, and Azelf willpower.

After creating the universe, Dialga and Palkia retreated to the Temporal World and Spatial World respectively. If either Dialga or Palkia were to leave their alternate dimension to return to the Pokemon world, their point of access would be the ancient Spear Pillar at the summit of Mt. Coronet. The Spear Pillar was manufactured by the ancient Hisuian society that once lived on the land that is now known as Sinnoh. 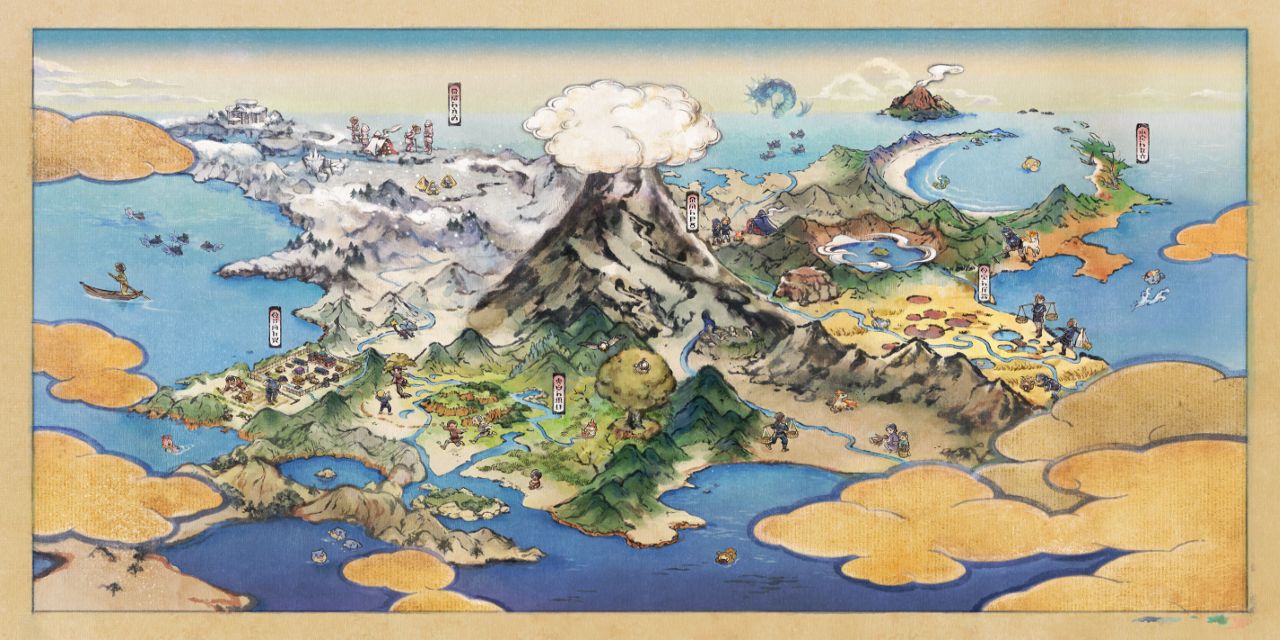 There were two popular clans during the Hisuian times: the Diamond Clan and the Pearl Clan. They each believed in their own god, who they referred to as the almighty Sinnoh. They often had major disagreements whether the almighty Sinnoh created space or time. Eventually, the two clans encountered Dialga and Palkia, and realised both were somewhat right. While they thought Sinnoh was one being, Dialga and Palkia worked together to create the universe. They were both equals.

Despite being in the Distortion World, Giratina still found a way to manipulate the Pokemon world by creating a space-time rift. This rift caused Dialga and Palkia to become enraged, created Alpha Pokemon, and even caused Noble Pokemon to go berserk. Thankfully, the player character in Pokemon Legends: Arceus eventually finds a way to quell the two Legendary Pokemon, ending the crisis in the Hisui region.

The Generation Four Legendary Pokemon are some of the most interesting in the entire series. Other than Arceus, Dialga and Palkia were the two most important players in the creation of the Pokemon universe. Arceus may have created them, but it was up to Dialga and Palkia to shape the universe, and they did a very good job of doing so.