When we’re traversing through each region in Pokemon, our mission is pretty straightforward: train a team, kick some butt, become the champion. But that doesn’t mean players haven’t found their favorite gyms throughout the series. The gyms tend to be the main focus of cities in the Pokemon world, with trainers arriving from far and wide for sake of challenging the leaders.

So sure, you might arrive in these places ready for a fight, and you’ll definitely find one when you head to the local gym. But make sure you’re running around town and checking out the sights, too, because being a tourist in these games is definitely encouraged. 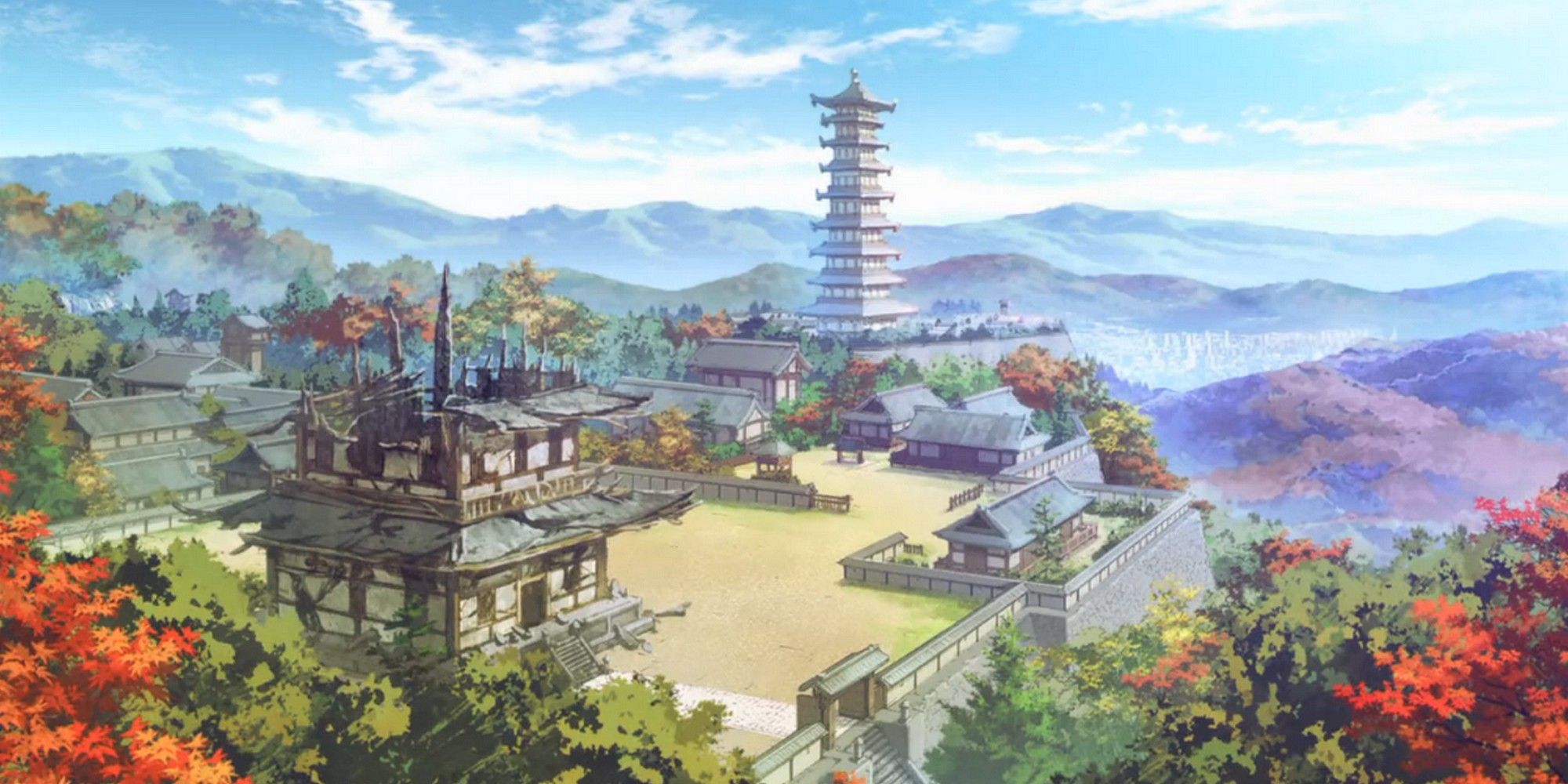 We can’t talk about interesting Pokemon locations and not mention creepy, historic Ecruteak City. Morty’s Ghost-type gym is in a city that takes noticeable influence from traditional Japanese countryside towns.

But Ecruteak is not only central to Johto geographically, it’s critical to the region’s story, too. It’s where you'll find the Bell Tower, Ho-Oh’s roost, as well as the remnants of the Burned Tower, said to once be as gallant as the Bell Tower. Nowadays, though, all that's left is charred remains – the basement of which plays home to the region’s Legendary Beasts.

9 Sunyshore Gym: In A Town With Solar Panels For Roads 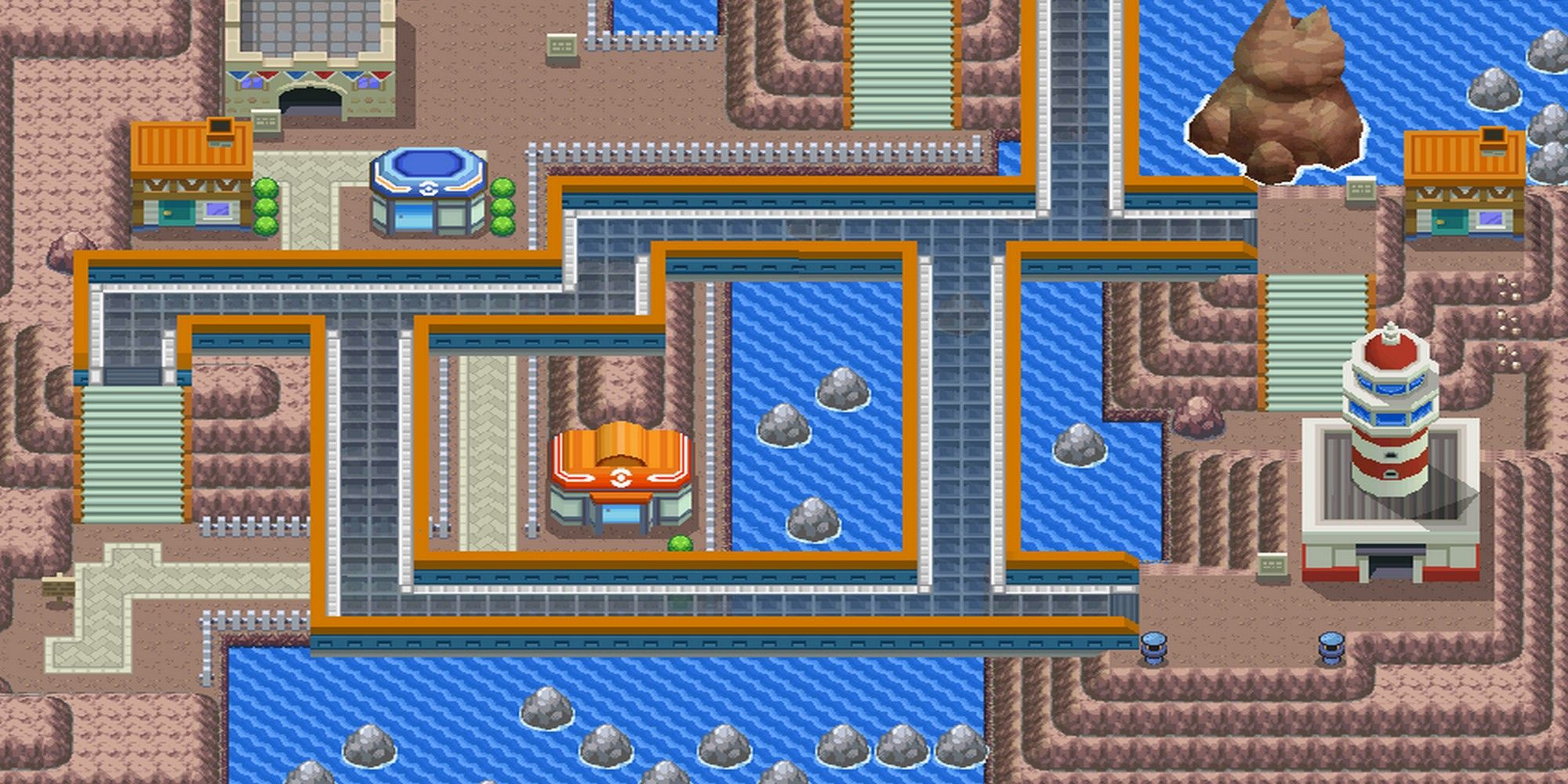 Home to the final gym in Sinnoh, Sunyshore City has some intriguing geography. It’s stretched across a narrow strip of land between a mountain and the ocean, with a few outcroppings here and there. To overcome the difficult terrain, this Electric-type town engineered walkways out of solar panels that power the entire city (well, when Volkner isn’t causing a blackout, that is).

There’s also a lot to see and do in town, too. The Sunyshore Market sells Seals to give your Pokeballs some pizzazz, there's a woman who gives out Ribbons, a Poketch developer might give you an app, and the Vista Lighthouse is where you’ll first find Volkner. 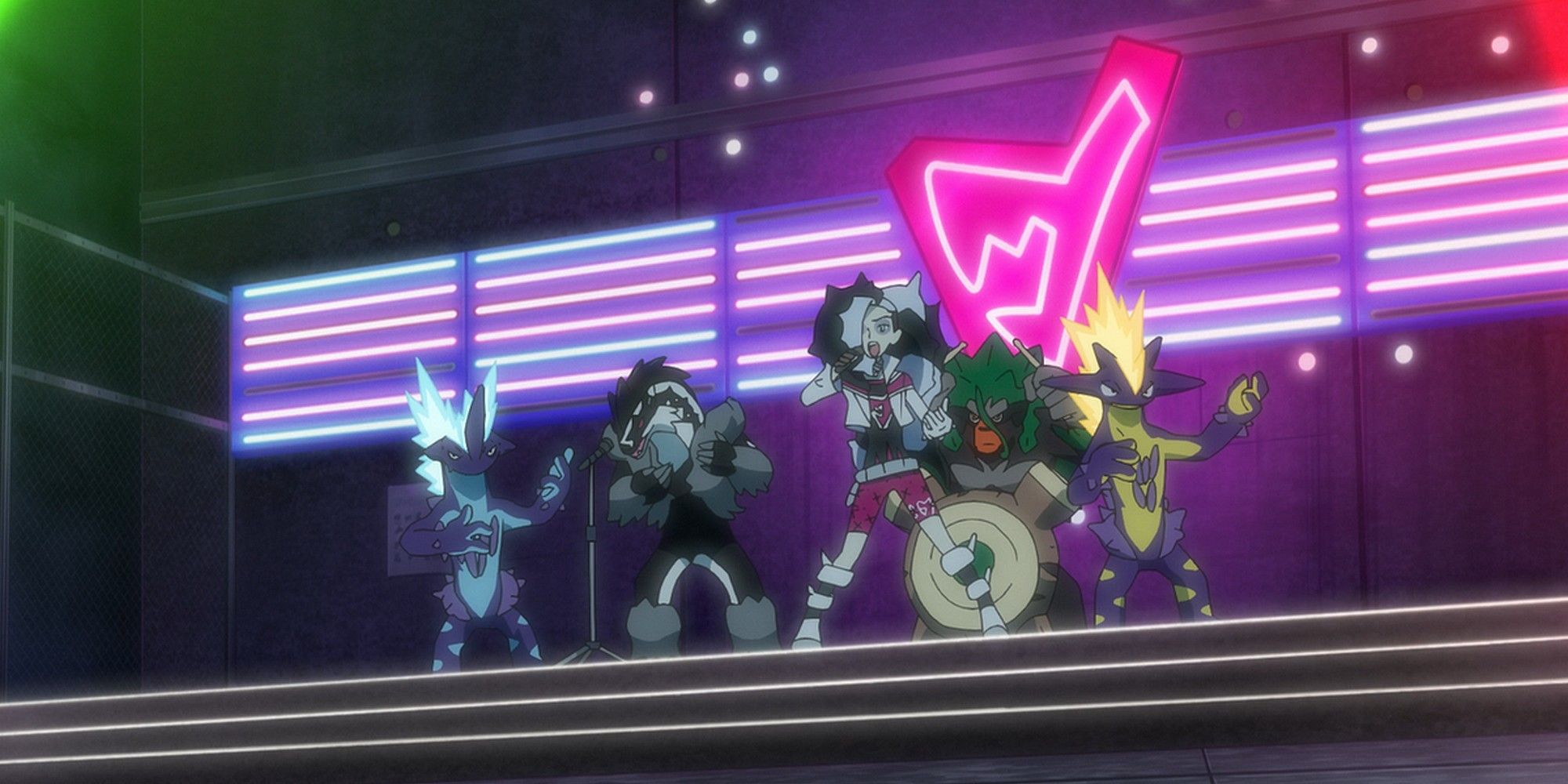 You’ve spent the game hearing from Team Yell about how much they love Marnie, but in Spikemuth, you’re battling them to get to her older brother, Piers. Thankfully, he’s kind enough to stop jamming with his Pokemon punk band long enough to fight you at the music venue when you get there.

Spikemuth is meant to be a small, run-down town, and the game does an excellent job presenting it as such. It doesn’t have a stadium, which sees you battling Piers at band practice. It's dim, dingy, and dark. You can’t even Dynamax in city limits, either, because they don’t have a Power Spot. This coarser edge was a fun departure from picturesque seaside towns.

7 Sootopolis Gym: In An Enormous Crater 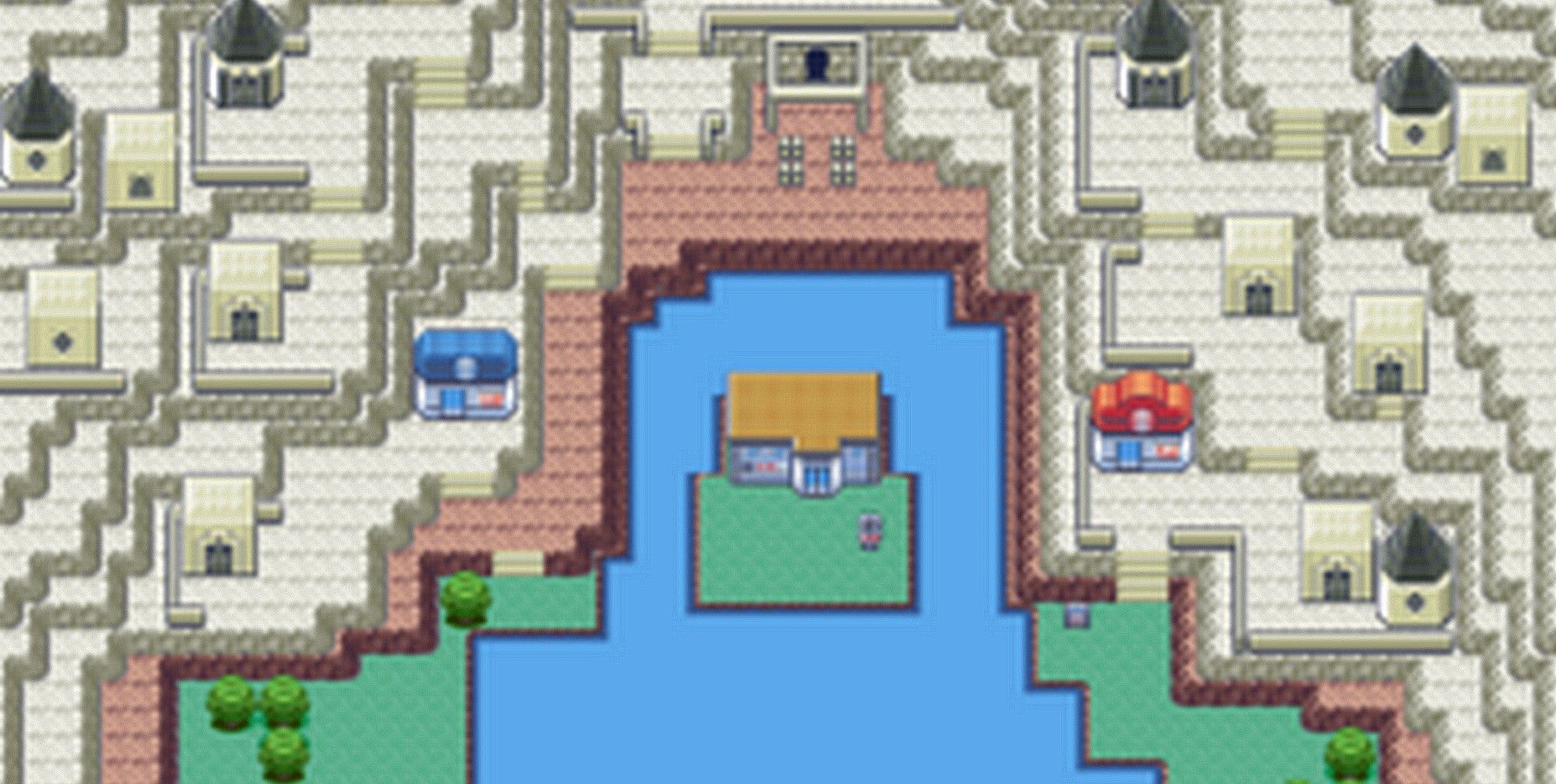 There’s a lot happening in Sootopolis City even outside the gym battle with Wallace (or Juan, if you’re playing Emerald). For instance, it’s where you’ll encounter the games’ Legendaries, Groudon in Ruby or Kyogre in Sapphire. And that’s not to mention that the only way in is by Diving on Route 126 or Flying, either, because Sootopolis was built inside a crater.

The backstory of the crater is different between generations, though. In the original games in Gen 3, the crater was an underwater volcano that erupted and filled with rainwater, forming a livable caldera. In the remakes, the locals can thank a meteorite strike for creating their home instead.

6 Fortree Gym: In A Treetop Town 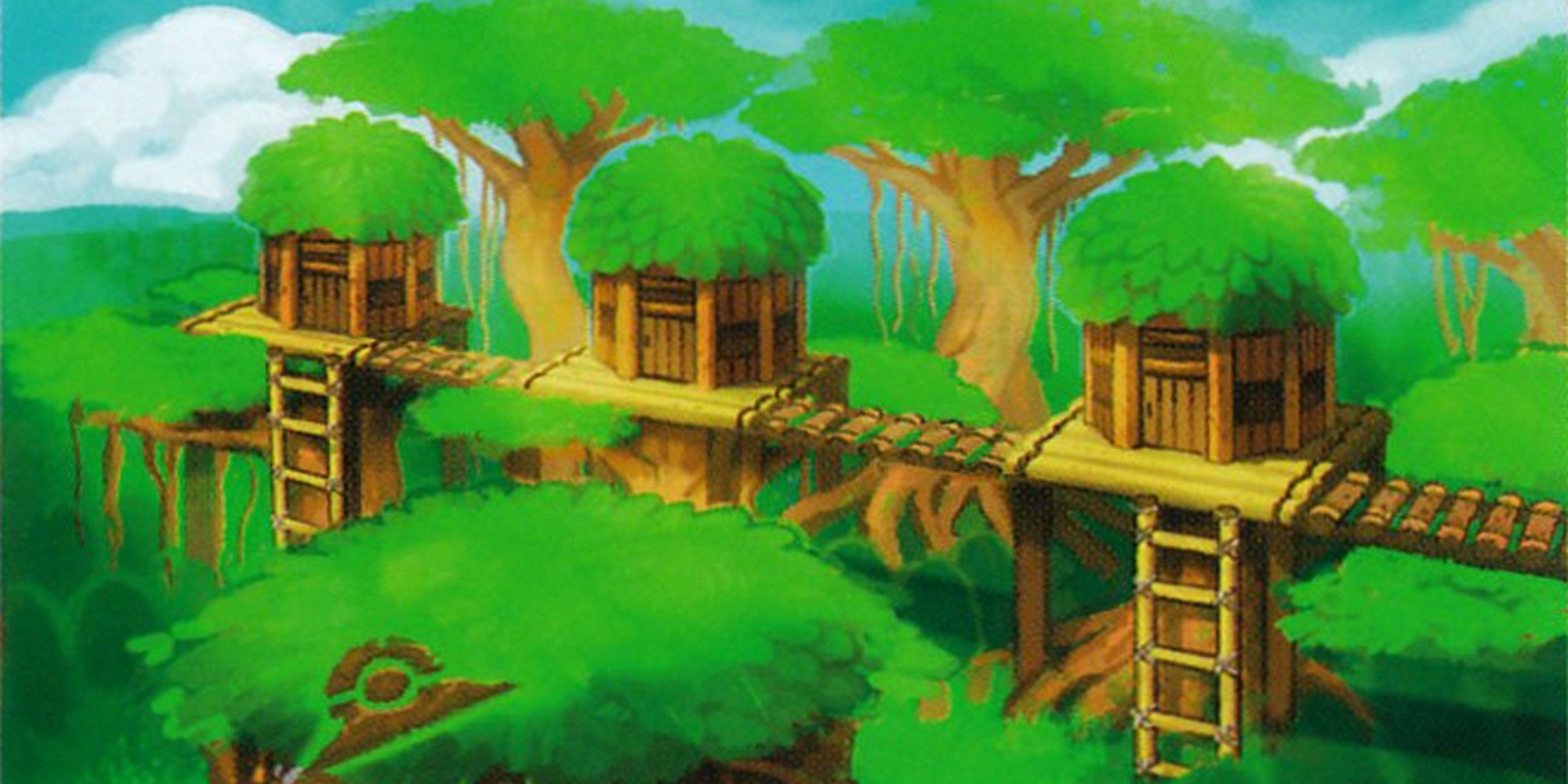 This aptly-named city sits high above the northern coast of Hoenn, where a large volume of rainfall enables the trees to grow to impressive heights. Winona’s Flying-type gym is nestled in a town that consists of treehouses, using handmade rope bridges to get around. Instead of clearing the forest to make space for a town, they just built it inside.

Because the residents of Fortree City live so closely with nature, you’ll encounter some pesty, camouflaged Kecleon that block your paths, so you'll need the Devon Scope here. There’s not a lot to do in town except battle Winona and buy furniture for your Secret Base, but it’s an interesting city in location alone. 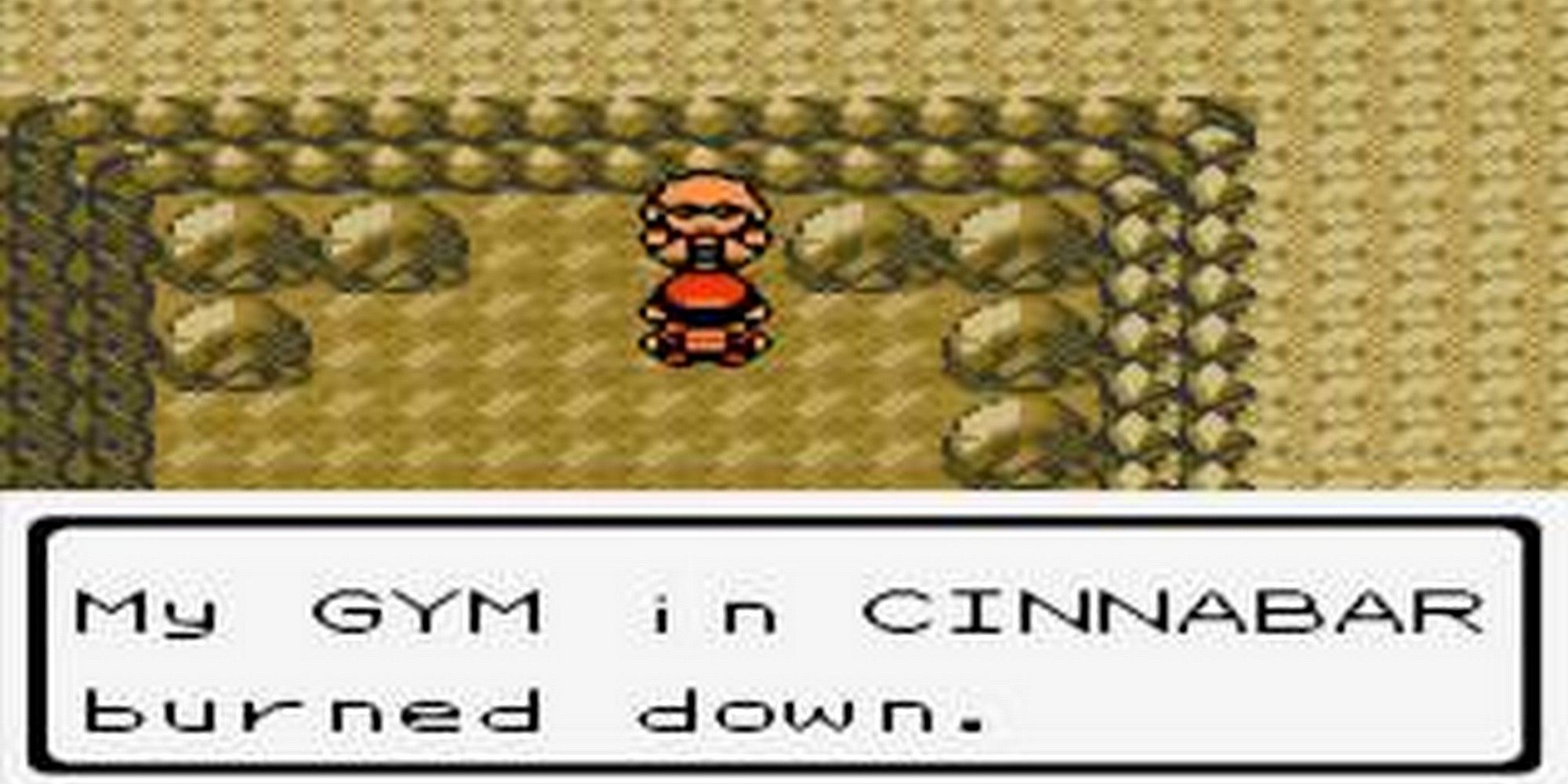 When Blaine got lost in a mountain range and survived only with a little help from Moltres, he dedicated himself to raising Fire-type Pokemon (much like Lt. Surge with Electric-types in Vermilion City). He’s interesting because, while you fight him on Cinnabar Island in Gen 1, he’s relocated by the time you see him again in Gen 2, but not for fun.

Between generations, the volcano on Cinnabar Island erupted and destroyed the town, causing him to flee to the Seafoam Islands. When you see him the second time, he doesn’t even have a house, let alone a gym, but he’ll still battle you for the Volcano Badge, nonetheless. Gotta respect his moxie.

4 Mauville Gym: In The Remakes, And Indoors 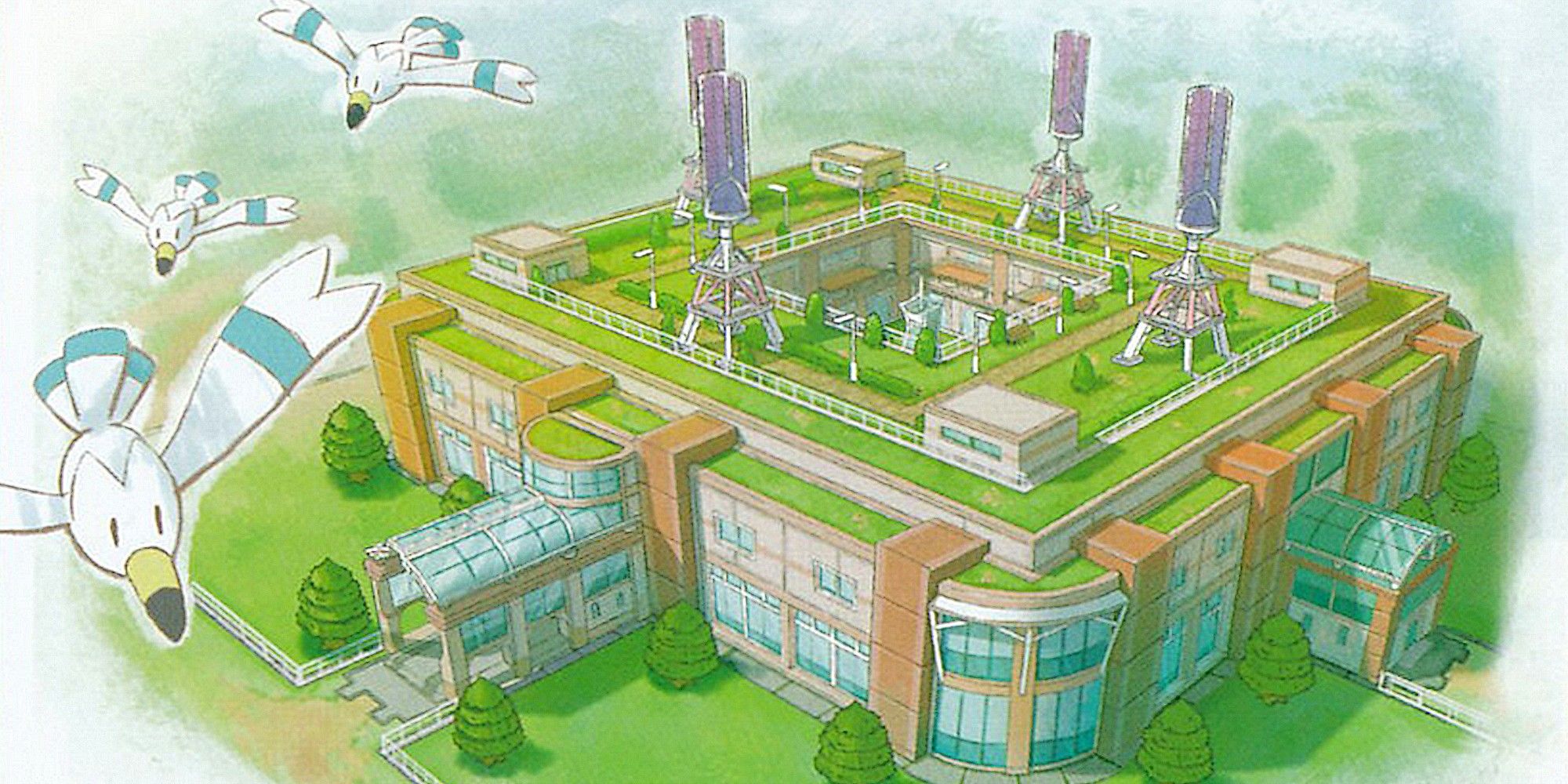 Wattson’s Electric-type gym just one of so many things to do in Mauville City. It’s the main hub of Hoenn and is said to be “at the crossroads of its nostalgic past and new technology.” And we agree, because Hoenn is home to both Wattson’s ambitious overhaul plans for the city, and also a strange number of old men.

In the Gen 3 games, Wattson had plans to overhaul the design of the city, but never followed through. In the remakes, however, the mad-lad has done it, and Mauville City is now a mostly-indoor metropolis. You’ll still find all the fixings of the original Mauville from the old games, just inside now. For some reason… 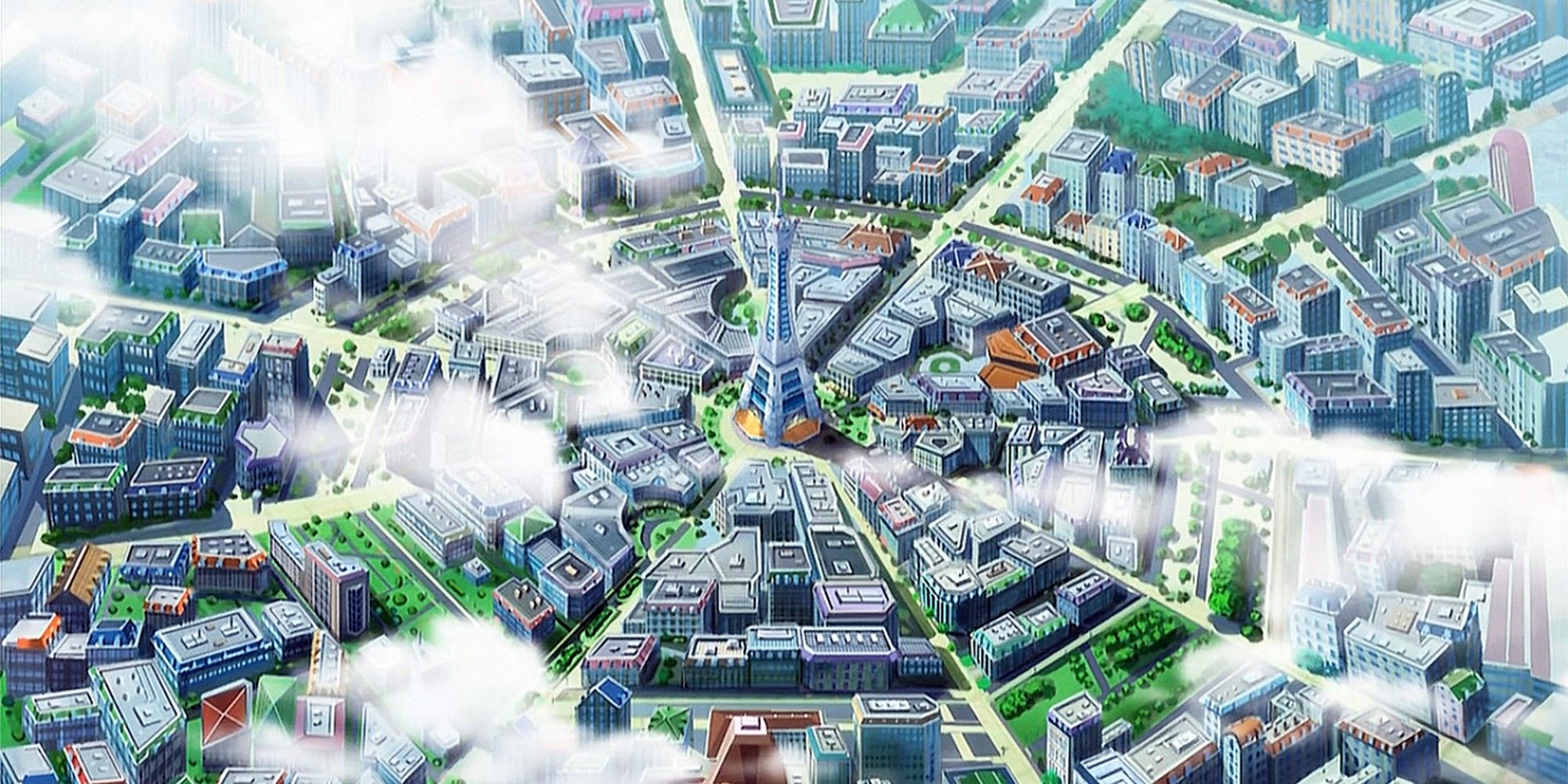 It was announced early on that Kalos would be modeled after France, and Game Freak nailed the "big city in a quaint old-world" feel that covers almost every inch of Paris, the real-world City of Light. Like its IRL counterpart, Lumiose is the biggest city in Kalos – and, fun fact, the entire Pokemon World.

References to France’s capital are everywhere in Kalos, too. The iconic Prism Tower is in a central roundabout, like the Arc de Triomphe. Lumiose is revered, among other things, for its art museum, like Paris has the iconic Louvre. And the Lumiose Gym is inside the Prism Tower, too – imagine going to Paris just to fight a teenager at the Eiffel Tower. 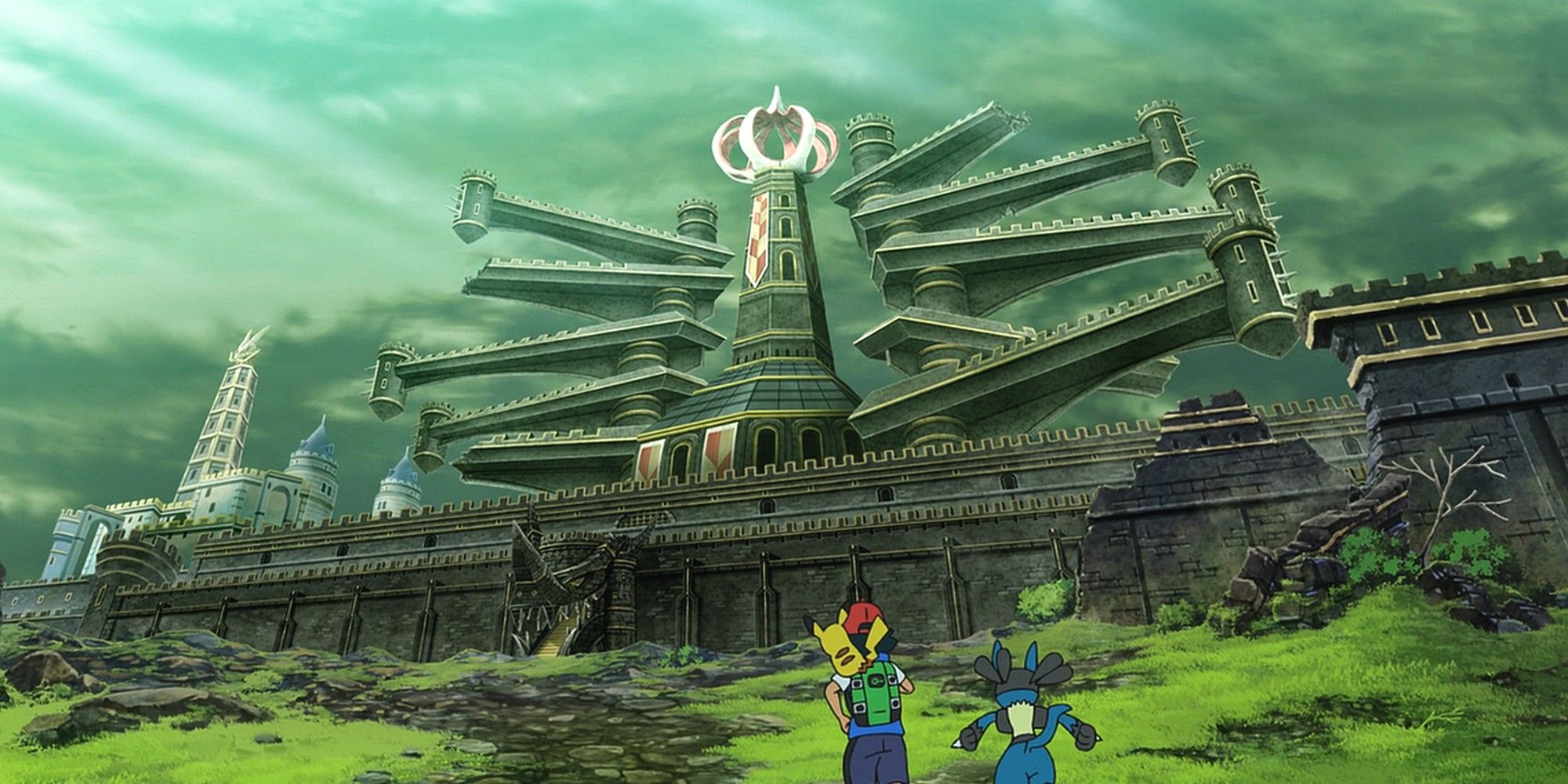 Situated in the center of Galar, you see Hammerlocke a LOT, before and after you’ve been through it the first of what ends up being several times. Raihan’s Stadium looms big and bold, so much so that you see it all over the Wild Area.

The city is built entirely within the confines of the castle wall, with the Stadium at the center, and it’s so big that there are two Pokemon Centers instead of one to service its trainers and tourists. There’s a lot to do here other than just earning your Dragon Badge, too; Hammerlocke is a historical wonder, but it's also a shopper’s dream. 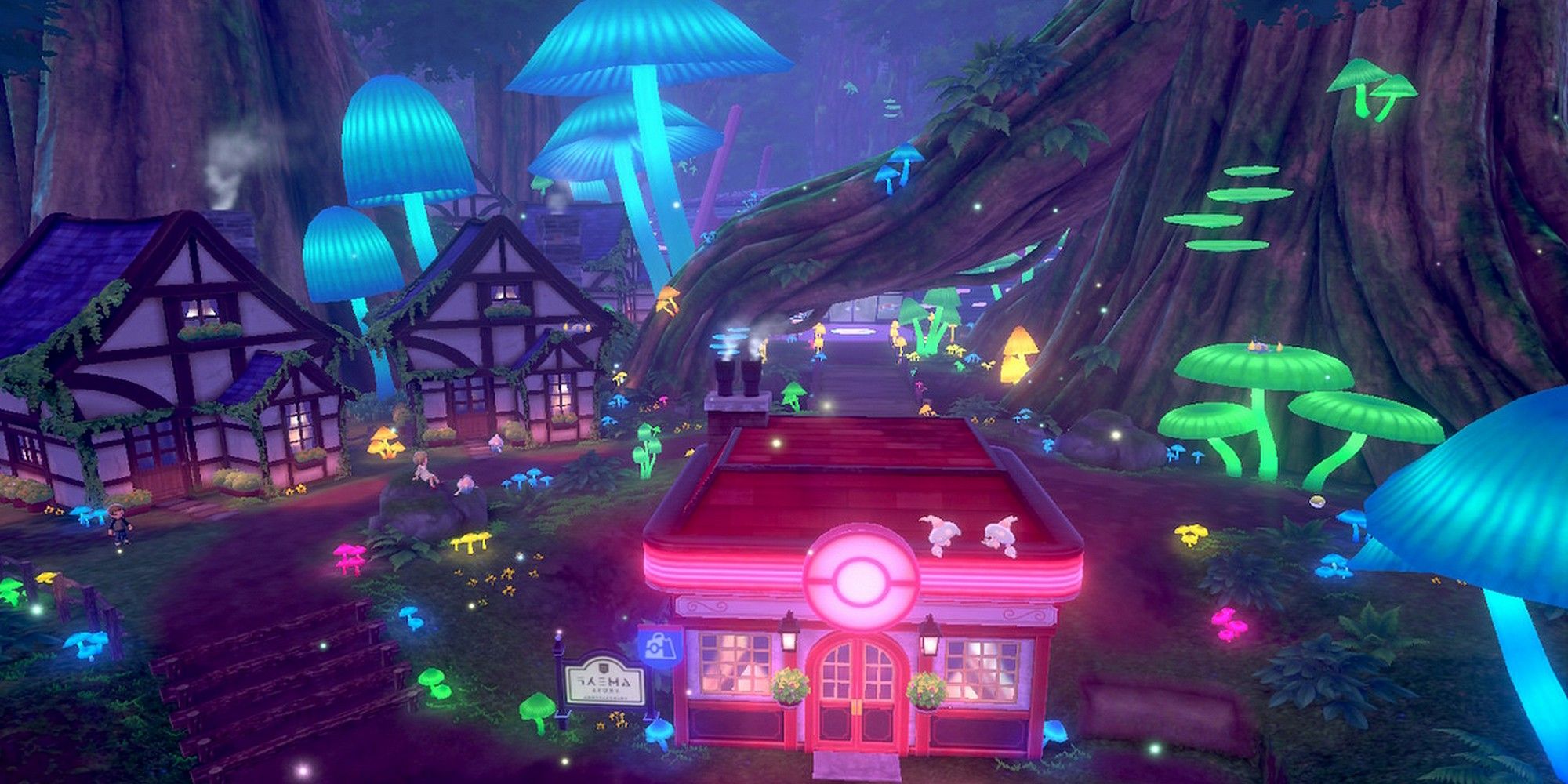 Valerie’s Fairy-type dollhouse gym came first, and it was pretty okay. Then came Mina’s trial, a generational gimmick in Sun and Moon that got mixed reception at best. Finally, Game Freak's third time making a Fairy-type gym was the charm, because Ballonlea in Galar is nothing short of spectacular.

Everything about the town perfectly captures the magic of what fairies ought to feel like. The residents live in Tudor-style woodland cottages, you arrive by navigating through the dense forest of Glimwood Tangle, and the entire city is lit by neon Technicolor mushrooms dotted here, there, and everywhere. We’ve seen Game Freak give their Gym Leaders type-appropriate aesthetics before, but they’ve never hit the nail on the head quite as hard as they did with Opal (and Bede) in Ballonlea.