Velma isn’t good. I don’t feel conflicted about saying that after watching the show and trying my best to avoid all the overblown internet hate. It was doomed from the start really, with edgy adult humour and showrunner Mindy Kaling’s misguided tone failing to capture the appeal of these characters as she turned them into hateful, cynical, and bizarre renditions of personalities that didn’t need changing, only adjusted to fit an older audience while keeping all the same charm we know and love.

We could have had something quite mature and groundbreaking here, but instead Kaling feels far more interested in plastering her own dated ideals and conservative jokes onto a premise that should have been about personal growth and supernatural mysteries. Yes, it features a lesbian kiss between Velma and Daphne and even subverts typical character tropes in a few ways, but this interpretation of Mystery Inc is so spiteful that it becomes difficult to root for any of the members involved, let alone relate to them.

Ever since the first teaser trailer and synopsis for Velma dropped back in 2022, we labeled it a disaster. Shaggy is a rebellious stoner with a heart of gold, Fred is a preppy rich kid satirising white privilege, while Daphne fills the role of an ultra-attractive popular girl with no interest in losers like Velma, who herself is the typical pile of tropes female Indian characters are so often subject to. You’d think Kaling would know better, but jokes are still made at the expense of her masculine figure, hairy arms, and unattractiveness, tired gags that the wider community has already called out for the misogynistic attempts at humour they are.

There is a lot worth critiquing about Velma, and how despite all the progress adult animation has made in the past decade when it comes to moving past the likes of Family Guy and Big Mouth, there remain efforts which fundamentally misunderstand the medium. Animation is capable of appealing to older audiences without resorting to lazy cultural references, hateful cynicism, and an immature reliance on sex and drugs, but Velma leans into all of these ideas without the writing talent to ever do anything worthwhile with them.

All the cringe-inducing jokes and screenshots you’ve seen go viral on Twitter aren’t fully representative of the show, but they aren’t far off. It’s not good, although this derision hasn’t stopped Velma from taking over online discourse in the same week much better and more progressive shows like Inside Job and Dead End: Paranormal Park were cancelled without nearly as much public outrage.

HBO Max uploaded the Velma trailer to YouTube four days ago, and it already has 9.6 million views and counting. I’m willing to bet that very few of these are huge fans of the show. They are watching out of morbid curiosity, or to soak up the hate that has spilled all over the place in response to the first few episodes. The thing is, HBO won’t be paying much attention to its negative reviews and online conversation when the traffic metrics speak for themselves. If a streaming original is doing numbers and everyone is talking about it, chances are it will end up being renewed for a second season, and we’ll only have ourselves to blame. Velma is a hit, and that’s all it ever needed to be. 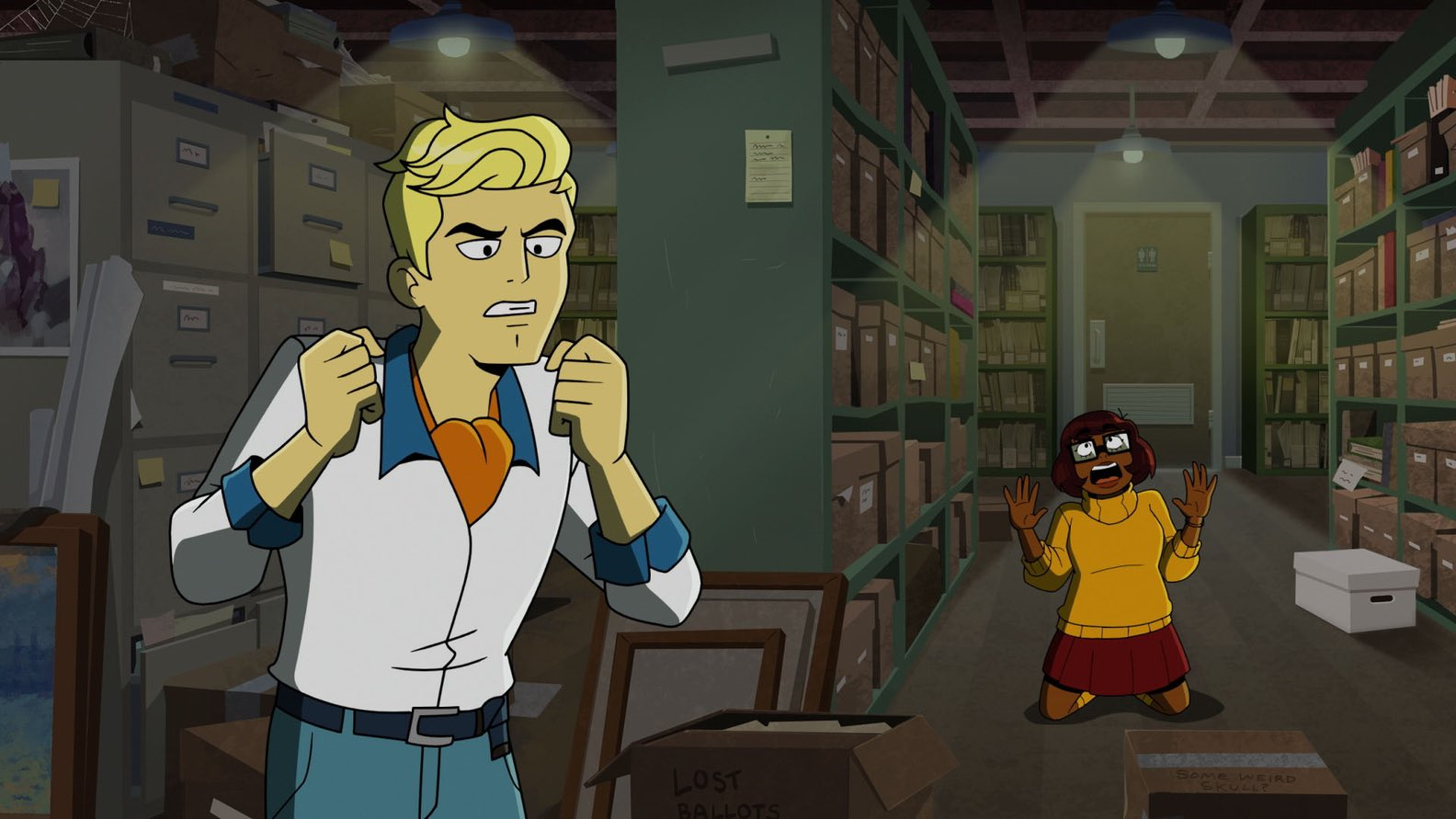 Reboots or reimaginings of beloved properties like Scooby Doo have long become punching bags for reactionary YouTubers and the loudest voices in the room, with wild accusations of the things they loved as children being radicalised by woke politics and inaccurate character designs and stories because they can’t fathom the concept of things moving on and adapting for a newer generation. I hate to say it, but Velma is a rare occasion of them being even the slightest bit correct, which is where this concept of ‘hate-watching’ the show to fuel the fires of vitriol spawned from in the first place. But by leaning into this realm of aggressive hate without the consideration for more nuanced critique, we aren’t doing any better.

We are doing the right thing by bringing Mindy Kaling and her J. K. Rowling tweet-liking ass to task for a show that not only disrespects beloved characters, but turns them into stereotypes with unrealistic motivations. Yet we only assist the bottom line by watching it regardless just so we can dunk on it for Twitter points or join in a conversation that only serves to make us more miserable in the first place. Some of the biggest movie trailers in the world can’t even manage almost ten million views over a long weekend, while hate alone helped Velma reach that milestone. HBO is watching the numbers, not the cultural impact, even more so when it has spent the last year taking down countless animated shows from Max for tax breaks. 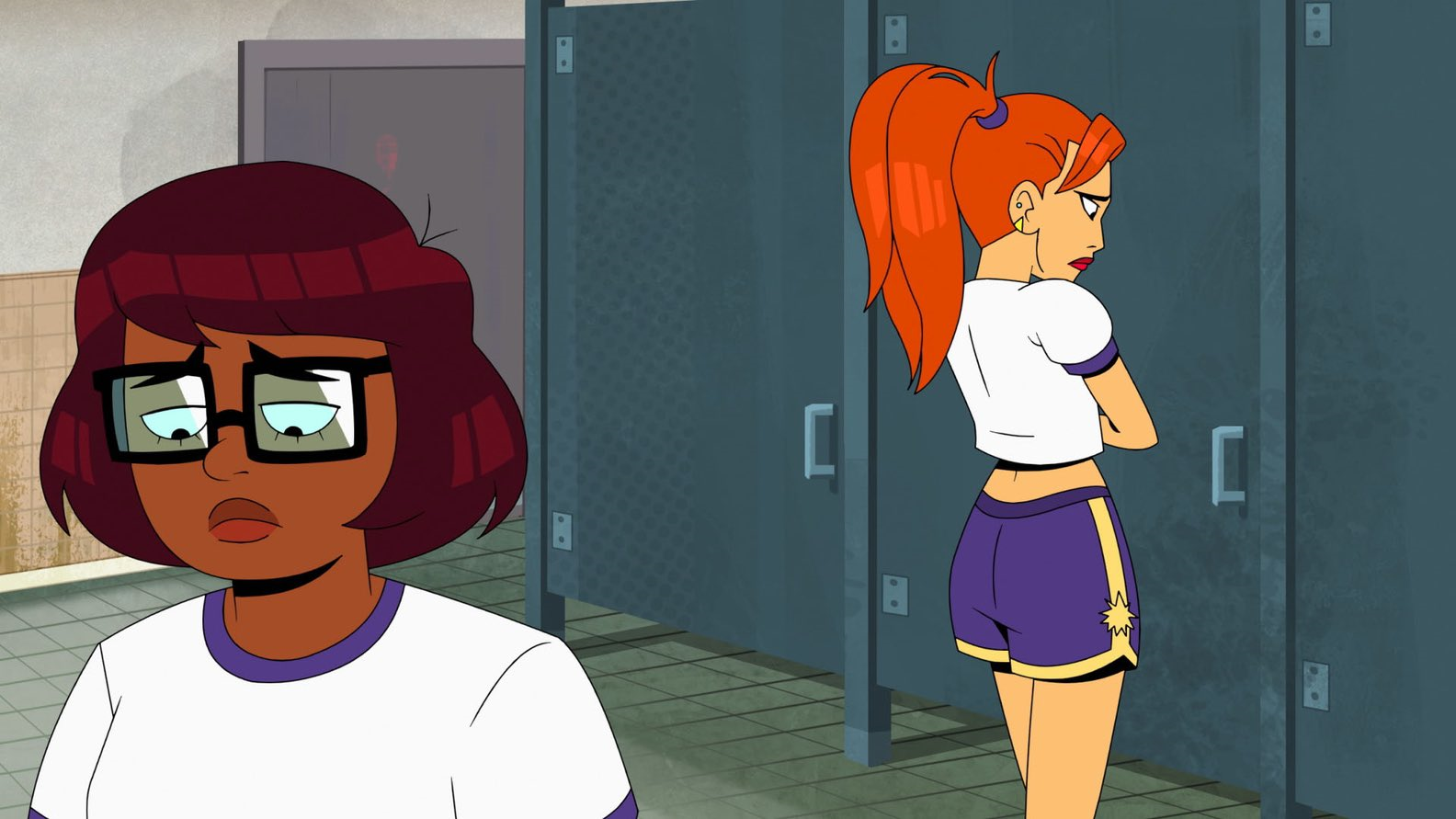 Mutuals of mine who did some incredible character designs and artwork for Velma – the aesthetic of which is one of the few positive things about it – are subject to online abuse purely for being involved, because those dunking on Velma don’t understand the root cause of its flaws or where to point their fingers at, they merely enjoy hating on things for the thrill. We could instead be lifting up better shows and creators so they actually have a chance to tell their stories instead of clinging onto the nostalgic husk of a mediocre reboot.

Velma could have been quite special, and I wish it was, but it feels like an awkward half-step between a bold reimagining of the Scooby Doo universe and a self-indulgent spiral of hate directed at the people Mindy Kaling really didn’t like in high school. There is nothing wrong with labelling it as disappointing or critiquing how it represents the cynical reality of adult animation in the eyes of corporations right now. But we knew it was going to be bad, and still we’ve spent the past week watching it, memeing it, and drawing more eyes onto a show that, by our own admittance, doesn’t deserve the attention. So why are we giving it the spotlight?